Abuse of women is a rampant social issue that has got lots of advocates speak up in the hopes of ending the disgusting practice. This is exactly the case of a Waffle house diner in America who saw a fellow customer verbally and physically abuse his female companion.

When the commotion on the other table got out of hand with the abusive man putting his hand around the woman’s neck, the concerned diner who is a Gulf War veteran lost it.

The veteran went over to the other table to stop the commotion. 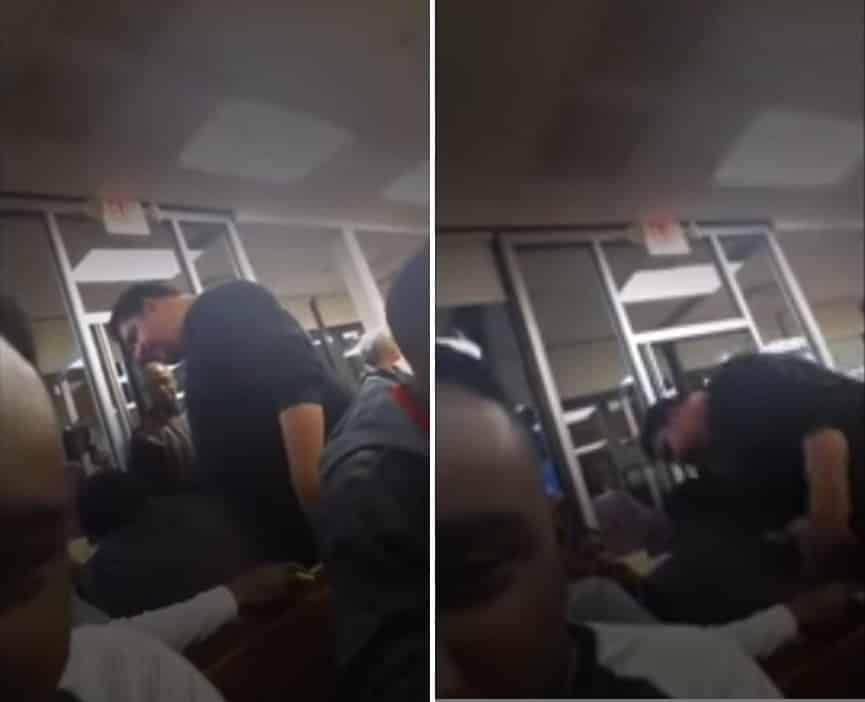 The veteran stomped to the other table, grabbed the other man’s shirt, and said,

“You touch her again and you will be my motherf***ing breakfast.”

The entire scene was filled with profanity and harsh words, indicating that the veteran was completely alarmed by the abusive actions.

“I seen my mother being beaten by a motherf***er like you!”

The other customers got the shock of their lives and started to step back. When the veteran told the man to stand up and fight, the man did not make a move and his friend just said, “He’s good! He’s good!” The confrontation ended when the man ran out of the diner after the veteran finally let go of his shirt.

The beefy man stormed over and grabbed the woman beater by the shirt. 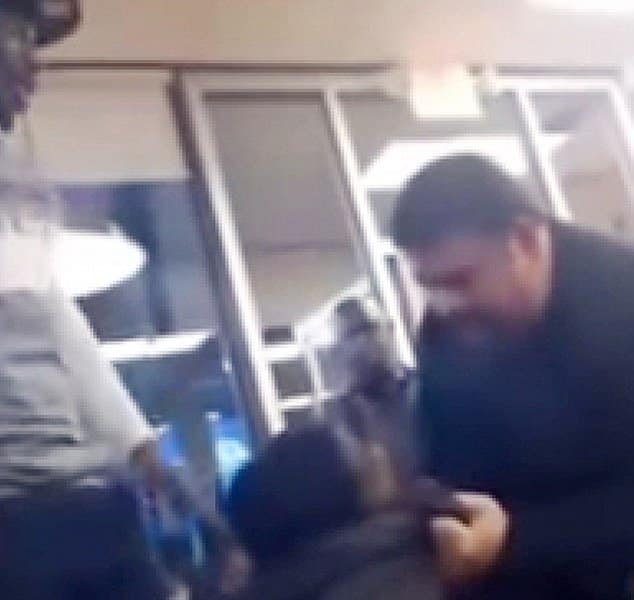 The woman beater was completely terrified as the veteran was much bigger than him. 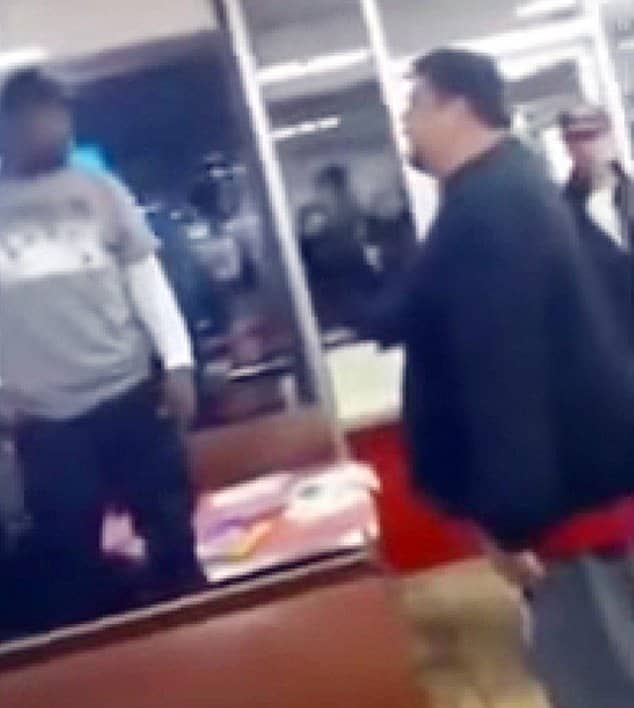 A woman who claimed the heroic man was his husband commented on Youtube.

The man everyone is calling the “Big Bad Ass Trucker” is my husband. He is actually a Hispanic, Disabled Gulf War Veteran. I had to put that in there because of all the racial comments going back and forth. This had nothing at all to do with race.

What nobody saw was when it all started. The little piece of sh*t was screaming at his woman and then put his hands around her throat and started choking her. No one stepped in to stop it so my husband did. We have no tolerance for violence in my family. We have zero tolerance for any violence against women. The only reason my husband jumped in was because no one else had the balls to do anything about it. The little b*tches didn’t get tough until my husband started walking away. Then they were going to shoot him with what their hands… I am very proud of what my husband did that night. We have been together for 24 years and have 3 beautiful children together. My husband is not looking for a pat on the back or to be called a hero. He only did what he thought was right and I support that 100%.

Although it is not clear where exactly in America this commotion happened, reports said that police arrived shortly after the incident and a man who was believed to be a part of the incident was arrested.

What do you think of this incident? Share your thoughts in the comments below!