With his recent killing of Cecil the lion, American dentist and hunter Walter Palmer just became the most hated man on the internet.

Palmer, who admitted that he paid $55,000 to hunt on Zimbabwe didn’t know that his victim was a celebrated lion in the country. He wounded the animal with a bow and Cecil eventually died 40 hours after that. Cecil was beheaded and skinned.

Animal lovers everywhere immediately hot angry as the news about the killing spread online. Photos of the dentist with the dead lion surfaced on the internet which sparked furtherhatred among netizens across the world. People condemned Palmer for the death of Hwange National Park’s most famous lion.

And that was just the start of things.

The Zimbabewan Tourism Authority dug up old photos of Palmer, killing other animals. 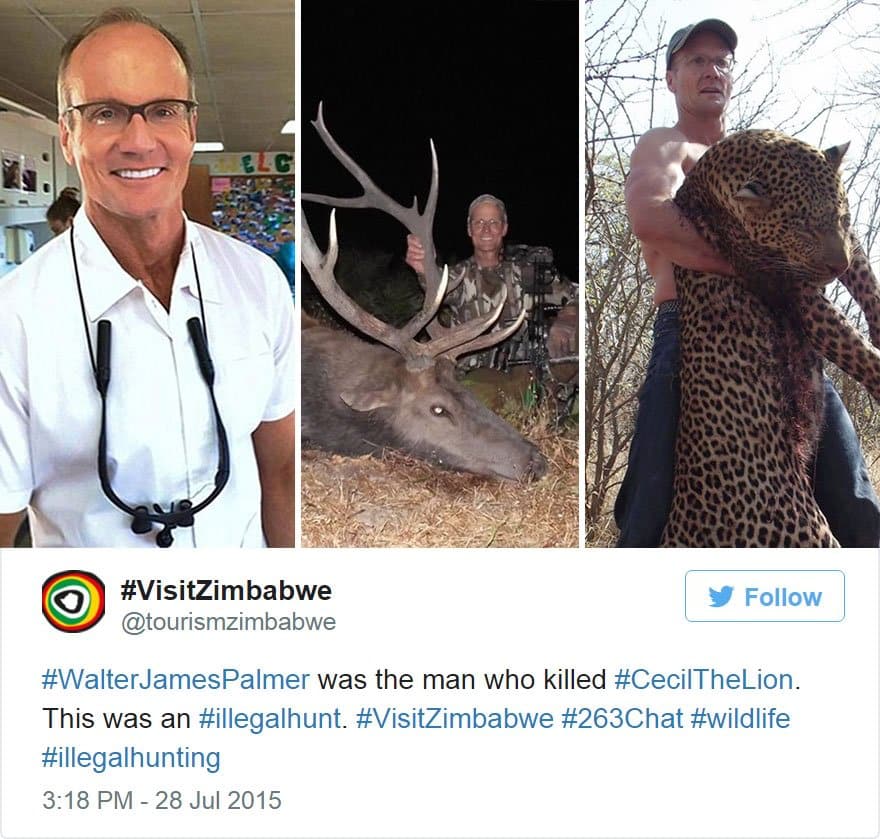 Eventually, he was forced to close his dental clinic. 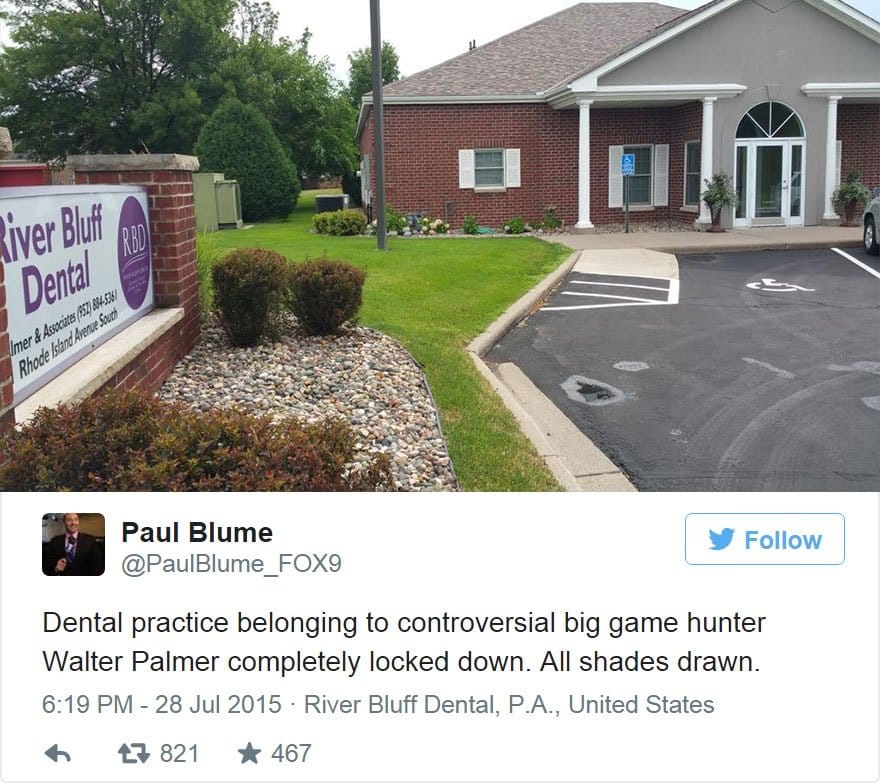 People started placing stuffed animals and this huge sign on his door. 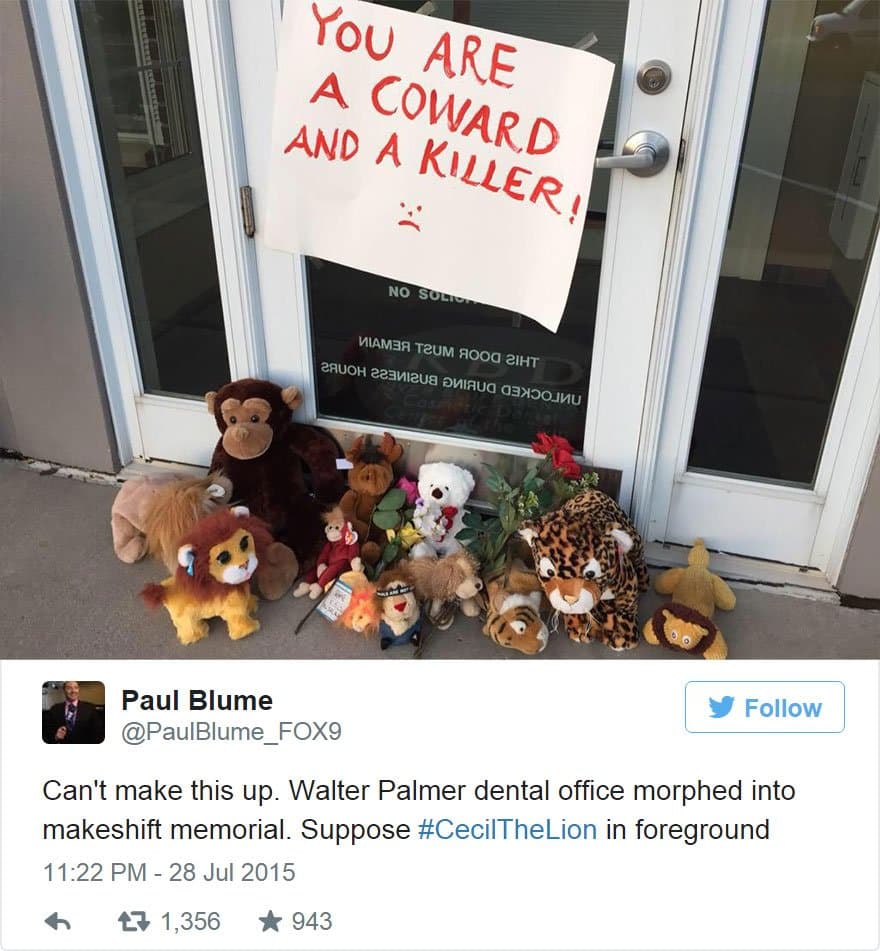 Customer reviews on Yelp are not looking good either. 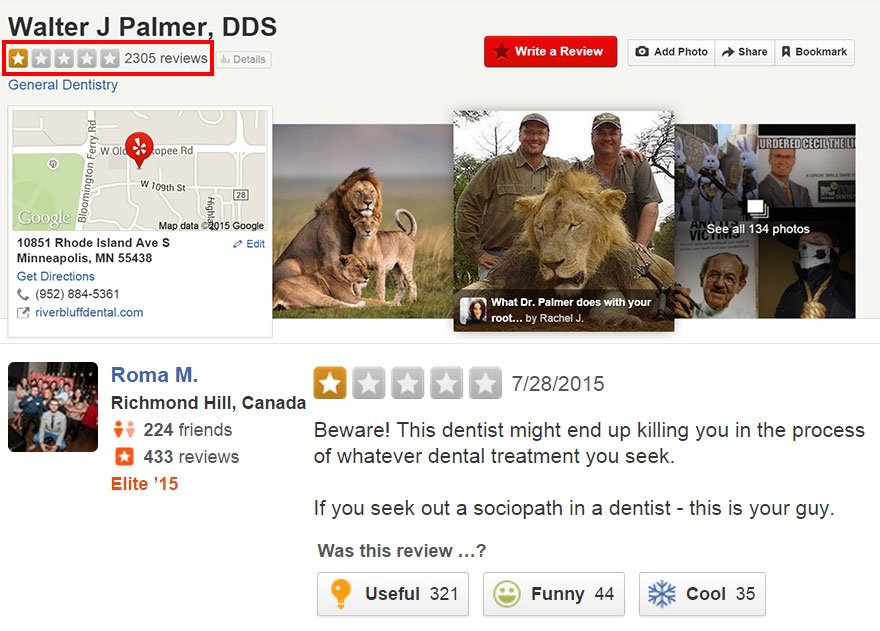 Everyone jumped at the chance of posting negative reviews about him, whether or not they’ve been previous clients.

Actor and comedian Ricky Gervais also expressed his opinion over what Palmer did. 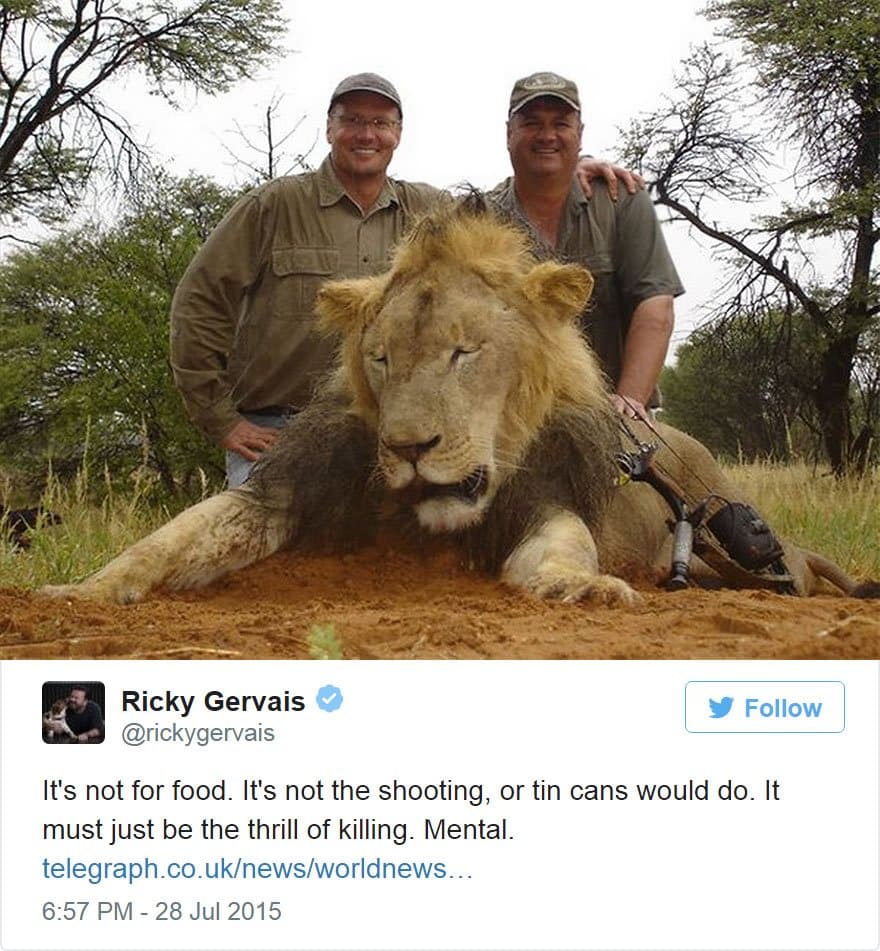 Recently, his vacation home at Marco Island has also been vandalized. 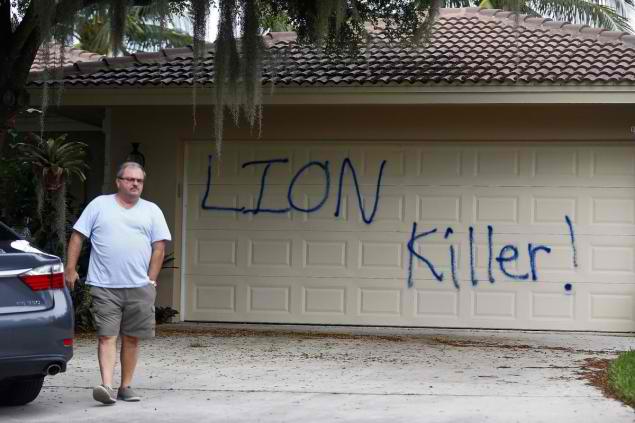 In the middle of it all, Palmer issued a statement saying

“I relied on the expertise of my local professional guides to ensure a legal hunt… I deeply regret that my pursuit of an activity I love and practice responsibly and legally resulted in the taking of this lion.”

Still, people are furious about the cruel act. He has even complained of receiving death threats and had to install cameras on top of hiring armed security.

What do you think about these consequences? Does he deserve it or is it all too much? Leave a comment below and share your thoughts.

This Baby Bear Was Chased By a Lion, Then The Story Takes A Surprising Turn! Try Not to Cry. 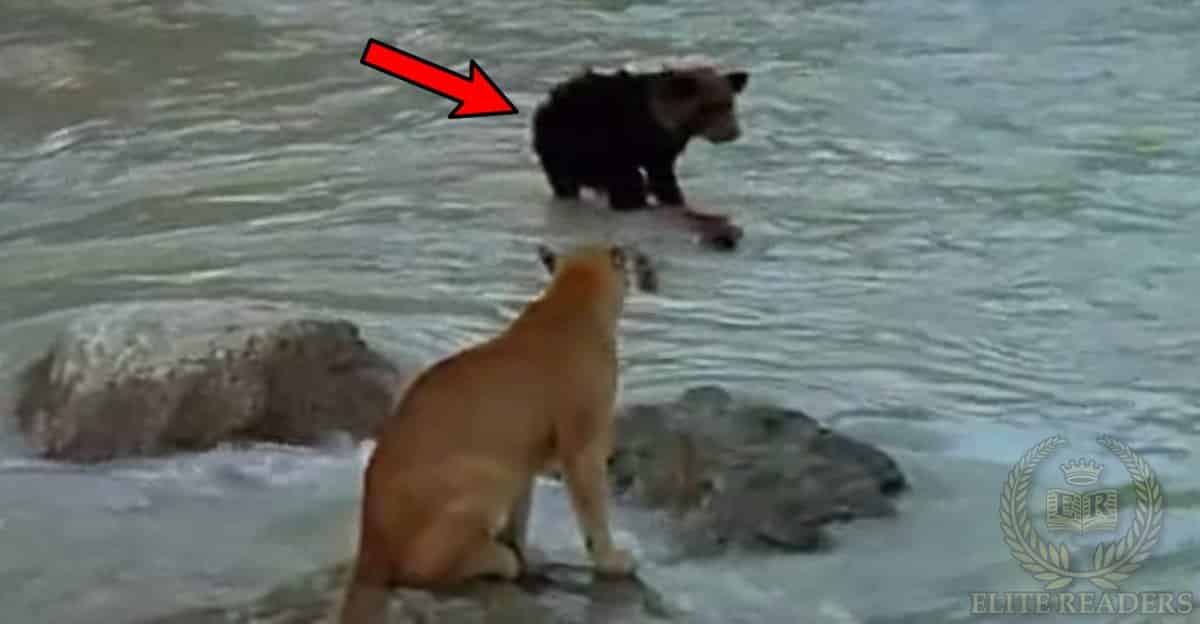