The Islamic State of Iraq and al-Sham (ISIS) is a terrorist group led by Abu Bakr al-Baghdadi. It has taken over territories in Syria, western Iraq, Libya, and northeast Nigeria.

In his 2015 article in The Atlantic, “What Isis Really Wants,” journalist Graeme Wood writes, “Our ignorance of the Islamic State is in some ways understandable: It is a hermit kingdom; few have gone there and returned.” He went on to say, “We can gather that their state rejects peace as a matter of principle; that it hungers for genocide; that its religious views make it constitutionally incapable of certain types of change, even if that change might ensure its survival; and that it considers itself a harbinger of — and headline player in — the imminent end of the world.”

This man forgot to take the safety cap off the rocket launcher. 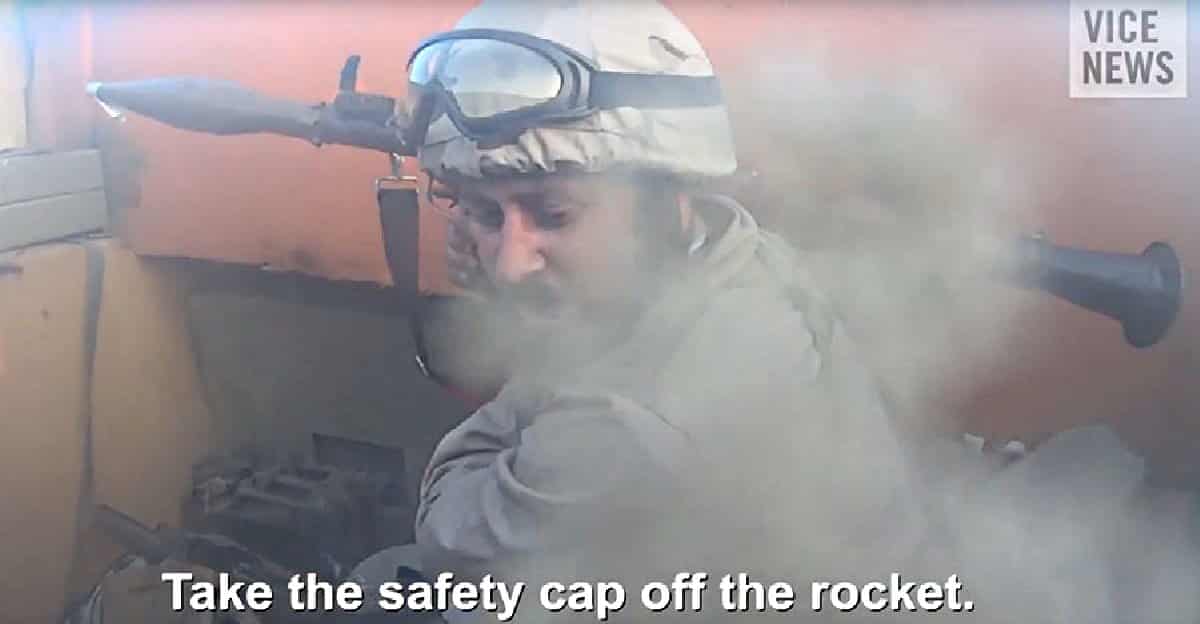 ISIS propaganda has always presented its members as tireless combatants who don’t flinch in the face of danger. At least, that’s what the organization wants us all to believe.

However, footage from a helmet camera worn by a member of the terrorist organization may prove that these terrorists are all too human. They’re brutal, but that doesn’t mean that they’re invincible.

Vice News obtained a copy of a video that was taken during the terrorist’s final battle with Kurdish Peshmerga troops sometime in March 2016. The encounter was said to have taken place around 30 miles north of the Iraqi city of Mosul.

The video begins with one of the fighters facing the camera and talking about martyrdom being “the nearest way to paradise.” Later on, the man and his fellow combatants panic as the battle intensifies. At some point, they even blame the guy named “Abu Hajaar” for making mistakes.

Watch the video and see for yourself how they dealt with their less-than-ideal situation. Towards the end, the man with the helmet camera is shot and screams. The video ends shortly after his fall.