Ah, the miracle of life. At one point, all humans on earth were just two separate cells inside two separate people. And with the help of romance or sometimes even happenstance, a fully formed human is formed.

We all know that we all come from a sperm cell fertilizing an egg cell, and then 9 months later, we’re pushed out of our mother’s body. But what goes on in the 9 months we’re in there? What did we look like? What did we do? Did we just sleep all day? Were we able to see and hear and feel and think?

How does a baby go from two separate cells to a fully-formed human? 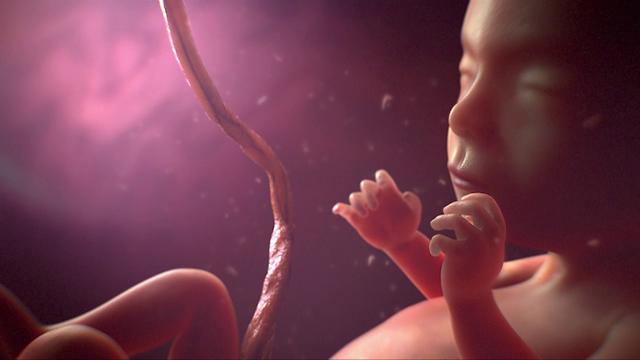 In this video, you’ll be able to see the miracle of life in 3D. It starts off from the point of view of sperm cells looking for the egg. And then one lucky swimmer successfully fertilizes the egg cell, which then blocks off all the other sperm cells. The fertilized egg then travels through the Fallopian tube towards to uterus where it attaches itself as it forms into a blastocyst.

By the fourth week, the blastocyst develops into an embryo. At this point,the woman will be able to detect the pregnancy via a pregnancy test. Then by the fifth week, the embryo starts to look like a tiny tadpole with a beating heart.

Gradually, the embryo’s limbs start to form and he/she will start to form a face. Keep in mind that at this point, the baby is still the size of a jelly bean, but by the 10th week, the baby will then be officially called a fetus.

By the 16th week, the mother might start to feel the baby moving around or kicking. During this time, the baby might be able to smile, yawn, hiccup, too!

By the 20th week, the gender of the baby can be determined via an ultrasound. At this point, the pregnancy is halfway done, and the fetus still has a lot of growing to do!

By the 25th week, the baby will now learn to do finer movements like wiggling their toes and feet. The baby will also be finished forming their organs for hearing, and this is when they can start to hear and recognize their mother’s voice.

In the next week, the baby will start to move his head downwards in preparation for the birth. By the 37th week, all fetal development is complete, and it’s just a matter of waiting for the baby to come out and meet the world!