30-year old Kaci Sullivan used to be a woman and five years ago, she gave birth to her first child. Just recently, Sullivan, now a man, gave birth to his second child. This makes him the first person ever to bear children while living both genders.

Sullivan started his transition from woman to man four years ago. This second childbirth was conceived with his partner Steven.

Sullivan got pregnant after a break from taking male hormones. 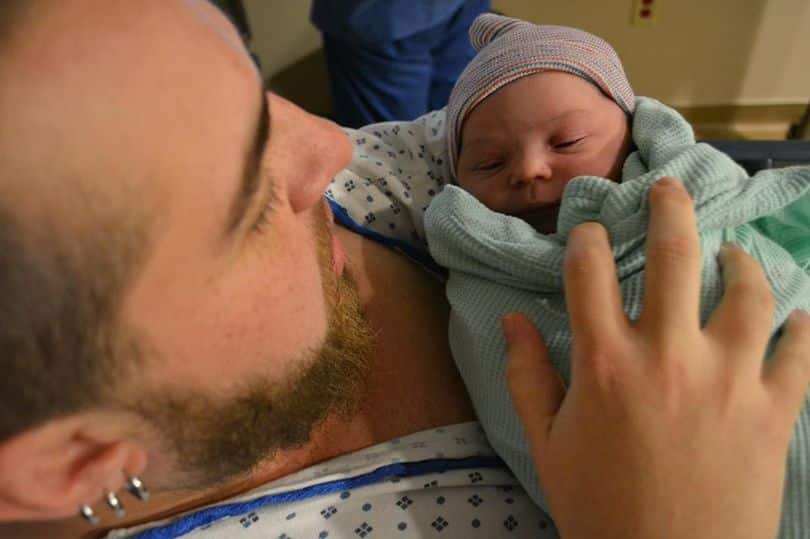 Baby Phoenix, who weighs a healthy 8lb 9oz, came into the world via C-section after a seven-day labor. 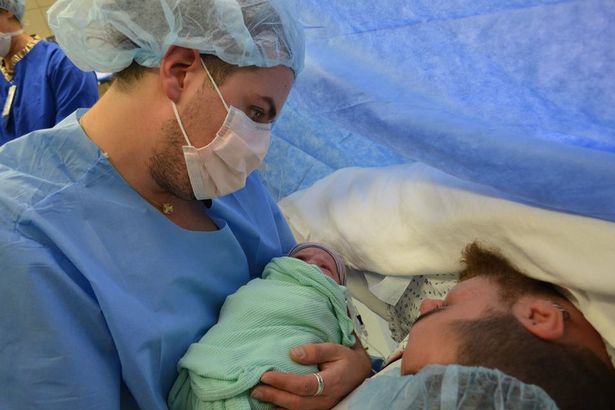 The couple declined to reveal the baby’s gender, saying that they plan to raise the kid as “gender neutral” and let him/her decide his/her sexuality when he/she is old enough.

Despite the online abuse and having people staring at him while he had his baby bump on, Sullivan dared to speak out about his experience. 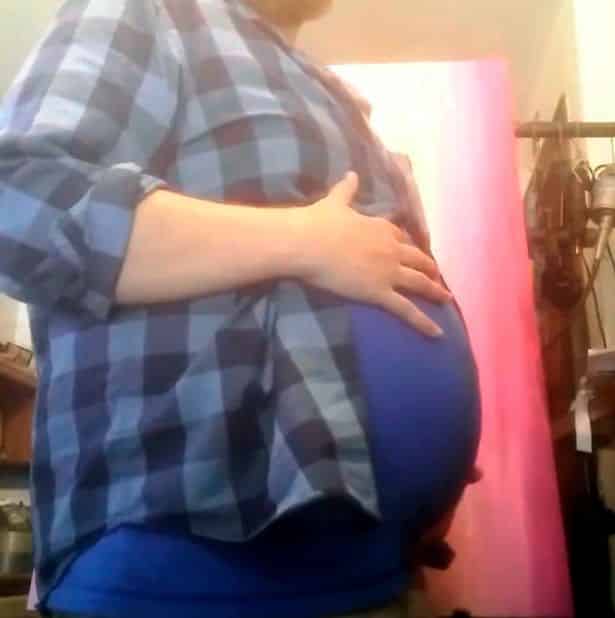 He aims to break the stigma with trans parenthood. 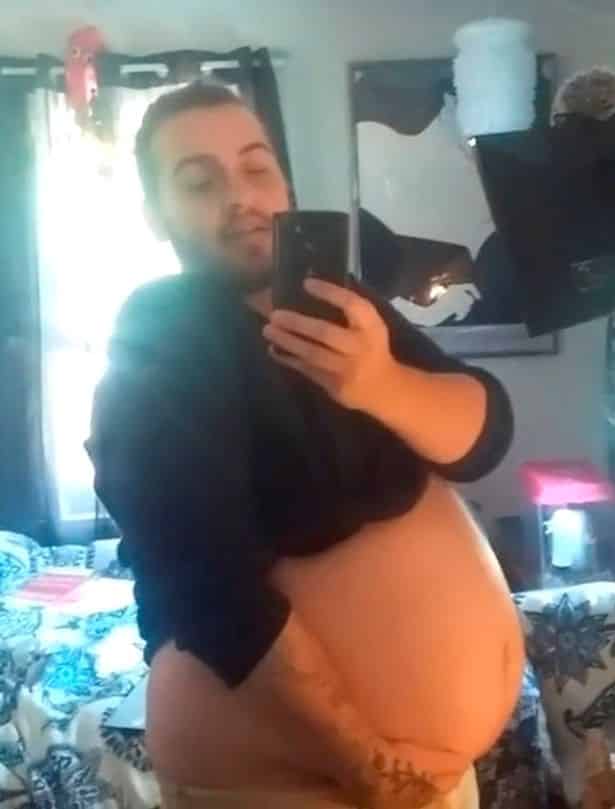 “The moment the baby came out and I got to hear them cry was indescribable. It’s incredible to think that I had made this little human,” Sullivan said.

“After 26 weeks of morning sickness and seven days in labour it was such a beautiful moment. We are just so happy and grateful and enjoying spending time together as a family. The baby is delightful, loving and sweet.”

“The connection I’ve felt to them throughout my pregnancy has been an incredible privilege and the last nine months have brought my partner and I so close together.”

He also revealed that the pregnancy didn’t threaten his masculinity. 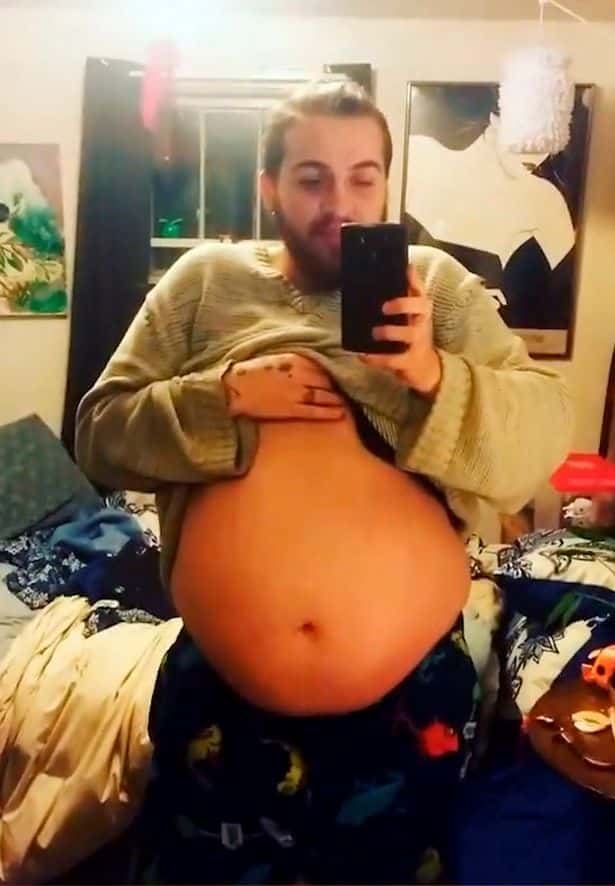 “Some people have been perturbed by the idea of me giving birth but I don’t engage or respond to them. If I see those comments I just get rid of them.”

“They will try and find our safe space and violate it with their opinions, but they are jerks. I don’t waste my time or energy by giving them anything in return.”

“It didn’t make me feel any less masculine.”

Being born female made Sullivan struggle with his identity, which became worse when he became an abuse victim at just four years old. Now he promotes activism through art by running the TransLiberation Art Coalition.

Sullivan was just 19 when he met his first husband but he eventually struggled with depression and alcoholism. When he became pregnant with his first child in 2011, he hoped that motherhood will make him feel more female. It didn’t happen.

“Throughout the experience, I prayed to connect with womanhood, to identify with what was happening to my body, but I couldn’t,” he said.

“I felt so hopeless and lost. I wanted to die. I fell into such a dark place and I was terrified to bring a baby into that darkness with me.”

“But the moment they put him in my arms it was bliss. Immediately I loved him like I had never loved anything or anyone and I felt such a surge of duty to him.”

He came out as transgender three months after giving birth. His marriage became destroyed, friends deserted him, and he was forced to leave his job at that time. Despite this, Sullivan felt “totally liberated” by the experience.

This was followed by his transition from female to male, taking make hormones and going through double mastectomy. 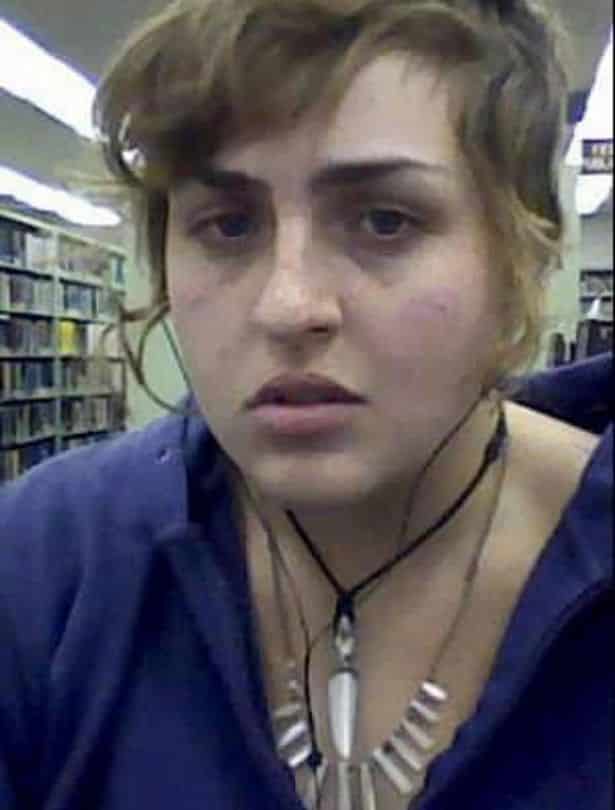 A year later, he met Steven. Now with this new baby, Sullivan has this to say to people. 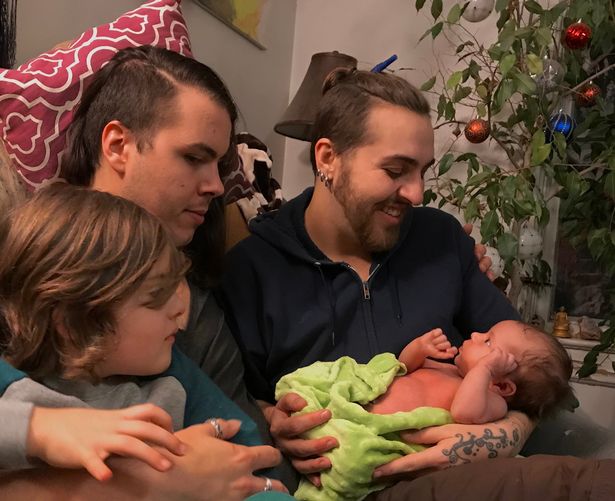 “I wish people realised that they’re not asking me about the baby’s gender identity.”

“There is no way anyone could know that. They’re asking me what my baby’s genitals look like. This is a creepy question when we break it down.”

“We don’t need to be sexualising little children. Nobody but your child should be revealing their gender.”

“Our sex and gender identity have nothing to do with socially constructed gender roles. These are three entirely separate concepts.”

“The architecture of your brain does not change depending on what colour you are dressed in as a baby.”