“I just saw a truth about Manila…Manila gave me the worst experience of easily trusting people and accepting their help in a genuine way.”

These are the sad words uttered by Luis Simões in an interview with the Inquirer at the Pasay City police station, as he recounted his appalling experience with the infamous Ativan Gang of the Philippines.

According to the tourist, five members of the notorious group befriended and later offered him food and drinks, which were apparently laced with drugs—the typical modus operandi (M.O.) of these despicable men and women. Once unconscious and helpless, the con artists took off with his valuables including his debit card.

Fortunately, he was able to take a selfie with three of the five perpetrators and drew a sketch of one of the female members of the gang. 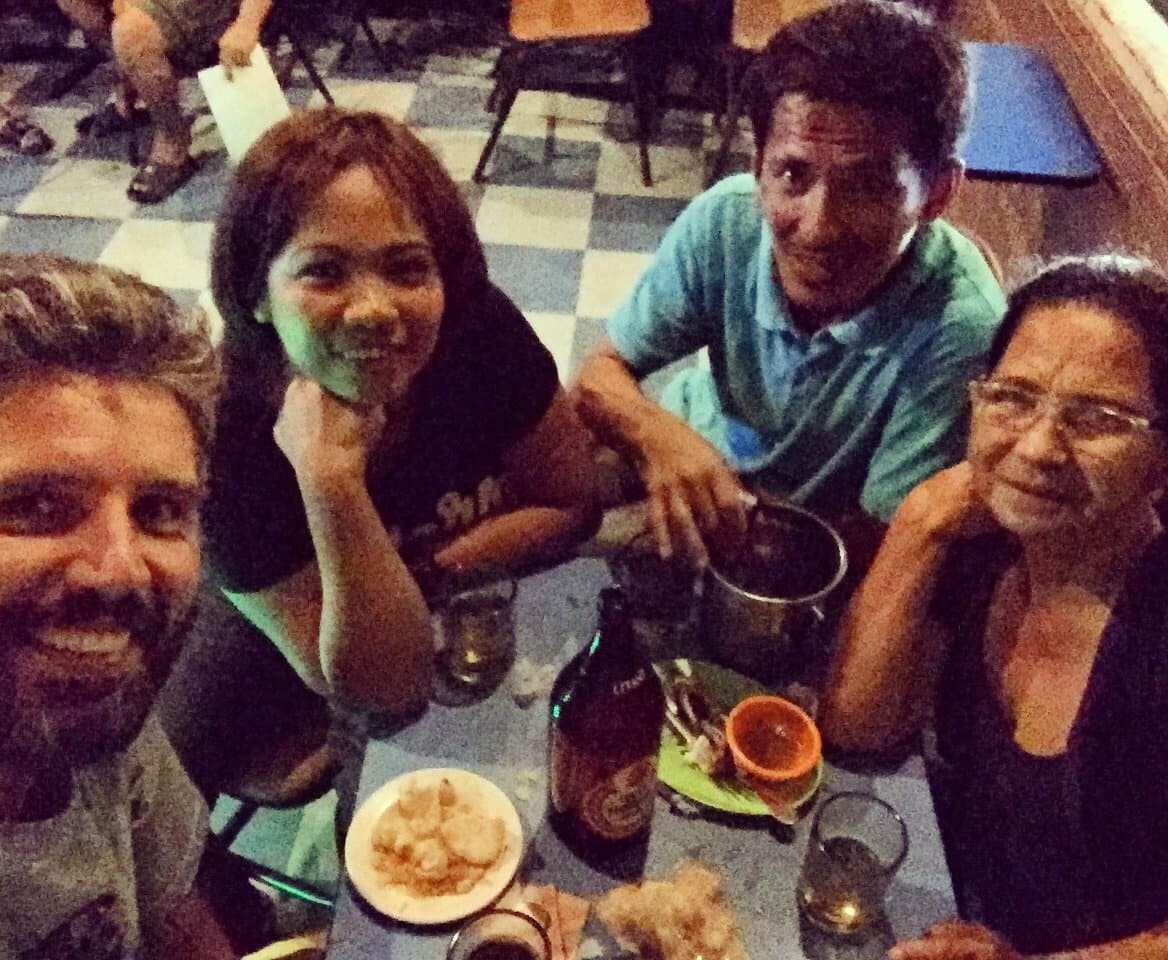 Simões is a Portuguese artist who has been sketching people and places from across the globe. In 2012, he sold all his properties and left his career in Lisbon as a motion designer for a TV station. And with a tight budget, pursued his dream of travelling five continents in five years. His story was widely publicized in their country.

The 36-year-old sketch artist has already travelled 36 countries in Eurasia in the last four years. He already produced thousands of drawings, which he intends to compile into a book.

He often stayed in cheap hostels or crashed on friends’ couches during his travels. He enjoyed meeting new friends until that fateful day in Manila.

“Since that day, giving trust and finding pleasure in dealing with new people had been lost,” He said. “Manila gave me the worst experience of easily trusting people and accepting their help in a genuine way.”

How it all started 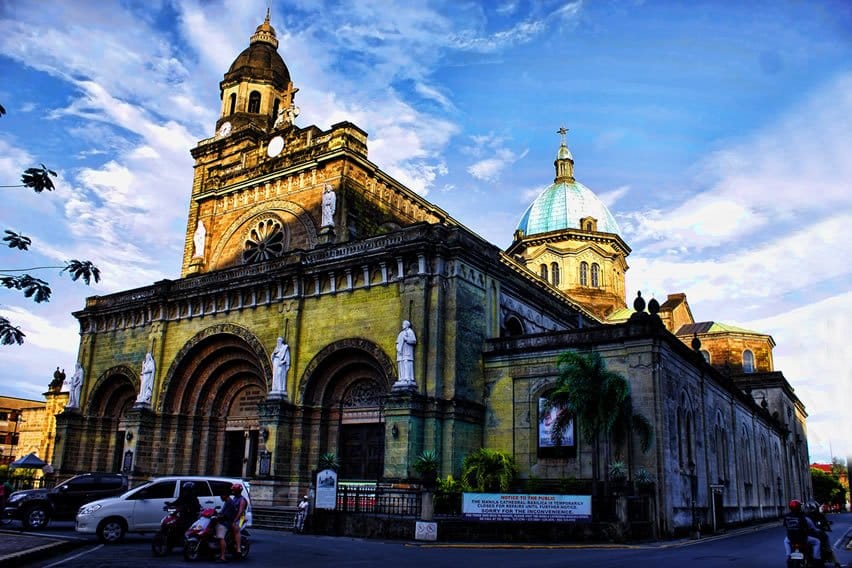 Simões met two middle-aged women at the Manila Cathedral last December 22. The women said they were visiting the city.

“One of them asked me if I wanted to follow them in their little tour around the town,” he said. “They seemed so friendly and nice. You wouldn’t suspect they had bad intentions.”

He accepted their invitation, thinking that it would be a great way to immerse himself in the Filipino culture. After the tour, the women invited him to go to 199 Bar and Restaurant in Pasay City. According to Simões, once inside the karaoke bar, a man showed up claiming to be the women’s cousin.

“I felt there was sympathy and a good vibe,” he said.

They sang songs as the man continuously filled his glass with beer. Simões told the investigators that they left around 8 pm to 9 pm after paying 700 pesos for the bill. He admitted that he was intoxicated when the suspects led him in a van and told him they’ll have dinner.

Inside the vehicle were two other people, a man and a woman, who also claimed to be the suspects’ visiting relatives. The group continued to give him food and drinks inside the van until he felt sleepy. One of the female crooks asked where he was temporarily staying, unfortunately, he was able to tell those hooligans where his place was before he blacked out.

Simões woke up later with a hangover at a lodge in Makati and discovered that his debit card and valuables were already gone. They even took the sketch he made for one of the women. The perps left his phone and camera, but they tried to delete all the pictures he captured during his tour.

Luckily, he recovered the selfie and the photo of the sketch he made with one of the Ativan members. 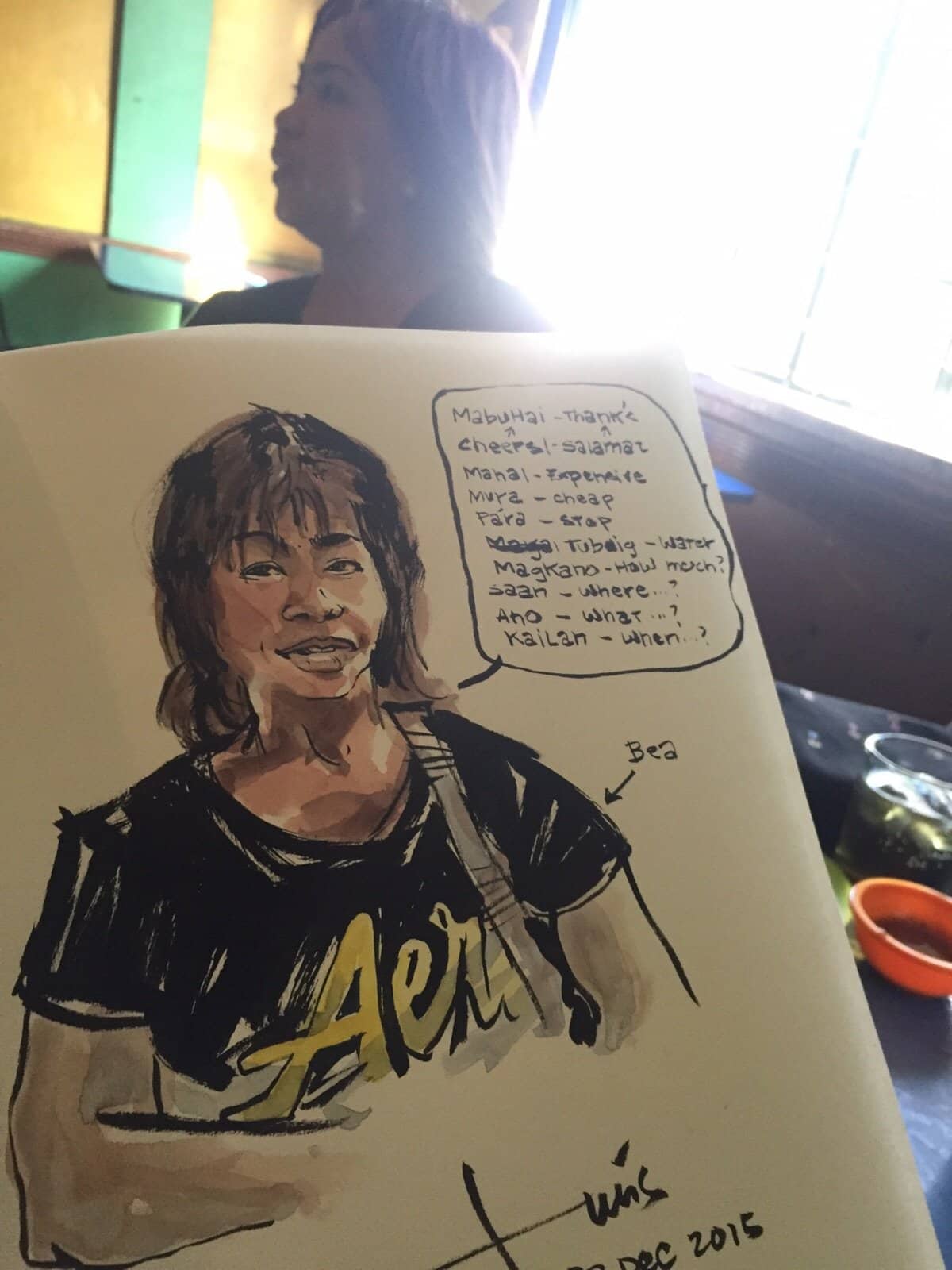 He said he also immediately blocked his debit card. 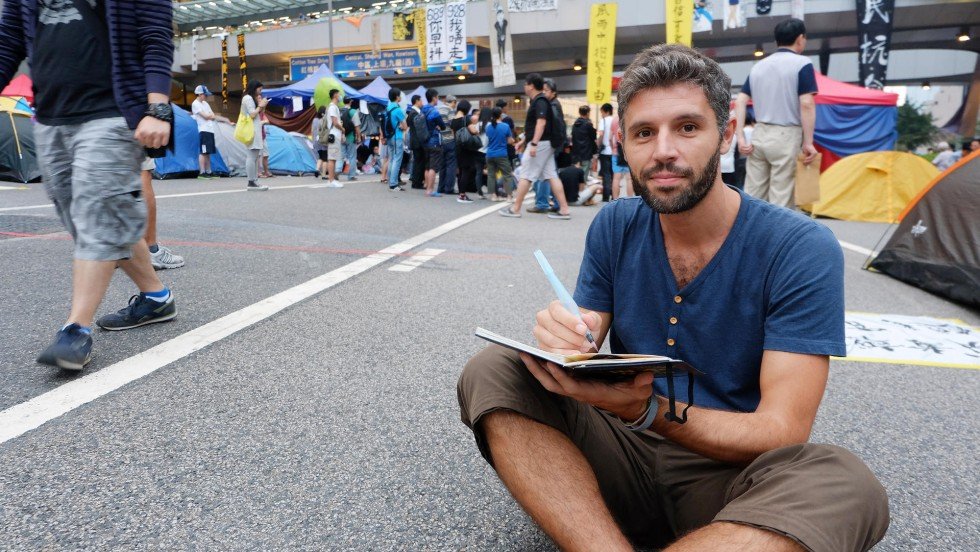 Simões once lost his iPad and stylus when he got mugged in Barcelona, “but the incident in Manila was different” because the scoundrels “gained his confidence.”

After returning from a tour in the northern Philippines, the tourist went to report the incident to the police on January 2 when he learned about the money withdrawn from his debit card. Apparently, the criminals were able to rob 40,000 pesos from him while he lay unconscious on December 22.

But rounding up members of the Ativan Gang “could be difficult because the victims could not remain in the country,” PO3 Mike Camillo said. “If they report it, they will not longer pursue the case because they have to leave the country.”

Most of the cases filed against these hoodlums were often dismissed.

Another victim, 44-year-old Jose Pedro Bosch from Spain, fell victim to the Ativan Gang in the first week of December. He reported losing 600 euros from his wallet and an additional 181 euros, which were withdrawn from his debit cards.

Simões intends to create a series of sketches that would show his sad experience in the Philippines’ capital. “There is no desire to come back here but it is a great story to tell,” he said.

The tourist said he’s not expecting to get his money back, but he wants the perpetrators apprehended. Simões also wants his experience in Manila to serve as a “warning” to all the tourists visiting the country.