The cold war was a perilous time for the superpowers-that-be. Just after World War II, the political and military tensions between the Soviet Union (now Russia) and the United States were at its peak. From 1947 up until 1991 when the Soviet Union collapsed, both nations continually upped the ante in international espionage.

The International Spy Museum in Washington D.C. houses some of the most inventive spy devices secret agents from both sides used during this period. Some are ingeniously clever, others are simply weird and ridiculous. Most of them served a lethal purpose:

#1. Taking secret images with the snap of a “button.” 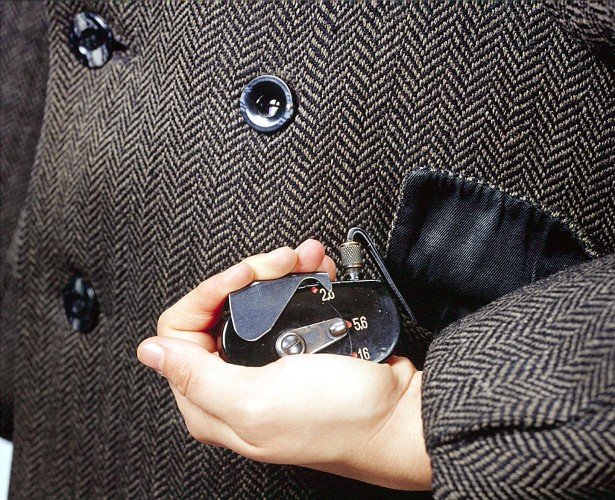 Circa 1970, this buttonhole camera, model F-21, was codenamed “Ajax.” Concealed in the average coat, it was widely used in the Soviet Union. The spy held the trigger with one hand inside the coat’s pocket and took photos of any suspicious activity. 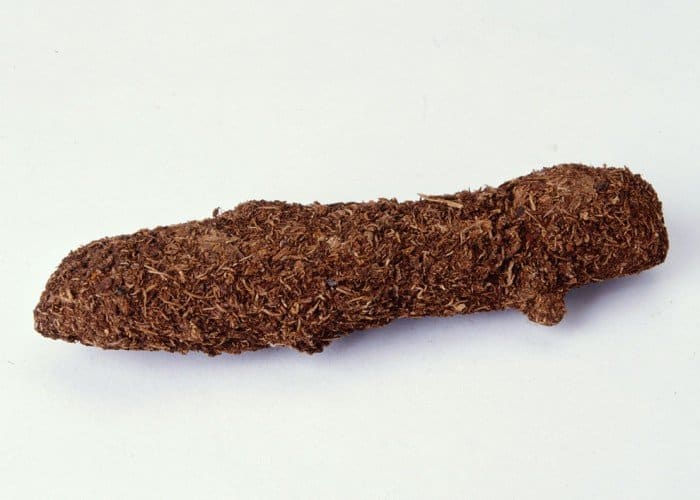 Whoever thought of this at the CIA way back in the 1970s hoped no one would step on it. This piece of authentic-looking puppy poop transmitted radio signals to airstrike and reconnaissance coordination. 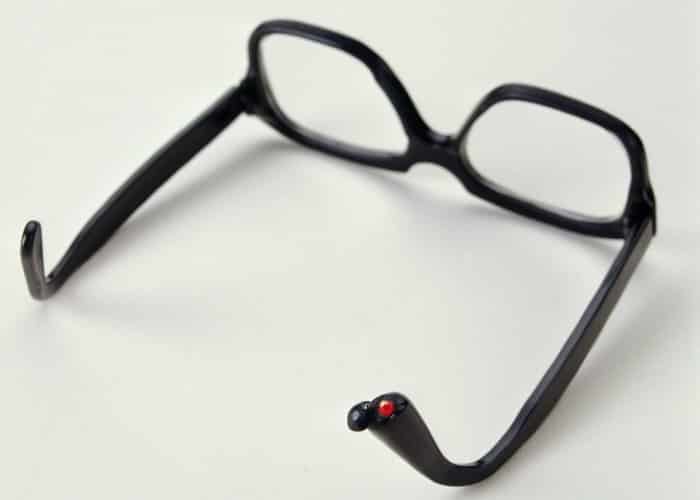 If there ever was eyewear fit to kill, these CIA-issued spectacles are. One of its arms contained a fatal dose of cyanide that an agent could chew if captured or compromised. Better death over torture. 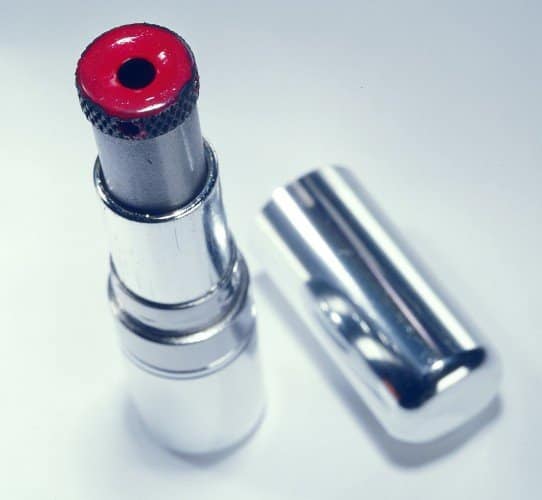 The KGB equipped its female spies with a seemingly-ordinary tube of lipstick that they could fire a single .177-caliber bullet from at close range.

#5. When even the trees have ears. 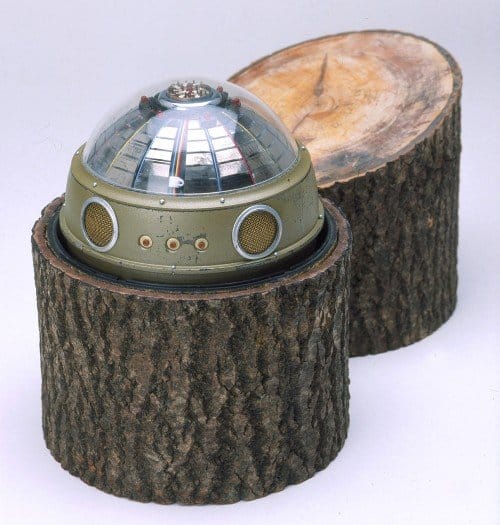 CIA operatives situated plenty of these innocuous-looking tree stumps near Soviet bases during the 1970s. These listening devices intercepted radio transmissions and relayed them to CIA ears via satellite. 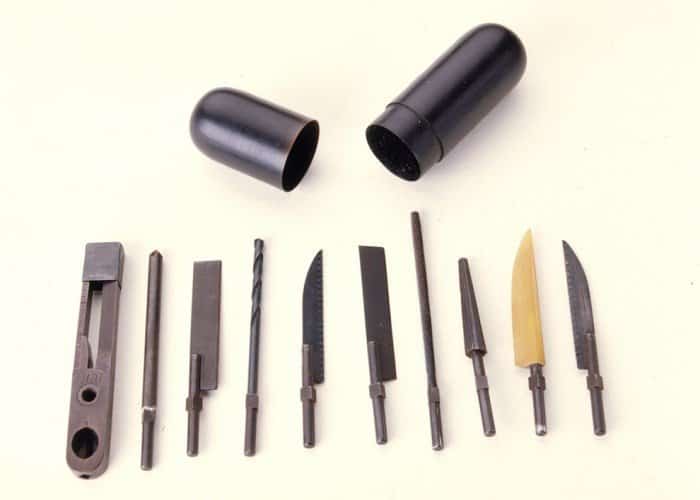 In the 1960s, the CIA tried to ensure none of their agents got caught during pat downs. They issued a standard rectal tool kit containing all the requisite tools. These tools fit inside a metal spheroid that spies inserted up their butt. 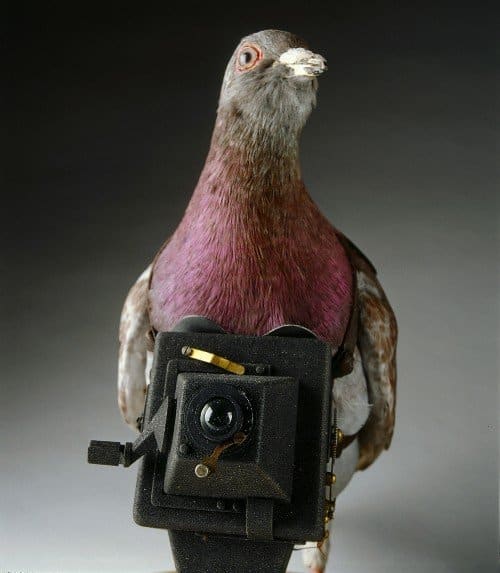 These pigeon cameras were in use during World War I between 1916 to 1917 to spy on enemy positions. Homing pigeons were set free to fly over the battleground while the camera recorded everything they saw for use in combat strategies. 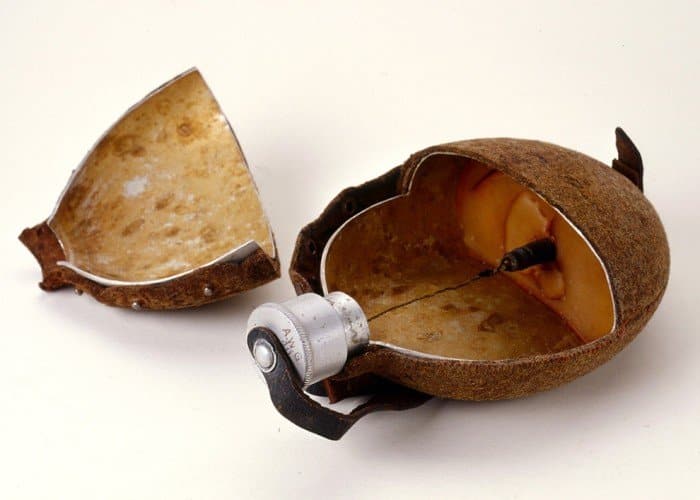 Between 1942 to 1945, a number of US Army intelligence officials armed themselves with special canteens containing explosives tucked hidden in the container’s lower portion. 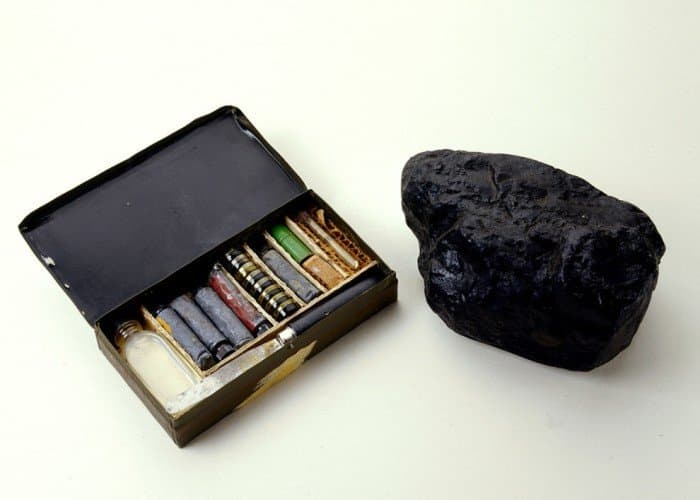 World War II also saw the use of incendiary charcoal. These special lumps of coal created by the US OSS contained an explosive in its hollow center. It was issued with a camouflage kit to paint the lump the exact color of local coal. 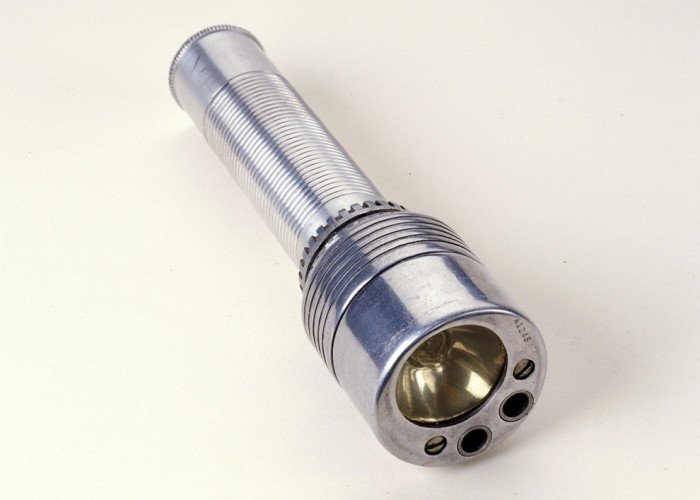 This double-duty flashlight gun was in use in the 1930s, serving as a flashlight and a firearm in one. 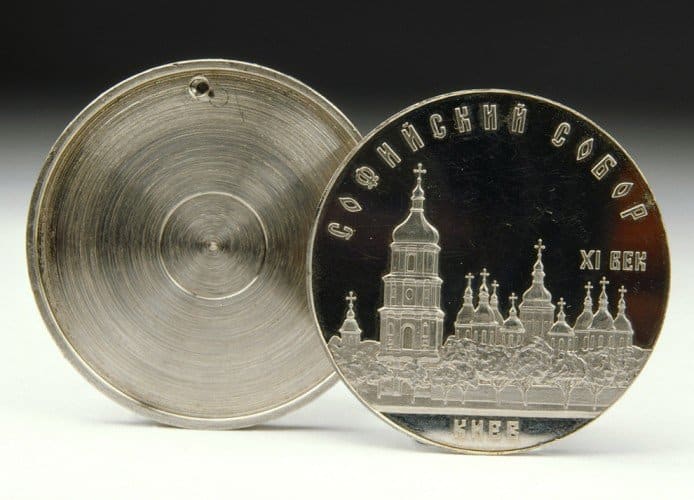 When is a coin not a coin? When it has a hollow inside designed to store microdots and microfilm. 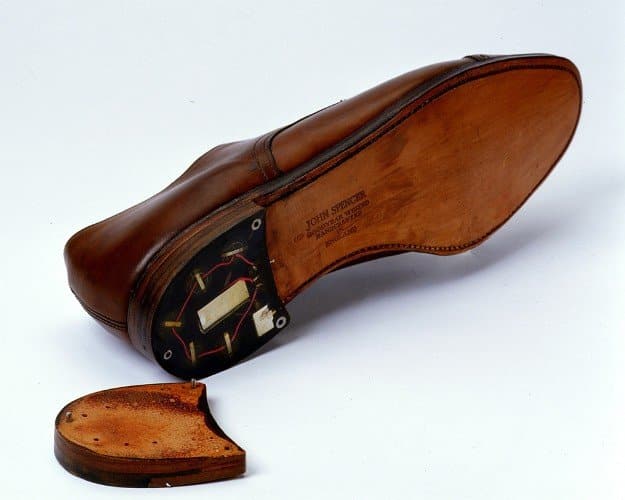 During the 1960s to 1970s, spies “borrowed” foreign dignitaries’ shoes and modified them to house a bugged hollow heel. The Romanian Secret Service stole this particular shoe from a US diplomat and installed a hidden microphone and transmitter to listen in on conversations. 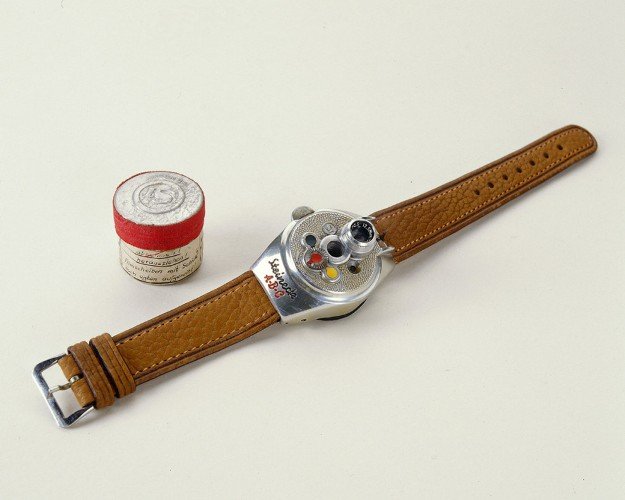 In 1949, West German agents carried a tiny camera on their wrist disguised as a wristwatch. Since the gadget didn’t come with a viewfinder, spies often had a difficult time positioning themselves to snap the eight shots the device was capable of, while trying to look as casual as possible. 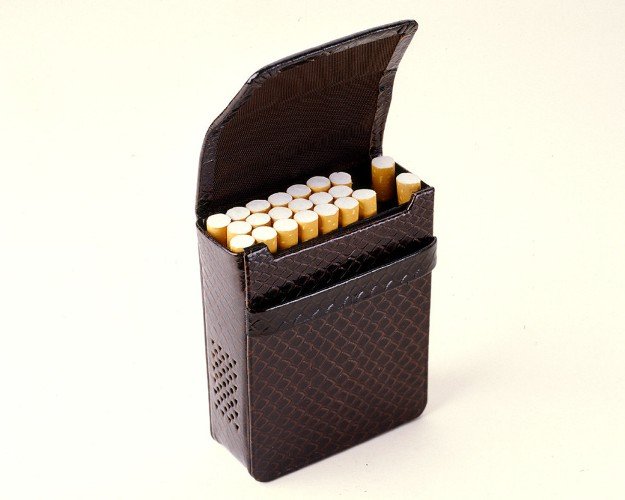 The 1960s saw the rise of these fancy cigarette cases with hidden cameras. German Stasi secret agents would feign having a smoke while discretely snapping photos with their trendy cigarette boxes. 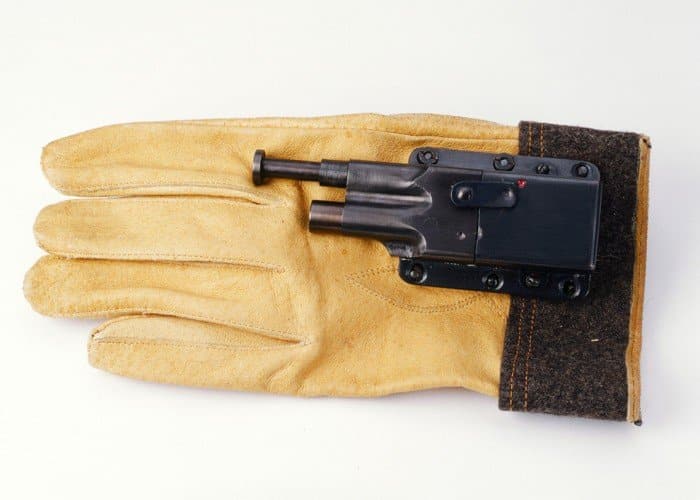 Just like fictional superheroes who shoot lasers/fireballs/spiderwebs/ultramagnetic waves out of their hands, the US Office of Naval Intelligence developed these special gloves. Used between 1942 to 1945, they contained a miniature hidden gun triggered by shoving the top plunger into the target’s body. 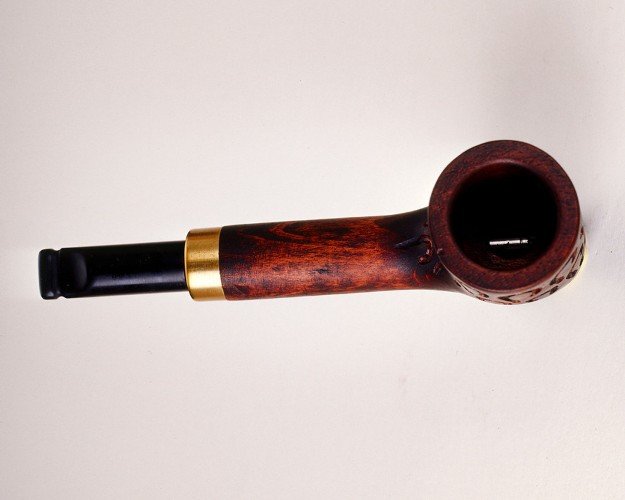 Back when it was quite usual to see people smoking pipes, the British Special forces came out with this special firearm between 1930 to 1945. 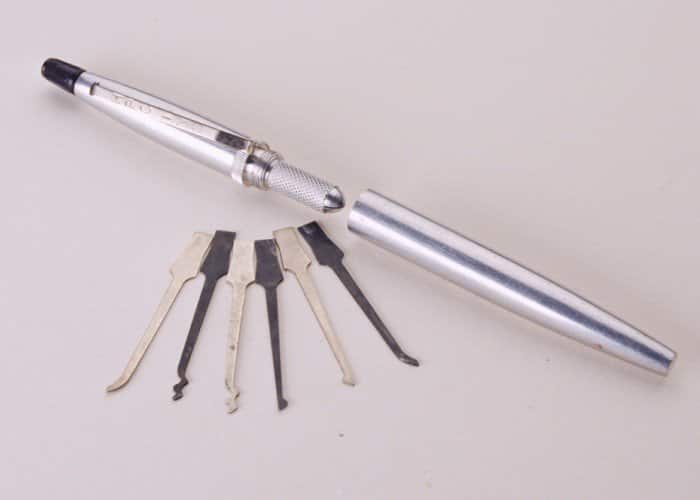 This ordinary looking pen housed all the tools US intelligence considered necessary to pick a standard door lock during the 1970s. 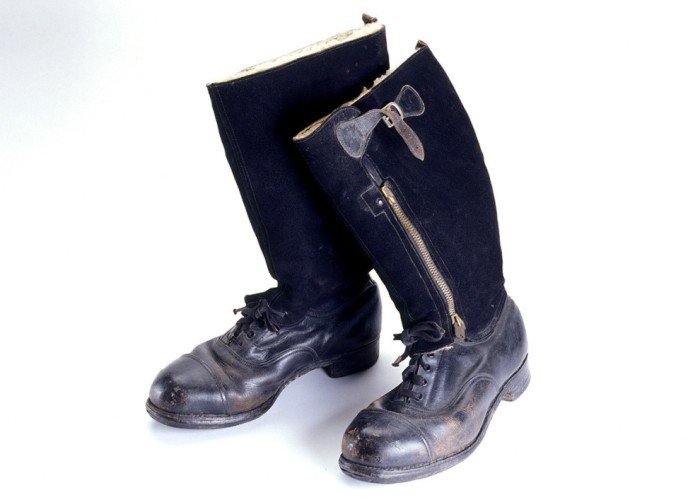 British M19 pilots were especially vulnerable after having parachuted or were shot down in enemy territory. That’s why they were issued these ingenious boots allowing them to blend with the locals when they cut the tops off. 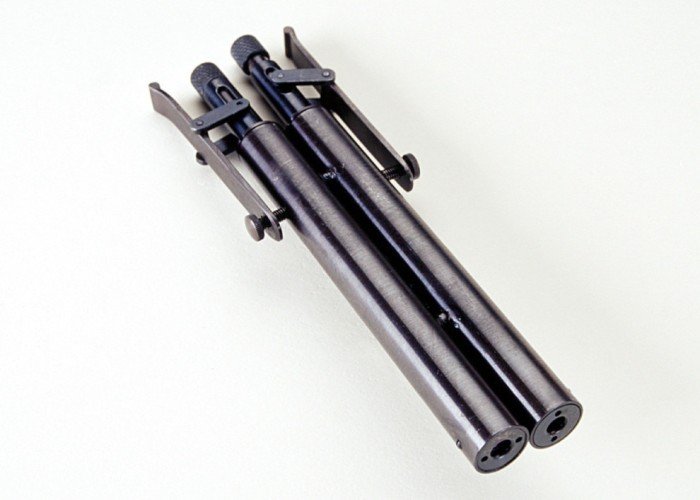 The KGB developed this gas assassination weapon hidden inside a rolled up newspaper. This one was used by Soviet agent, Bogdan Stashinsky to permanently “retire” two Ukrainian dissidents. 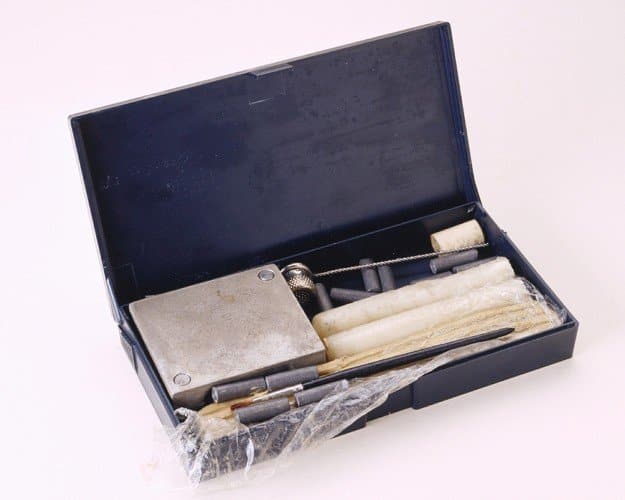 Before the digital age, back when just about everything could be opened with keys, CIA operatives in the 1960s carried a standard issue key casting kit to duplicate keys using putty to cast a mold. 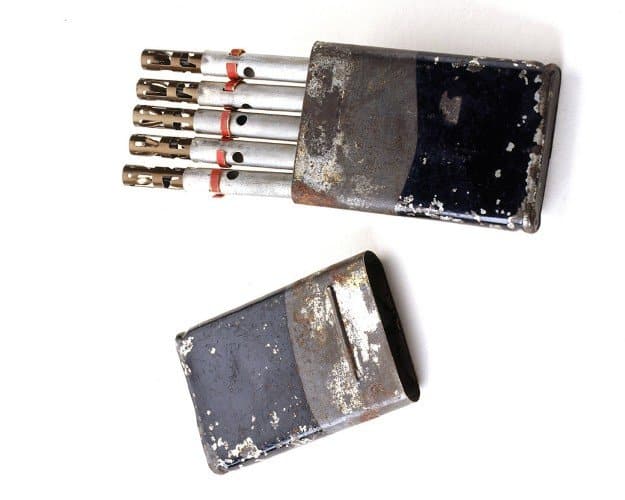 How lethal can pencils get? A whole lot, apparently. These pencil pack developed by the US Office of Strategic Services during World War II had a time-delay incendiary explosive. It allowed the operative enough time to escape before the device detonated.