Researchers curating a collection of ancient Egyptian artifacts in a UK museum rediscovered a tiny coffin measuring only 17 inches long.

For over the century the tiny coffin has been at the Fitzwilliam Museum, nobody knew or even suspected the big secret the sarcophagus was hiding within.

It was Initially assumed to contain mummified organs traditionally removed during ancient ritual burials. When researchers ran a cross sectional CT scan of the cedar sarcophagus, they were amazed at what it contained.

The timeworn coffin contained the remains of a human fetus! 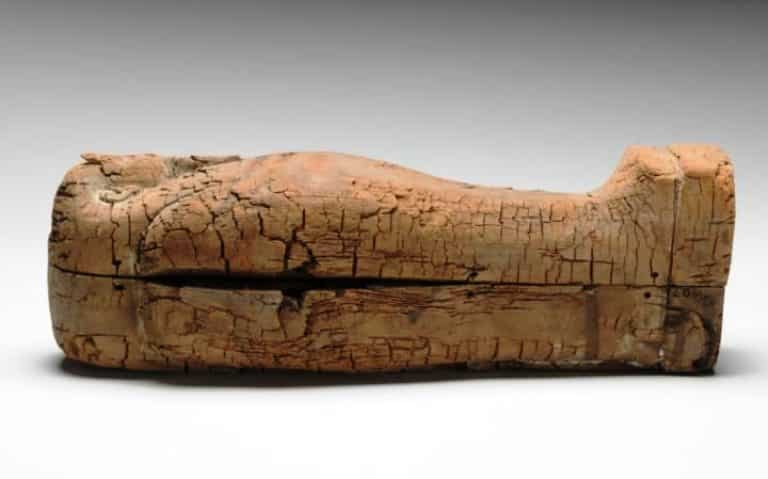 The wooden sarcophagus has been part of an ancient Egyptian collection excavated at Giza in 1907, but no one suspected the surprisingly small container housed the youngest mummy on record.

A micro-computerized tomography scan revealed a tiny skeleton. The fetus’ age has been estimated at between 16 to 18 weeks of gestation, with the cause of death put down to miscarriage.

Researchers took note of how much care was apparently put into preparing the body for burial, despite being only a few weeks into inception. 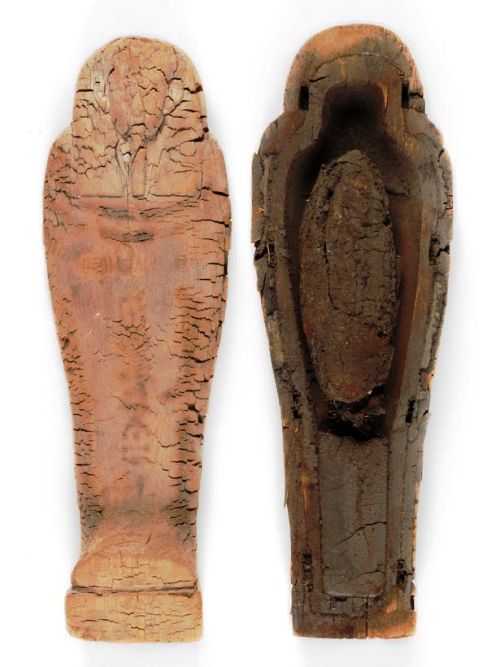 The tiny body was carefully wrapped and bound with cloth bandages and placed inside an intricately carved sarcophagus. To further protect it, the coffin was further sealed with a layer of molten black resin.

Dated at between 664 to 525 B.C., the fetus is positioned with its arms crossed over its chest, showing all its fingers and toes.

It even shows the miniature body with its burial wrappings still undisturbed. However, the fetus’ soft skull and pelvis had collapsed over time. 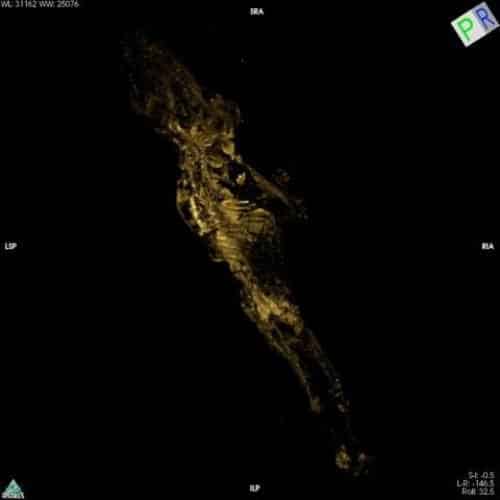 While this isn’t the first ancient Egyptian fetus found to be mummified, the scan qualifies it to be the youngest mummified fetus on record. Two other fetuses were earlier found entombed with King Tut, with estimated gestational ages of between 25 to 37 week old. These two older fetuses are thought to be Tut’s twin daughters.

Currently, no one has yet figured out who this youngest mummified personage could be.