A tiger and a bear engaging in a fight is something that we don’t see every day. But on Wednesday, naturalist Akshay Kumar managed to film the rare moment when the predator and an insectivore clashed.

The violent brawl happened at the Tadoba National Park in India’s Western Maharashtra state and involved a female sloth bear and a male tiger.

While leading a tourist safari, Kumar and the group spotted the two animals battling it out. 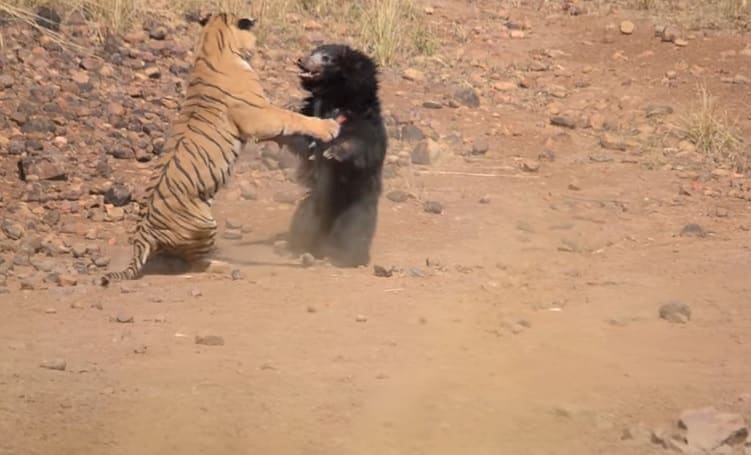 Witnesses said the fight was started by the tiger. 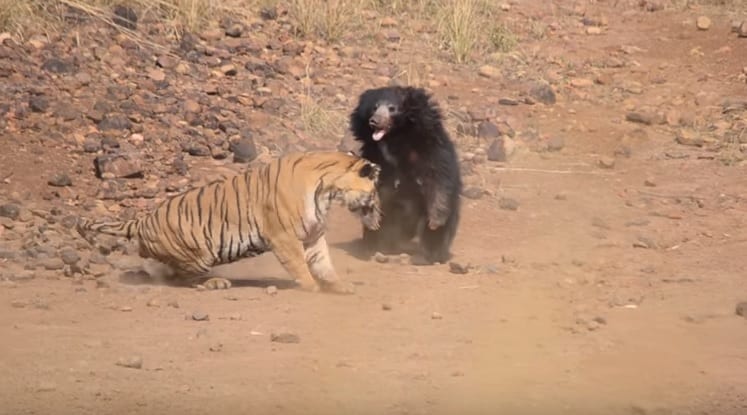 Kumar told the Associated Press that the tiger was drinking from a waterhole when the sloth bear arrived at the spot with her cub. But the male tiger, named Matkasur, believed that his territory has just been invaded and so resorted to defending it.

Matkasur was even seen locking the mother sloth bear on the neck with its teeth. 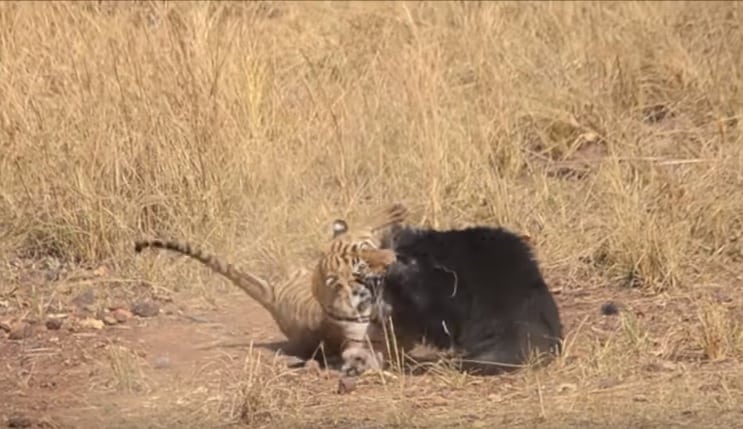 Based on the footage released, the tiger had the upper hand, repeatedly locking the bear down with its jaw. But somehow, it wasn’t enough to put down the fierce mother sloth bear.

She fought back harder not only to save herself but also her cub. Dr Anish Andheria, President of Wildlife Conservation Trust, said that the tiger had a difficulty taking down the sloth bear and having a tight grip on her because she has long fur.

“As you can see in the video, the sloth bear was so exhausted. They can’t outrun tigers. The only thing that saves the bear is the hair on the body, because tiger doesn’t get a grip.”

Sloth bears don’t usually prey on other animals as their diet mostly consists of insects. 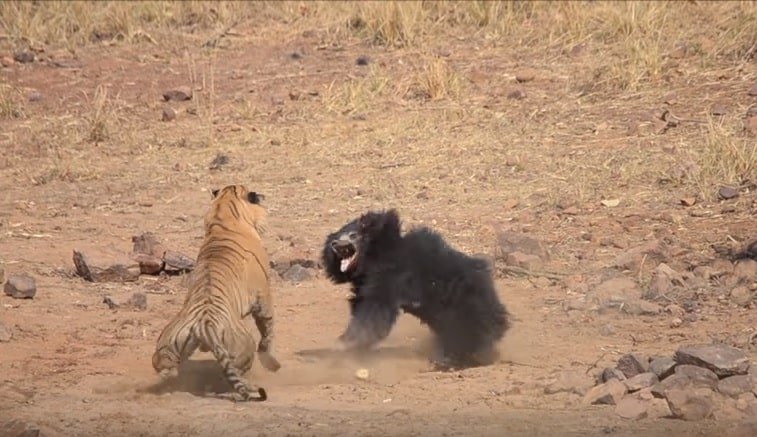 Kumar believes that the only reason the mother sloth bear fought back was that she’s protecting her young. Kumar described the rare moment as a “severe” fight between the two. The battle lasted for almost 15 minutes, with both animals suffering from injuries.

Watch the video below to see how the tiger vs bear fight ends.