When Aasha, a 9-month old Bengal tiger, was rescued, she weighed 30 pounds. This would have been normal if she were just 3 months old!

Aasha had belonged to a travelling circus. While under the circus’ “care,” Aasha was severely mistreated by the trainers and picked on by a bigger tiger. Her ordeal was clearly visible in her severely malnourished and haggard-looking state. 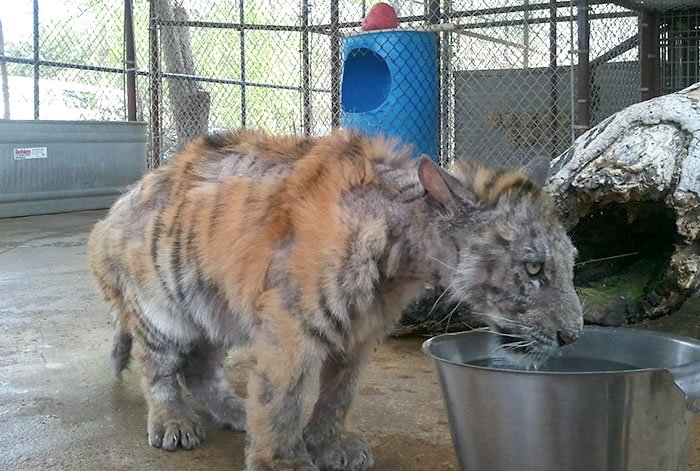 It’s a good thing Vicky Keahey, founder of Texas’ In-Sync Exotics Wildlife Rescue and Educational Center, took her in back in 2011.

Keahy explains, “Aasha’s bald spots covered almost her entire body and her skin was dry [with] cracked, darkened areas and bleeding.” Aasha was also said to suffer from ringworm and open wounds.

When she was rescued from the circus, Aasha had bald spots all over. She also had ringworm and several open wounds. 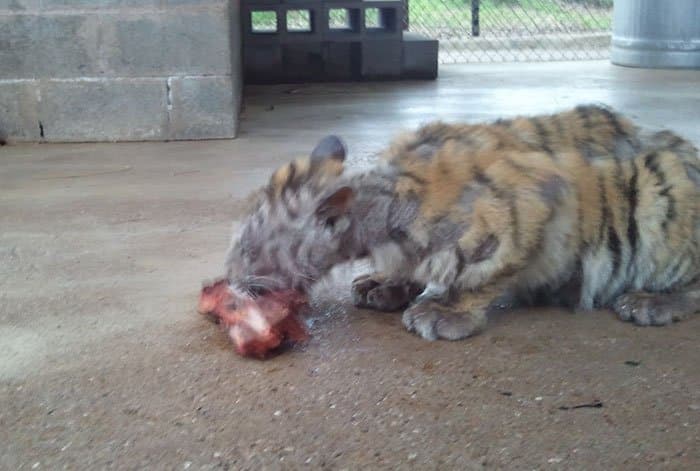 The good news is Keahy’s efforts did wonders for Aasha’s health. After 8 weeks of tender loving care, Aasha’s fur began to grow back, and she even took to swimming.

Aasha after 8 weeks of Keahy's care. 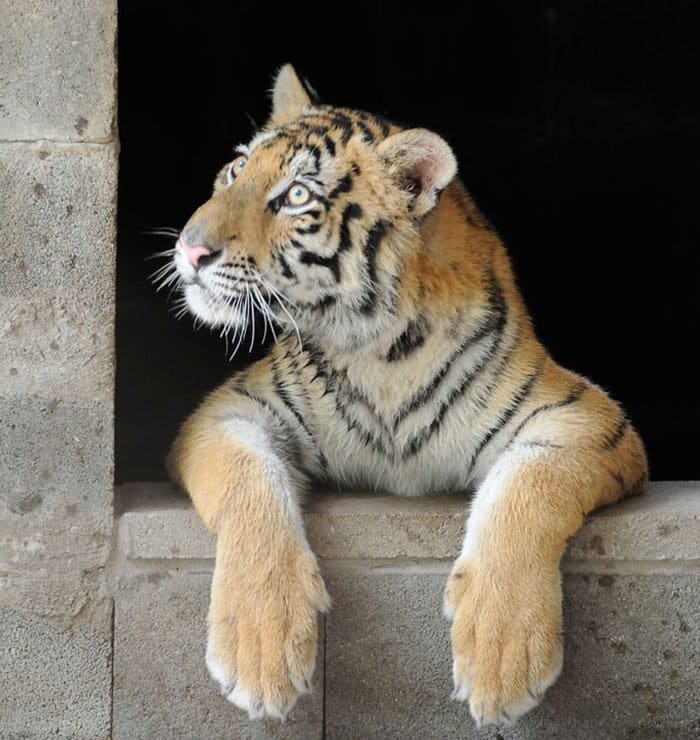 Her once-hated medicated bath is now a relaxing reprieve. 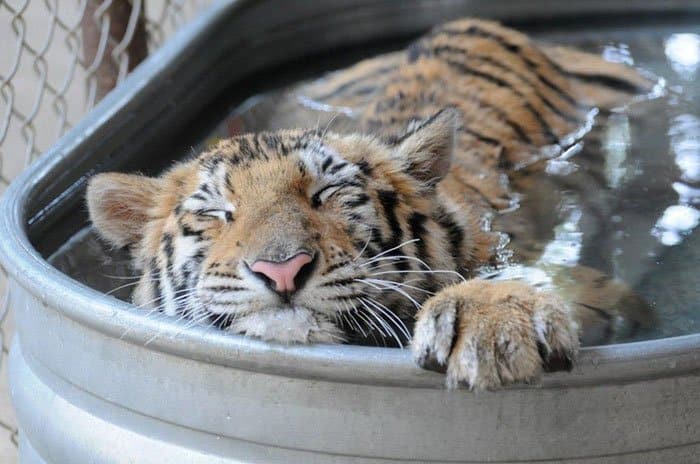 “Within eight months she looked like a real tiger!” Keahy says. 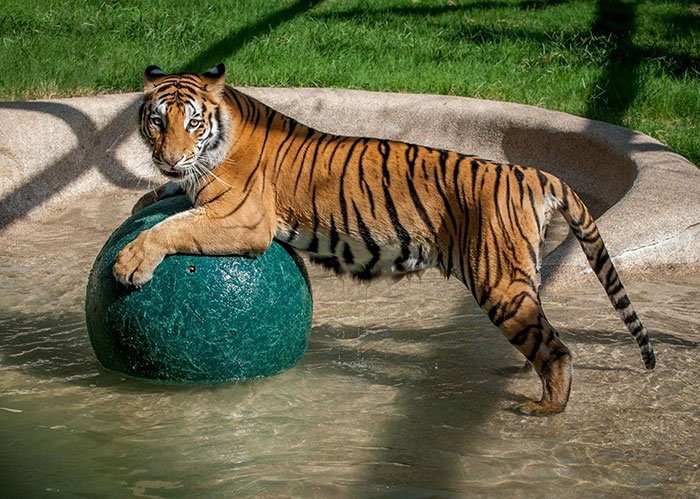 Later on, Aasha was introduced to an older tiger named Smuggler, who took a liking to Aasha, even going as far as to show off to his new friend.

Aasha and her new friend, Smuggler. 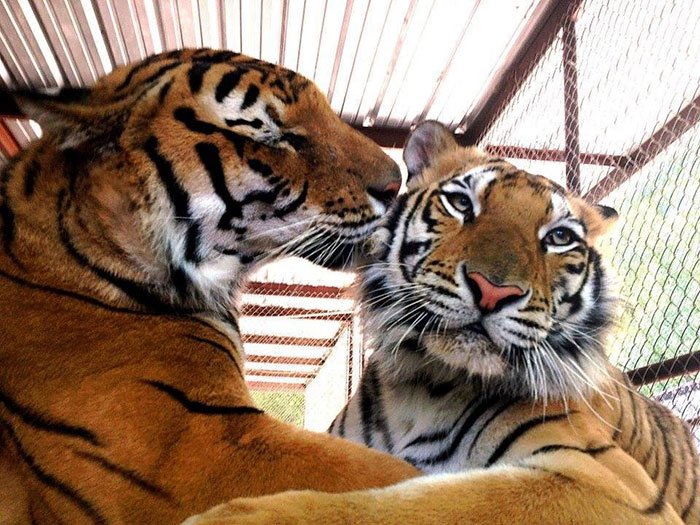 Aasha and Smuggler live in the same enclosure together, both healthy and very much loved. 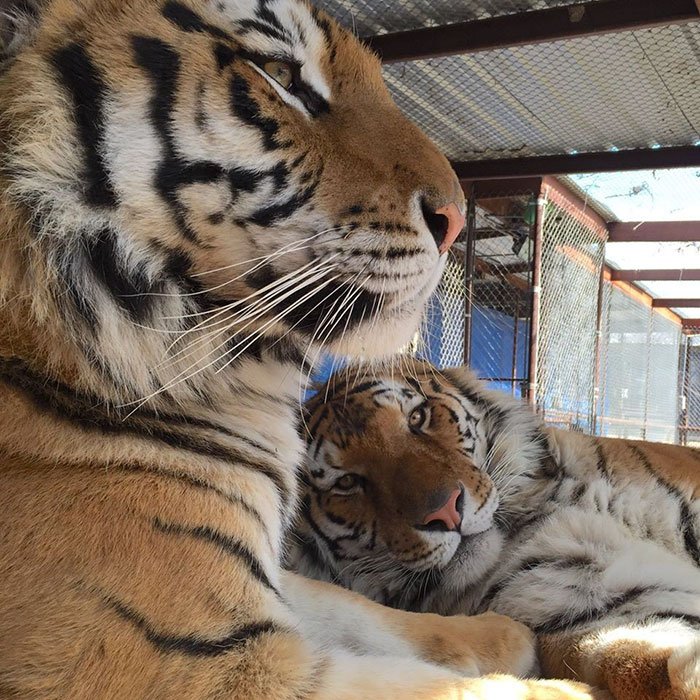 Aasha is now a happy tiger who can't get enough of her baths! 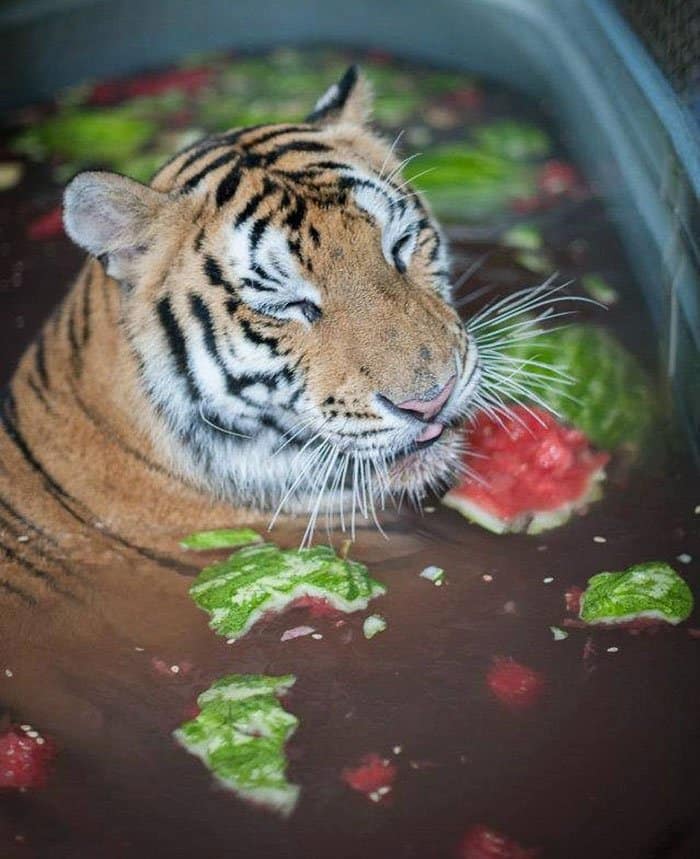 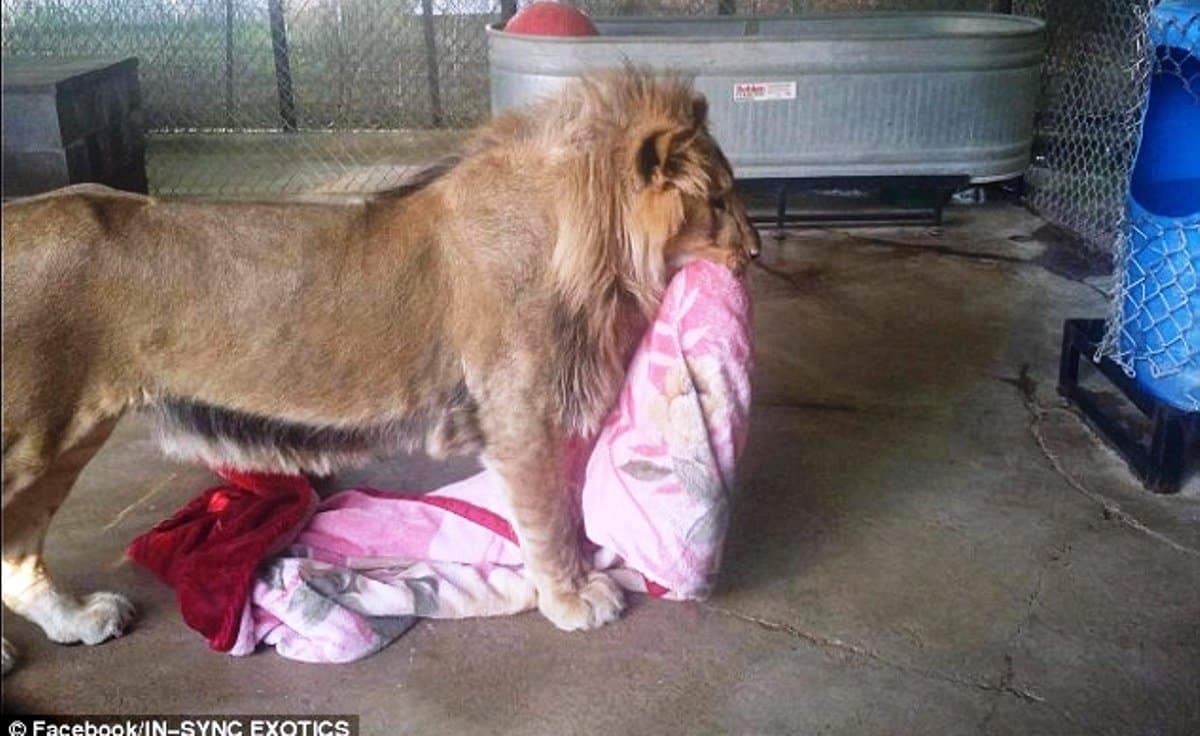