Right now, when you say “supermodel,” you immediately think of Kendall Jenner or the Hadid sisters, Gigi and Bella. They may differ when it comes to looks, but they are still considered conventional by modeling standards. Now a new model comes in and her look is so different, and some say “out of this world” is a more fitting description for her.

Tsunaina, who hails from Tibet and is currently living in the UK, has beautiful slanted eyes, gorgeous pouty lips, chiseled jawline, and lots of beauty marks scattered all over her lower face.

Check out her beauty marks… 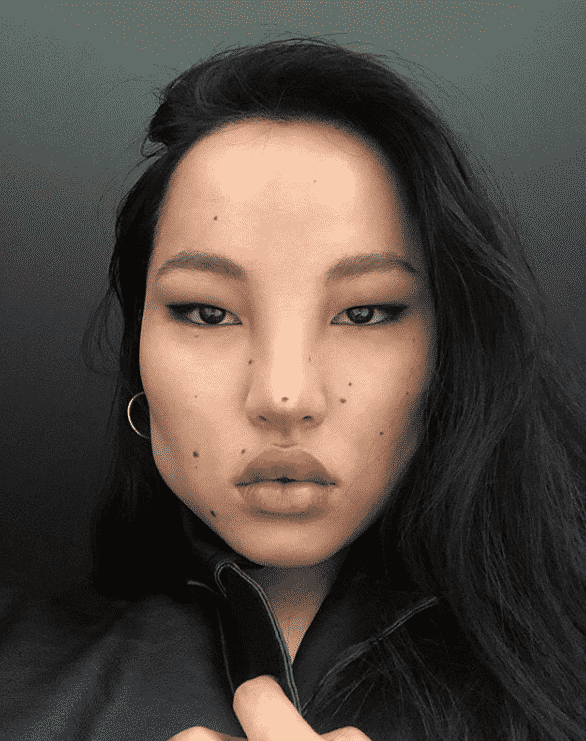 But it’s the nose that is her most striking feature of all – it looks unbelievably flat and wide from the front due to her thick nose bridge. 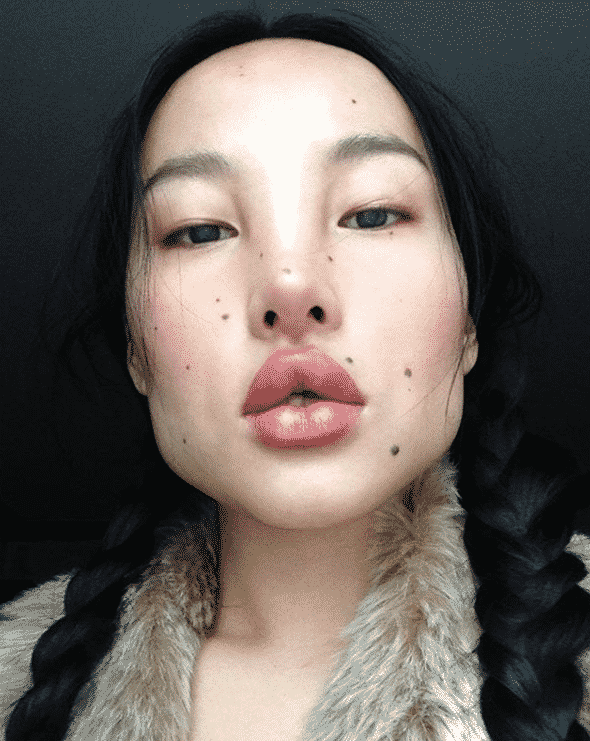 Fans have compared her features to those of Avatar’s Neytiri. 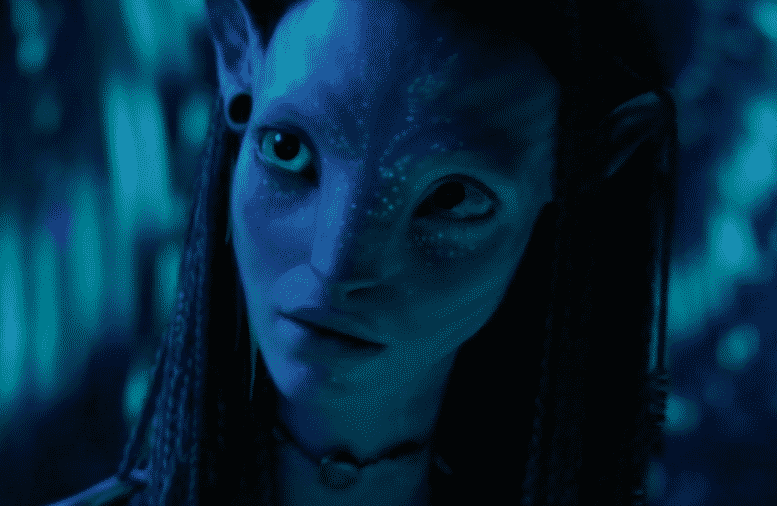 How was she discovered? Tsunaina was scouted on the streets by a modeling agency, which was rather ordinary, as a lot of models were found this way.

Standing only 5’5, which is too small for a model, it was her face that grabbed the agency’s attention. 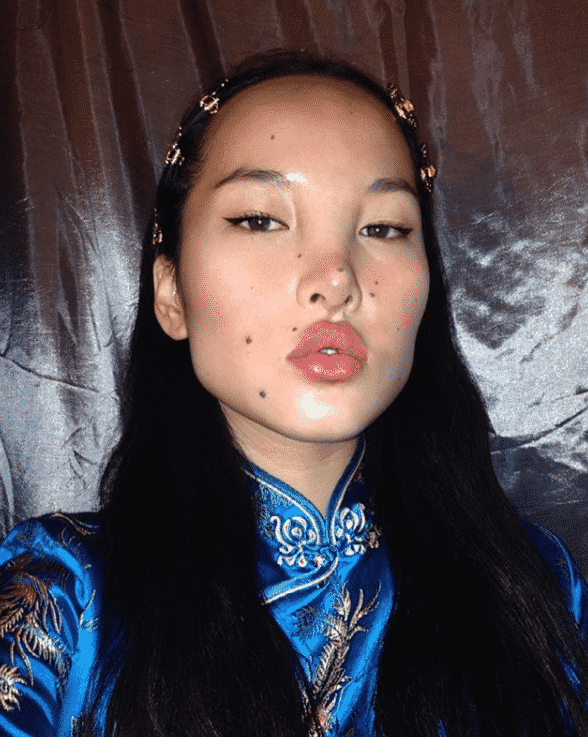 She went on to work with The Squad Management and has modeled for no less than Christian Dior.

She has walked at London Fashion Week despite her lack of height. 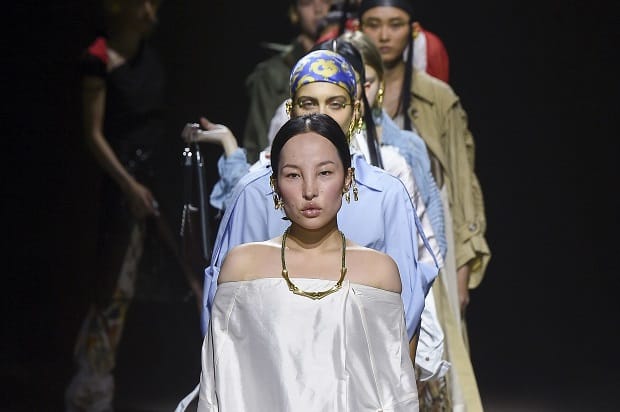 Her unique looks garnered her over 300,000 fans online, although she doesn’t post as often as the other models. 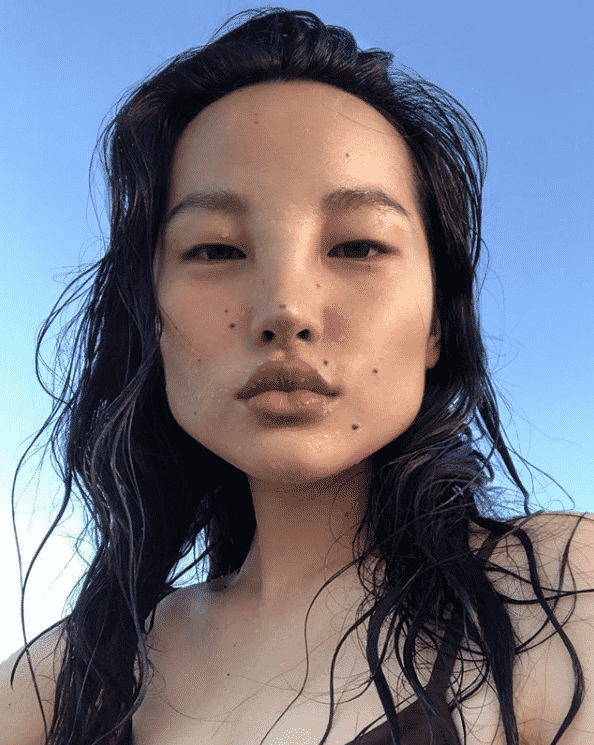 ELLE India described her this way:

“Even if you’re more inclined to conventional features, there’s no denying that the her unconventional beauty is so interesting, it’s captivating.”

Stunning is just one word to describe her face. 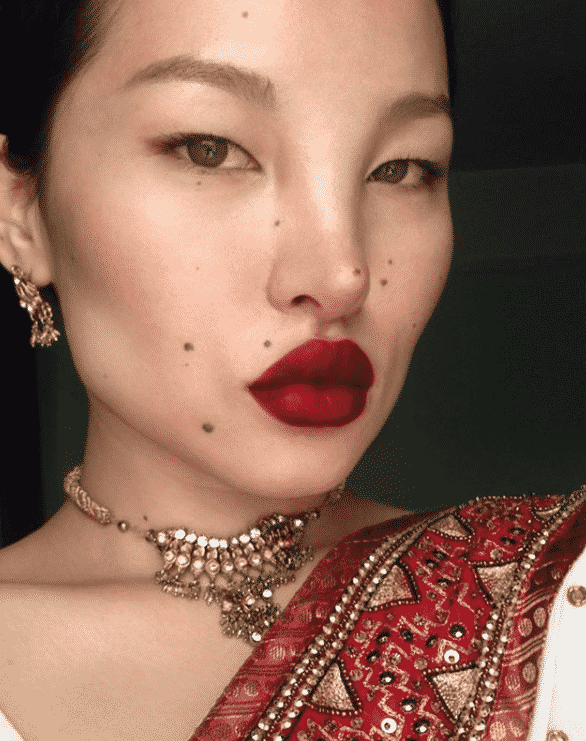 Tsunaina is just one of the current crop of models whose interesting looks have captivated the modeling world. Gone are the days that a woman has to have a classic beauty, lighter skin, or even complete body parts. It’s fascinating to know how modeling will continuously transform, especially with internet becoming the strongest medium and platforms like Instagram promoting more varieties of beauty.