People assume that all beauty queens do is smile, wave, and be pretty. But one Mississippi teen proved that pageant girls can be athletic, too!

The newly crowned Homecoming Queen traded her tiara to a helmet to beat the George County Rebels 13-12. Seven of the teams 13 points came from two Foster field goals and the game-winning extra point in overtime.

“I really don’t have any words,” Foster said afterwards, standing on the field in her football uniform, as she posed for numerous photo requests. “This has just been so wonderful. I love football, and I love Ocean Springs.”

Kaylee Foster had always been a soccer player at heart and has been a part of the varsity team since her sophomore year. For four years, she has been a member of the homecoming court. 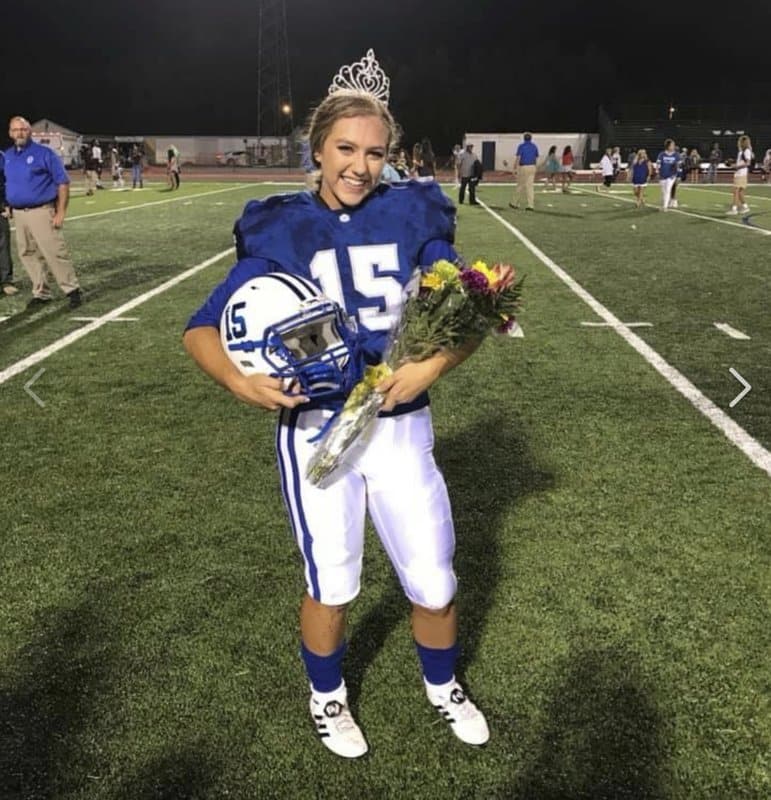 “I’d like to check the whole country and see if it’s ever happened before,” Ross said of the homecoming queen winning the game. “It certainly makes for a memorable weekend for the whole team, but especially Kaylee. It’s a big night for her. I’m proud of her, and I’m proud of the team.”