Regardless of how you look at it, bullying is plainly wrong.

According to a research conducted by the National Education Association, there are about 160,000 teens who skip school each day because of bullying.

These poor students, through no fault of their own, suffer the consequences. Some of them eventually drop out of school and, worse, some carry the fear with them even as they grow up.

No parent wants that to happen to their children. But what if you suddenly discover that your own child has been bullying others? How would you react to it and how would you teach him or her to stop the bad behavior?

Apparently, this father thinks that the best remedy to bullying is to let his son get a dose of his own medicine.

Instead of simply telling him not to do it, this dad wants his boy to know what it feels like to feel helpless when others hit and push him around. And so he brought his son to a boxing ring – to fight with professional boxers.

As you’ve just seen, the father made sure that the lesson would come across clearly.

He first pitted his son against a bigger boxer who definitely gave him a good beating. It was obviously not a fair fight.

Next, the son was matched against a fighter who’s a bit smaller than him. The teen looked a little more confident and aggressive this time. Still, the size advantage didn’t mean much, especially because of the professional athlete’s previous trainings.

A lesson he will not forget. 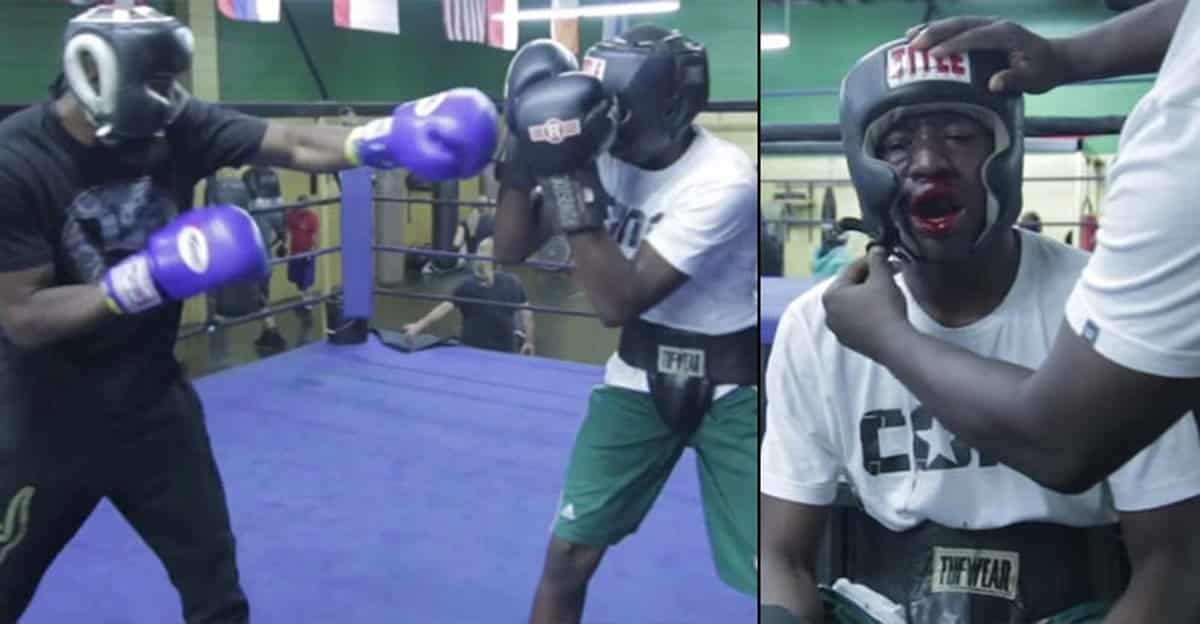 As expected, netizens were divided as to what they think about this unusual discipline method of the father. Some commended him for good parenting while others say what he did was improper and rude.

What’s your take about this topic? Is it a good lesson against bullying or not? Hit us up with a comment and don’t forget to share this on Facebook.