Tainan, Kaohsiung, Taiwan: A magnitude 6.4 earthquake rocked the Kaohsiung area of Taiwan last February 6, 2016 at around 3:25 am (local time GMT+8) when most residents are sound asleep. The city of Tainan suffered the worst effects of the disaster, with a few buildings and residential towers collapsed or destroyed by the earthquake.

The death toll is already 26, with 403 injured and 121 still missing as of time of writing. The Taiwanese government and the rescuers are doing all their best for the search and rescue operations. Most of the fatalities are from the toppling over of the 17-storey residential complex Weiguan Jinlong building. It is home to at least 250 families and at least a quarter of the residents are still trapped inside the felled structure. 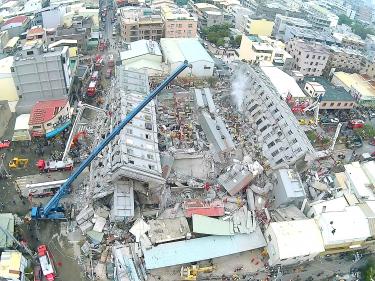 Side view of the toppled apartment complex 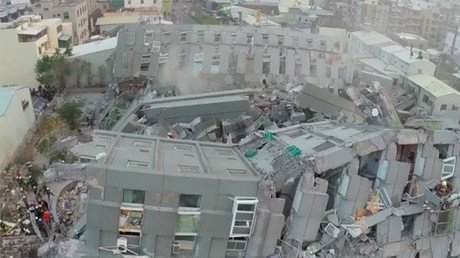 A report from BBC reporter Rupert Wingfield-Hayes reveals that one of the reasons why the said building collapsed was due to the cheap reinforcements of styrofoam and tin cans.

The consequence for cheap materials is the lives and families that suffered this unfortunate event. Aside from the 17-storey building, other buildings were found to be uprooted or skewed due to the earthquake.

At least 8 major buildings were severely damaged by the earthquake 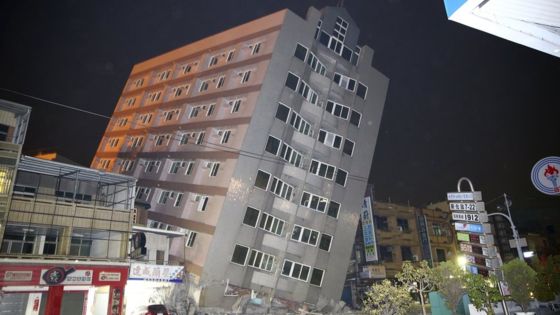 A 2-storey building collapsing from its foundation underneath 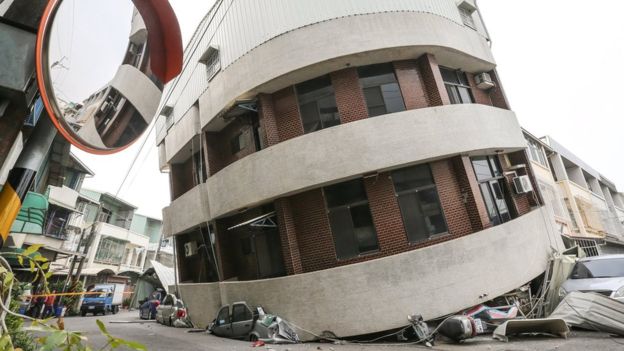 It can be seen that other nearby buildings withstood the earthquake just fine.

Our hearts and prayers go out to all those who lost their family members and those in suffrage from the event. It is truly unfortunate that such a disaster struck the country as its people are about to celebrate the Chinese New Year on February 8 (Monday).

View more photos of the earthquake aftermath on the next page.