Let’s face it, not all students value the simple things such as pens, pencils, and other school supplies. The unfortunate fact, however, is that there are also plenty of youngsters who are struggling to make ends meet and have to cope with very limited resources just so they can still study.

Take this young boy from Samar, Philippines, for example. He was so determined to keep learning that he refused to skip school even if he doesn’t have a proper pen. Instead of giving up, he went to school with an improvised writing tool made of wood and rubber band. 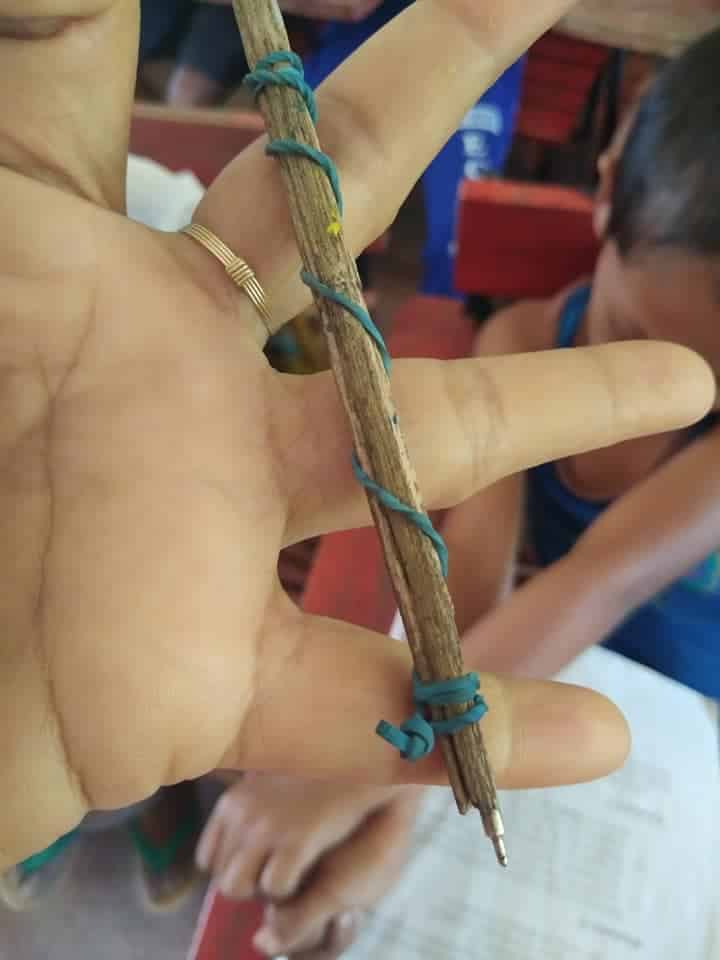 Although his family couldn’t afford to buy him supplies that he needed for school, the young boy found a creative way to fix that.

He made his own writing tool using three materials: a piece of wood, rubber bands, and a ballpen refill. He then proudly used it in his class.

In a post that has since gone viral on Facebook and reshared over several channels, Teacher Maricor Baculanta with Facebook account Moshi De Vera-Bacs shared pictures of the kid who was writing intently on his armchair while using the makeshift pen.

According to the teacher, she noticed the student was covering his paper even when they weren’t having an exam. Apparently, the kid was trying to conceal his pen out of everyone’s view.

The post has inspired a lot of people as the young student didn’t complain about his situation, but chose to make the most out of it. 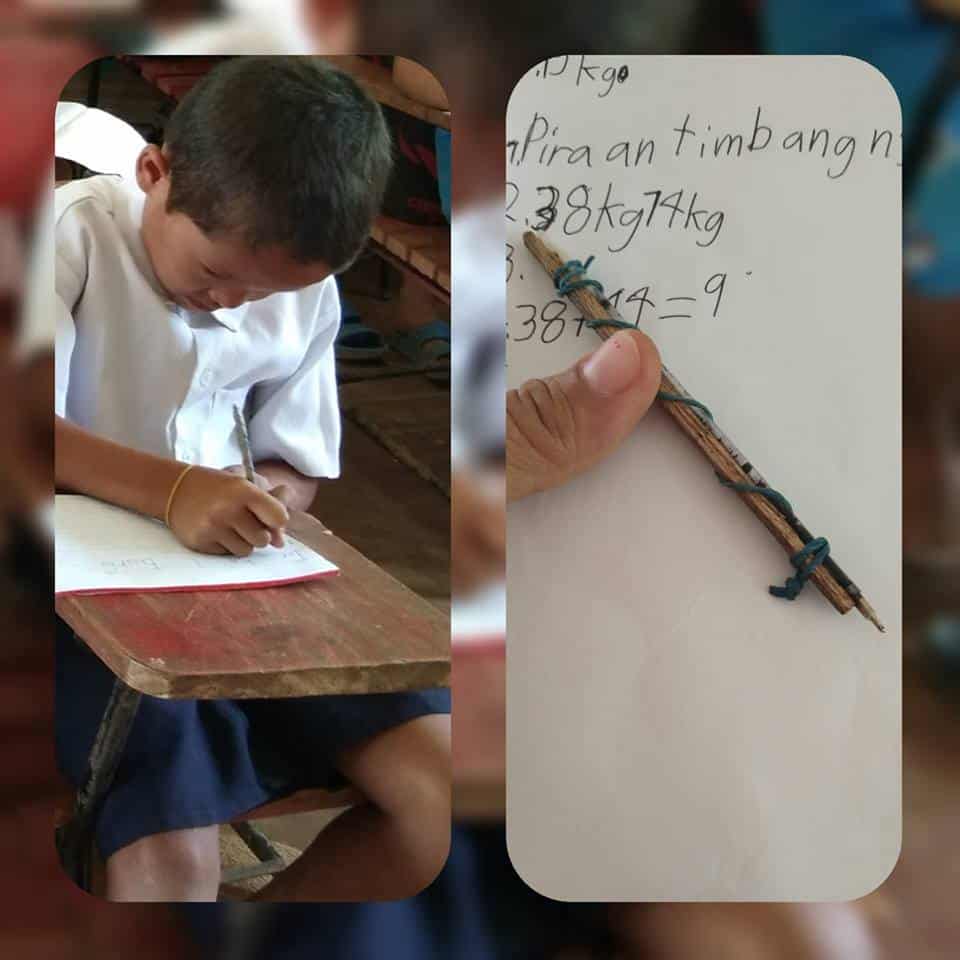 The still unnamed kid goes to school at Union Elementary School in Sta Rita, Samar. After learning his story, a lot of netizens vowed to help him, saying that they are more than willing to send him some school supplies.

Other commenters shared that their kids don’t know how to value their school supplies and they wished the children could learn a thing or two from this boy.