Somewhere off the west coast of Scotland is a tiny, remote island considered the most far-away portion of the British Isles. It is virtually uninhabitable; an island of jagged granite boulders, tall cliffs and a hostile climate. It’s called St. Kilda, and until the early 20th century, its hardy residents eked out a difficult existence, sustained mainly by eating birds.

The remote archipelago was inhabited for about 4,000 years. The only settlement, the Village Bay, was located on the largest island Hirta. The windswept island was unsuitable for farming but the islanders did grow a small amount of barley, oats, and potatoes. However, the strong winds and saltwater would usually damage the crops.

The wind blows so hard, that trees refused to grow on this island. 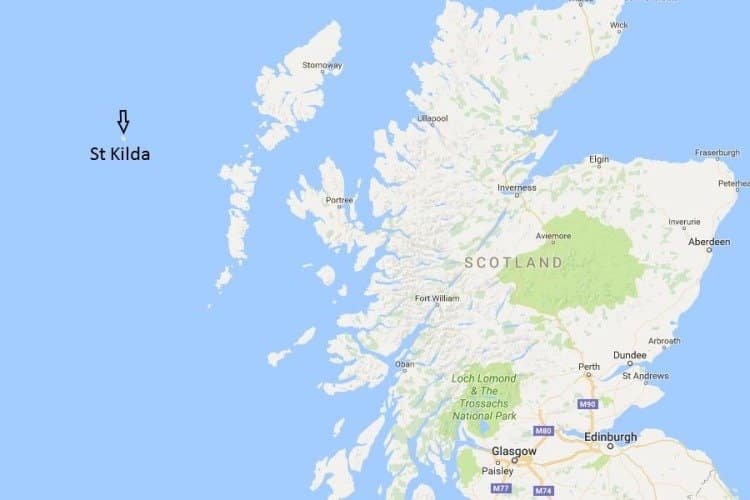 The islanders primary diet was birds, which is very abundant here. St. Kilda is regarded as the breeding ground of several seabird species like gannets, petrels, puffins, and fulmars. The world’s largest colonies of northern gannets, around 24% of the global population, and about 90% of the European population of Leach’s petrels bred on this remote island.

Primitive St. Kilda as its been through four centuries. 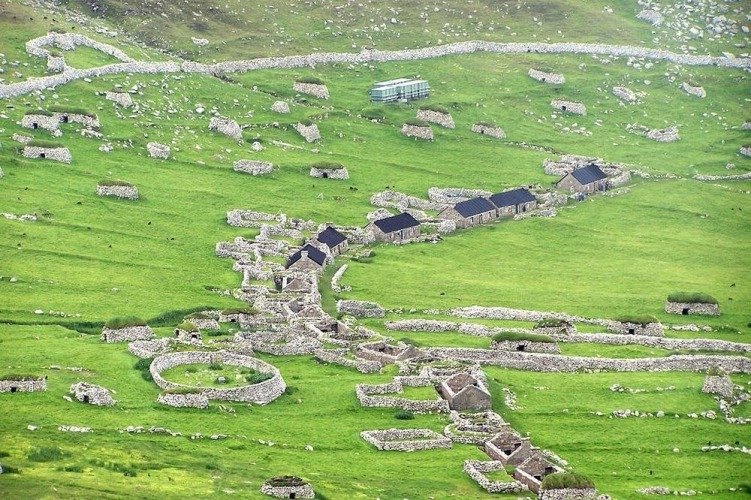 It wasn’t easy to catch birds. But the islanders had mastered the difficult art of bird catching. Using ropes, the men would scramble down the steep cliffs to collect birds and eggs from nests.

For thousands of years the small Scottish community of St. Kilda lived a hunter-gatherer lifestyle, long after their mainland peers enjoyed the benefits of electricity, running water, and motorized vehicles.

Fishing was not an option here because the sea is constantly rough. 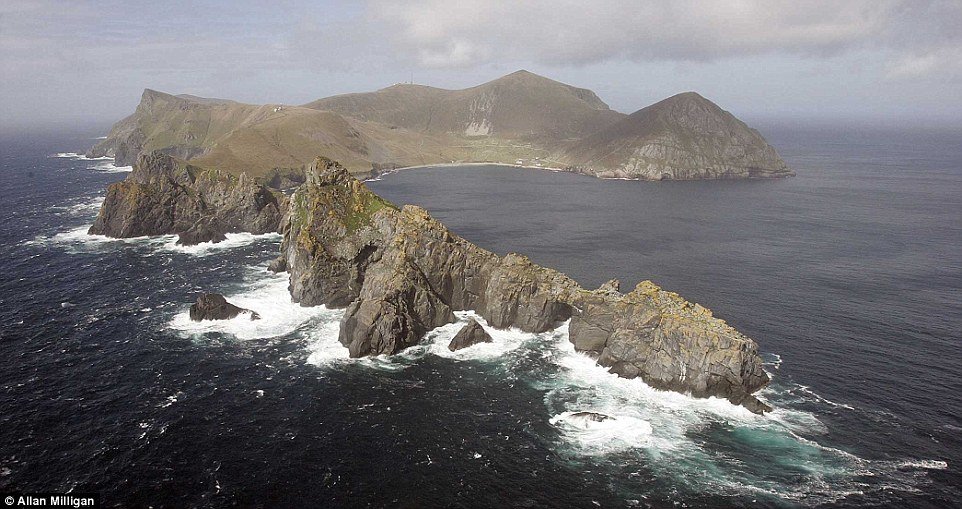 The sea was too rough to fish, so they subsisted mostly on gannets, puffins and fulmars, which alighted on the island’s cliffs to build their nests. The St. Kildans scaled sheer rock to catch the birds and gather their eggs. On the side, they took to farming crops, despite the hostile climate and meager harvests.

By 1876, it was estimated that the islanders consumed over 89,600 puffins, which they ate like a snack, just like a packet of potato chips.

In the absence of refrigeration and electricity, they stored bird carcasses for future use inside cairns built of stone. 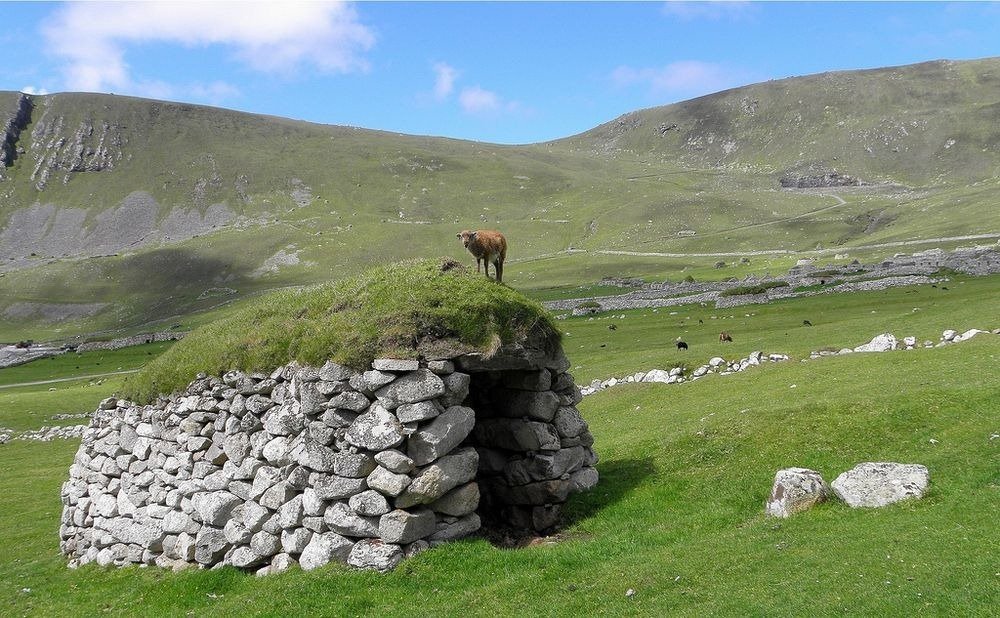 To their credit, no part of any bird they caught went to waste. Feathers they kept to stuff pillows, gannet skins they hoarded for shoes, and oil from the birds’ stomach became fuel.

The St. Kildans lived on this island for some 4,000 years. 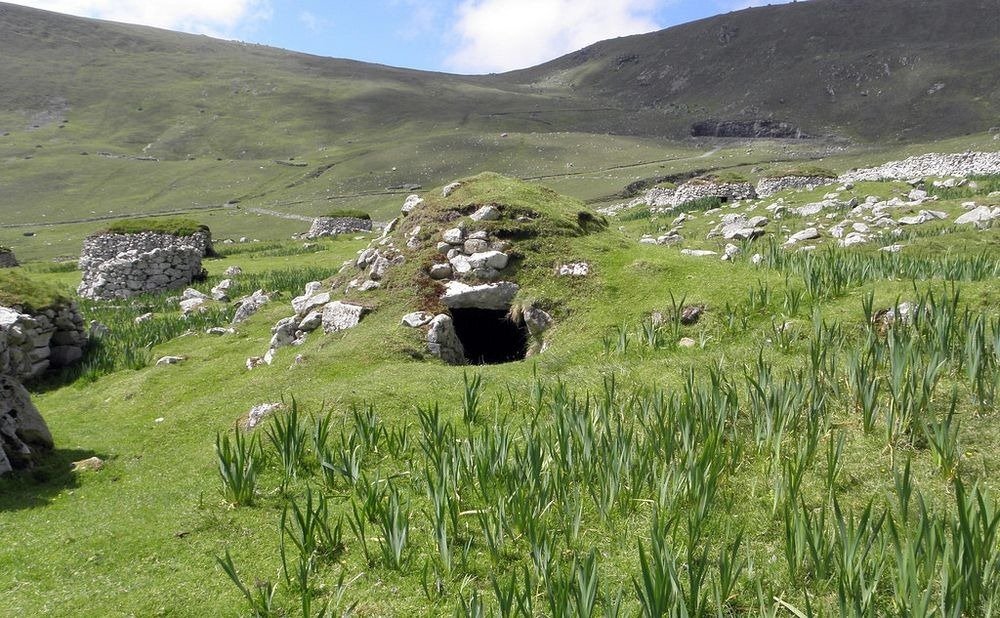 In the same settlement that looked as if it was just a step forward from the Stone Age. 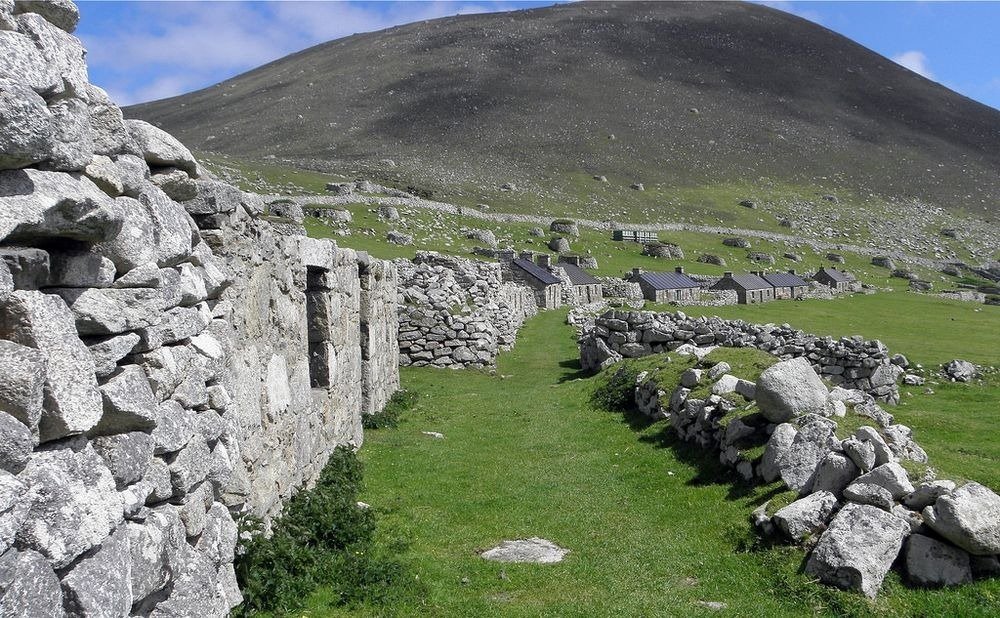 Imagine living in these! 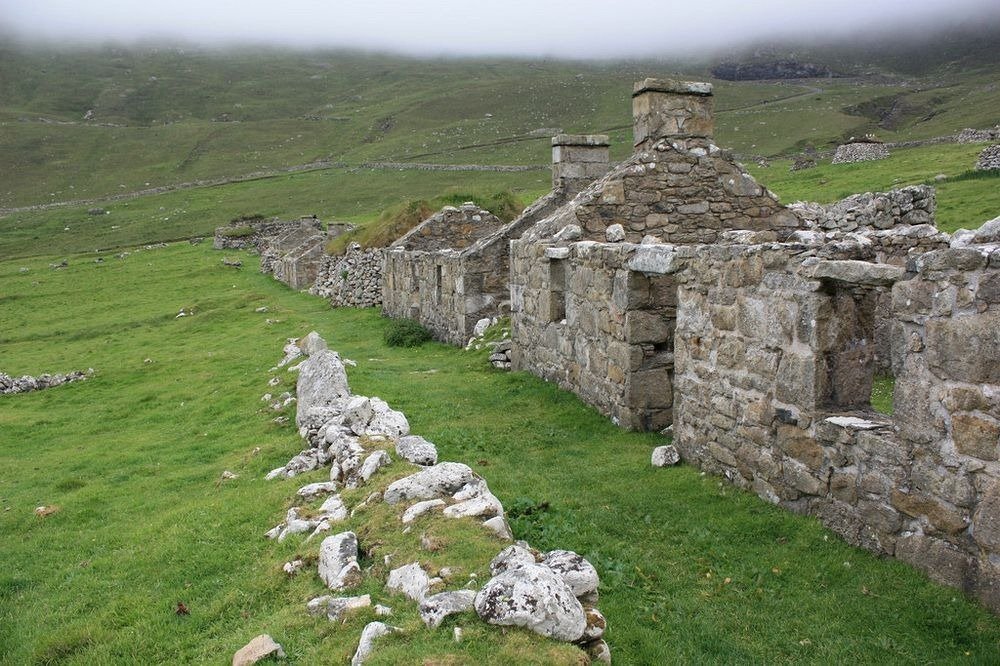 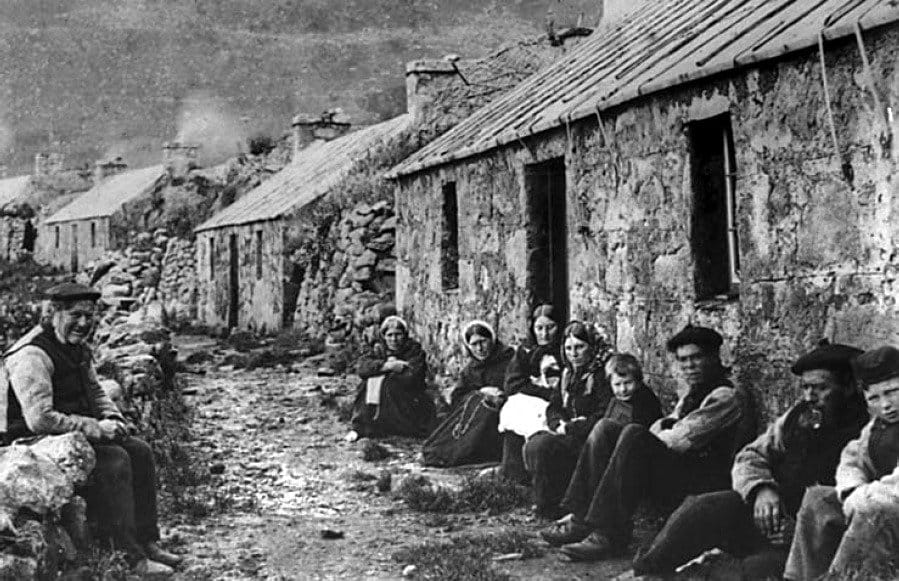 By the 19th century, tourists flocked to St. Kilda, awed by the stringent life the residents lived. 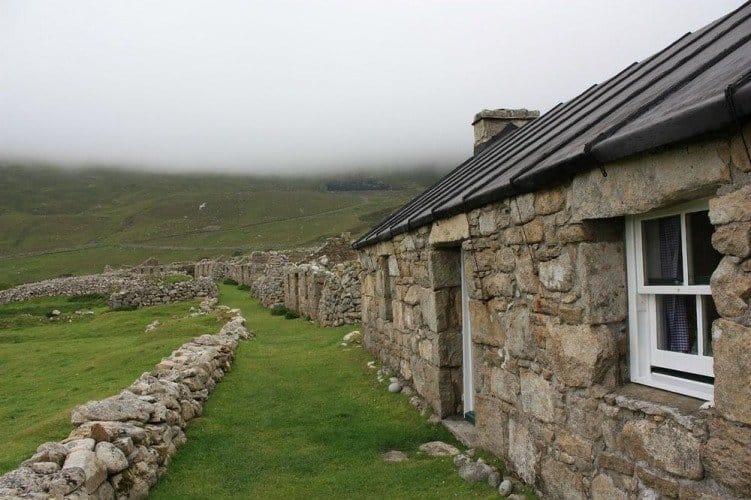 St. Kildans were so amazed when they first encountered a spinning wheel. 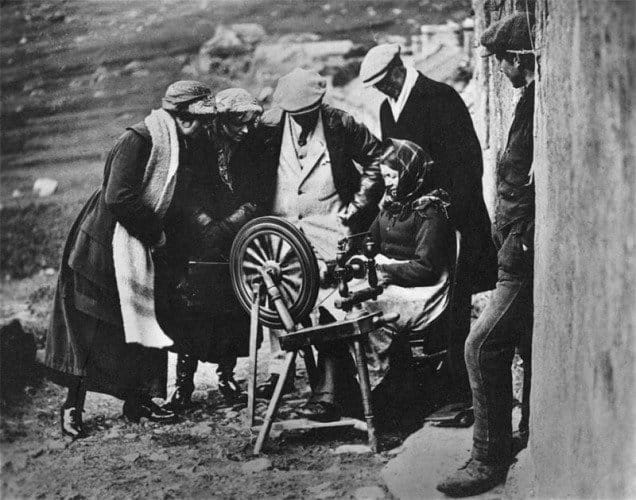 For the first time, St. Kildans became aware of the outside world and its progress. They even began importing food, fuel, and building materials.

By World War I, a Royal Navy detachment on the island provided the residents with regular deliveries of food and mail.

Soon, the residents saw how much they lacked, especially in terms of medical care. After a young woman died from appendicitis in 1930, the St. Kildans took a vote whether to remain on the island or leave.

Nearly everyone voted to vacate, and they wrote a petition to the government to request a mass evacuation. 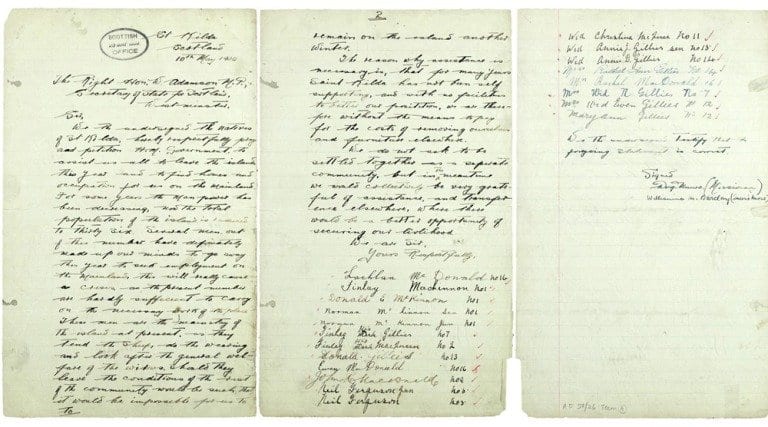 As many of the St. Kilda men previously left to seek greener pastures on the mainland, the population continued to decrease, and no one was left to tend to the sheep, weave cloth and care for widows and children.

In the petition, the residents wrote:

“It would be impossible to stay on the island another winter. We do not ask to be settled together as a separate community, but in the meantime we would collectively be very grateful of assistance, and transference elsewhere, where there would be a better opportunity of securing our livelihood.”

By August 1930, the remaining thirty-six St. Kildans were evacuated and resettled on the Scottish mainland.

They carried all their belongings on their backs. 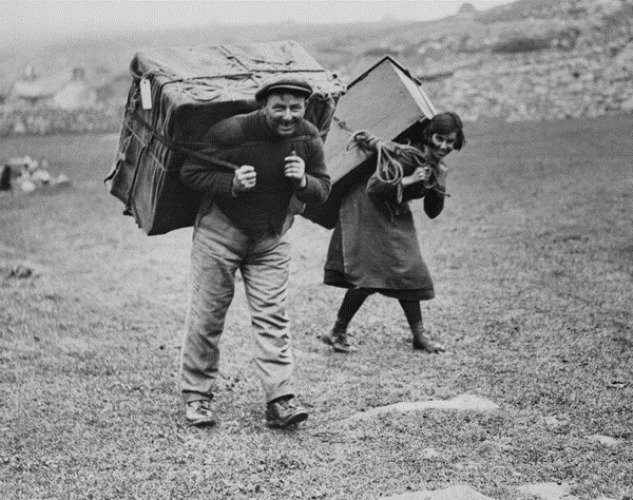 By 1986, St. Kilda, with all its abandoned stone homes and farmhouses, was declared a UNESCO World Heritage Site.

The first place in Scotland to receive this distinction. 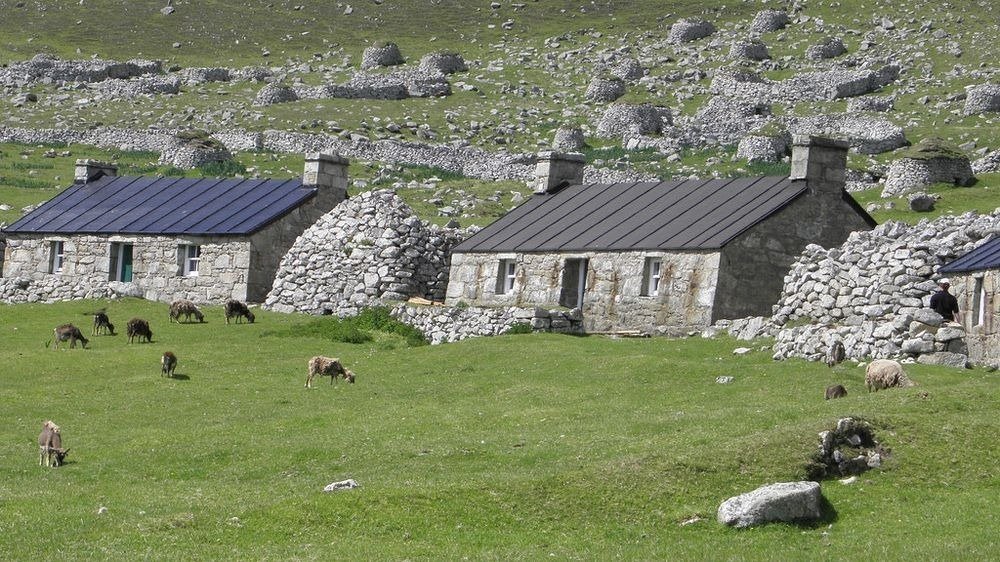 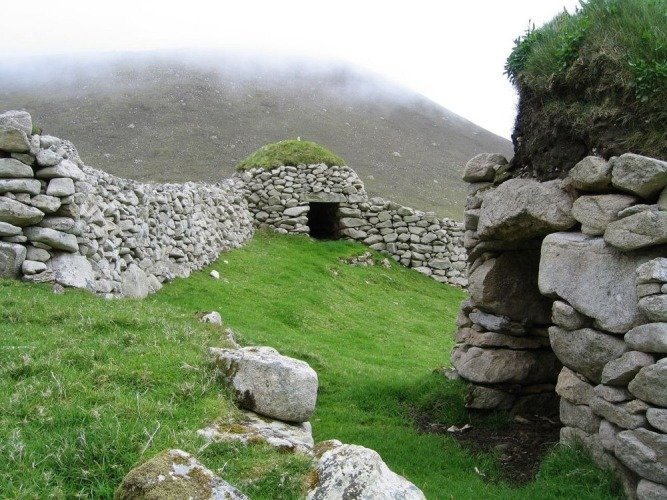 Today, thousands of tourists flock to St. Kilda to marvel at the eerily abandoned settlement strangely preserved in the forbidding clime. 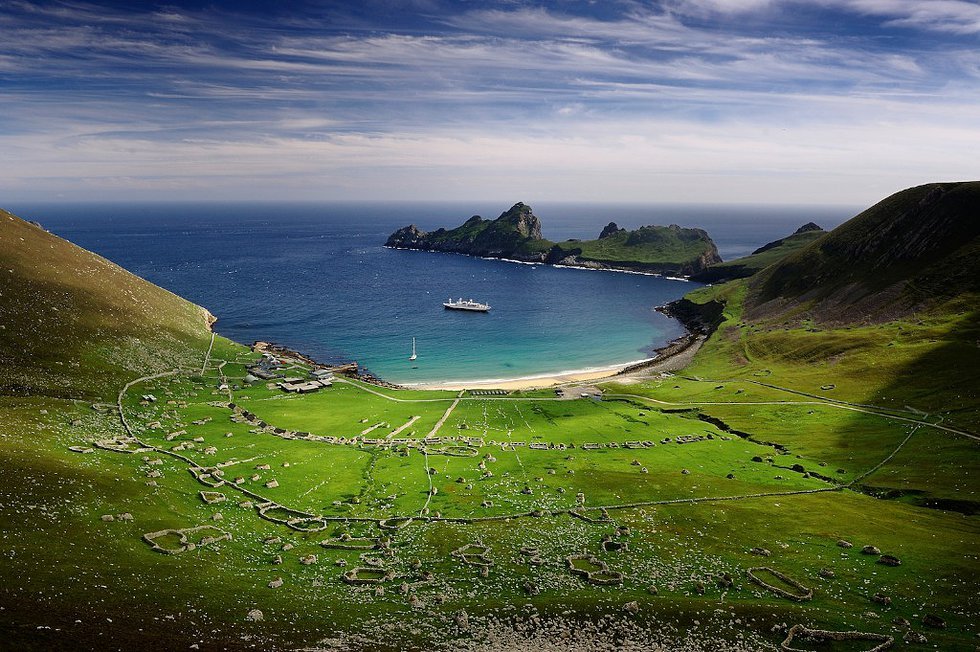