Primitive living may be old and rustic but not with the new discoveries on this mysterious island where modernism has never set foot as far as 60 decades ago.

Despite the various voyages and discoveries that molded the entire history of humankind, the Andaman Islands in the Indian Ocean’s Bay of Bengal has proven that not all indigenous living has been able to completely adapt to the extreme evolution of culture and social living.

Behind the serene beauty of the vast body of virgin waters, an indigenous tribe lives on North Sentinel Island. Isolated from the outside world for the past 60,000 years, anybody who has tried to contact the Sentinelese people has been killed, or at least drawn a violent reaction from the community.

The Sentinelese hold javelins as they see outsiders approaching. 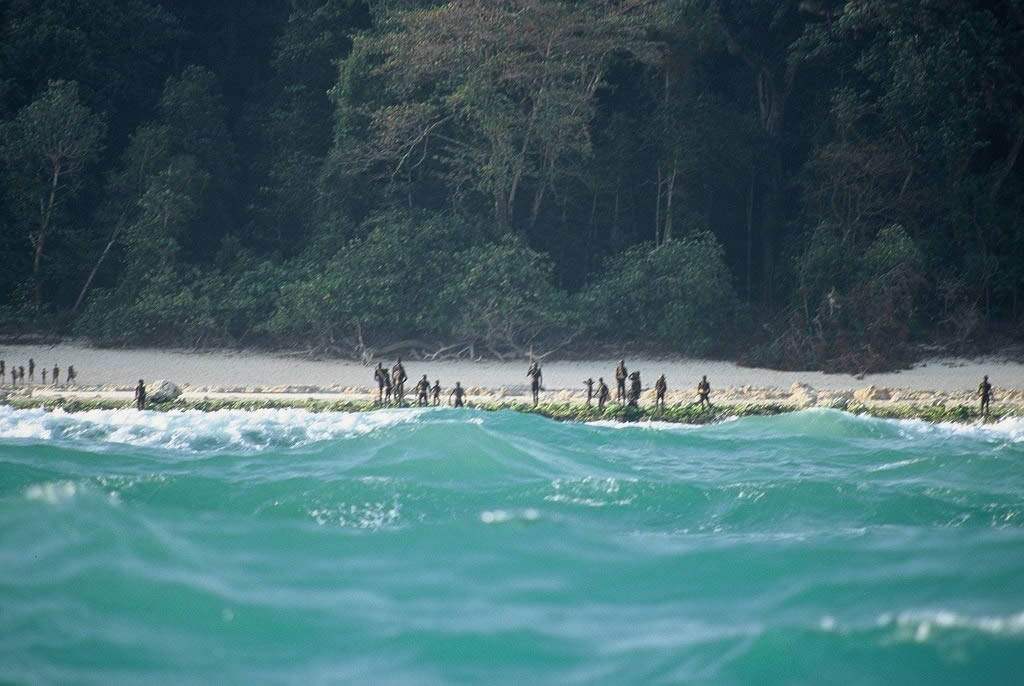 For thousands years of primeval way of life, they were able to preserve their own concept of survival by utilizing their skills in hunting. Known as hunter-gatherers, this tribe didn’t show any agricultural practices. What’s even more interesting is that, there’s no evidence that the Sentinelese have methods of producing fire.

North Sentinel is one of the 572 islands making up the Andaman chain in the Indian Ocean’s Bay of Bengal. 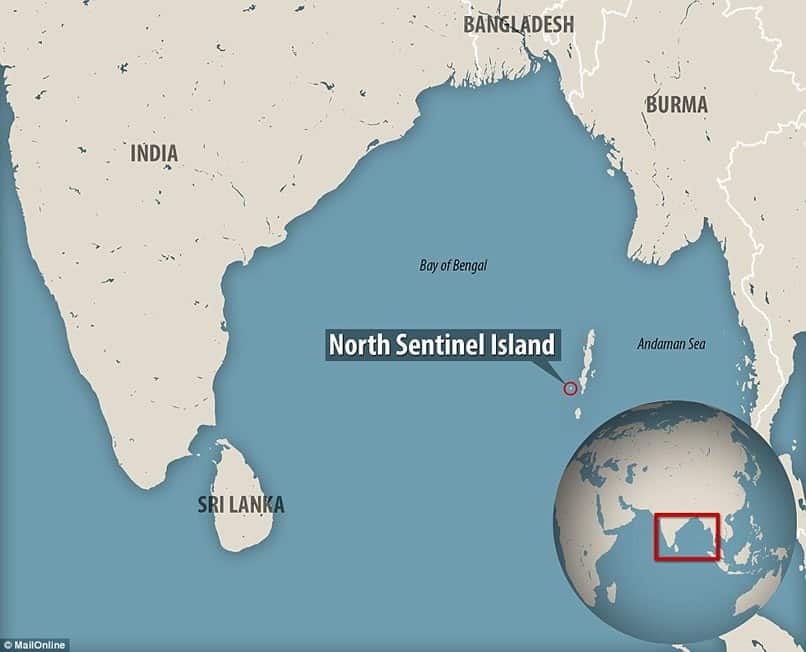 The island which rests in the Indian Ocean, is so dangerous for outsiders to attempt to visit that India’s government has established a three-mile exclusion zone to prevent more violence.

Here’s a satellite photo of the island – which is the size of Manhattan. 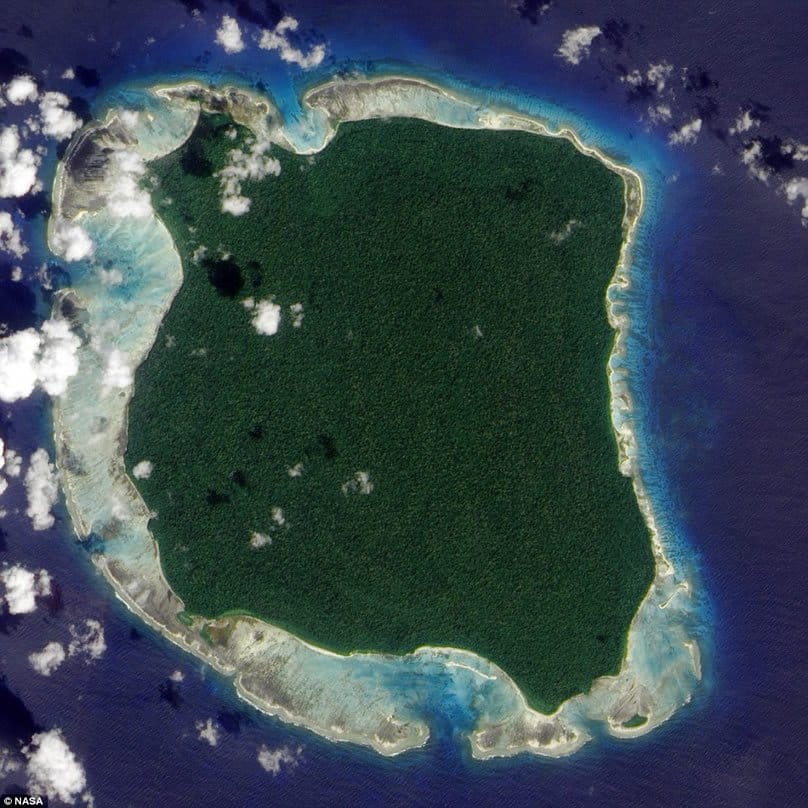 The tribe rejects modern civilization and actually maintains their no-contact status quo. The Sentinelese want nothing to do with the modern world and have repeatedly rebuffed attempts to make peaceful contact.

In 2004, a helicopter sent on a tsunami relief effort was welcomed by a hail of arrows. 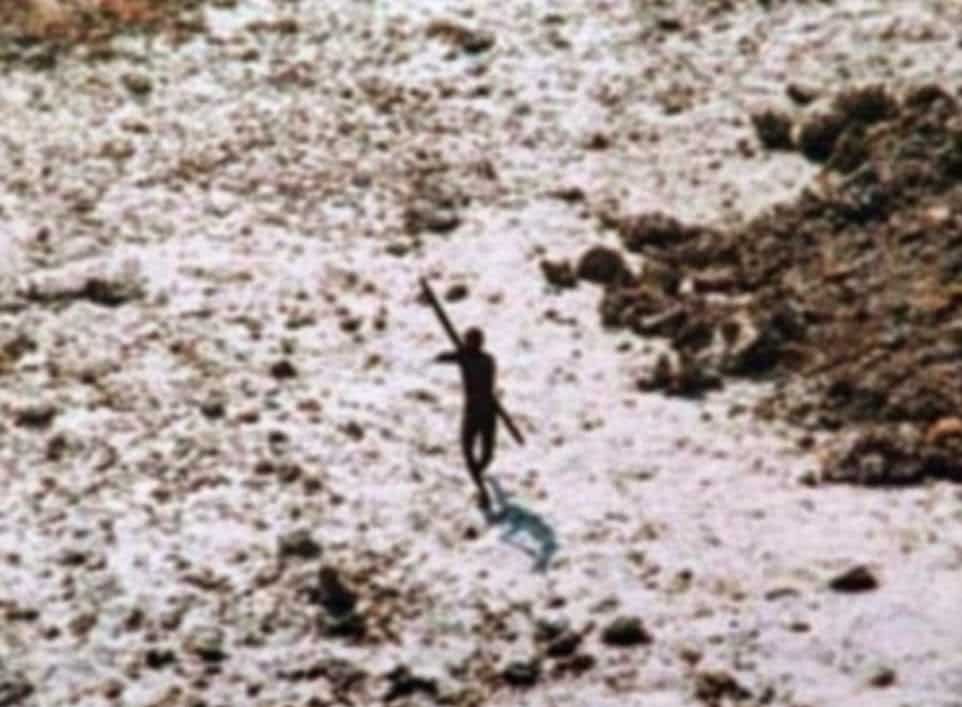 In 2006, two fishermen were killed after their boat drifted towards the island. 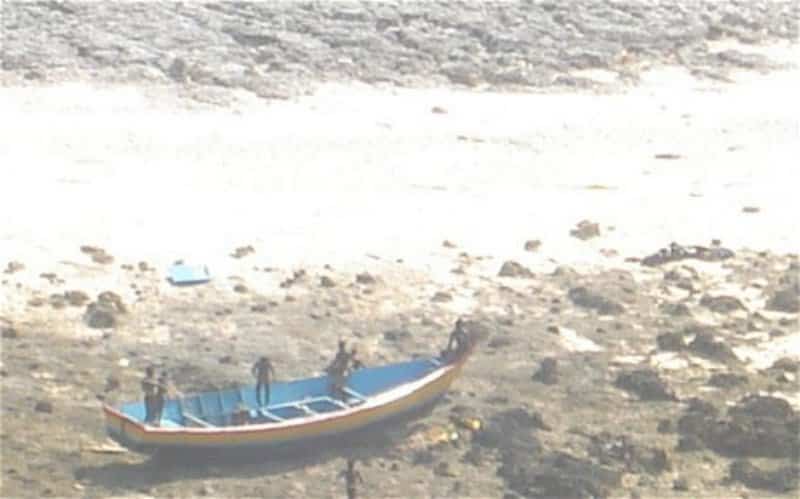 The two fishermen lost their lives after fishing illegally for mud crabs within the exclusion zone. 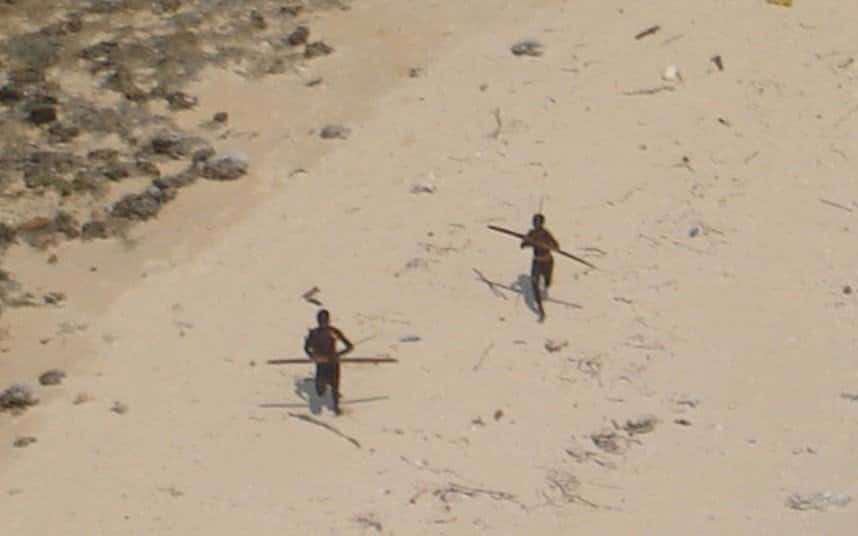 Although there are limited gathered knowledge and researches that could accurately discuss further on their existence, records show that they can be down to a minimum of forty but could shoot up to almost a 500 in population count depending on the scouted area of the island.

The Sentinelese are believed to be the last pre-Neolithic tribe in the world to remain isolated. 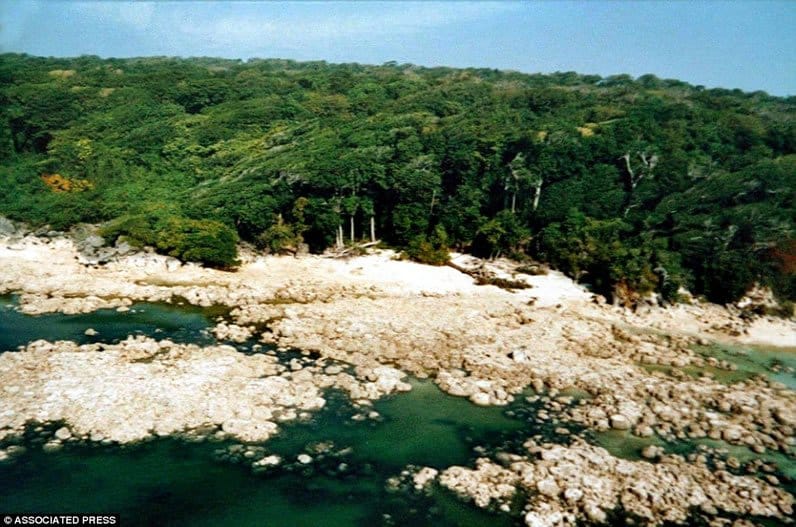 For several times, experts have attempted to bridge gaps with the said people but just ended almost empty-handed due to the cultural differences and other barriers that hinder communications.

This shipwreck resulted in many deaths when the sailors clashed with the tribespeople. 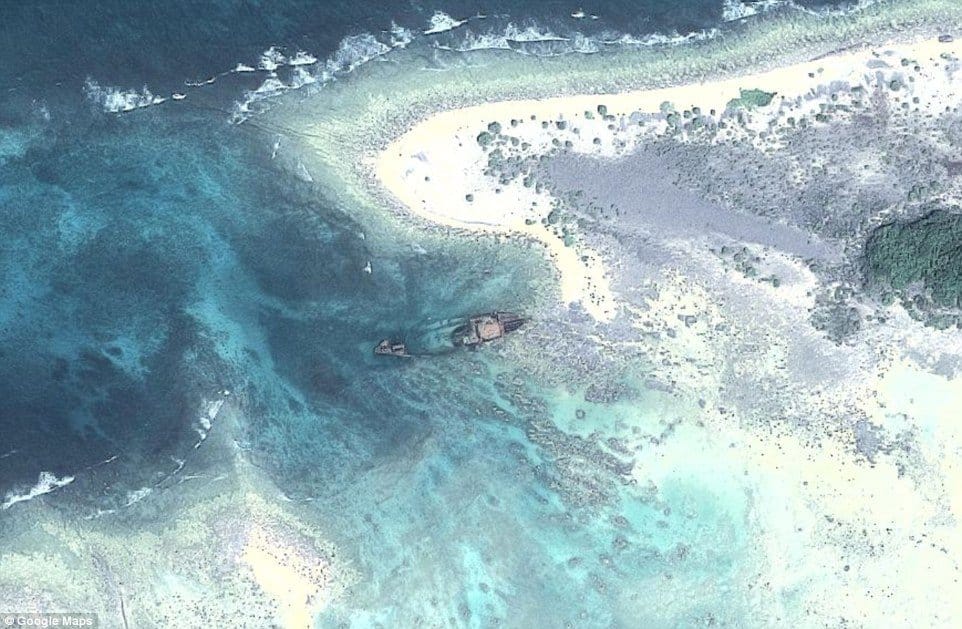 In the 1980s and early 1990s many Sentinelese were killed in skirmishes with armed salvage operators who visited the island after a shipwreck. Since then the tribesmen have remained virtually undisturbed.

Survival International, a human rights organization, strongly believe that the Sentinelese may have “directly descended from the first human populations to emerge from Africa, and have probably lived in the Andaman Islands for up to 60,000 years.” And so, they continue to protect the rights of these indigenous peoples.

The five-foot high black skinned Andaman islanders are rumoured by sailors to be cannibals. Their origins are still mysterious, but study reveals these ancient people have close links to Africa, from where they have been separated for 100,000 years.

How they managed to close their doors to global change remains a mystery. However, experts believe that despite their isolation, their amazing seclusion from the rest of the world is a living testament that humanity can indeed survive even in the absence of technology.