Marine animals like fish do sleep but they do it in a different way than mammals. As for the remarkable sperm whale, its sleeping habit is not known to most people until now.

Franco Banfi, an award-winning wildlife photographer, managed to capture sperm whales in an incredibly rare moment when they were sleeping. Banfi was with a team of scuba divers when he followed the pod of whales off the coast of the Caribbean island, Dominica. Suddenly, the gigantic creatures fell motionless and started to vertically rest in synch. 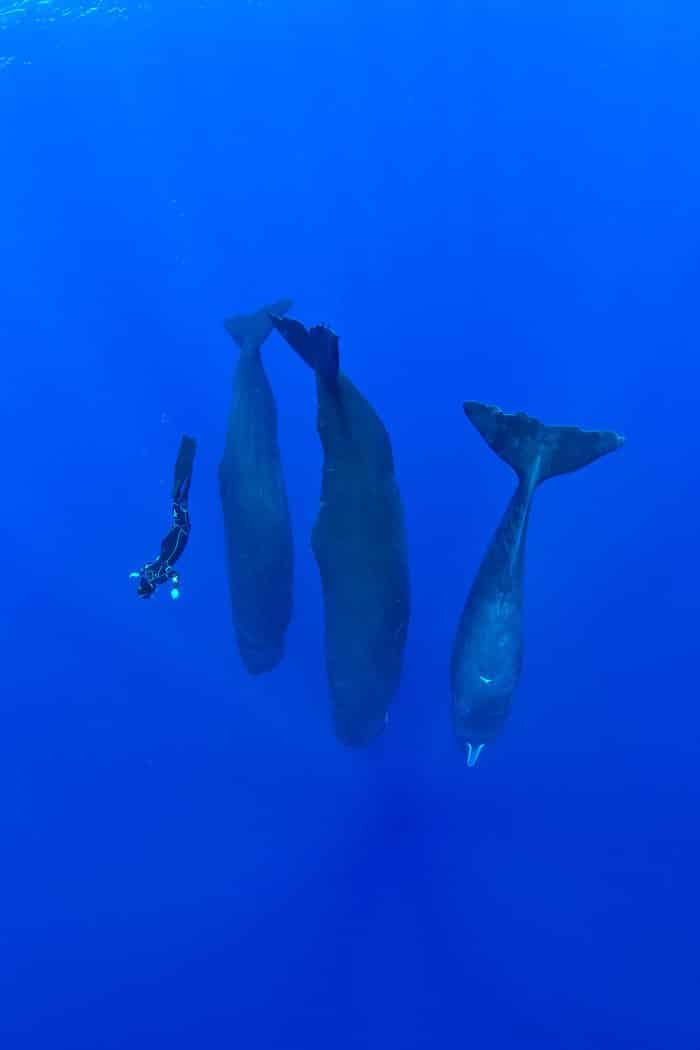 Sperm whales are quite known to be social animals. Banfi said that the group he saw consisted of 10 sperm whales and all of them fell asleep together, DailyMail reported.

“I was very lucky to see such a great moment in nature, and I’m thankful the whales trusted me and gave me the opportunity to attend the show. It doesn’t happen like that every time you see them.”

Sperm whales spend only seven percent of their life sleeping or taking a nap. This nap approximately lasts between 6 to 25 minutes. But in Banfi’s discovery, they slept for 10 minutes.

Banfi was with free diver Sabrina Belloni, who posed with the sleeping whales. 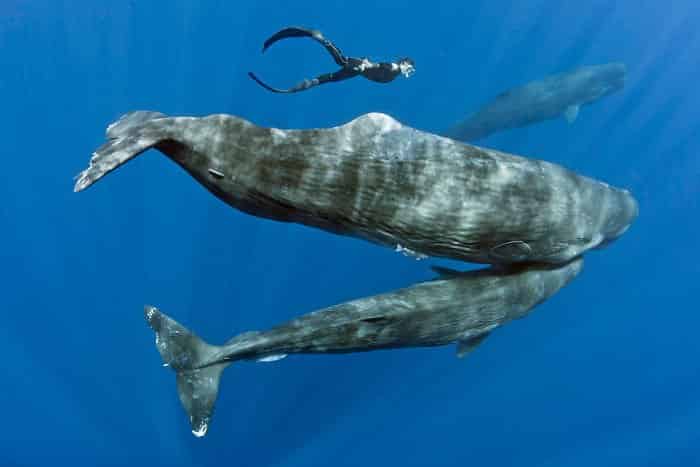 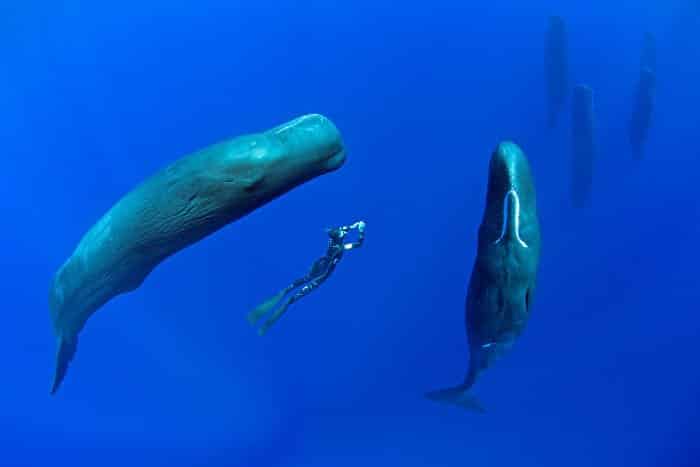 These naps can last between six to 25 minutes. 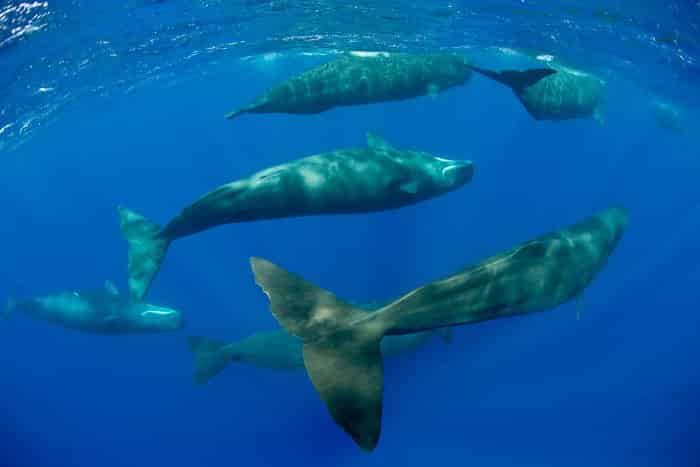 Sperm whales found by Banfi were timed to have slept for about 10 minutes. 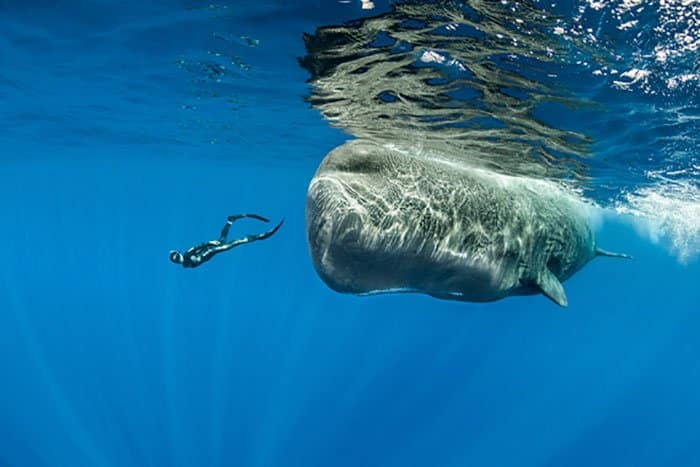 The sleeping behavior of this animal was first documented in 2008 when a team of UK and Japan biologists stumbled upon a pod of sperm whales lying completely still.

Banfi is lucky enough to get this close and capture the surreal images. 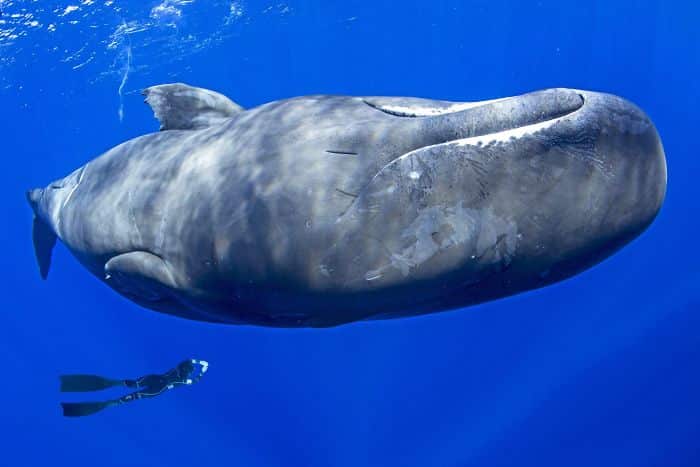