Everyone who has read or watched any sort of science fiction has probably thought about how cool it would be to live in an underwater facility. For the past couple of years, people have actually been trying to live that fantasy with the underwater labs, tunnels, and hotel rooms successfully extended under bodies of water. Most of these projects are in the United States and their success rates have opened other continents to experiment on their very own underwater structures.

Architects are continuously becoming creative when it comes to designing structures. From light and airy to damp and dark, they now make any location possible for habitat. European architects are now up for the challenge on putting up the continent’s very first underwater restaurant. 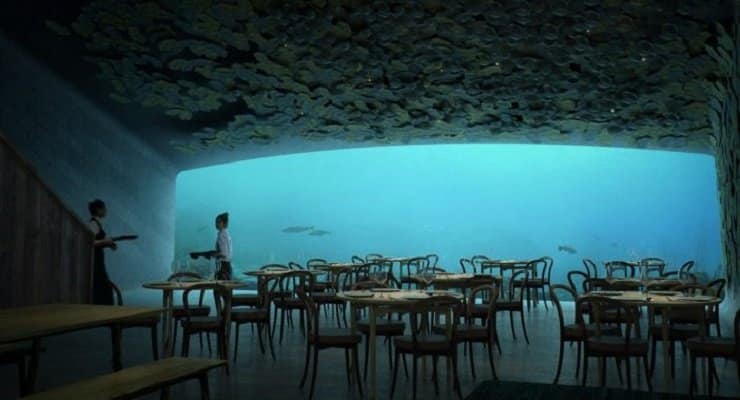 A Norwegian design company is about to build a three-level restaurant which will boast a panoramic window that will let customers journey to the sea floor of Southern Norway. Lying from the shore and extending down below the water, this restaurant will take dining experience to another level with an exciting adventure like nothing before.

The building will have three levels that will extend from the coastline to the seabed. 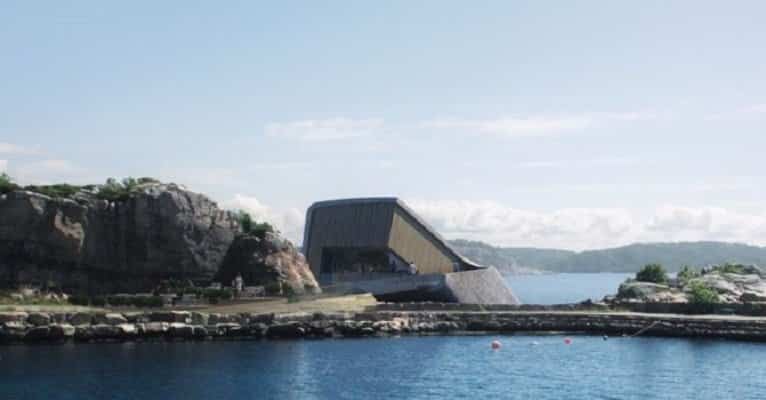 Restaurant guests can enjoy a full view of the seabed and underwater world with the establishment’s wide glass window. 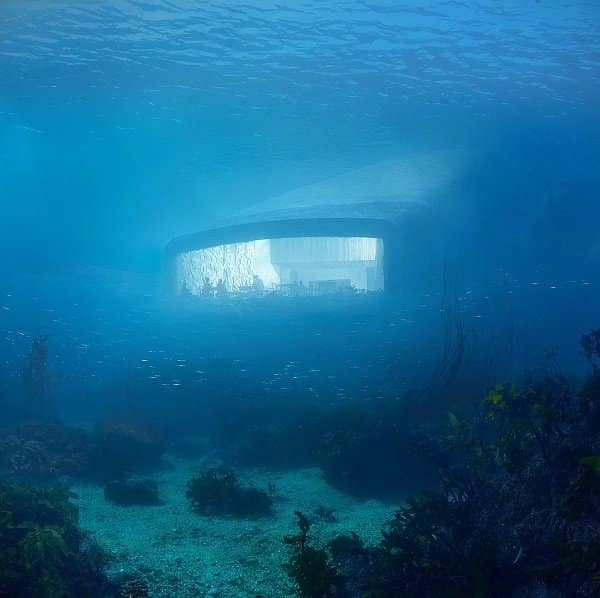 The restaurant will be called Under and it will be constructed to look like a sunken periscope. The design company Snøhetta revealed a few details of the design including their plan of putting the entrance and the cloakroom at the coastal level. From there, dining guests can visit the champagne bar which will be installed one level below which also serves as the transition point from the shoreline to the ocean. The bottom level will be the seabed-level dining room which will be installed with a 36-foot-wide panoramic window into the Deep Blue Sea.

“Under’s namesake holds a double meaning: In Norwegian, ‘under’ can just as well be translated into ‘wonder.’

Half-sunken into the sea, the building’s monolithic form breaks the water surface to lie against the craggy shoreline.

More than an aquarium, the structure will become a part of its marine environment, coming to rest directly on the seabed five metres below the water’s surface.

With metre-thick concrete walls, the structure is built to withstand pressure and shock from the rugged sea conditions.

Like a sunken periscope, the restaurant’s massive acrylic windows offer a view of the seabed as it changes throughout the seasons and varying weather conditions.

Under lies on the southernmost point of the Norwegian coastline by the village of Båly, so diners will experience the true wilds of the ocean, relatively untouched by man…

Until now, of course.”

To ensure safety and quality, the restaurant will be built with thick concrete walls, so guests shouldn’t worry about sinking under the sea. 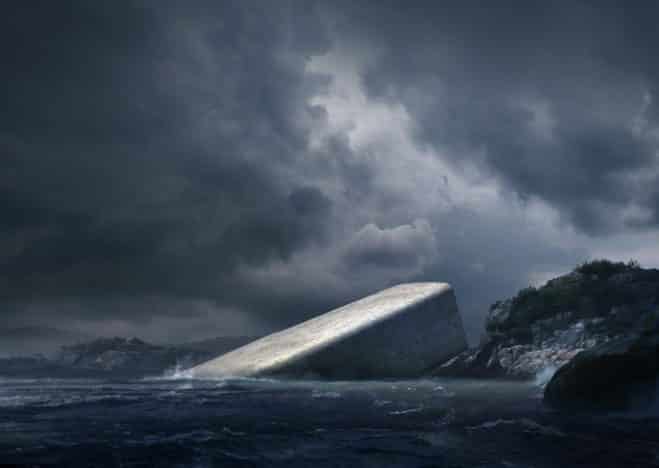 Considering the challenges of design sustainability such s underwater pressure, Snøhetta plans to use industrial concrete walls that are three feet thick to withstand the rugged conditions of the North Sea and the outer shell will have a coarse surface, so mollusks can latch onto it which will later become an artificial mussel reef that functions dually to rinse the sea and naturally attract more marine life.

The underwater restaurant‘s designers hope the project to become part of the marine landscape in the future, adding:

“Over time, as the mollusc community densifies, the submerged monolith will become an artificial mussel reef that functions dually to rinse the sea and naturally attract more marine life to its purified waters.”

Snøhetta is in charge of the project which is already ongoing construction in Lindesnes, Norway. 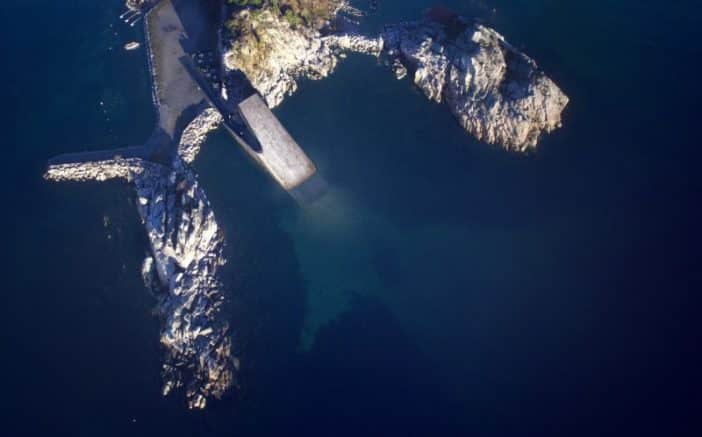 The restaurant will be spacious, accommodating 80-100 guests at once. Designers also agreed to place muted lighting to help stage the wildlife flourishing on the sandbank. Research teams are also signed to study marine biology and fish behavior so the restaurant can optimize conditions to make sea creatures thrive in close proximity to the building, which also enhances the underwater experience of the guests.