You can find interesting characters on the bus every day. However, the D Line in downtown Seattle has a regular commuter of the furry kind. A smart dog has figured out how the city’s RapidRide buses work so the independent pup decided to ride solo.

Eclipse is an adorable black Labrador Mastiff mix who enjoys going to the dog park. Although her owner Jeff Young regularly brings the pooch to her favorite spot, she sometimes just couldn’t wait to go the location. Because of this, Eclipse has taught herself how to ride the bus by herself.

This adorable pooch doesn’t need a human to take her to the dog park. 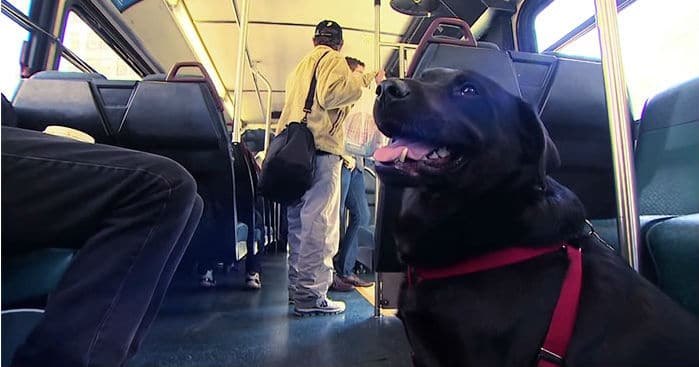 The smart puppy began taking the bus solo by accident. According to Young, it started when he took too long to finish his cigarette before getting on the bus. Eclipse decided to hop on without her owner and still managed to get off at the right stop that leads straight to the dog park.

Since then, Eclipse has been riding the bus solo when Young is too busy. She sits patiently through three stops before getting off at the dog park. Not surprisingly, the smart pooch has turned into a local celebrity.

The other passengers were undoubtedly smitten with Eclipse. The pup is reportedly friendly with her fellow commuters, who don’t mind sharing the bus with a furry traveler. “She makes everybody happy. How could you not love this face?” one passenger pointed out. 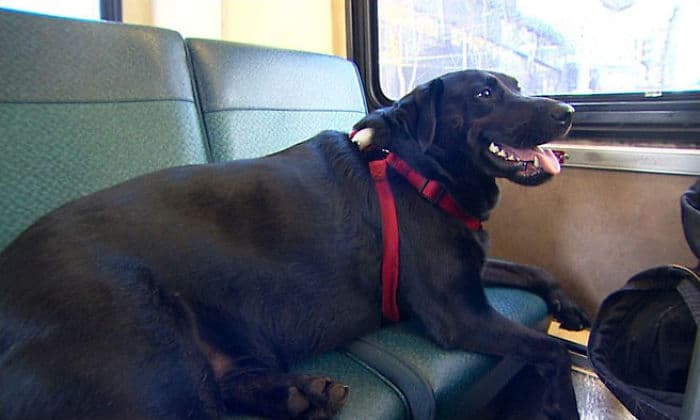 Eclipse has all the freedom to ride Seattle’s public transit system because of the drivers. Dogs are reportedly allowed on the bus depending on the driver’s discretion.

Since the pooch clearly not a threat to other passengers, she is always allowed to board the bus. Now Eclipse never misses the chance to visit the dog park.

Although it’s great to see a smart pup ride the bus on her own, officers still advised Young to accompany his pet and keep her on a leash.

Learn more about Eclipse in the video below: