Due to the influx of refugees in Italy, the Sicilian Mafia is fighting African gangs in a desperate move to maintain supremacy. They have now declared “war” against migrants.

Recently, a 21-year-old Gambian man was shot in the head by a local mobster. The incident took place in Ballaró, where the migrant population dramatically increased from five to 25% since the migrant crisis began. The vicious attack was an example of the violence gripping the island, and people fear that it will soon spiral out of control. 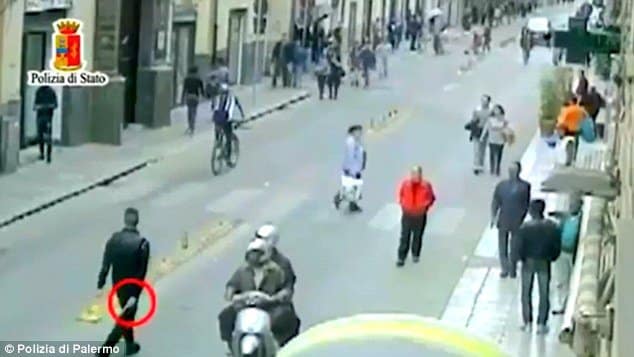 One thousand immigrants arrive in the Palermo, Sicily every week causing the immigration to soar by 90% during the first quarter of the year. 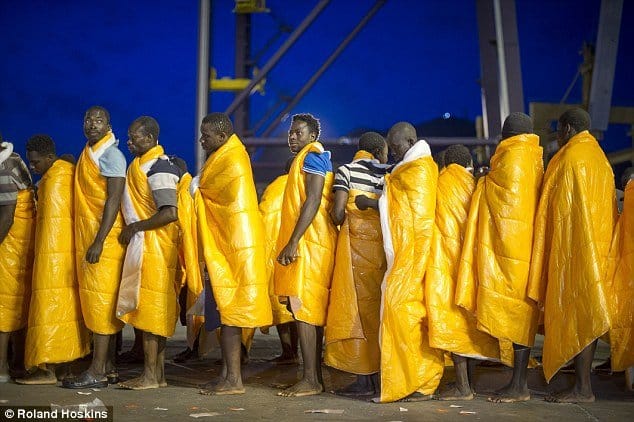 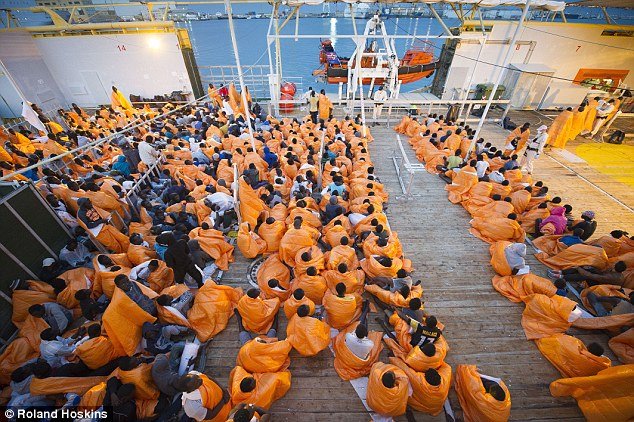 “’Palermo is no longer an Italian town. It is no longer European. You can walk in the city and feel like you’re in Istanbul or Beirut.

“In the past, when the Mafia was more powerful, it prevented any immigrants from entering the city. Until I was 30 years old, I never saw an African or Asian in Palermo.

“The Mafia has not understood that the city has changed. We are now a city of immigrants, and the Mafia bosses no longer sit in the mayor’s chair.

“Palermo is a Middle Eastern town in Europe. It is a mosaic city, and we are happy about that.”

But the Cosa Nostra are not ecstatic about it. African criminal gangs have allegedly entered Sicily along with the law-abiding migrants, and they have started to operate “on Mafia doorstep.” The mobsters also claim that the authorities were targeting their activities but were leaving the African gangs alone.

The round of violence started last month when the police seized Pub Ballaró, a Mafia-owned bar, and handed the business to legitimate entrepreneurs. 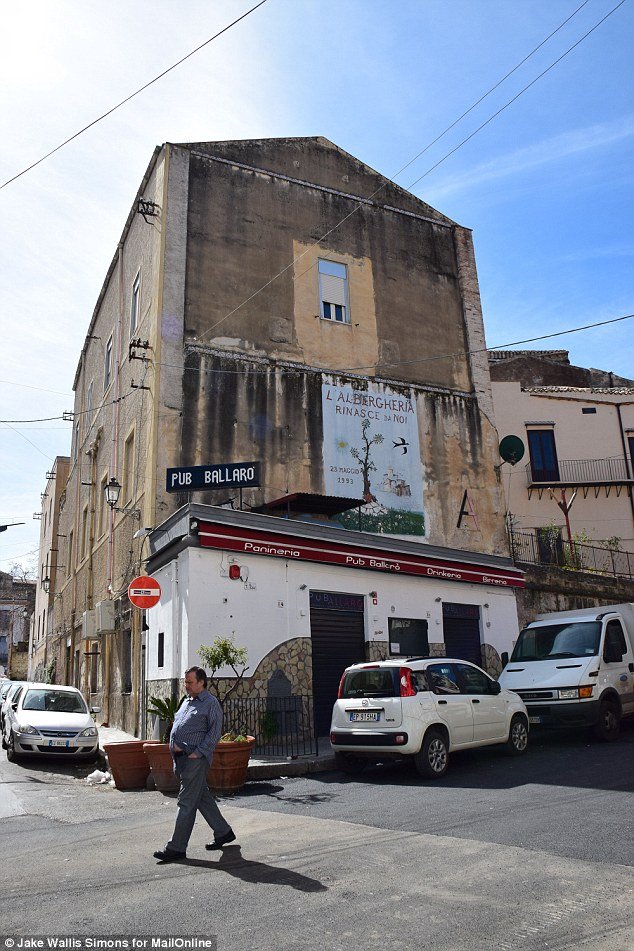 According to the Daily Mail, the notorious groups are now engaged in a deadly turf war.

Two weeks ago, Yusupha Suso, 21, was shot in the head by a local mobster named Emanuele Rubino 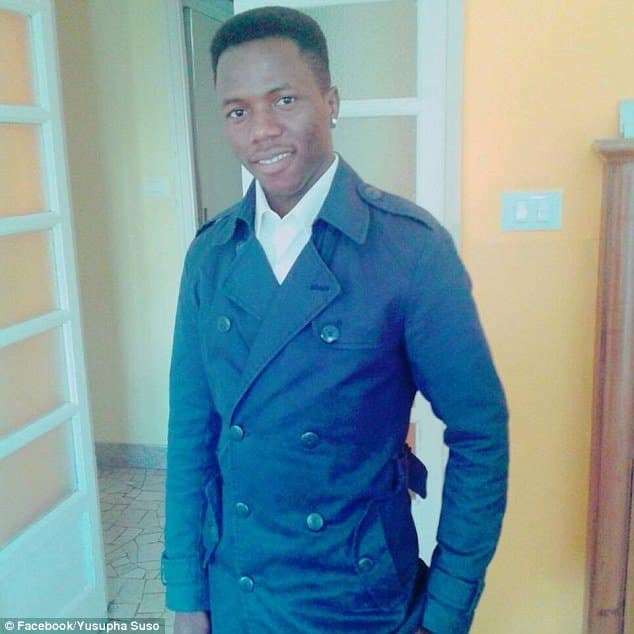 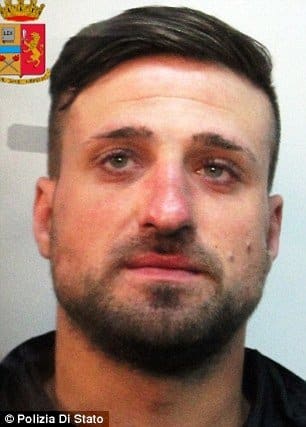 The shooting occurred near the Ballaró street market—one of the places where the Mafiosos collect protection money from street vendors. 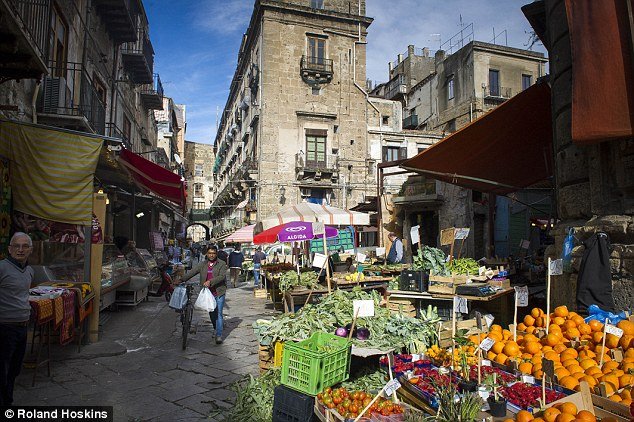 The victim had been playing football at a park nearby. Mr. Suso and two of his friends were walking along Via Maqueda when an Italian man aboard an electric bicycle “intentionally” drove into them from behind in a “provocative” manner. 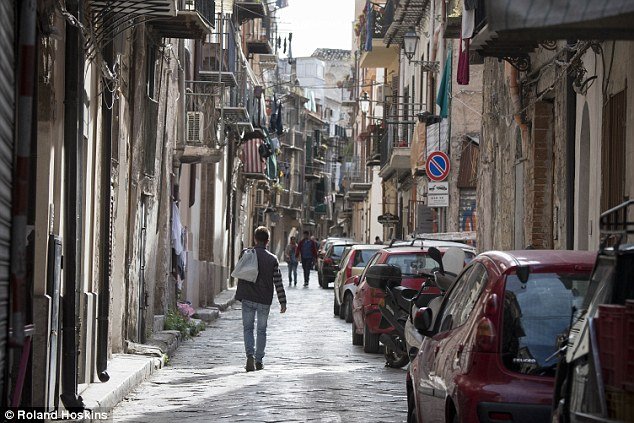 The men argued. The Italian told them that he knew he was outnumbered, but then said, ”soon you will see.” Minutes later, a group of at least ten thugs arrived.

In the CCTV footage below, you’ll see the fight breaking out. Mr. Suso was able to fight back and help his friends.

Emanuele Rubino left the scene to retrieve a handgun from a building nearby. He went back, chased Susso into a side street, and shot him in the head. The bullet went into Suso’s skull and out the other side, grazing but not damaging his brain. 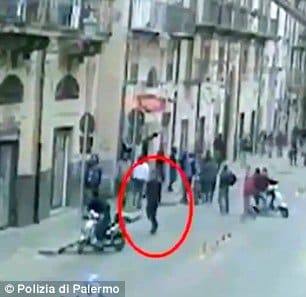 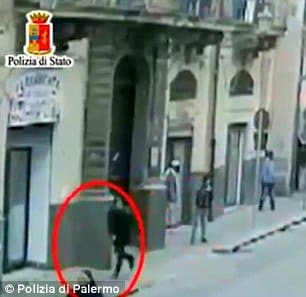 Rudolfo Ruperti, head of Palermo police’s Flying Squad said, “’Rubino walked 100 meters with a pistol in his hand between many people as if nobody could stop him.

“He felt so powerful that he believed he would go unpunished. He has a violent, Mafioso nature.

“At the moment Rubino is not a member of any official Mafia clan, but his bullying indicates a clear Mafioso attitude.

“His method is typically Mafioso, as he wants to show with the gun that he commands the territory, and uses the gun for a minor scuffle.

“This is his gravest crime, and he faces 16 years in prison. His criminal record includes armed bank robbery, drug dealing, and sex trafficking.

According to the mayor, Rubino was trying to establish himself as a local boss. He either intends to set up a new dynasty or join a bigger Mafia family. 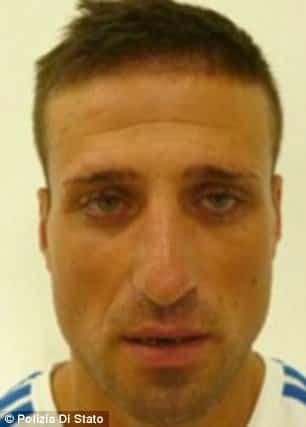 Although Mr. Suso lay in a coma for four days, he was fortunate to survive the brutal attack. On the other hand, Rubino told the police that he was ”happy to go to prison for 12 years if it meant establishing a reputation as a force to be reckoned with in the Sicilian underworld.”

Vincenzo Gervasi, Mr. Suso’s lawyer, said, ”He was a guy with a big personality, a Mafia personality. He wanted to take territory from other Mafia families of Palermo. He was trying to rule Ballaró. This was his plan to win power and have a role within the Mafia world.”

Italian Prime Minister Matteo Renzi wrote a letter to EU officials yesterday. He recommended that they fund “migration management” measures in Africa to support the influx of “economic migrants” who are unlikely to be granted asylum.

“One of our aims is to lower levels of migration and reduce tensions in Sicily and Italy as a whole.”

“What we see in Sicily is that when the state tries to better organize the migrants, the Mafia reacts. It tries to push people against the state and the migrants because it wants the situation to remain blurred and disorganized. That allows them to take control.

“Of course, the tension is going to rise when migrant number go up. It is unavoidable in the face of such an emergency.

“We want to better organize migration to lower burden on Sicilian citizens and push for our EU partners to share the burden with Italy. We hope that will ease the situation.”

After the shooting of Yusupha Suso, thousands of protesters hit the streets of Palermo. 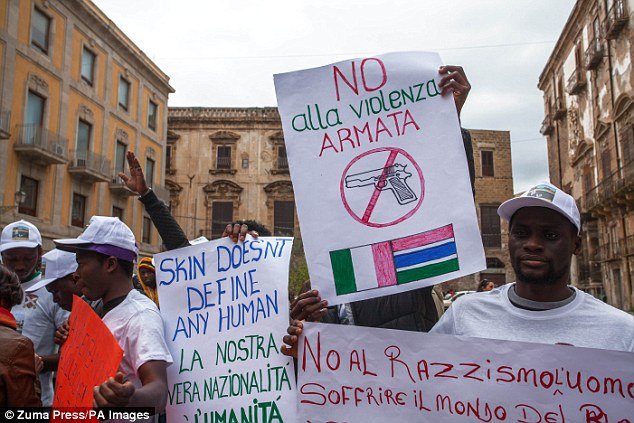 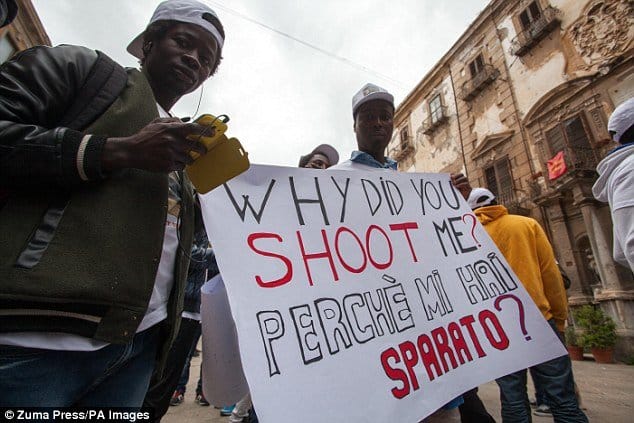