Driving on winter will never be a problem again if you own of these SHERP ATVs.

This crazy new Russian vehicle can easily climb over obstacles, make a 360-degree turn, and even drive on water. It’s absolutely mind-blowing you won’t believe your eyes when you see it in action.

According to the information we’ve gathered, this bad boy sells for $49,000. It was invented by Alexei Garagashyan and it’s loaded with lots of impressive features. 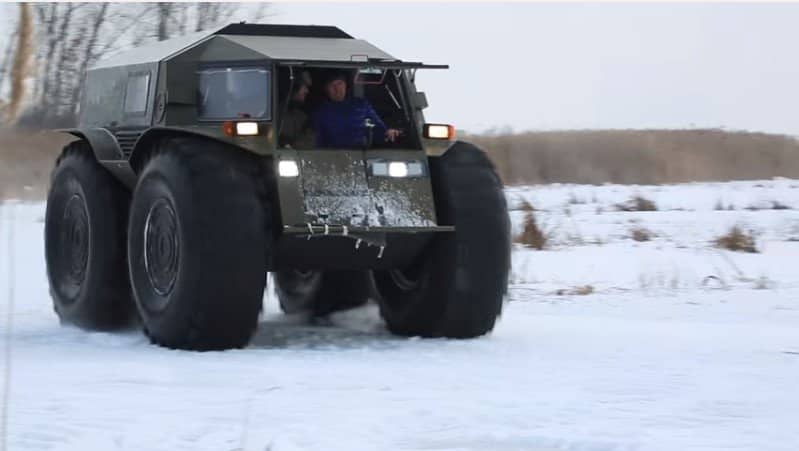 First off, SHERP ATV has self-inflated tires, a tough polymer exterior, and a fuel tank with 15.3 gallon capacity. It can climb over obstacles as high as 2.4 feet and it floats whenever you drive it on water.

The truck can drive on different surfaces – even on water. 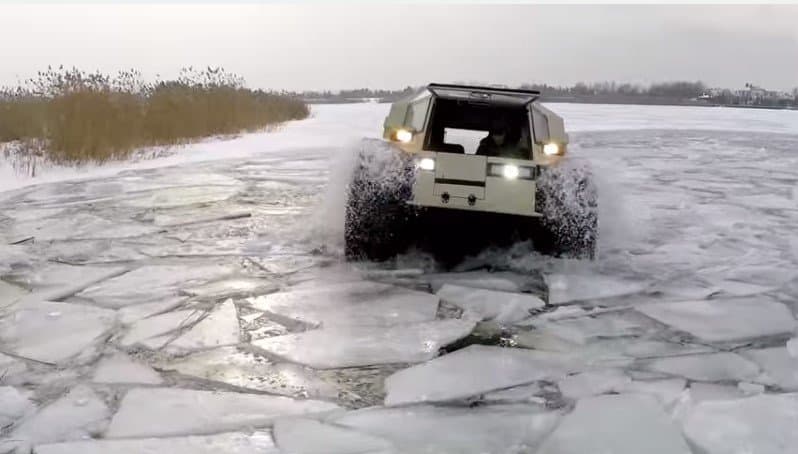 The vehicle has a maximum speed of 28 mph. When used on water, it still manages to run for at least 3.7 mph. The truck’s huge tires are fitted with treads that function like makeshift paddles that’s why it can easily survive in water.

The vehicle looks more like a military tank than a traditional ATV. 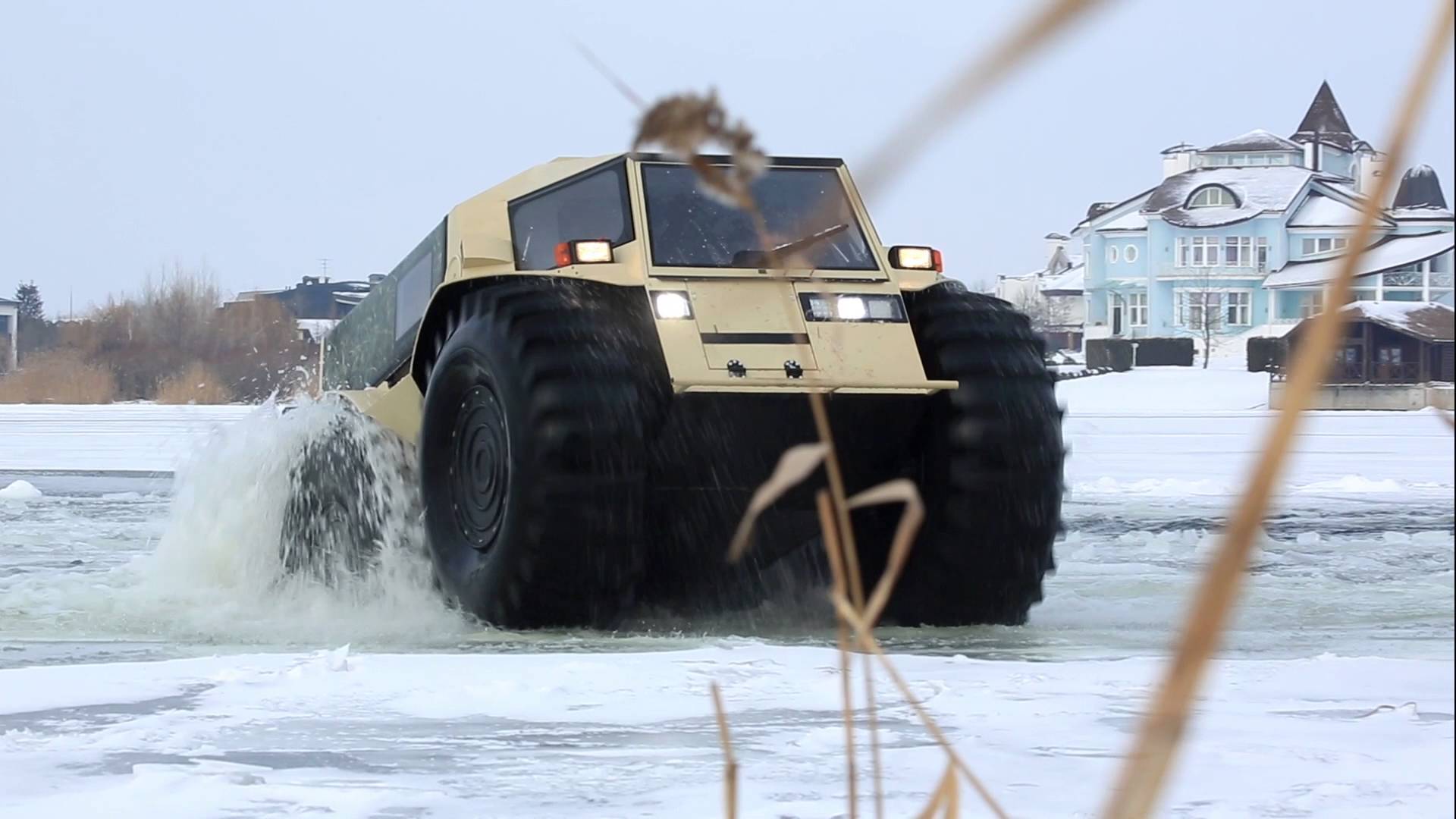 Basically, it looks like a military tank but the good news here is that anyone can buy it and its legal to drive it on the roads. 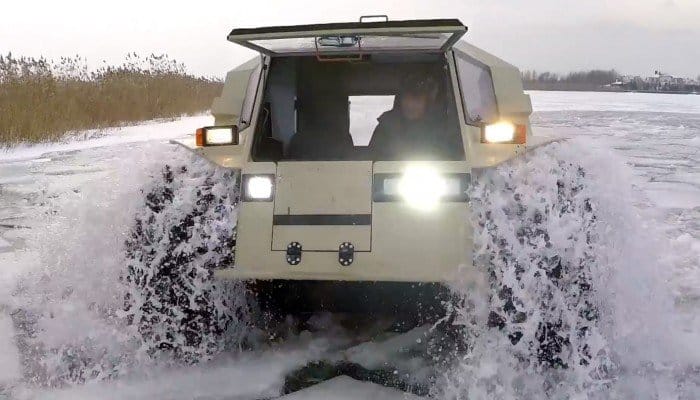 The SHERP ATV can accommodate two people and measures 11 feet in length. It weighs around 2,866 pounds and is equipped with a 44 horse power Kubota diesel engine.

You can watch the truck in action here:

Considering its capabilities, this truck truly looks like a machine that will help you survive not only a cruel winter but even the zombie apocalypse itself. I want one!

In case you speak Russian, you can check out the official SHERP website here.