Since the Sentinelese have made it perfectly clear numerous times that visitors are not welcome and that they want to be left alone, nothing much is known about the world’s last Stone Age tribe. But one thing is for sure; they have lived happily and largely healthily on their tiny, lush, mangrove-swamped 20-square-mile island for at least 30,000 years.

However, one American preacher repeatedly imposed himself on a tiny island of North Sentinel in the Bay of Bengal in a bid to convert them to Christianity until they snapped. Now, people are wondering what life is really like on the island. 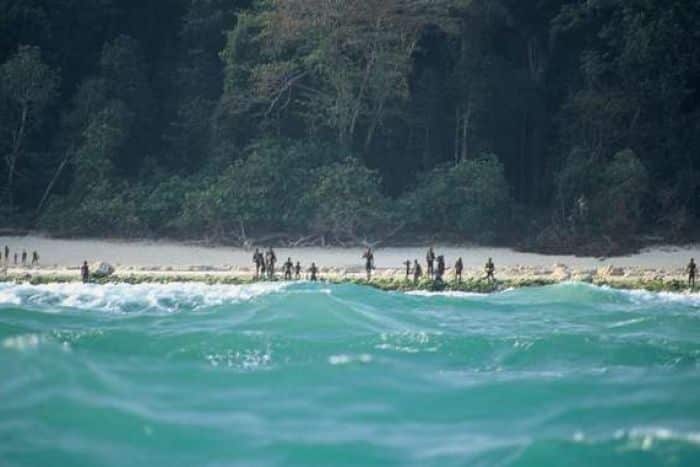 The men of the reclusive Stone Age tribe have hunted turtle, pigs, and fish with spears, bows, and arrows tipped with bone and hardwood. The women gathered tubers, coconuts berries, and clams and caught fish using their homemade nets.

The Sentinelese only wear a few leaves, fiber strings, and ornaments and lived in huts in small family-based groups. They engage in energetic communal sex sessions on the beach, which is a pretty normal activity for them.

The Sentinelese are also known for strictly protecting their tribe, and they are not afraid to kill those who would dare change them, visit them, or just see them. They are the most reclusive among the five Stone Age tribes living in the region and have a reputation for not wanting to be visited by uninvited guests and would drive them away with poison arrows and razor-sharp machetes.

Unfortunately for John Allen Chau, his optimism led him to his death. The 26-year-old was killed in a hail of arrows and buried in the sand shortly after setting foot on the island.

Chau made numerous trips to the tribe for the past three years. Police have learned he had a strong desire to meet the Sentinelese and preach on the island.

The Sentinelese tribe has attacked almost everyone who has entered their territory. The government heavily restricts visits to the island.