Selfie is a popular thing that started a few years after smart phones were introduced to the world. It is so popular that a cat has learned to take a picture of itself, along with other domesticated animals. It is strange, isn’t it? How can a cat hold a camera and take a selfie with its crew?

Well, a cat from an undisclosed location in the United States has taken the online world by storm with its camera captures.

The cat’s name is Manny and he is certainly “vain!” 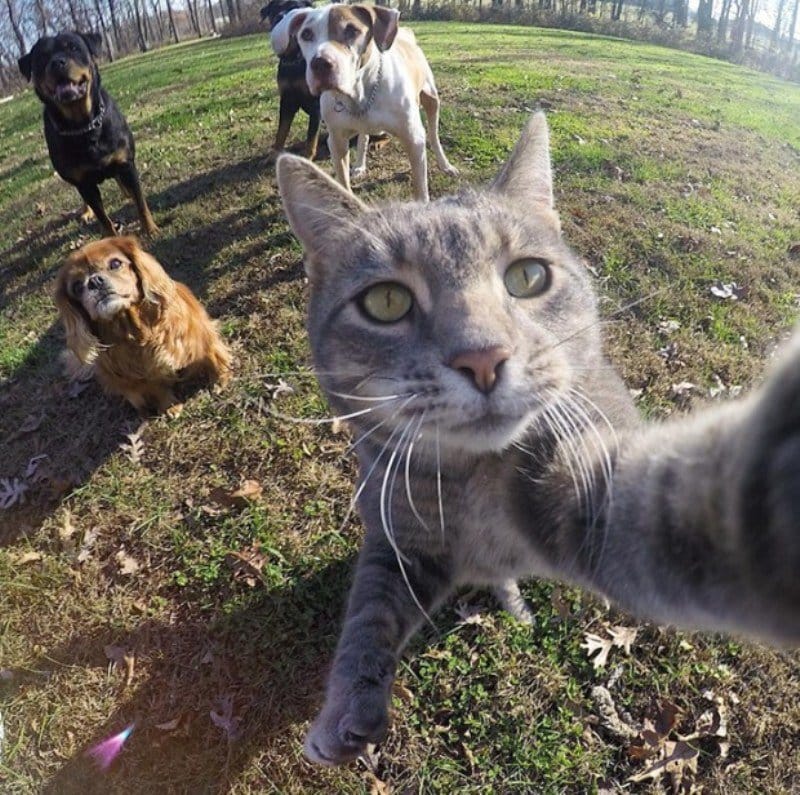 This cute tabby has learned something new after playing with his master’s GoPro camera, and it made him an internet sensation. 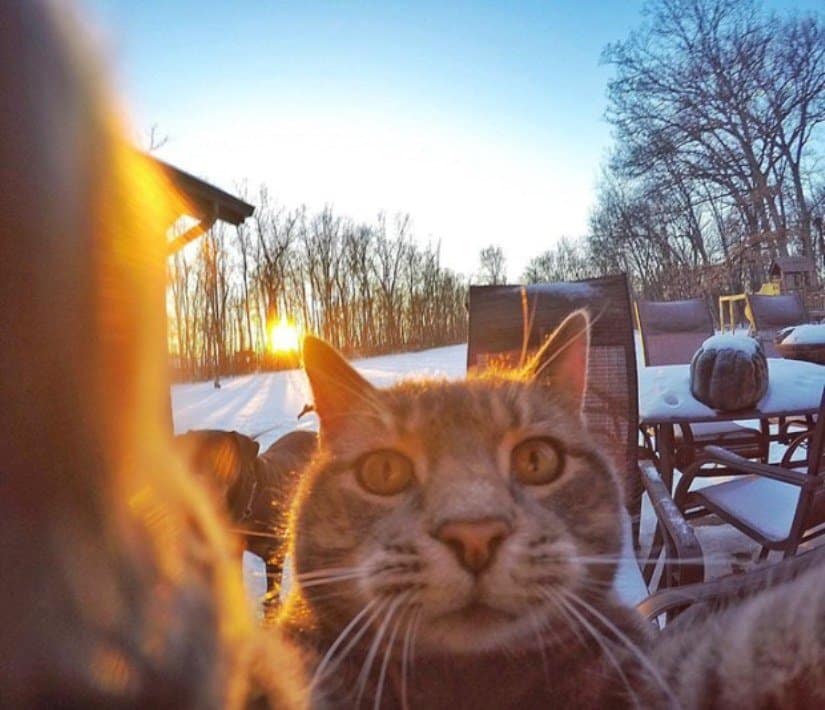 I wonder if he plans all these and lives in Hollywood to become a famous celebrity. 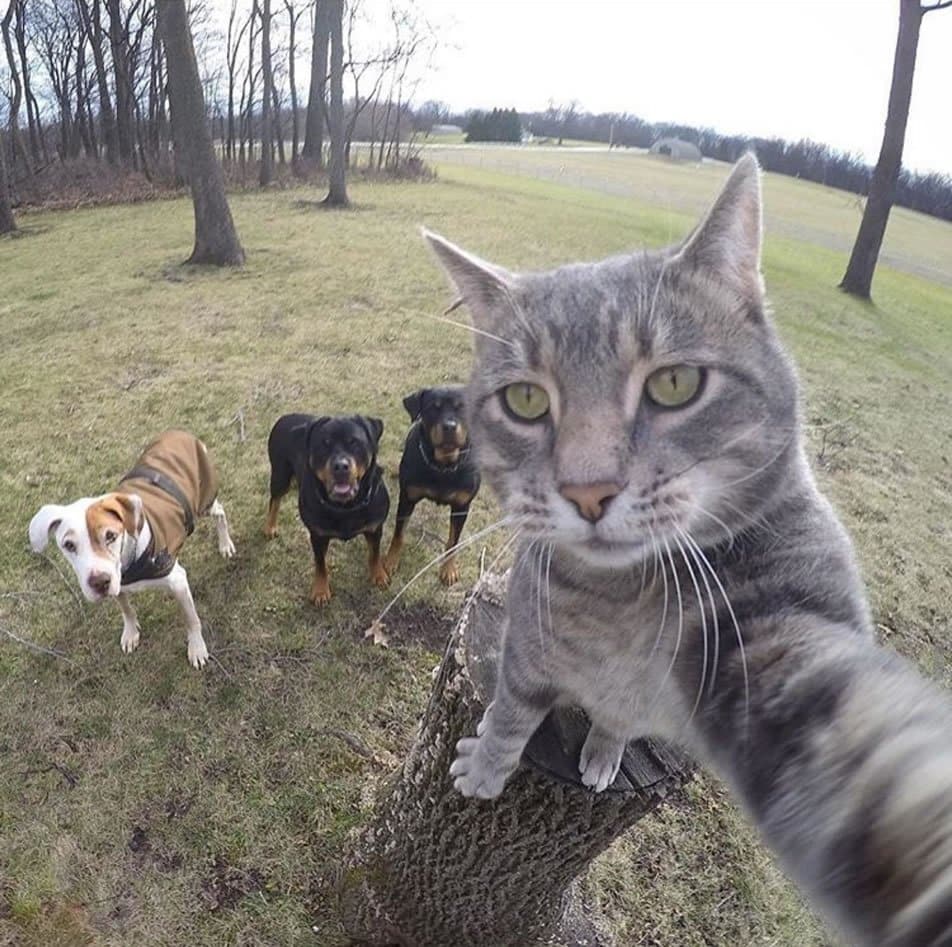 When Manny’s master posted the series of photos on Instagram, it exploded all over the internet rather quickly. Each of the photos, which by looking at it appears to be captured by Manny himself, garnered thousands of likes. It seems like the world loves a “vain” cat. 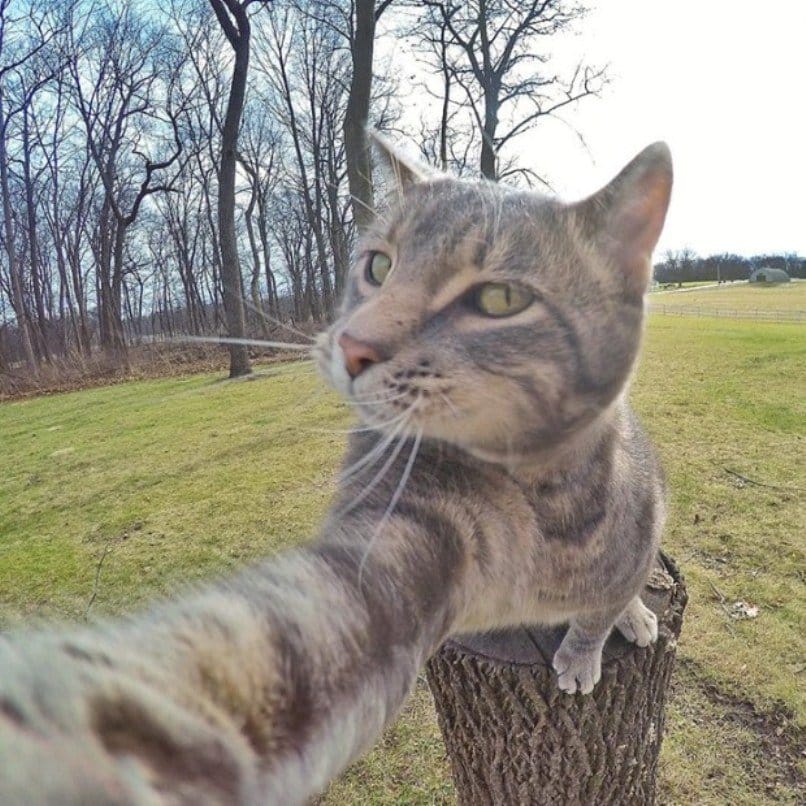 While other people are having a hard time taking a perfect selfie, Manny does it very well that the dogs behind him in some of the pictures posed in agreement. It looks like dogs have nothing on Manny, who seems to be an expert in their eyes.

Manny’s master agrees as well as the owner wrote on Instagram that the cute pet is “the boss of the dogs.” 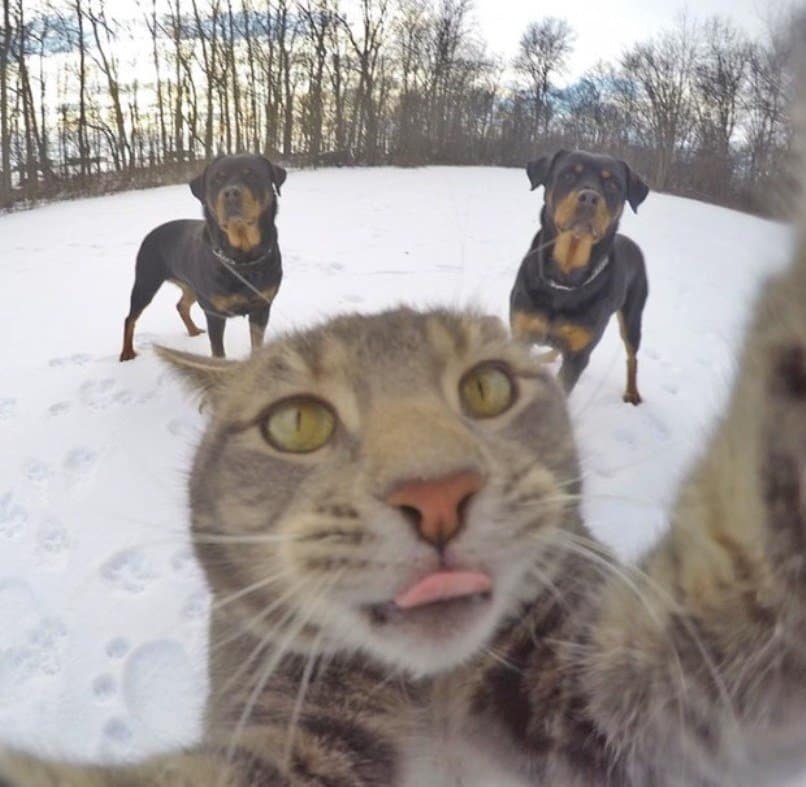 There is also one photo wherein Manny shows a lottery ticket while taking a selfie. This furry and famous feline definitely loves to do what humans like to do all the time. And he is loving it! He loves all the attention too.

There have been a lot of strange yet wonderful things happening in the world right now, but as of this time, Manny is definitely enjoying his moment.