Sea urchins are actually a popular delicacy, especially in Japan. In the country, it is the choice of delicacy and some of them are even imported from San Diego, California. For hundreds of years, the Japanese have been harvesting seasonal sea urchins from their waters that they need help with the supply by importing some from the U.S.

Some of the world’s best uni comes from the coast of southern California, where deep sea divers descend to a depth of up to 80 feet just to pick the spiny creatures that are residing on kelp beds. Sea urchins can weigh up to three pounds each and a “good day” will get the divers a total of 400 pounds whole, live urchins. However, out of the 400-pound harvest, only six or seven percent is edible.

Fishing urchins was once a nuisance. These herbivores populate the kelp beds grazing on them too much, destroying the beds then disrupting the balance in the ecosystem. But a group of divers helped change that to preserve kelp beds and, at the same time, maintain a good population of the sea urchins.

The urchins and the act of harvesting them help maintain the balance in the ocean’s ecosystem. 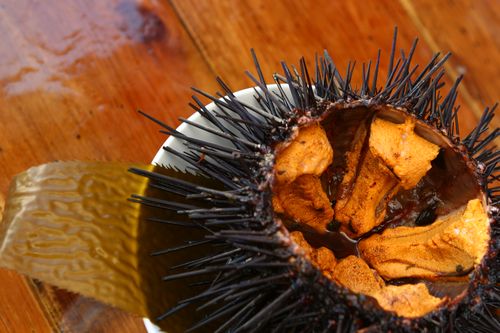 Sea urchins are a popular delicacy in some countries like Japan. 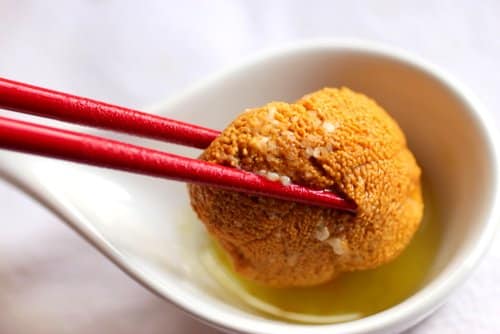 One of the U.S. companies, Catalina Offshore Products, owned by David Rudie, exports these sea urchins to Japan. Once the spiky creatures are in Rudie’s company, they are cracked open and the tasty meat is spooned out.

Norika Toyama, who has been living in the US for 12 years, has worked in Japanese restaurants and he said that Americans have grown fond of the taste of uni. At first try, the texture of uni is sort of slimy. But once people keep eating the meat, they would love it that they’d get addicted, Toyama said in a report by the Los Angeles Times.

The meat of the sea urchins or uni has a slimy texture and described to have a buttery taste. 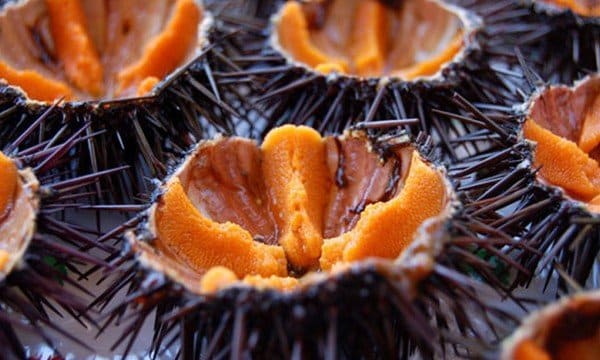 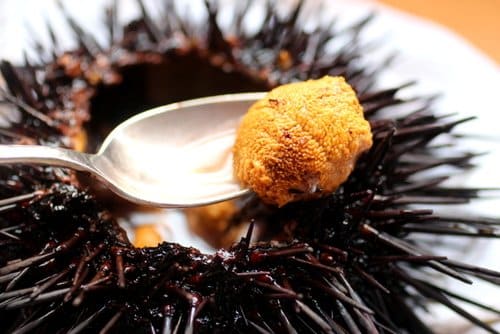 There are different ways to serve uni, but the most favorite of them all is as sushi, with the meat wrapped in seaweed and rice. It can be expensive in the U.S., selling for $1.50 for a small piece. But when people go to Japan, the delicacy is even costlier.

Check out the harvesting of sea urchins in the video below: