Do you know what’s scarier than getting caught in a violent storm? Well, try being stuck in one while you’re in the middle of the sea!

That’s exactly what we see on the video below which was recorded while Storm Gertrude was rocking a ship stranded in the North Sea just last month.

The footage captured exactly how the angry storm wreaked havoc, creating huge waves – some of which possibly measured about 100 feet in height! If that doesn’t scare you, I don’t know what else will.

Storm Gertrude caused heavy rains and strong winds in both land and sea. 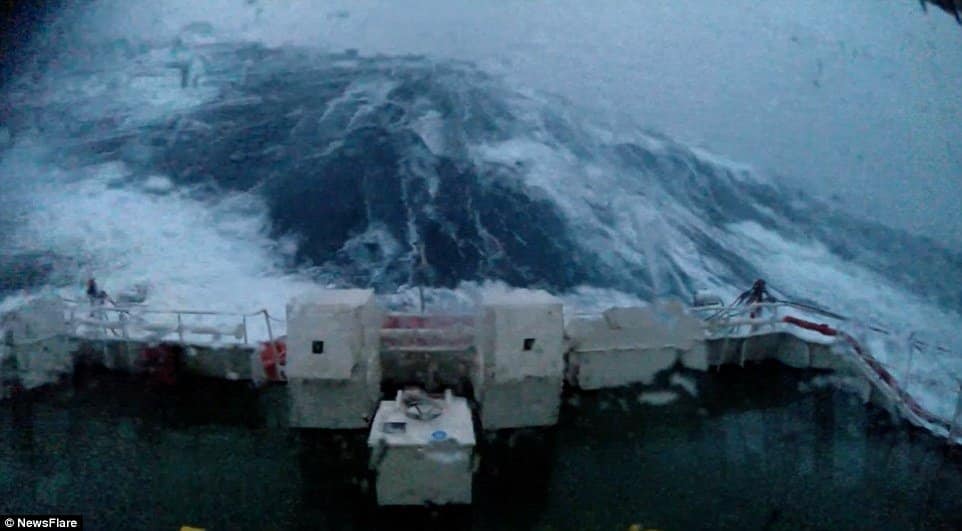 The vessel was rocked from side to side and the entire deck was heavily drenched in water. If will you listen closely, you may even hear the ship creaking because of the strong storm.

The violent storm brought winds of 144mph and, as such, it rocked the vessel back and forth. 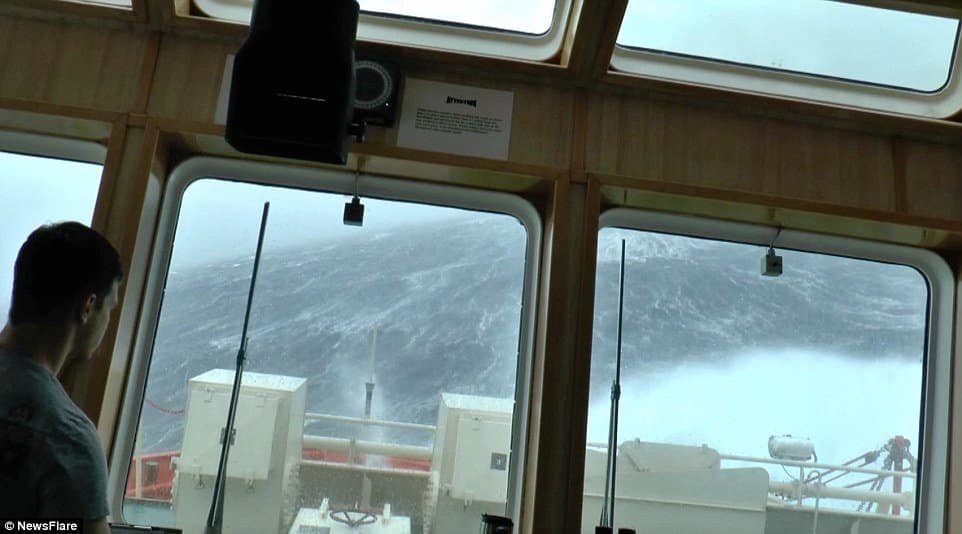 To be honest, watching the clip scared me to bits. I feared for the lives of everyone aboard. It really felt like the water was ready to swallow the vessel anytime. The video was shot on an ERRV (Emergency Response and Rescue Vessel).

According to a blog report by the Daily Mail:

“Storm Gertrude caused much chaos in the UK in January, bringing winds of 144mph, blowing down trees, knocking over vehicles…

The Met Office issued a red weather warning for Orkney and Shetland, while strong winds and heavy rain battered Scotland and Northern England.

Ferry and train services north of the border were severely reduced and some routes were withdrawn – while the Forth, Tay and Kessock bridges were closed.

The Pride of Hull – one of the world’s largest ferries – was unable to berth on the morning of the 29th due to the extreme weather conditions and docked at a later time instead.”