Scarlette underwent chemo but to save her life, doctors eventually had no choice but to amputate her arm, shoulder, clavical, and scapula. Also, they had to remove the skin around her left torso and did skin grafting to cover the wound. 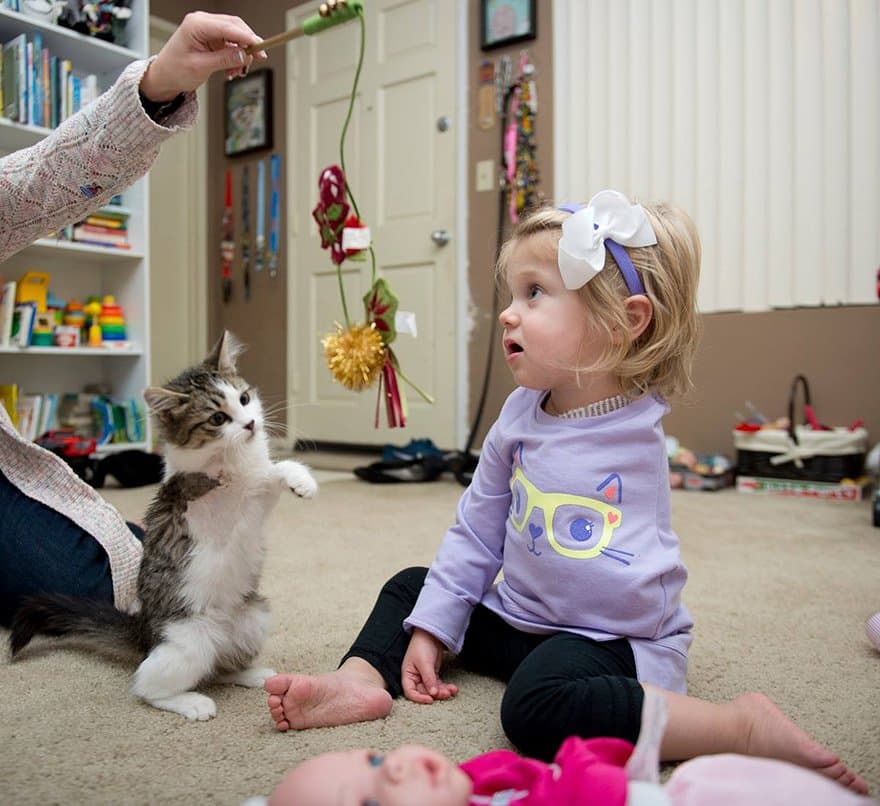 Her parents decided to get her a special pet. 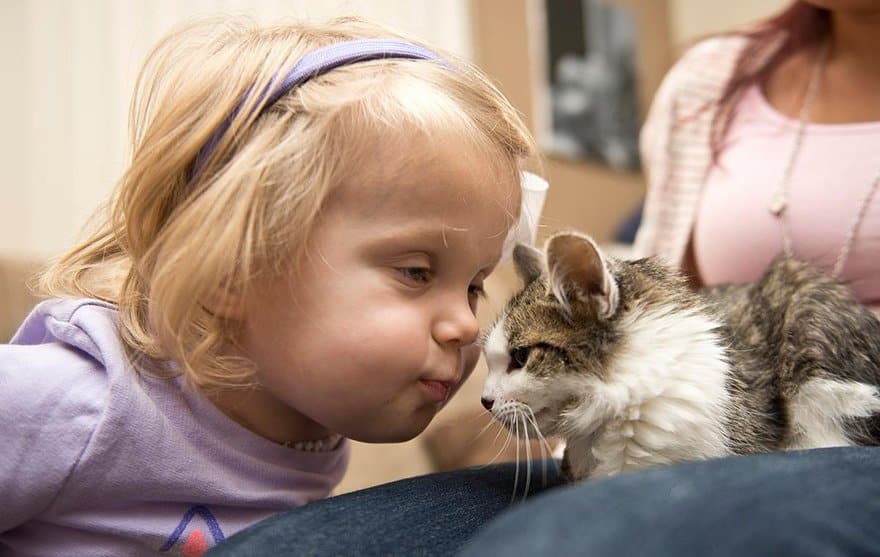 To help Scarlette recover further, her parents thought they’d give her a pet.

“We really wanted to get her an animal she can kind of relate to, something she can grow up with and feel like she has a special bond with.”

The two survivors have become best of friends. 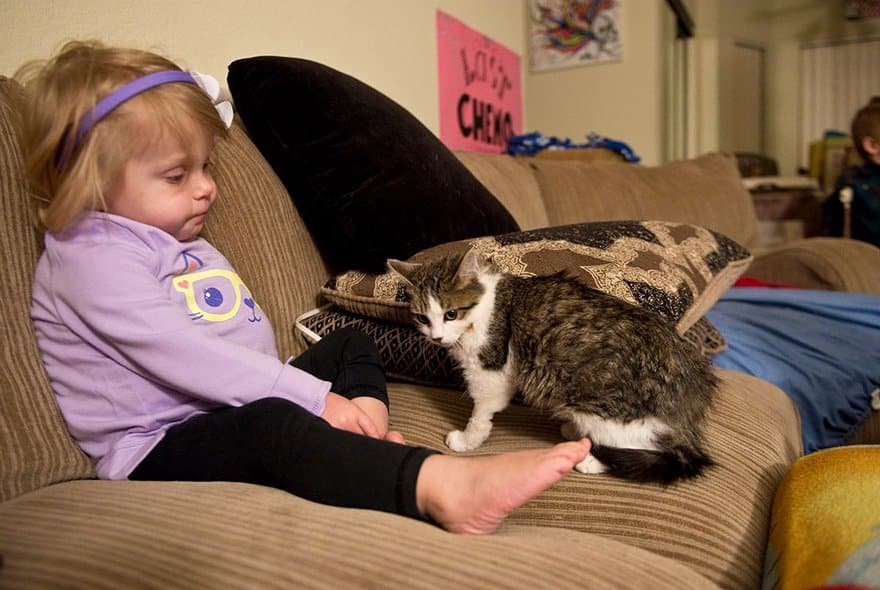 They later found a special kitten at the San Jacinto Valley Animal Campus who, like their daughter, has survived a tragedy. The family took the 2-hour trip from their Orange County home so they can officially adopt the animal. 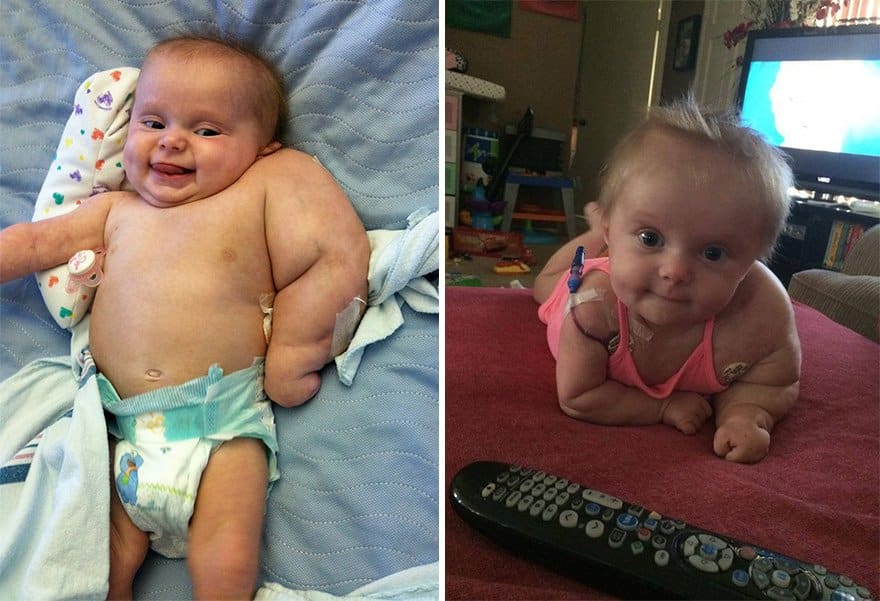 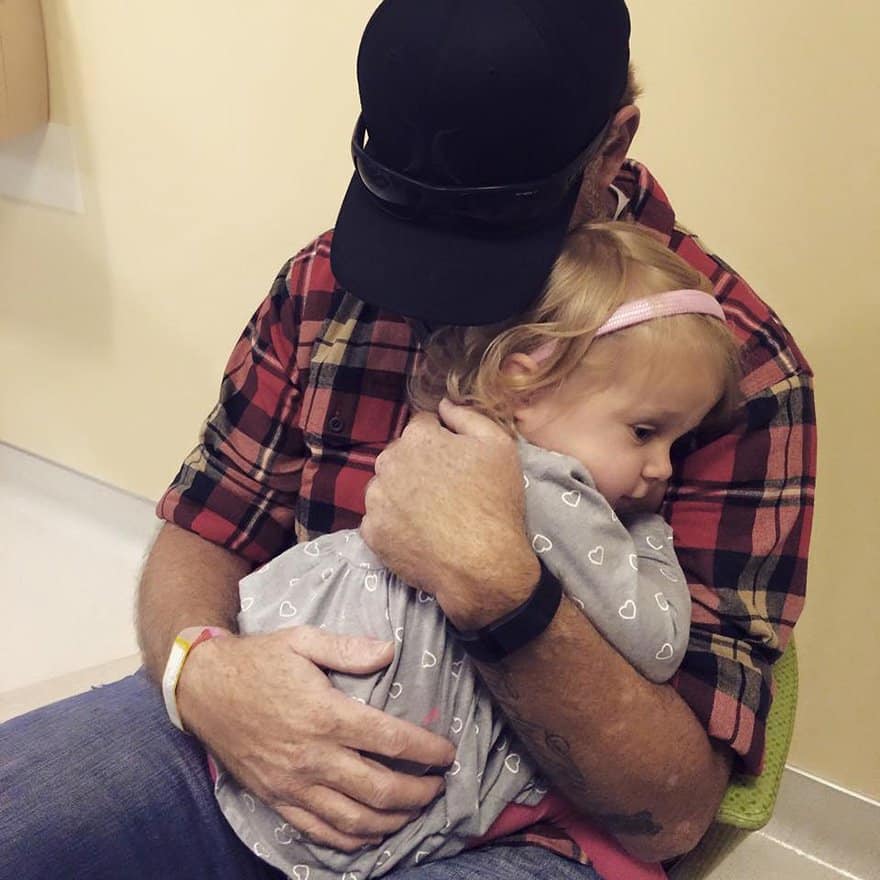 Doc had her right paw removed after she slept under a car’s hood to stay warm. 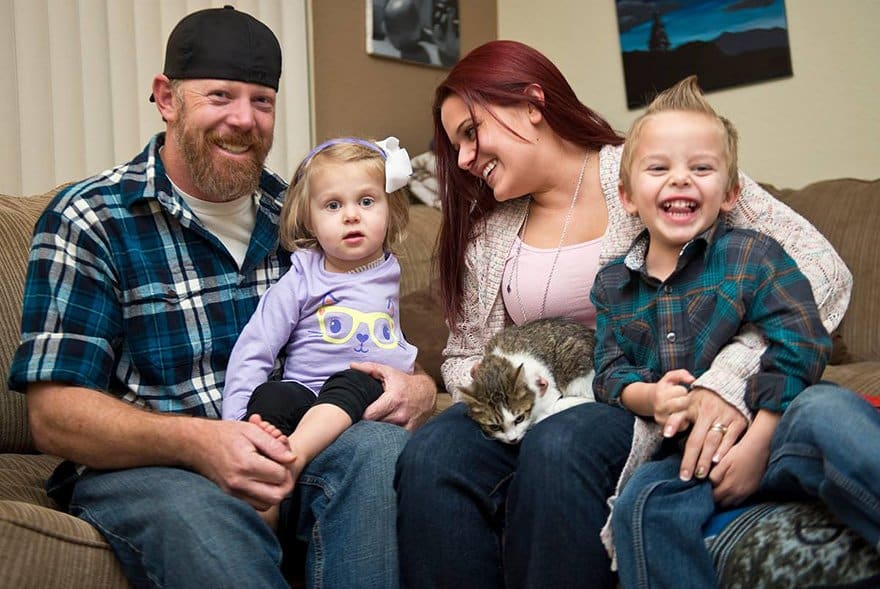 Matthew Tipton, Scarlette’s father, believes the name makes perfect sense. Besides, “both the cat and her have had so much interaction with doctors,” he said.

You can check out the Smiles for Scarlette Facebook page for more updates about this cute toddler. If you’re feeling inclined to donate for her medical expenses, you may visit this site.