The woman who starred in a video that went viral in social media platforms has recently been arrested for something she probably could not believe is a crime. Her offense? Wearing a daring terno in Saudi Arabia!

You might be thinking that most people in the world are already aware of Saudi Arabia’s strict compliance to its Islamic dress code. However, this woman obviously don’t. A video of a lady walking through the conservative village of Riyadh has spread like a wildfire since it was uploaded online as she dared to break the stigma and wore a mini skirt and a black crop top that revealed a huge fraction of her body skin!

The video already sparked a huge backlash on Twitter and Snapchat while being accused of disrespecting the conservative country’s tradition and religion. 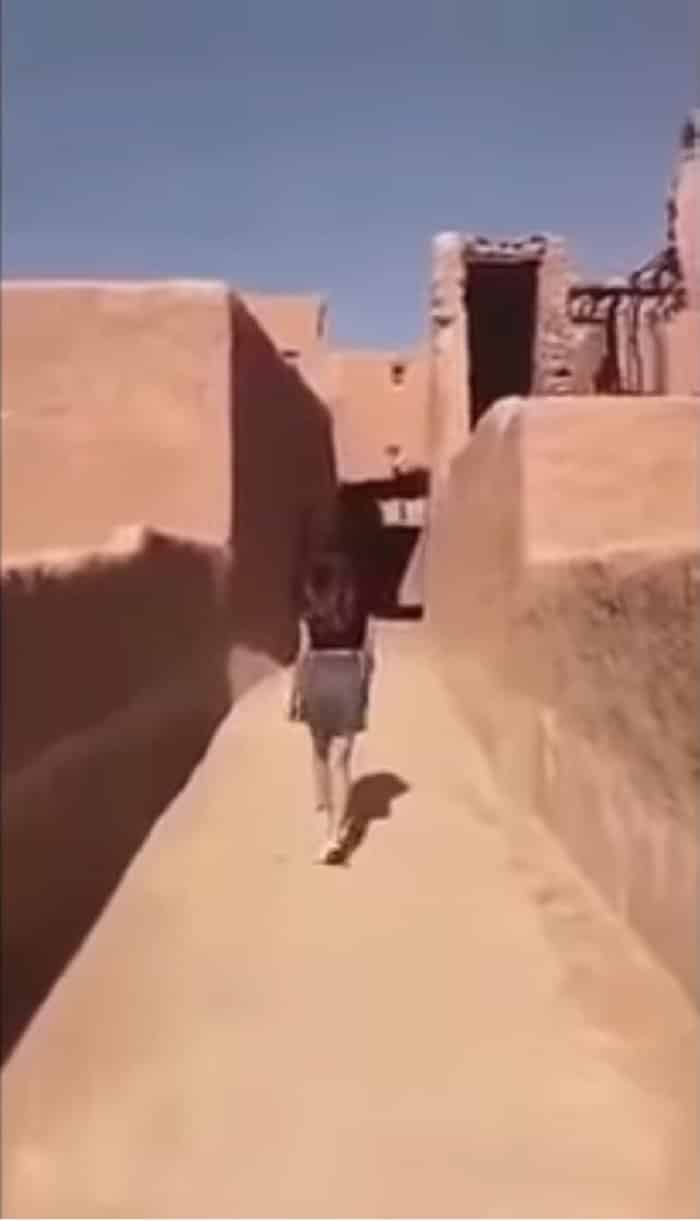 Many then requested for the makers of the video to get arrested. 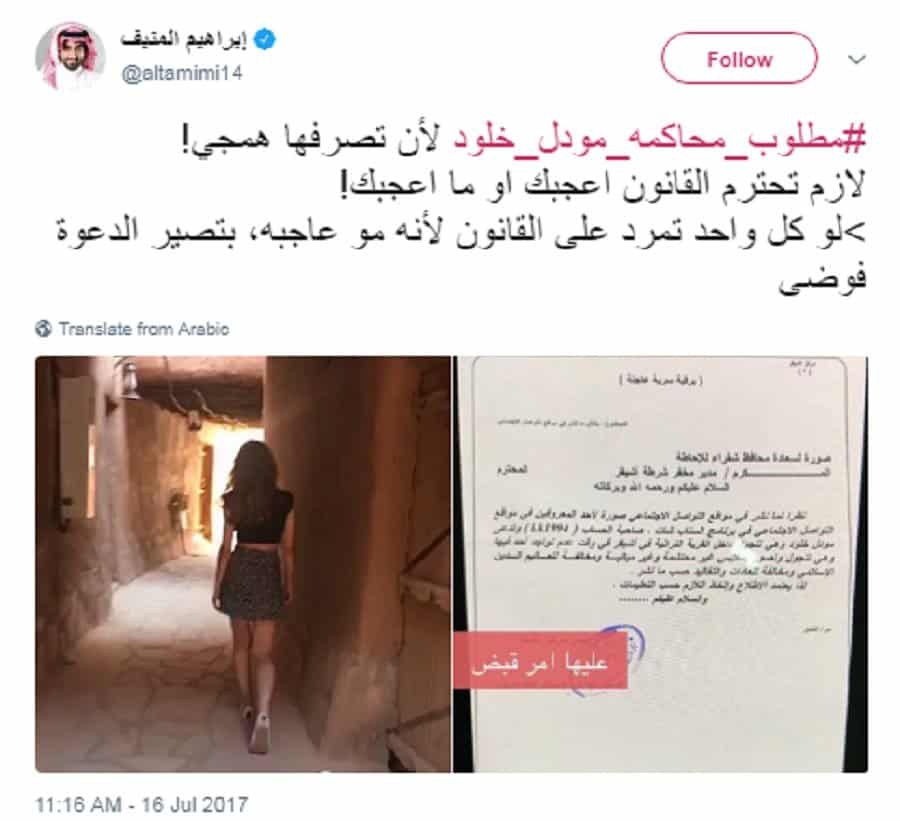 The controversy, though, doesn’t stop there as many people also pointed out her wrong choice of place to shoot the clip. The video was filmed in Ushayqir which is situated in a conservative region where one of the Wahhabiism founders was born.

These have been enough reasons for a bigger storm to plague the model as the Saudi police didn’t let her get away with her “indecency.” After going viral online, the video reached the radars of the Promotion of Virtue and the Prevention of Vice who chose to take action and opened an investigation with the help of authorities. The star of the viral video called Khulood has already been detained in the Riyadh capital for sporting “immodest clothes”.

Based on the patriarchal country’s Sharia Law, women should wear loose, full length robes which the state call abayas and a headscarf to cover their face. Women in the country though are still permitted to be fashionable as they are not necessarily required to cover their whole face and are not banned from wearing accessories. For these, it is still common to see Riyadh women carrying their designer bags while wrapped in their black robe. However, women are not allowed to drive and are prohibited to hang around men they are not related to.

As of late, the case of Khulood has already been submitted to the public prosecutor, and there’s no telling yet whether she will soon be released soon or she has to take full responsibility of her action. A Saudi police spokesman released a statement saying:

“She admitted to visiting the site in question with a male guardian, and that the viral videos were published by an account attributed to her without her knowledge.”

According to the BBC News though, the woman seemingly made the video intentionally, making her crime heavier. Authorities believe she was filmed with her consent looking immodest while walking in the historic Ushayqir.

While Khulood is facing some serious charges for going against the kingdom’s law, some social media users commended her for her bravery. Writer and philosopher, Wael al-Gassim also thinks the same saying the reactions to the video were quite ridiculous.

“I thought she had bombed or killed somebody. The story turned out to be about her skirt, which they did not like.”

Some Twitter users wrote to defend Khulood from the criticisms she got from other users.

A user even pointed out how it’s pathetic to be arrested for wearing a skirt.

Some users also questioned the favor given to former First Lady Michelle Obama and UK Prime Minister Theresa May who visited the country wearing dresses.