To give light to as many families as possible. This is the promise of Aisa Mijeno, an engineer who has engaged in social work, as she introduced the new alternative solution to power shortage and blackout.

As explained by Mijeno, “lack of electricity also persists in other countries like Indonesia (63 million of its population), Myanmar (26 million), Cambodia (10 million), Thailand (eight million), Vietnam (two million), Lao PDR (2.2 million), and Malaysia (200,000).” With only a limited proportion of the population taking advantage of electricity, the breakout on power shortage is no longer of a great deal.

Through this new discovery, people living in isolated areas can finally bid farewell to crossing the rigorous terrains for fuel supply for lamps and cutting of wood for fire.

Thanks to Mijeno’s brilliant mind, life after dark is finally just a lamp away. 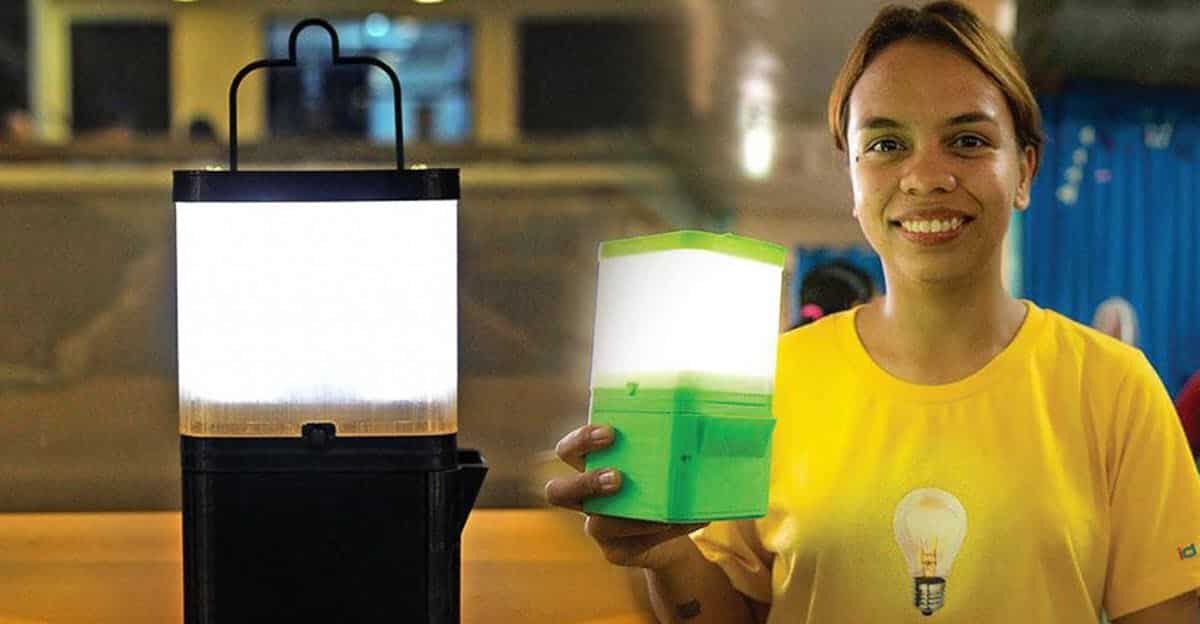 Mijeno owns the birth of her project to her first-hand experience and a close encounter with the Butbut tribe in Buscalan, Kalinga during an immersion in 2011. As shared in an interview in Tech In Asia, she shared, “People did not have access to electricity and had to walk 12 hours to reach Bontoc, a town about 50 kilometres away, to get kerosene for their fuel-based lamps.” She even added that “Seventy percent of the earth’s surface is saltwater and we still rely on other expensive means that are dependent on geography, climate, and fuel.”

To give light to as many families as possible- this is the promise of Aisa Mijeno, an engineer who has engaged in social work, as she introduced the new alternative solution to power shortage and blackout. 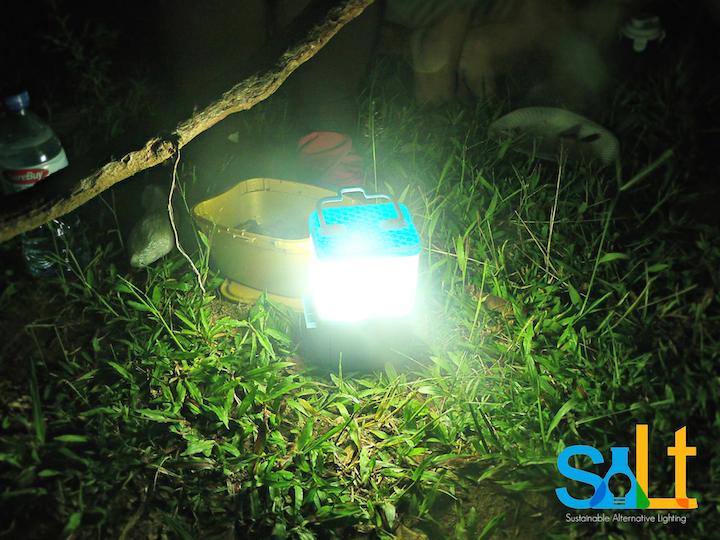 Being an initial direct dialogue campaigner (DDC) in Greenpeace Philippines, a non-government organization, the lack of financial tenure left her no choice to but to career jump to her alma mater De La Salle University Lipa in 2010. Her career move finally paid off when she won in the technopreneurship bootcamp held by Ideaspace Foundation. This marked the birth of Sustainable Alternative Lighting (SALt).

“I was asked about my marketing strategy and business model, I honestly answered I had zero knowledge on that side, and what I had was born out of compassion for the people I met during my travels,” she narrated.

As ordinary as it may appear, SALt is like no other lamps. It can actually run even without batteries or plug-ins. With the help of salt and water, the magic lamp is able to produce 90 lumens, which are equivalent to seven candles lit up or the brightness of a low-LED bulb! But wait, there’s more! This also comes along with a USB slot where you could charge your mobile phone. However, since it is still a work in progress, you would have to choose if you will use it either for lighting or charging—at least for now. After all, the future is not so far away, right?

So how on earth did Mijeno come up with this? Simple. Everything she knew, she learned it from her high school chemistry class saying, “If you did the lemon-battery experiment, that’s basically it. Two different metals submerged in electrolytes will produce electricity. For us, we used saltwater.” She also added, “It is an open science… so I will not be surprised if there are existing similar technologies developed out there.” 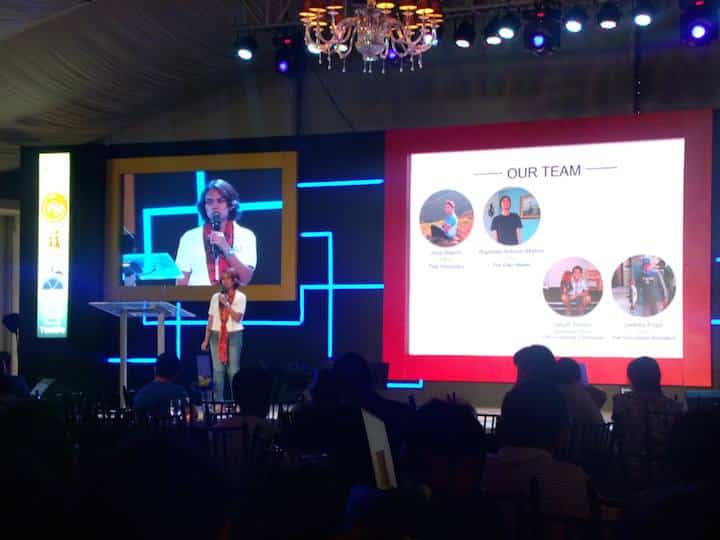 Based from the Philippine Institute for Development Studies 2013, Philippines alone has 16 million families belonging to the marginalized sector. It is for this very reason that Mijeno decided to design something that will minimize, if not eliminate the usage of kerosene, a number one indoor air pollution contributor. A safer and more holistic living environment now awaits rural areas since longer hours for livelihood and study sessions for children are provided.

Although targeting the poor as a viable market does not promise an increase on social enterprises and additional innovations in the future, Mijeno confessed the difficulty of marketing the said product. “There is a certain degree of difficulty when it comes to achieving financials enough to sustain and to scale a social enterprise and/or a hardware startup,” she said. “It is very difficult to find a middle point wherein we feel that we are not selling it for too much and also not underselling it,” she explained.

Say goodbye to life after dark! SALt is finally here! 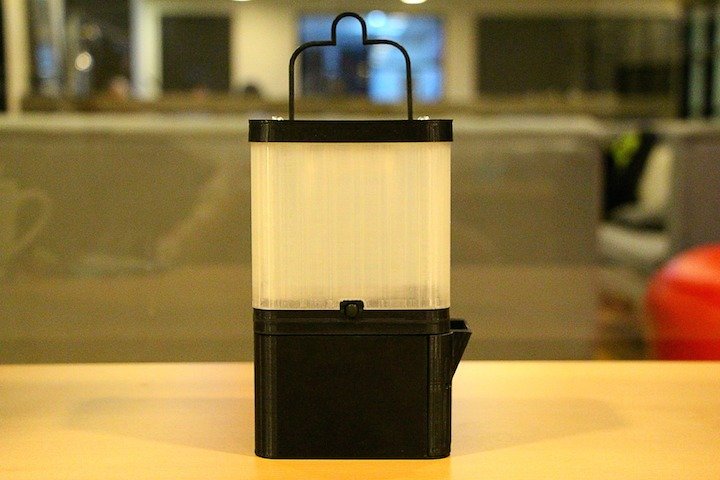 Although the US$35-worth lamp (PHP1,570) runs an estimated 10 to 11 years lifespan, Mijeno envisions to prolong its vitality and durability by making it both water- and shock-proof. Maximizing the number of lumens to 350 is also among the future goals. “Considering its use, the initial price of the lamp trumps the sustaining the cost of battery and fuel-based lighting,” she added.

With the thousands of promising products shaping the standard of living of society, the need for more pacesetters to dominate the world of geniuses is highly encouraged.

What do you think about this story? Share your thoughts in the comments box below, and don’t forget to share this story with your friends on Facebook!