Many children seem to have colds all the time; this does not mean that they have chronic disease but we should carefully observe them for changes.

Most of the time, the reasons for their runny nose is because young kids don’t know how to blow their noses properly, also they are most likely to experience colds in the first years of their lives, or they have Milk and Cookie Disease which means they take too much dairy or sugar in their diet.

But, if your child has poor appetite, getting weak or couldn’t play well and is still sick more than a week; you should go to your doctor and have your child checked because she might have a sinus infection or severe colds.

We all know that children and toddlers are curious that there seems to be no end to what can get stuck to their nose. So we have to check their noses too.

Watch the Video of a Child Who Inserted an Object Inside Her Nose:

5 year old, Khloe Russell had a six month period of having a runny nose; however her mother noticed that it started to have severe “green” discharge and it stinks so bad that she panicked.

Different doctors have checked her, and all of them assumed that it was a sinus infection in which they have prescribed different antibiotics but all of it were not effective at all. Until one day, Khloe was asked by his uncle to blow her nose hard into a tissue and a 1 ½ inches safety pin flew out from her nose. They were all shocked because the object is bigger than her nose.

When she blew her nose, a 1.5 inches safety pin threw out. 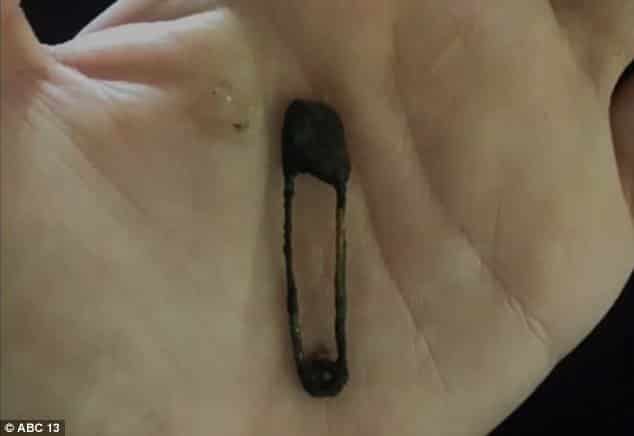 She somehow has forgotten that she inserted something inside her nose while playing six months ago, this is the reason there’s a discharge from the affected nostril. Now, she’s feeling well and lively again, she’s back into playing actively. Her colds and stinky discharge were gone.

Remember, when you see an object inside your kid’s nose, do not use your finger or a cotton swab to get it, it will just push the item deeper away. Use a flat tweezers to pull it, or ask your child to blow her nose while you press the unaffected nostril so the pressure will dislodge the object from her nose.

Ask your child to blow her nose if you suspect that something is inside or go to the hospital right away to avoid infection and further nasal damage. 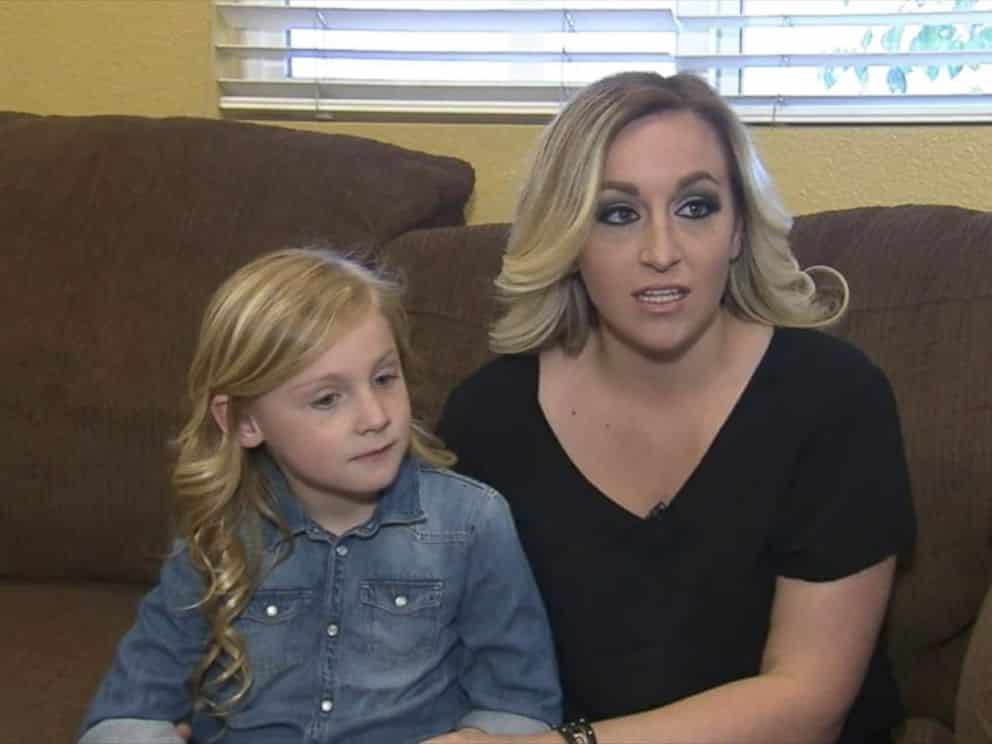 However, if you don’t see anything inside her nose but suspects that there’s something in there; go to the hospital and let them check your child or if there’s a stinky discharge or blood after the objects has been removed from the nose, call your doctor.

It’s important to take note that a small battery or anything that contains chemical is very dangerous for your children because it can burn the nasal passages so it’s important to rush them quickly to the ER.