If you have ever played the video game Grand Theft Auto, then you probably know where this crazy guy got his ideas. This happened in northern Colorado and television viewers across America were stunned to see him steal and crash three vehicles in an hour-long highway car chase with the authorities.

According to reports, Ryan Cole Stone, 28 years old, was eventually arrested after the lengthy pursuit. Originally, he was wanted over drug charges. He eventually ended up facing much more than that.

In the video below, you will see Stone driving a stolen red SUV “at high speed and is estimated to have covered around 75 miles in about an hour,” wrote the Express.

Later on, he jumped out of the vehicle and forcibly pulled a driver and a passenger out of a gold minivan.

Ryan Stone later crashed with a silver sedan and so he had to flee from the minivan before stealing another vehicle. 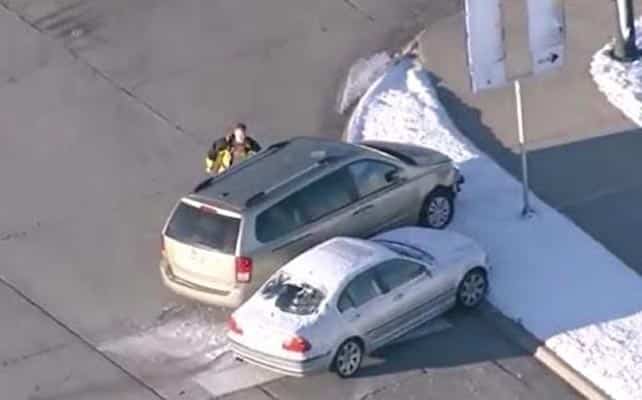 The third stolen vehicle, however, caused multiple collision and so Stone was left without a choice but to continue on foot 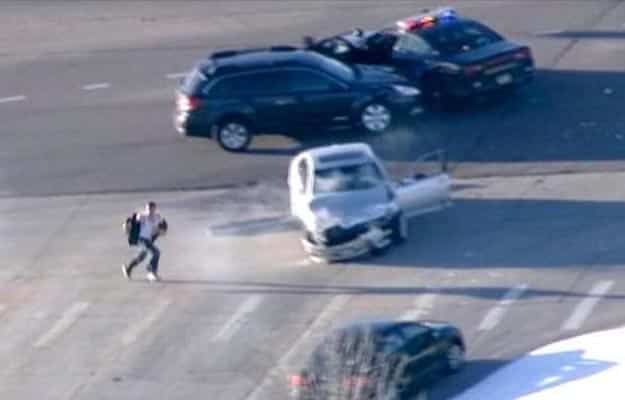 That’s how the police officers eventually managed to corner him.

Watch the video of how it all happened here:

Express further tells us that fortunately, 4-year-old Allan Chavarria-Rodriguez was found safe in the red SUV. He said he cried hard because of the thief’s extremely fast driving. Meanwhile, a police officer was injured after being hit by Stone when he failed to puncture the stolen vehicle’s tires using a stinger device.

The video eventually went viral after it was uploaded on social media. As a result, Stone has repeatedly been dissed by netizens.

“Only two stars max and still gets arrested?? What a fu***ing noob.”

“Did he somehow expect his wanted stars to go away when switching cars? Didn’t he see the chopper on the mini-map?”

“White people never lock their car doors when driving? The f**k is wrong with y’all?”

So what’s his punishment for all the chaos? Well he gets 160 years in prison!

After all the chaos he caused, Stone ended up getting sentenced with 160 years in prison.

He deserves it, we say!