Taken in the town of Strunino, Moscow, the video you will see below shows that intense moment when a young Russian family was left without a choice but to throw their children and jump off from the 5th floor of a burning apartment.

Talk about literally taking a leap of faith! The footage shows a group of about twenty bystanders gathering below the building to catch the family using a blanket to cushion their fall. Fortunately, everyone of them were saved, although the father sustained an injury.

11-month-old Zhenyu, who has a heart disease, was the first one to be thrown from the fiery structure.

Xenia, the second child, and Elena, the mother, shortly followed. Both of them landed safely as well. 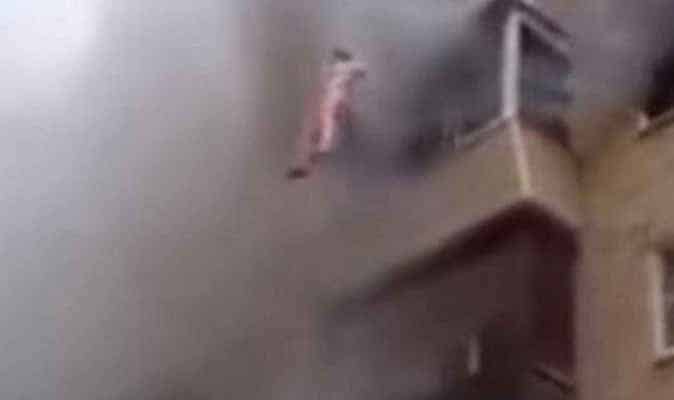 Lastly, Vitaly, the father, also had to make the jump to save himself. 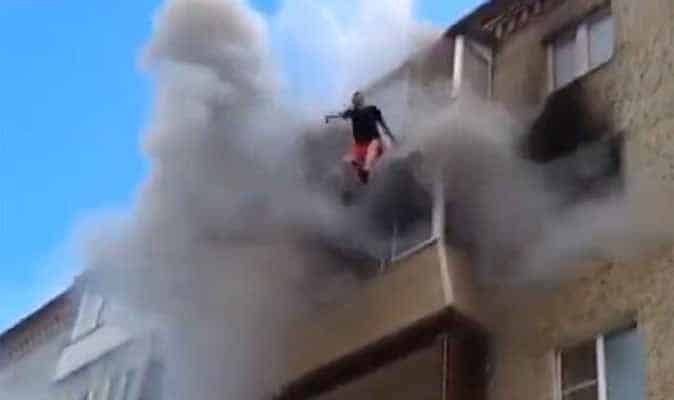 He, however, ended up suffering an injury and so he had to be rushed to the hospital.

In an Express feature, we learn that the family isn’t yet aware about what started the fire in the first place. But they knew they had to move quickly if they were to save themselves and their kids.

“My husband realised that we were not locked out.

“Everything in the apartment was in the black smoke and we strongly choked.

“And I have a child with heart disease who is 11 months old.

“We got everything on the balcony, and my husband said, ‘We will jump, otherwise we cannot escape’.”

The video has since gone viral on social media, with many netizens praising the father for being able to think clearly and act fast under pressure.

Of course, our hats are also off to all the courageous bystanders who helped save the family!