Road rage can quickly become a life threatening situation. By all means, you have to control and avoid it. Road rage is definitely a very bad idea, without knowing you are putting yourself in a bad situation where it won’t be easy for you to get out. And by the time you realized how really bad it is, its already too late. Things can easily turn nasty.

Such was the case in this video. A road rage guy furiously tapped the car’s bender of another driver who almost bumped his car. A very obvious way of starting a fight. Turns out it was the biggest mistake in his life. The “offending person” who came out of the SUV was no other than Evander Holyfield. When the former heavyweight champion menacingly approached him with a terrifying look, the “fearless” road rage guy nearly fainted and wisely walked away.

Thankfully, the video is just a public service ad intended to remind everyone about the harmful consequences of road rage. Mr. Holyfield only aspires that PSA will inspire all the more drivers to think before they act.

Sadly, majority of road rage incidents ended in a serious heated situation and sometimes which is very unfortunate, will lead to take one’s life.

Watch the video and learn from it:

What do you think will happen if this was a real-life situation? Please share so that others can watch it!

This Is How We Should Deal With Pissed Off Drivers In Road Rage. It’s Hilarious! 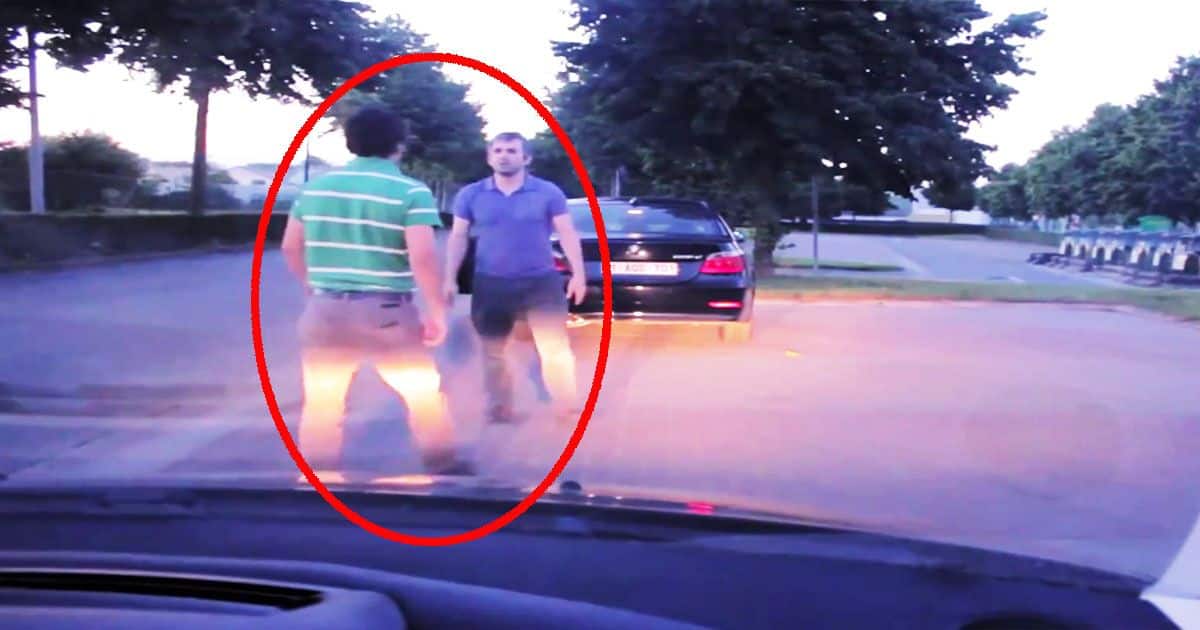