Not all of us can brag that we received gifts from Bill Gates this Christmas but apparently, one woman can. This lucky user from Reddit can say exactly that as she ended up getting the Microsoft bigwig as her Secret Santa.

As some of you may already know, Gates regularly participates in Reddit’s yearly Secret Santa exchange and, as BoredPanda accurately describes it, the generous billionaire “showers his giftee with the most amazing holiday treasures one could imagine.”

How cool would it be to receive gifts from Bill Gates himself, right? 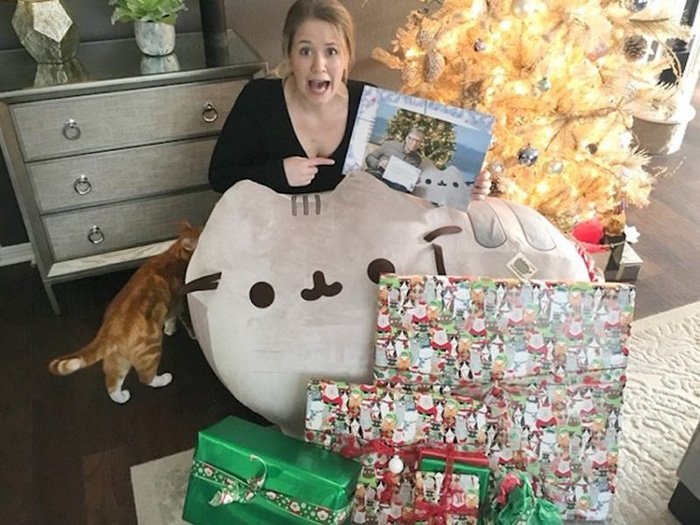 Redditor VietteLLC, a self-confessed cat lover, was the lucky person for the year and she was totally blown away with what she got from the Microsoft mogul.

As you can see in the image above, one of the surprises was a massive plush Pusheen. Gates even posed for a photo with it to prove that, yes, the gifts did come from him indeed. 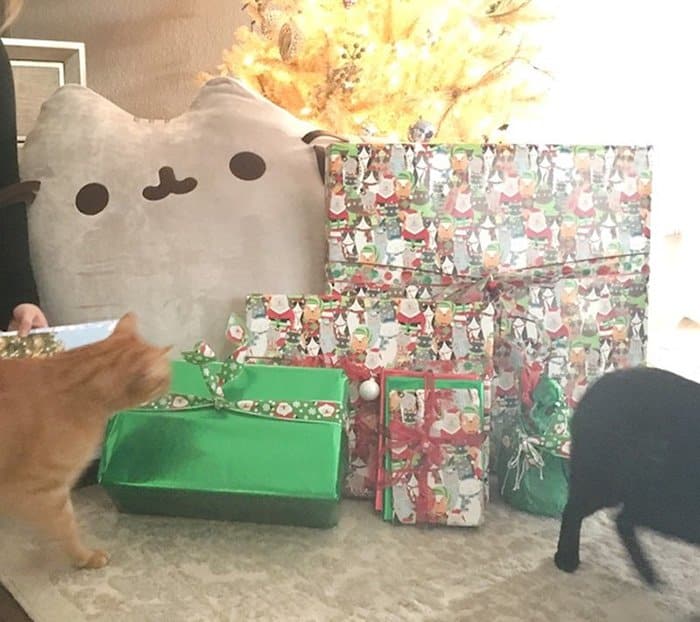 “I always check out the Bill Gates post and laugh,” she admits. “Never for a second even considering it a possibility for me.” 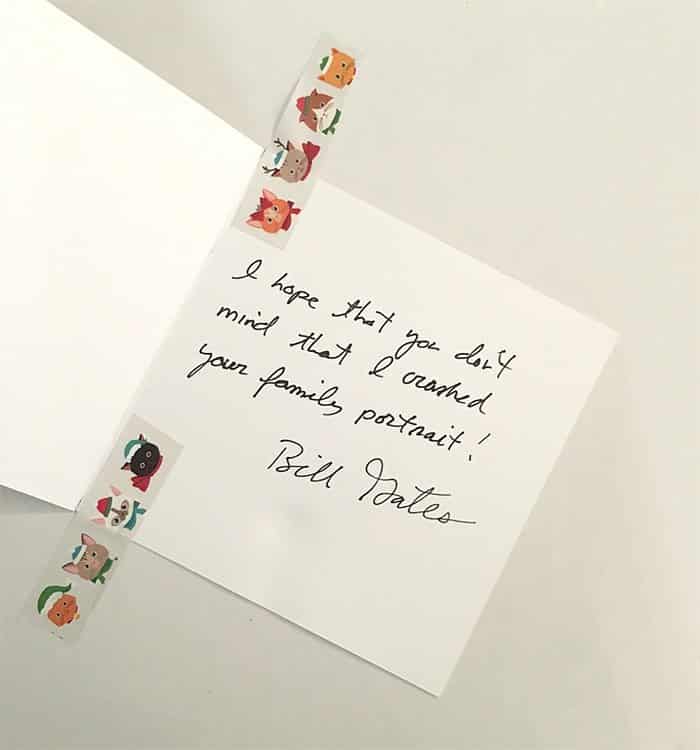 So what did the entire box have for her? Well, there’s a lot!

It had “a commissioned, one-of-a-kind cross-stitch of Me and my pal, Bill, and my 4 cats…” 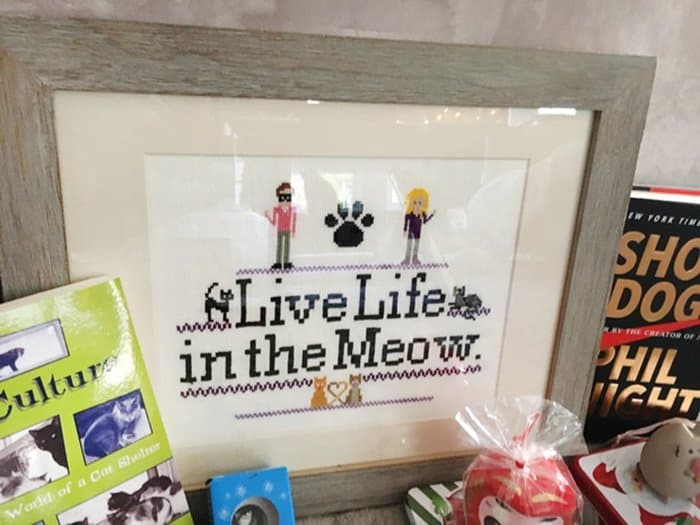 “My life goal is to fully fund a no-kill cat shelter one day and reform the U.S. shelter system to be entirely no-kill.”/h5> 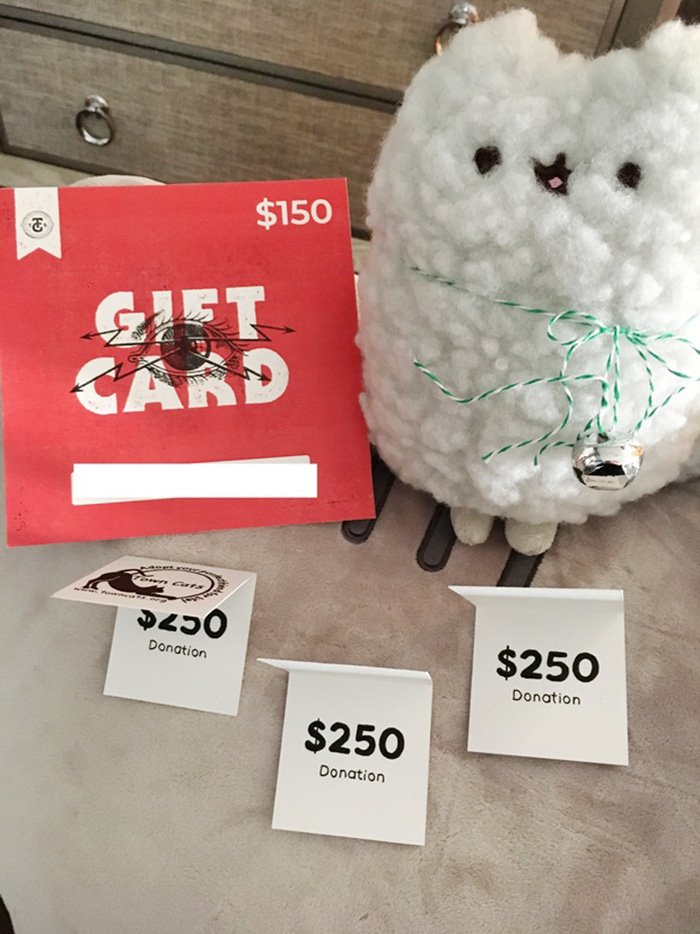 “30-ish-pound Pusheen. I will die holding this at 90… I instantaneously recognized the big grey blob shape and 2 tail stripes…” 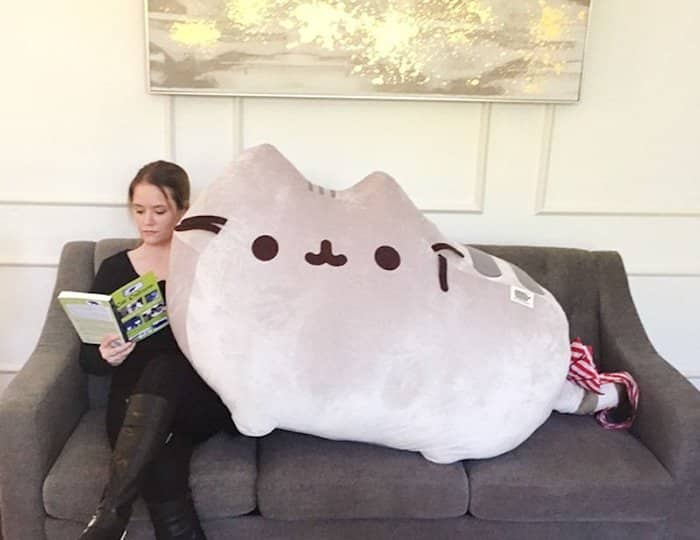 After unboxing the presents, the lucky female Reddit user later wrote her thoughts down. 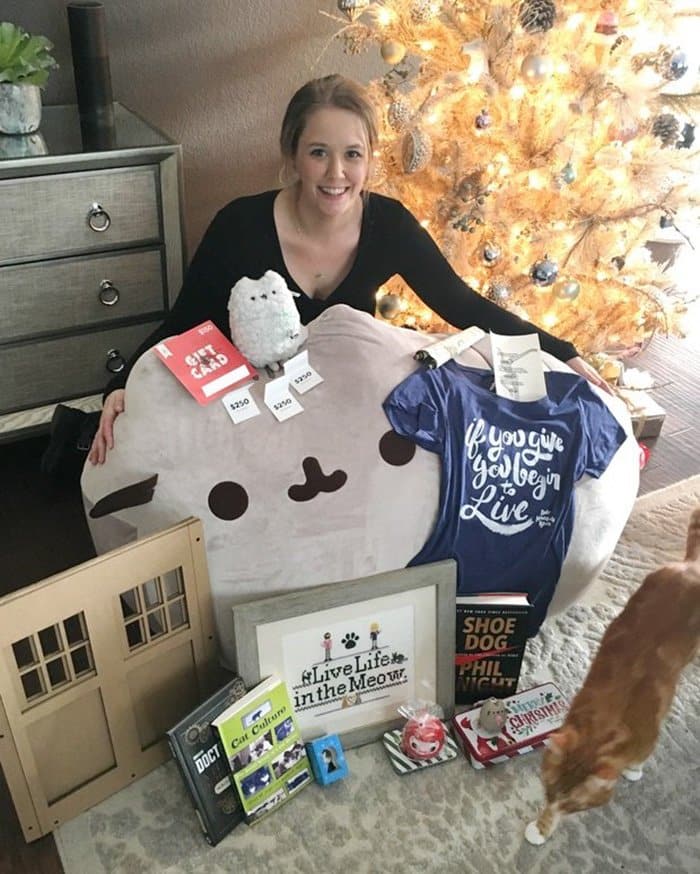 “The best part? Knowing that at some point during my workweek, I was drinking coffee, writing a boring email, and Bill Gates was somewhere having a professional photo taken with a jumbo Pusheen and writing me notes about cats.”

Well we definitely couldn’t argue with that. This has got to be one of the coolest Christmas gifts ever!

Bill Gates just proved he’s one of the nicest guys on the planet right now! 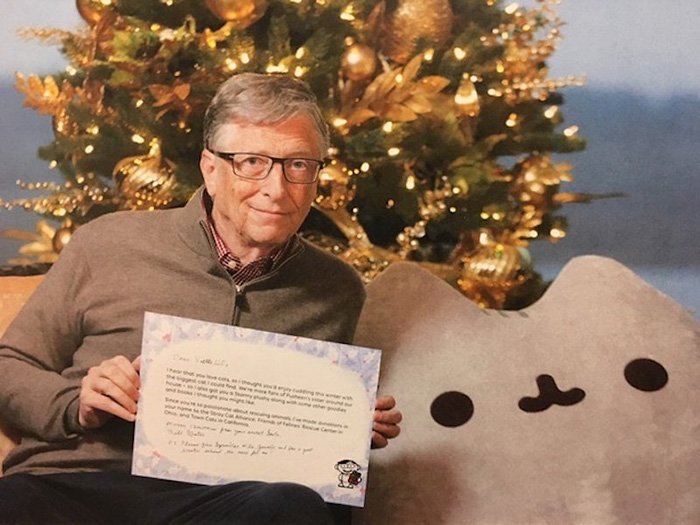 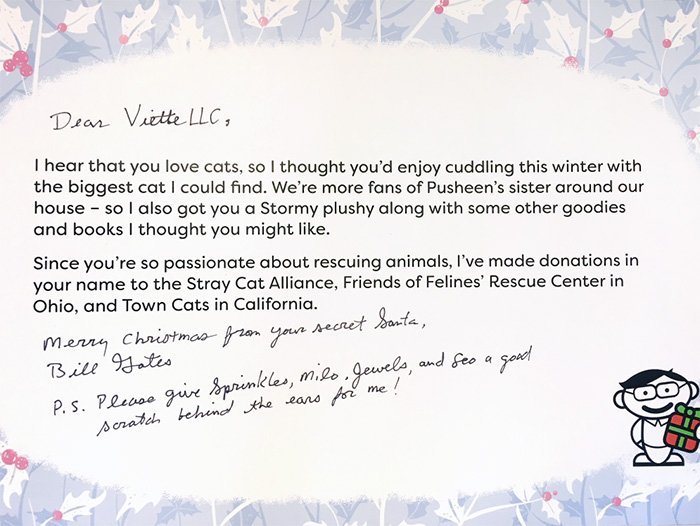 VietteLLC also took the time to record a “thank you” video message for Bill Gates.