Another case of animal brutality has made the news recently.

Pretty Boy, an elephant in Zimbabwe has been shot in the head by suspected poachers. Miraculously though, the animal actually survived.

What makes his story even more amazing is that he suffered the injury for about 3 to 6 weeks before he received medical treatment from Aware Trust Zimbabwe.

According to reports, Pretty Boy was likely shot close to Mana Pools National Park, a known hot spot fir poachers. Experts believe that if the bullet hit the elephant at least 5 cm lower, he would have been dead.

Pretty Boy, an elephant in Zimbabwe, miraculously survived a head shot from poachers. 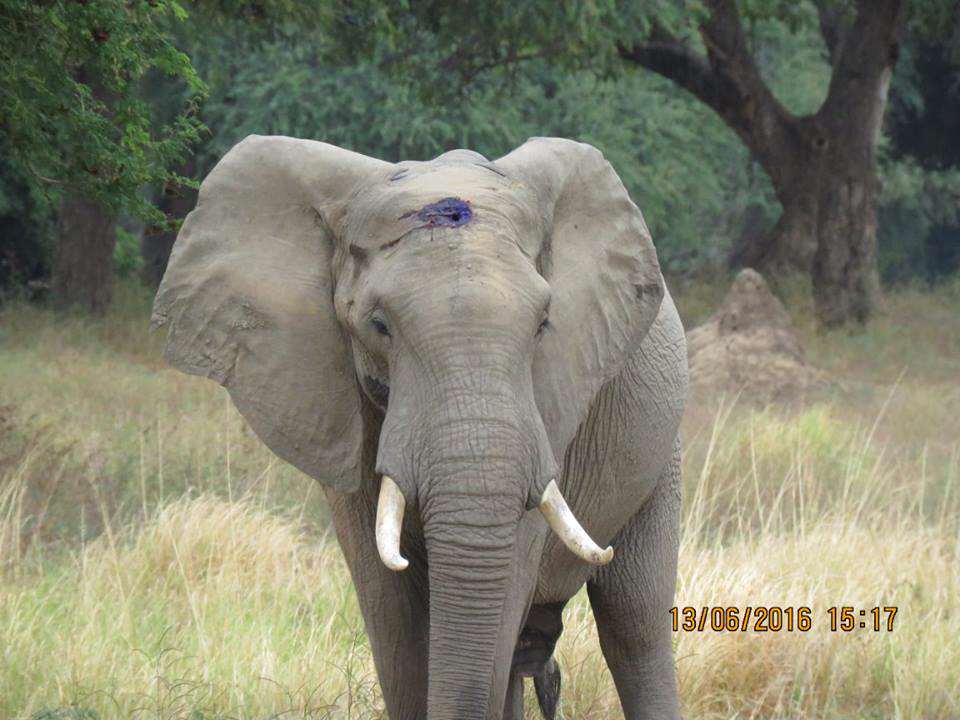 This just may be the toughest and luckiest elephant in Zimbabwe. 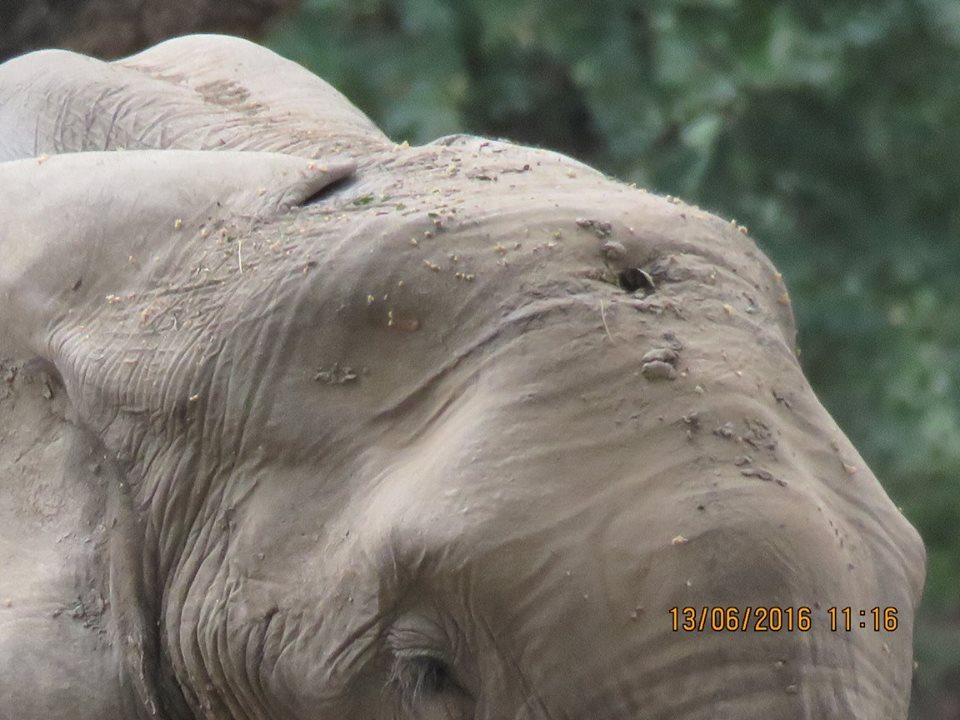 In an interview with BBC, Dr Lisa Marabini said Pretty Boy was unbelievably calm when the vets started to administer treatment.

“It’s like he knew we were there with the intention of helping him.”

According to the vets, he was “likely shot at several centimeters too high for a ‘kill shot.'” 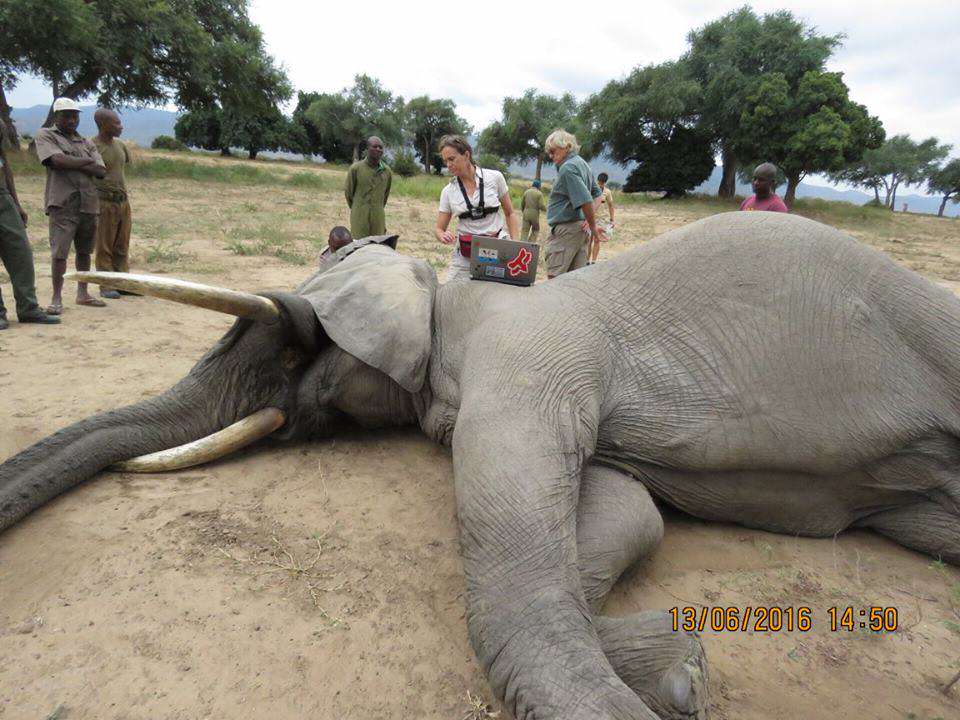 In a statement posted on their Facebook page, Aware Trust Zimbabwe shared about the huge animal’s condition. They said:

“An X-ray was taken of Pretty Boy’s skull which – in the vets’ opinion – confirms the presence of a deformed bullet. He was likely shot at several centimeters too high for a “kill shot”, and the bullet glanced off his skull causing a depression fracture of the bones in his sinuses. The bullet is lodged under his skin some 5cm away from the wound, but because of the difficulty of taking several X-ray angles on a skull that big, it could not be sufficiently triangulated to definitively locate it.” 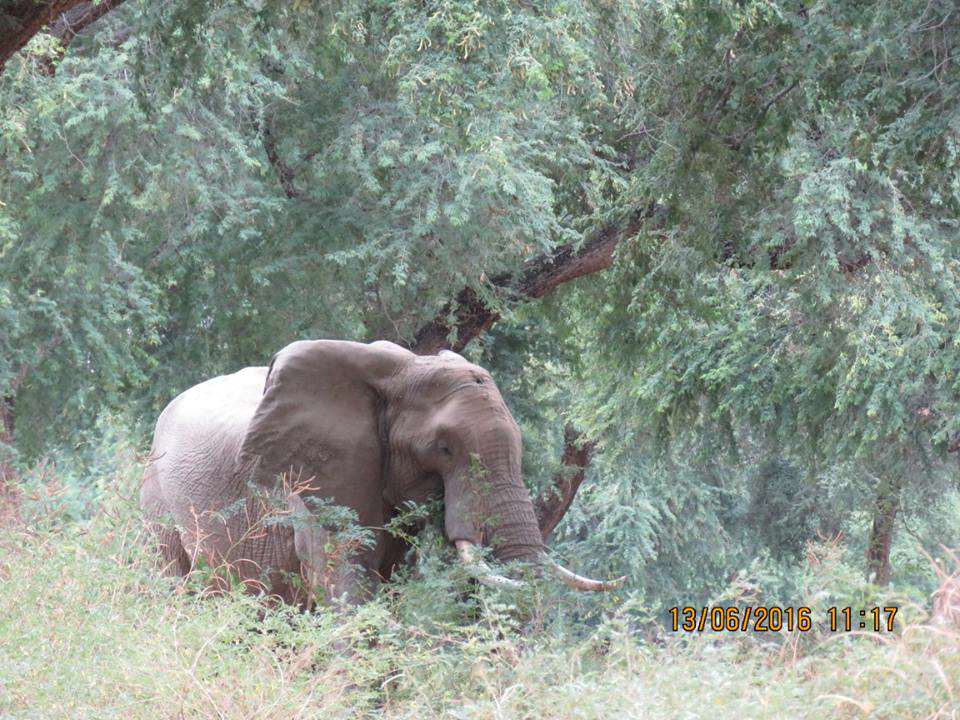 Aside from the non-fatal head shot, the vets found out Pretty Boy also had a shoulder injury which may have also been caused by a gunfire from the poachers.

We hope Pretty Boy will recover soon. Moreover, we hope those poachers will get arrested soon.