Jamban Cafe — a restaurant located in Semarang in the island of Java, Indonesia — stands out because of its unusual theme. The food there is placed in squat toilet bowls. Customers are also made to sit on upright toilet bowls.

That said, it’s obviously a restaurant that’s an acquired taste. In which case, it’s also understandable why some people would stay away from it. It’s hard to enjoy food that makes you think of what you normally encounter in toilet bowls. 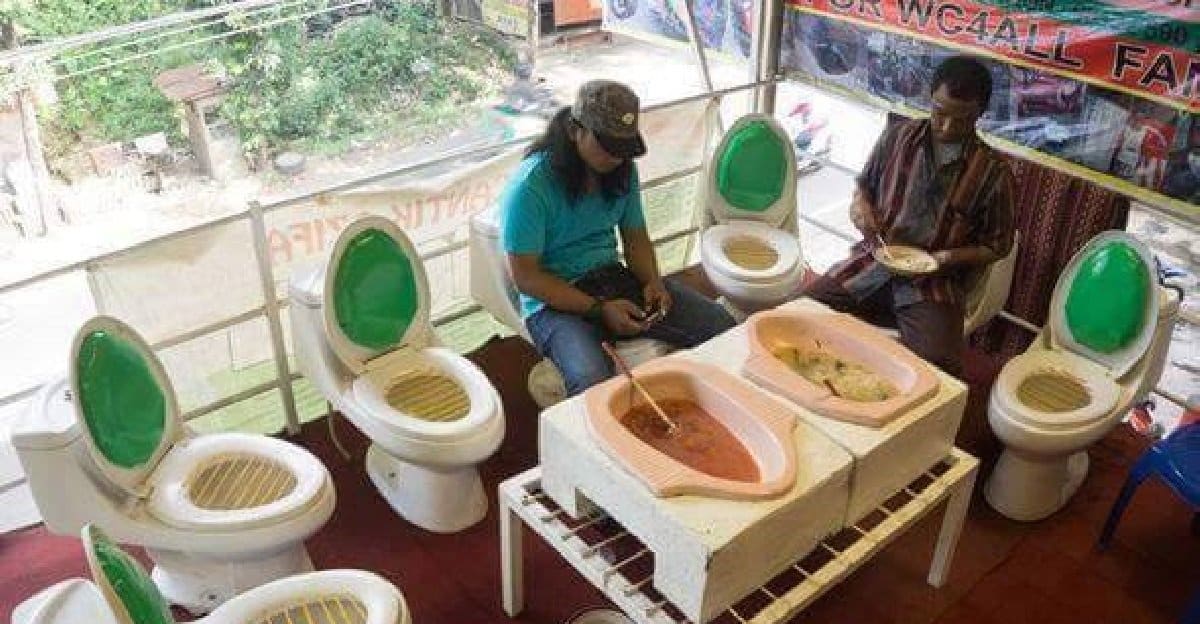 Jamban Cafe is owned by a man named Budi Laksono. He is a public health expert who has worked with the government. Apparently, he has a higher purpose for choosing the eatery’s curious theme.

In 2012, the World Health Organization (WHO) and the United Nations Children’s Emergency Fund (UNICEF) conducted a study on the state of global sanitation. 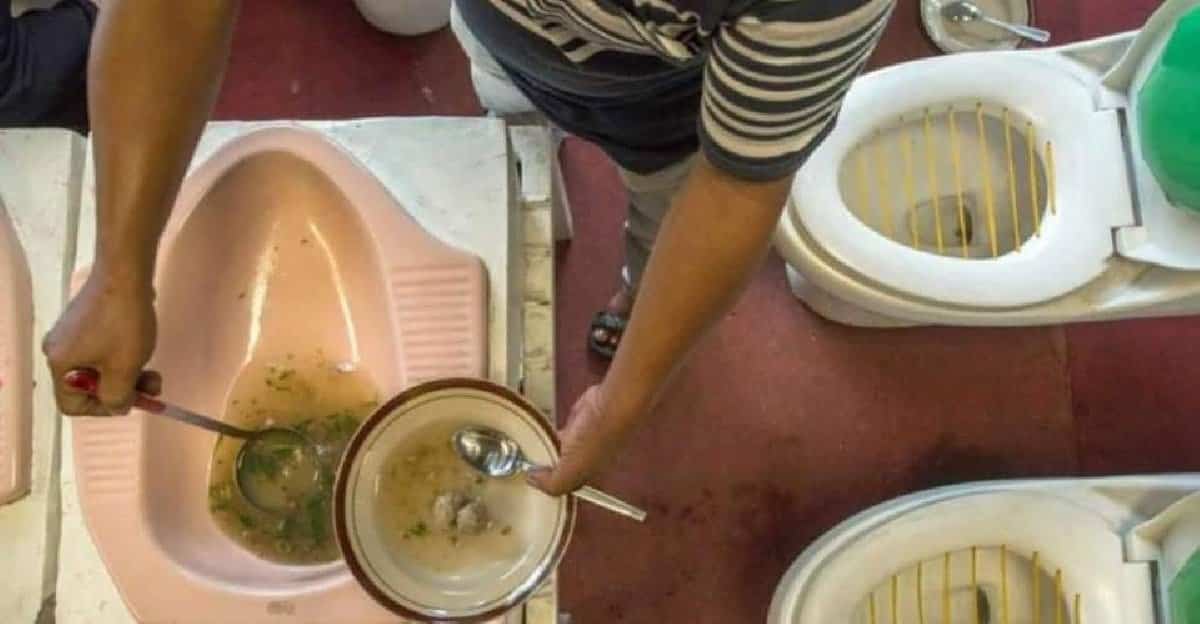 Based on the WHO and UNICEF’s findings, Indonesia was listed as one of the countries with the highest rate of open defecation. Now, what does that mean? It means that millions don’t have access to proper toilets. As such, human waste is not disposed of properly.

Apparently, Laksono has made his mission to fight this hard-to-ignore problem. It simply can’t be flushed away, so to speak.

Can you see yourself eating this? 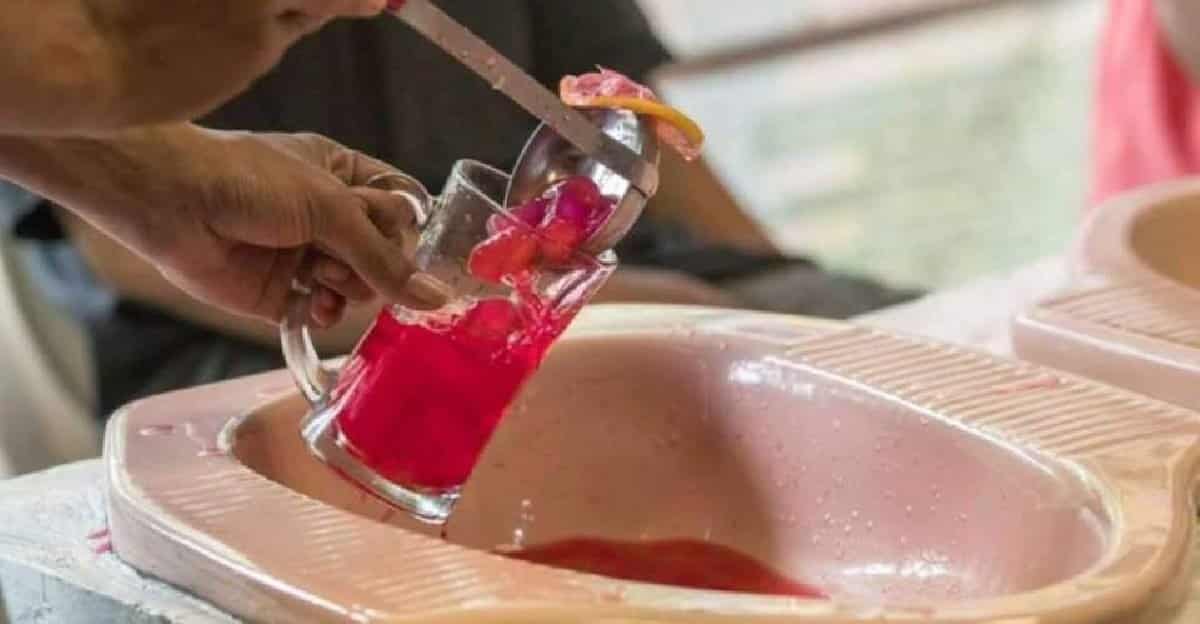 In an interview with international news agency Agence France-Presse (AFP), Laksono explained, “”Many critics say the cafe is inappropriate and against Islamic law. Jamban Cafe serves as a reminder that many people in Indonesia still do not have toilets.”

While there are people who simply won’t be eating at Jamban Cafe, there are also many folks who have been drawn to it. Since the latter are already curious (or crazy enough) to eat there, Laksono figures they’re open to discussing toilet-related subjects.

Many people may lose their appetite seeing this. 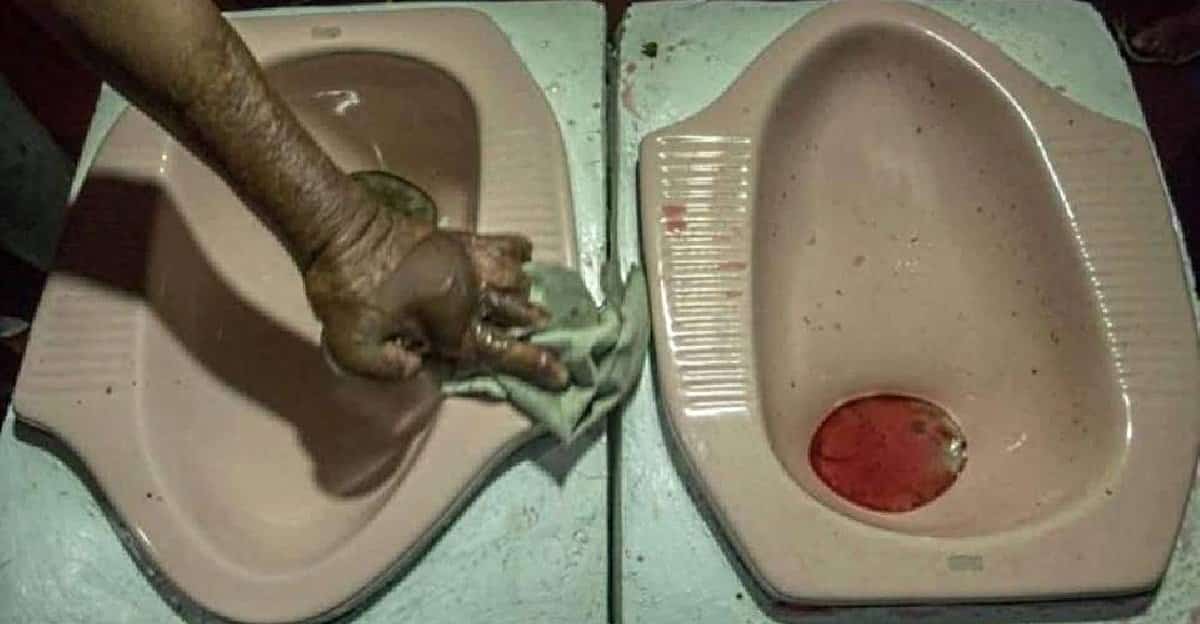 Laksono conducts lectures on people who dare to eat at Jamban Cafe. He basically reminds them that it’s important to use toilets when they relieve themselves. In fact, he even shows them videos on the subject.

As one Jamban Cafe customer disclosed to AFP, “I was disgusted at first, but I eventually ate some of the food out of curiosity. I think the idea is pretty interesting because if you try to have a campaign without a gimmick like this, the information won’t stick.” 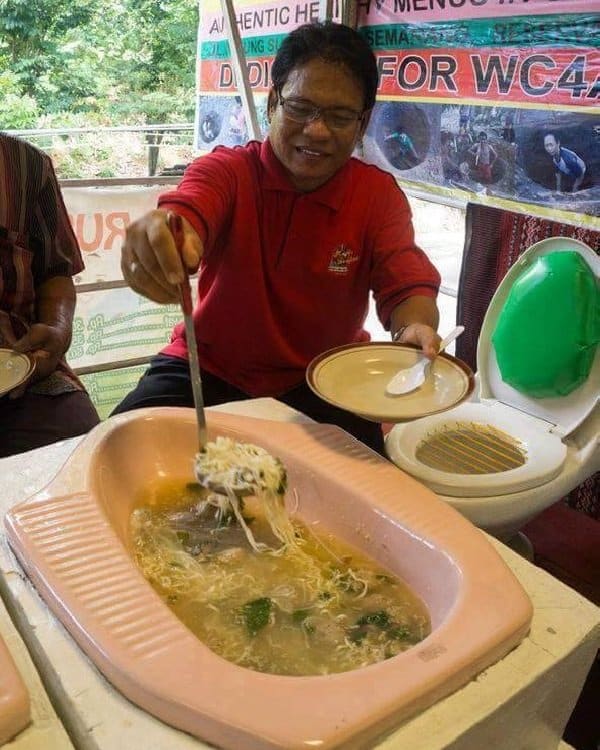 In case Jamban Cafe’s in-your-face advocacy proves too much to bear, there are vomit bags available at the eatery. That said, we also give it points for consistency.