No one likes their passport photo. No matter how well you dress up or fix your hair or do your makeup, you’ll always look just a little bit awkward with a poker face, ears out, and facing the camera head-on.

Well one man looked nice enough in his passport photo, and yet his photo was still rejected!

It was because the passport scanner made a “racist” error when it rejected his photo because it said:

The photo you want to upload does not meet our criteria because: Subject eyes are closed.

As you can see, he has "9 attempts left" to submit a photo where his eyes aren't "closed." 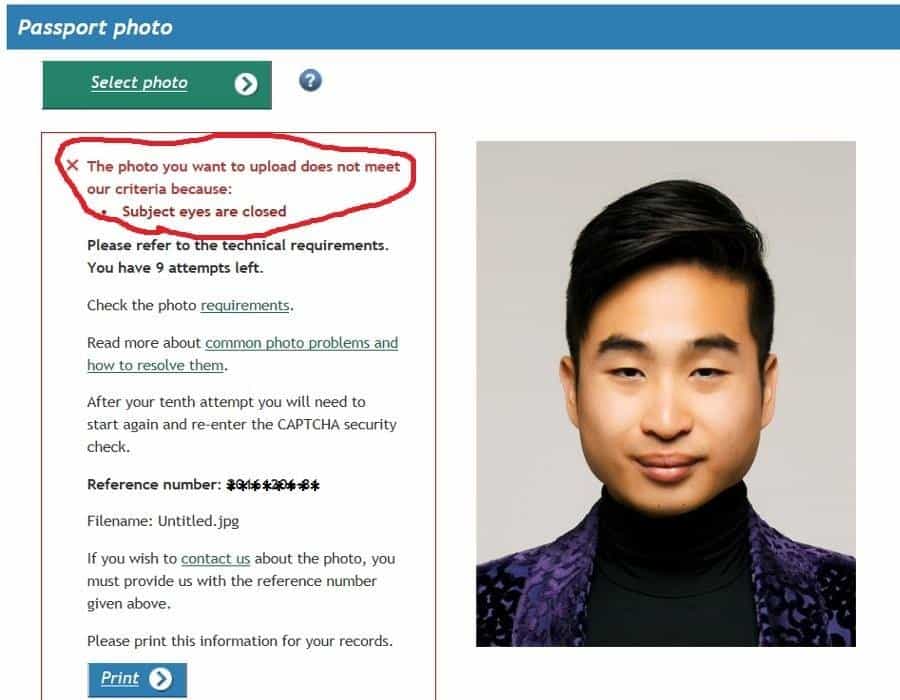 Richard Lee of New Zealand got his passport renewal blocked when he submitted his photo to an online passport photo checker at New Zealand’s Internal Affairs. And it promptly rejected his photo because the scanner thought his eyes were closed.

It’s obviously a tech error in this case. But considering Richard Lee’s eyes are more or less the average for people of East Asian descent, just imagine how many people have had their passport photo rejected because the machine thought their eyes were closed!

The New Zealand Department of Immigration released a statement regarding the issue:

“Up to 20 percent of photos submitted on line are rejected for a large variety of reasons.

“We provide customers with helpful online resources to make it easier for them to take suitable passport photos and note that in this case a second photo was submitted on the same day and the individual was issued with a NZ passport.”

Either way, Richard Lee seems to have been a pretty good sport about it as he posted a different photo on his Facebook page. 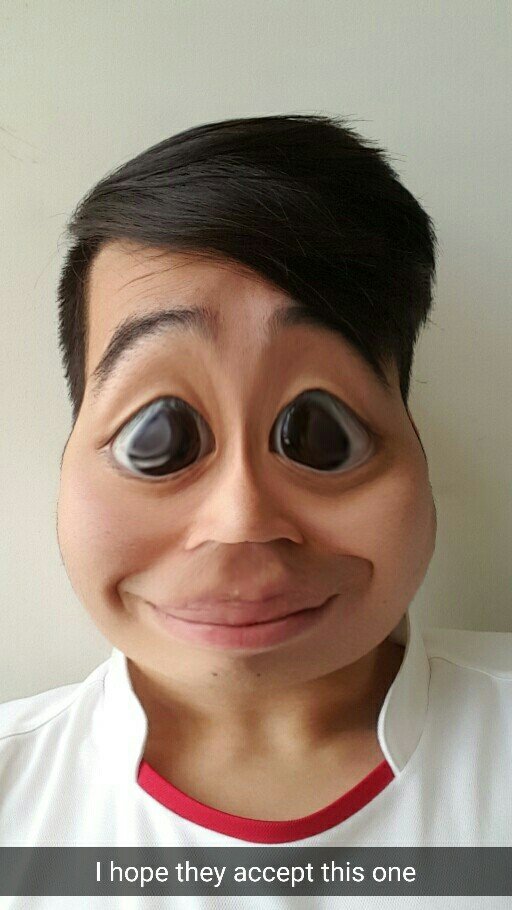 Let’s all hope New Zealand’s Department of Immigration addresses this issue as it will be a huge hassle to be told that your eyes aren’t big enough to qualify as “open!”