Nicolas Cage is arguably one of the best actors in Hollywood. This guy deserves all the praises and applauds, but that doesn’t mean he can escape all meme attacks already. He’s just too famous that almost all people in the world know that he’s perfect for any onscreen appearance. In fact, the latest inclusion to his resume would be Game of Thrones.

An artist who goes by the name of CarlosDanger100 gave Nicolas Cage a chance to “star” in one of HBO’s hottest TV shows. Heck, the Face/Off actor is not just playing one or two roles here. Because believe it or not, he’s everywhere in GOT.

Want to know how’s that even possible? Well, why don’t you give the compilation below a peek!

#1. Nicolas Cage as Lord Eddard Stark is so much better than Sean Bean.

#2. There’s no doubt Stannis Baratheon would’ve won that war because of Nic. 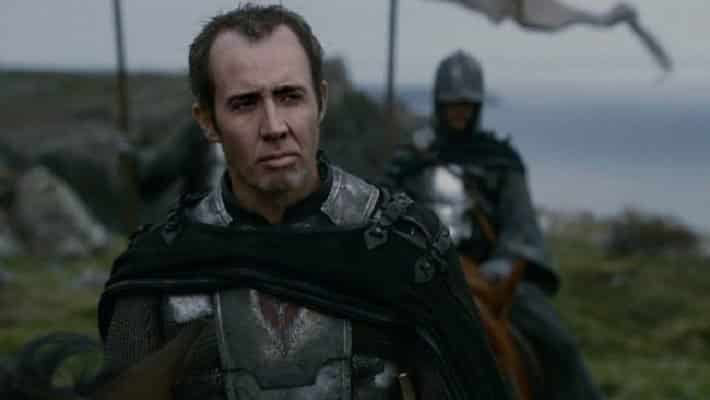 #3. Ha! The new Three-Eyed-Raven has never been this powerful. 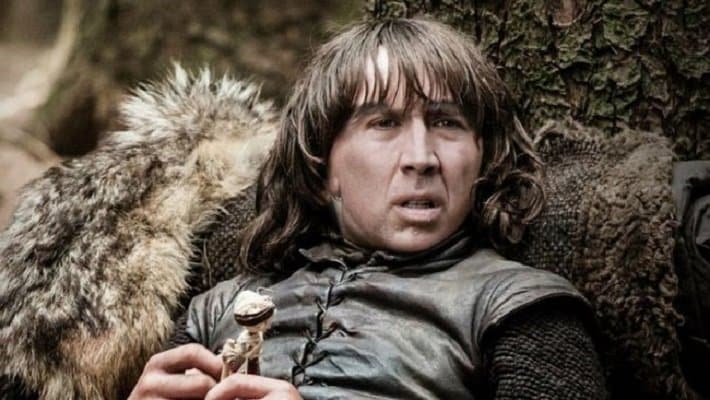 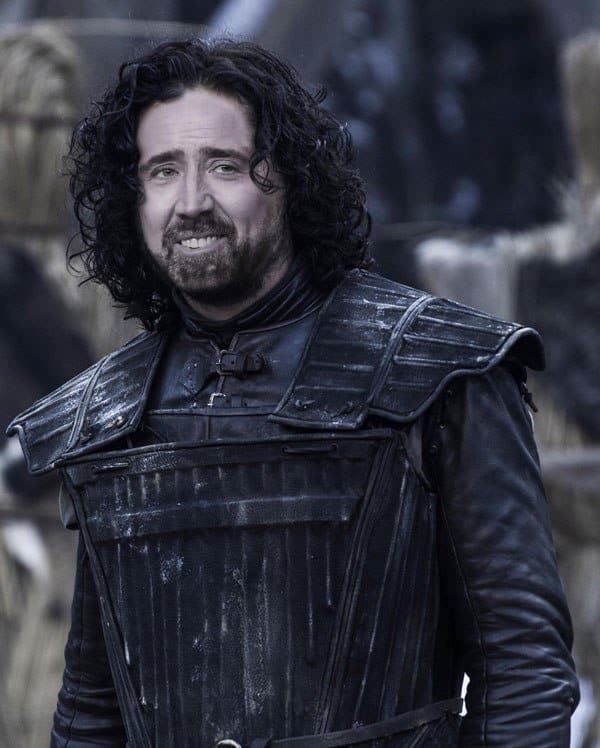 #5. What do you think of Tyrion Lannister here? 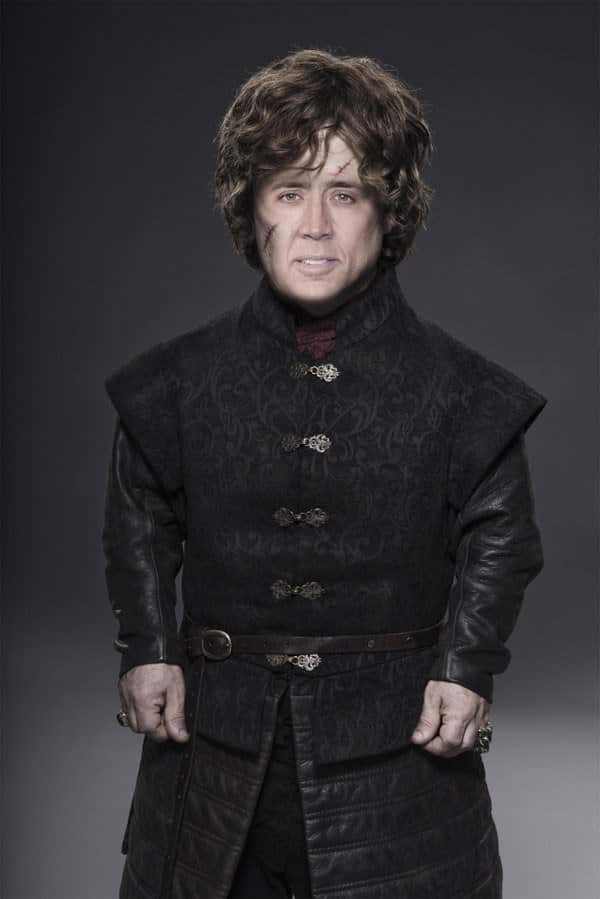 #6. Wow. Dany has never been this pretty in the show. Seriously. 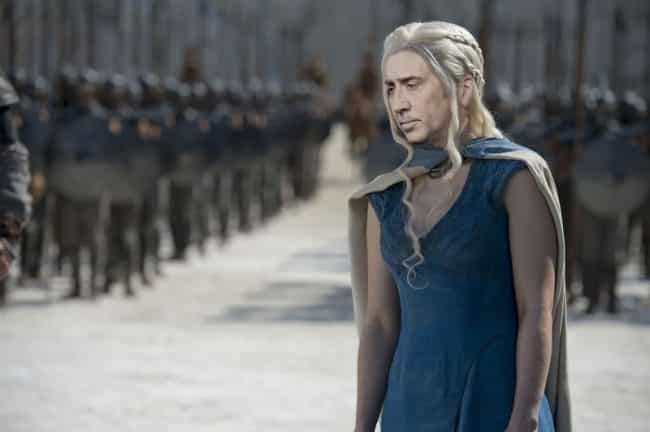 #7. The same goes for Ygritte! 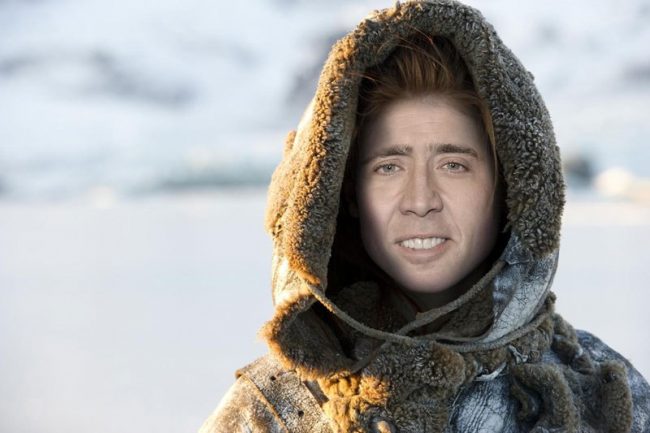 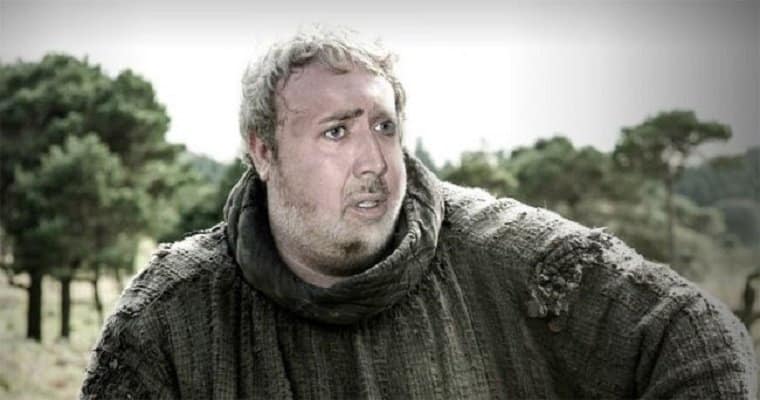 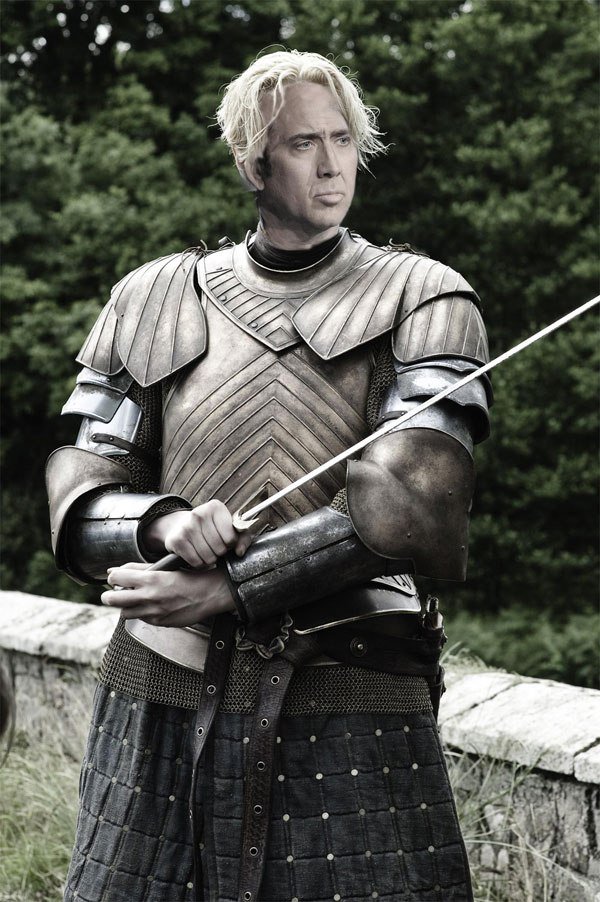 #10. The showrunners need to bring Tywin Lannister back, and if they do, they know exactly who to call. 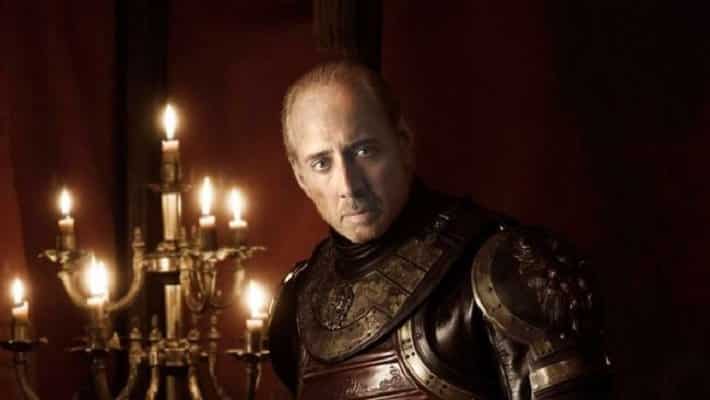 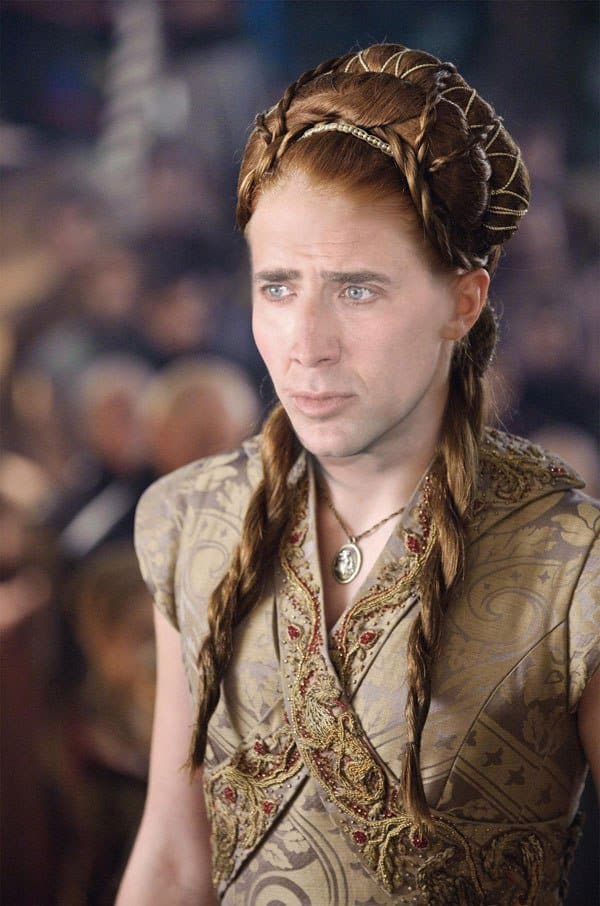 #12. If Jorah Mormont only looked this good, Dany would’ve fallen in love with him right away. 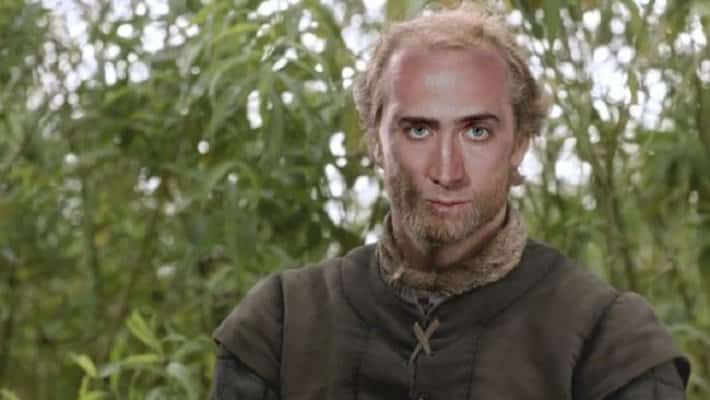 #13. Lol! Calling him The Hound is such an understatement. 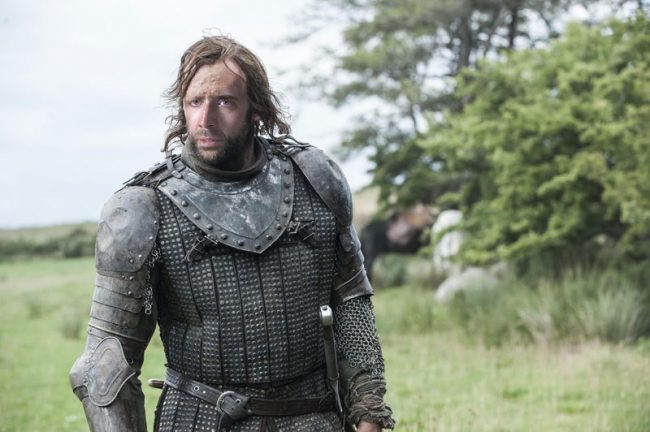 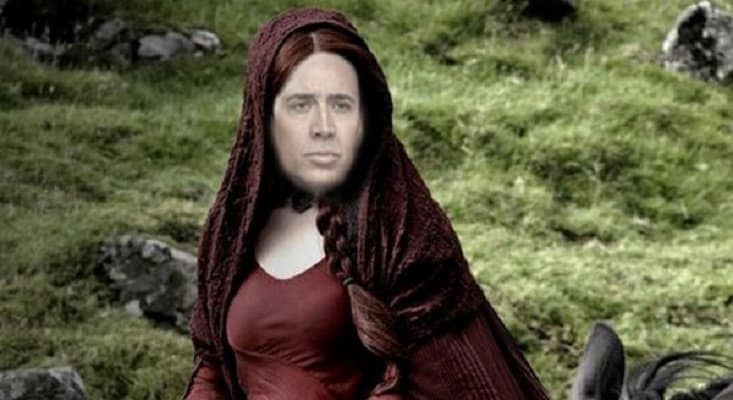 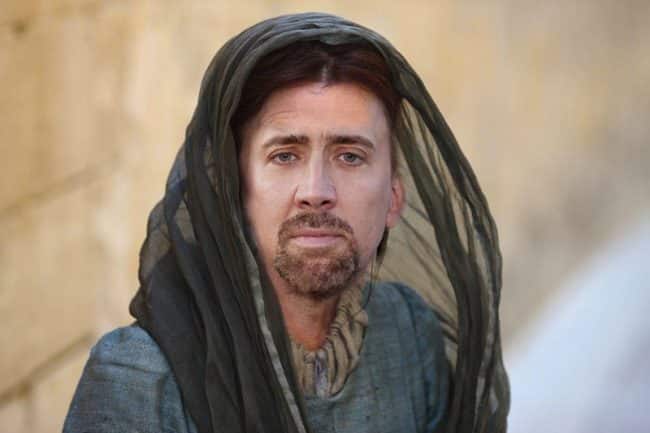 #16. Had Joffrey Baratheon looked this fierce, no one would’ve dared to poison him. 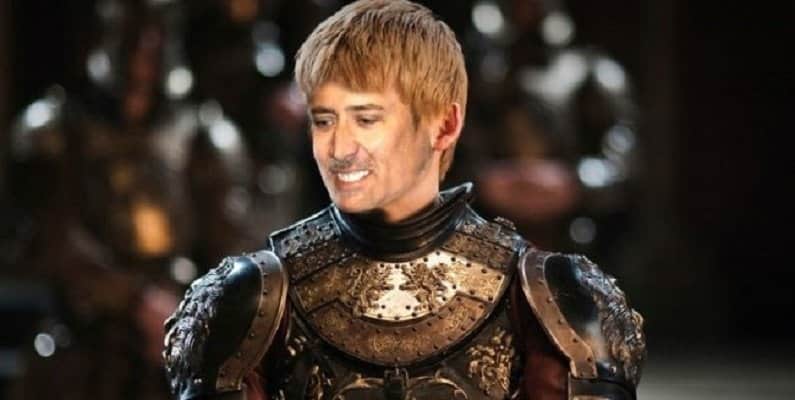 #17. I think I have so much respect for Lord Varys now. 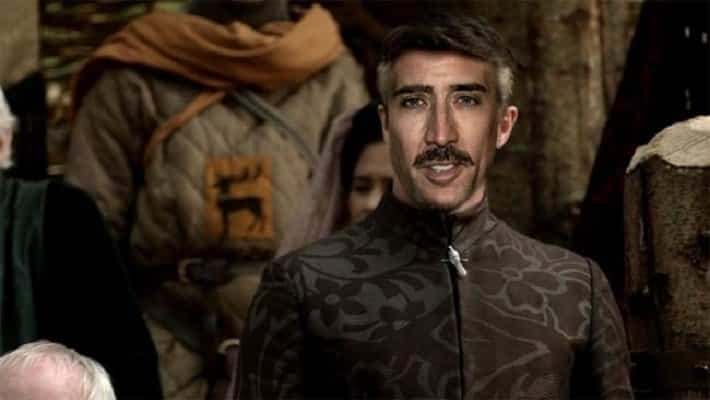 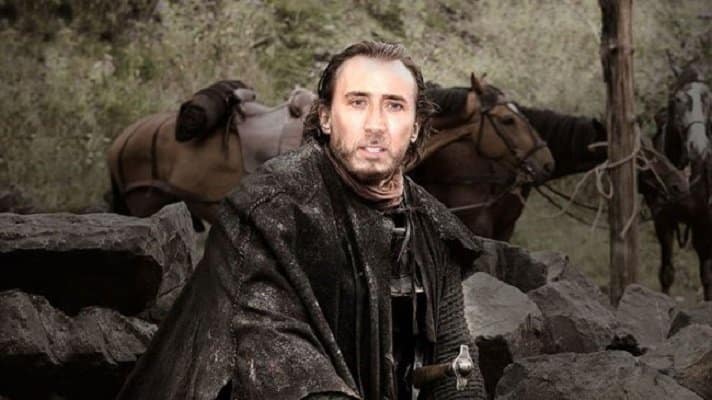 #20. How can someone as beautiful as Margaery Tyrell die? 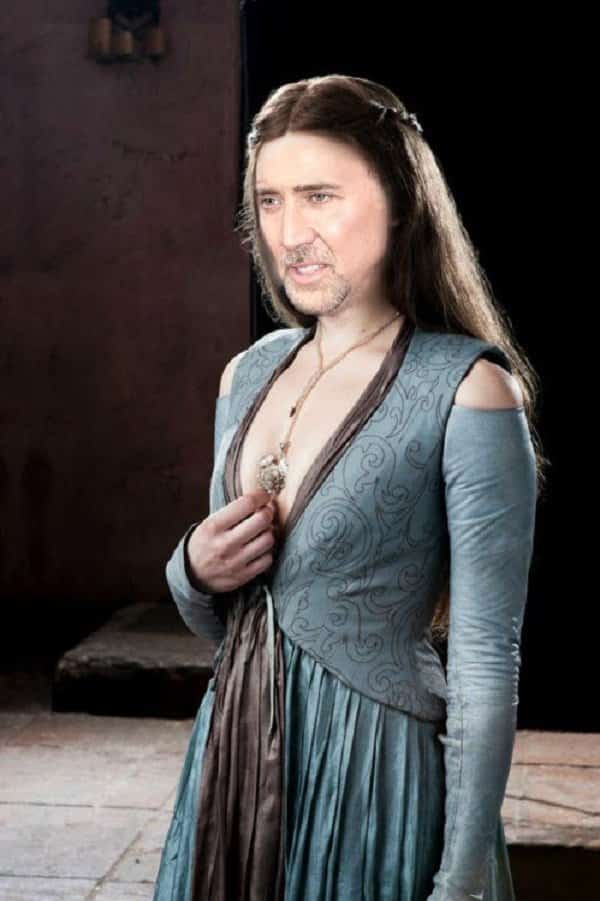 #21. If this was to be Ramsay Bolton, HBO’s ratings would’ve gone through the roof. 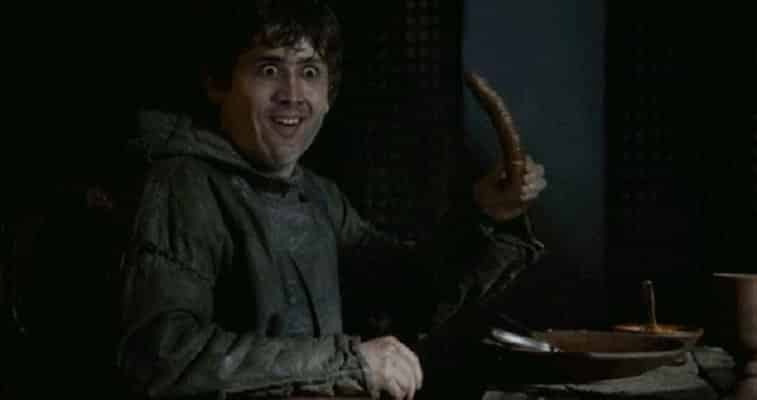 #22. Look at Cage’s flexibility and passion. He lets emotion in the best possible way, particularly in an Arya Stark way. 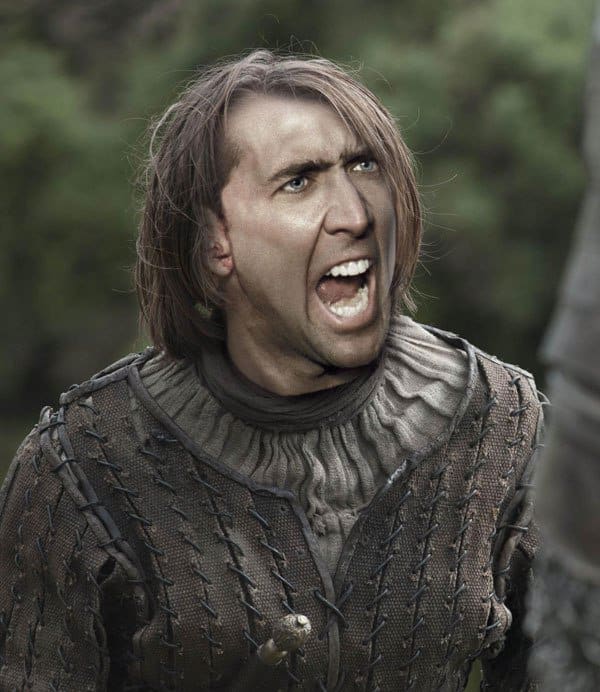 #23. You can loathe Cersei Lannister all you want, but not this one. 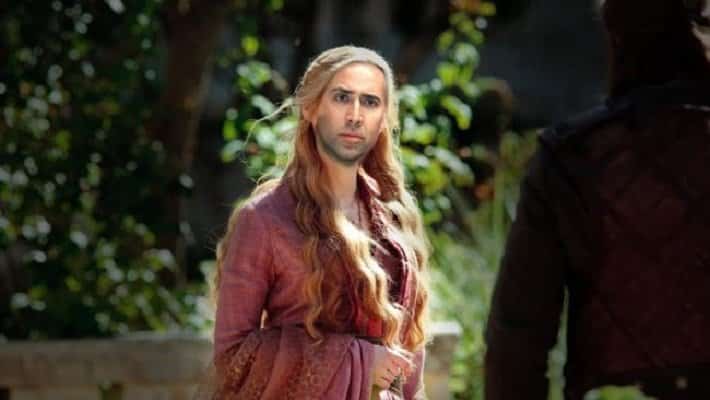 #24. The massacre could’ve been prevented if only Nicolas was there. 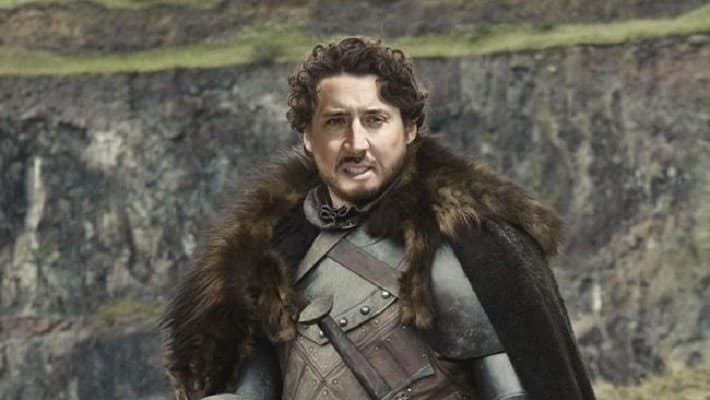 #25. Okay, Samwell Tarly is smart, but he’s not as good looking as this. 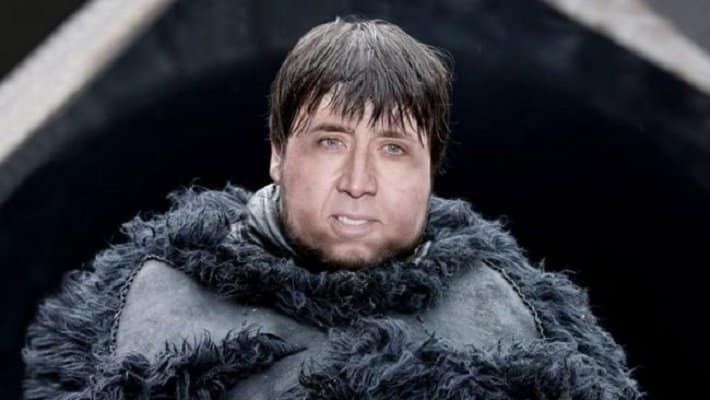 This list has been made possible by CarlosDanger100’s efforts.