Not all cab or Uber passengers like to interact with the driver. There are passengers who just like to ride in peace and get to their destination as quick as possible. But not all drivers get the hint; some would initiate conversation and the passenger will make an effort to tolerate the banter.

These two men who got into an Uber in Las Vegas never thought interacting with the driver would be so much fun. They got into the car and saw a nerdy-looking driver greeting them.

Once settled, the driver asked them if they don’t mind listening to music. 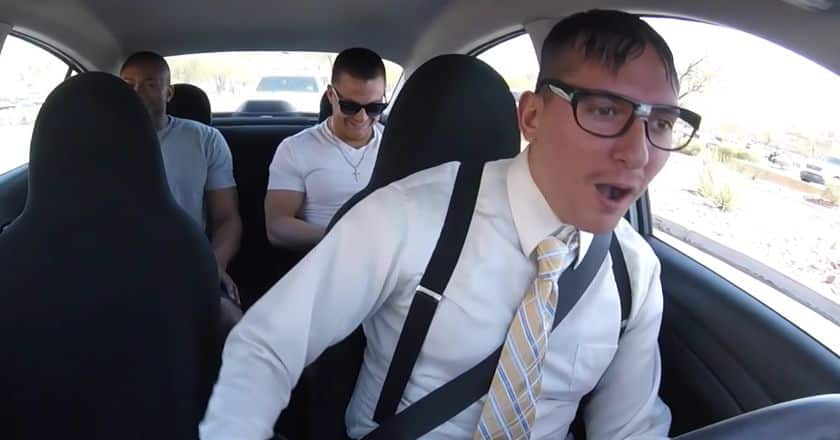 The two were okay with it and the driver asked them if it’s okay if he spits some rhymes while driving.

Sure, the two said. They were probably expecting a mediocre attempt at rapping, but when the driver played some beats on and started rapping, man, he was on fire!

Watch the video to see the dope rapping skills of Ollie B, your friendly neighborhood Uber driver:

The driver is Oliver Barkell and he calls himself Ollie B, which must be his rapper name. Needless to say, Ollie B killed it and this video went scorching viral!

Ollie actually has his own Youtube channel, where this video was uploaded. He later confirmed the video’s authenticity:

“This video is a 100% REAL REACTION. Didn’t know the guys, friended them on Facebook afterwards. Yes, I really am an Uber Driver﻿.”