Pretty much like proud parents, couple Alex Dennison and Ashley Lewis thought it would be cool to document their dog’s growth by taking monthly photos. They weren’t ready for what was to come out of it, however, as the said photos eventually went viral online.

Nasra, their beloved pet, was merely eight weeks old when the couple brought her home from Khayem German Shepherds breeders in Penright, NSW, Australia. After eight months, the dog has grown much bigger than they ever expected.

Nasra the German Shepherd when she was merely a pup of 8 weeks old.

Being fully aware of the pup’s breed, of course, Alex and Ashely had an idea that she was going to be big. However, they were still surprised when they later compared the series of snaps they’ve collected.

Alex and Ashley decided it would be fun to take monthly photos of Nasra to document her growth.

“We knew given the breed that she was going to be a big girl, but we didn’t really notice day to day how big she was getting. It was only when we looked back at these progression pictures that we realized how much she’d grown.”

Little did they know that their beloved pet would later become very enormous – and famous. 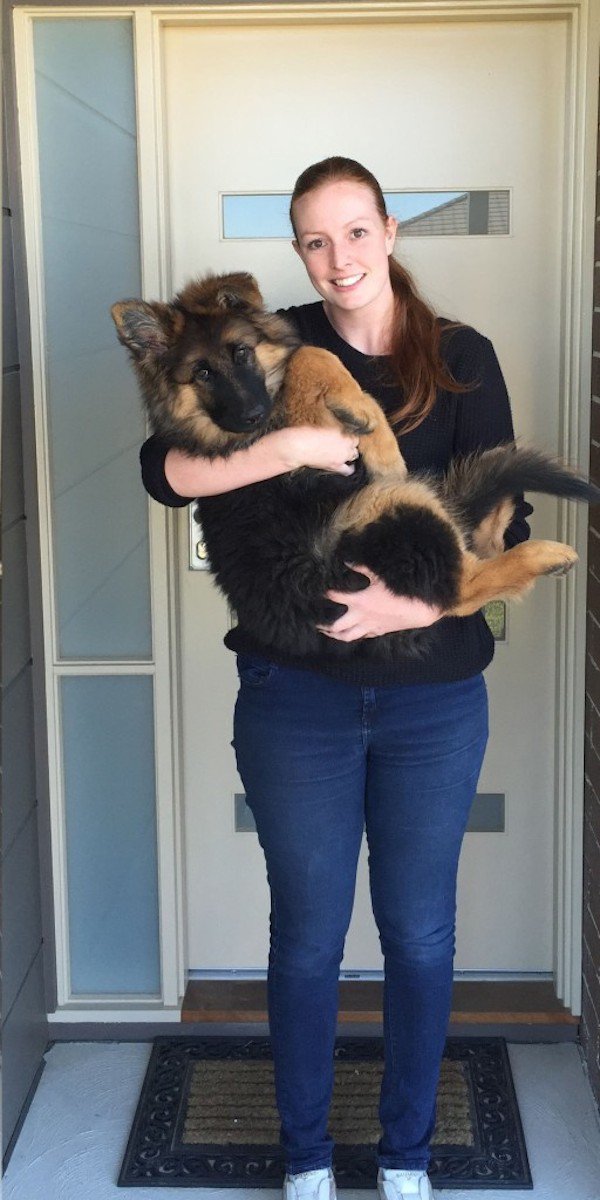 According to Alex, Nasra consumes up to 20 kilogram bags of kibble per month, along with meats, oats, and other treats.

Despite her huge size, Ashley says Nasra is still a puppy.

“She’s still a puppy. When she’s ready to play, you definitely know about it, she’s all over you and there’s not much you can do, you have to say yes!”

The photos were taken at their front door with Ashley wearing the same attire each month.

One troll later pointed out that Ashley wasn’t changing her clothes.

“It’s been a real sore point in our house,” Alex joked before taking it back. “Obviously it was 100 per cent on purpose to highlight how much the dog had grown.”

Eventually, Nasra grew so much it became nearly impossible for Ashley to carry her. 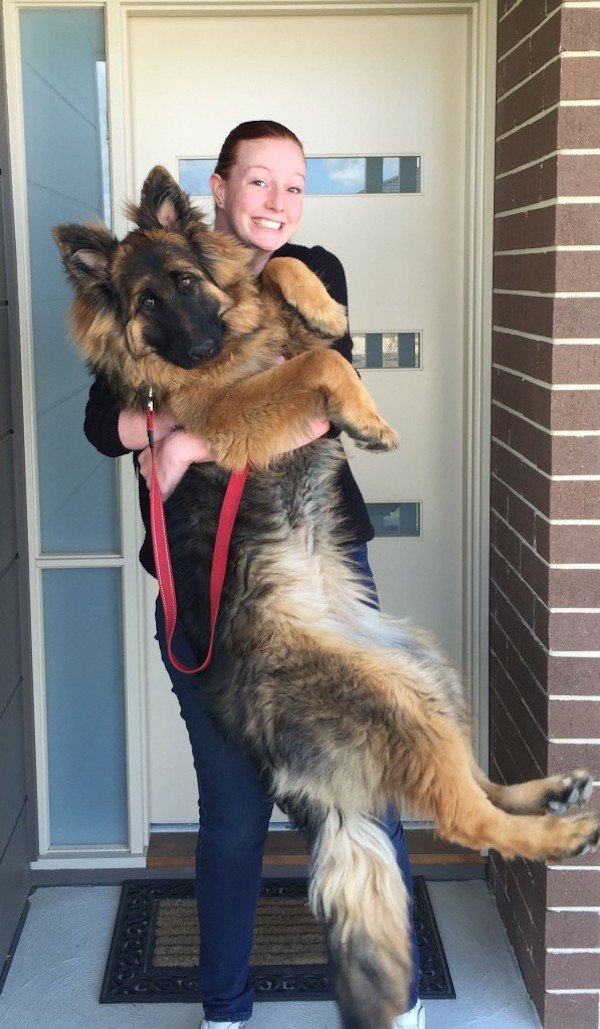 Nasra is now 9 months and has grown so much since they took her in.

Here’s the complete set of Nasra’s photos from 8 weeks to 8 months.

“We posted on Reddit at about midnight,” Alex said about the pics that went viral “and then woke up in the middle of the night and it had a thousand views and hundreds of comments.”

Congratulations to this awesome couple for raising an adorable dog. 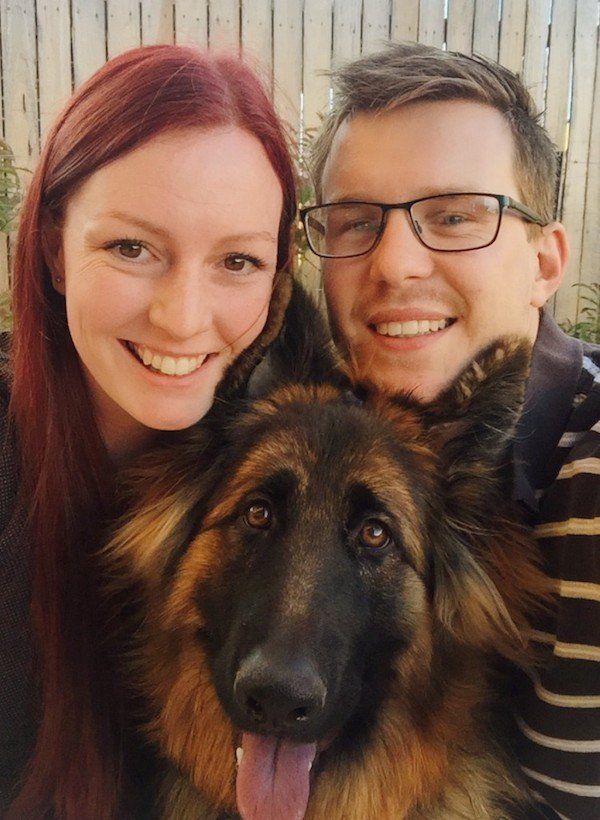 With her overnight fame on the web, we wonder what’s next for Nasra. A guesting on Ellen perhaps? Let’s all wait and see!

Amazing Guy Walks with a Pack of Dogs WITHOUT a Leash! 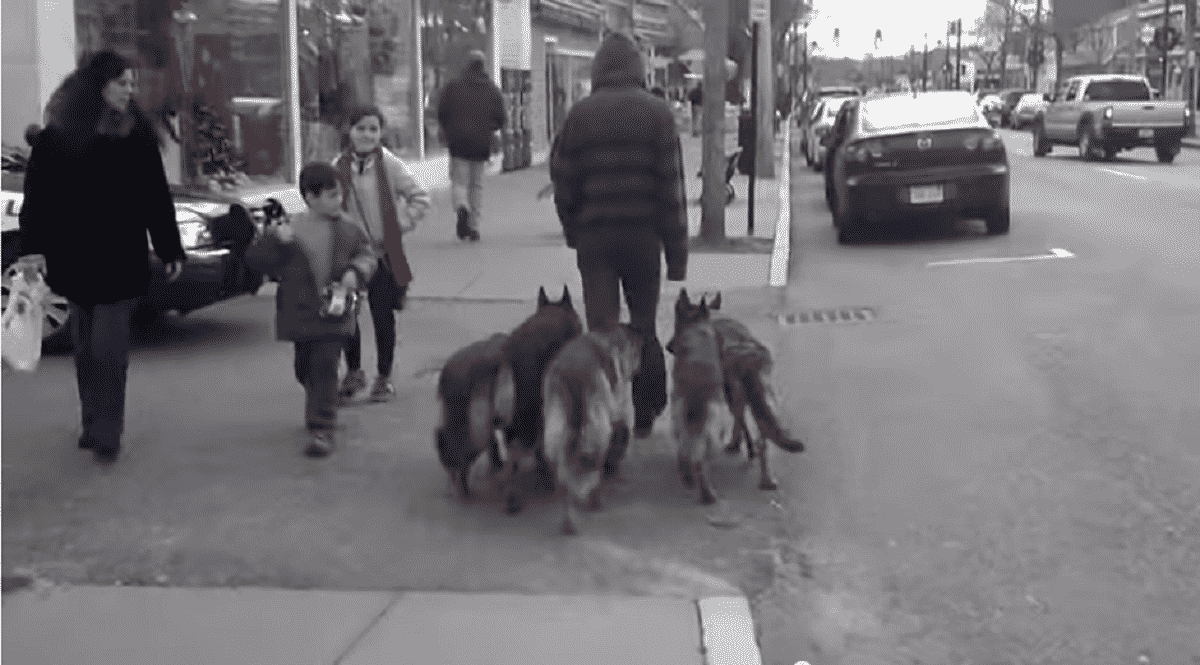