For those of you that are unaware, B.o.B recently made headlines after revealing his plan to prove that the Earth is actually flat. Surprisingly, NASA decided to break their silence and responded to this ruckus despite its absurdity.

As expected, the situation became a lot more ridiculous. There are already countless Earth images spread across the internet and libraries which already makes B.o.B’s plan redundant and unnecessary in the first place.

Here’s B.o.B tweet explaining his well-thought out point to prove that Earth is flat. 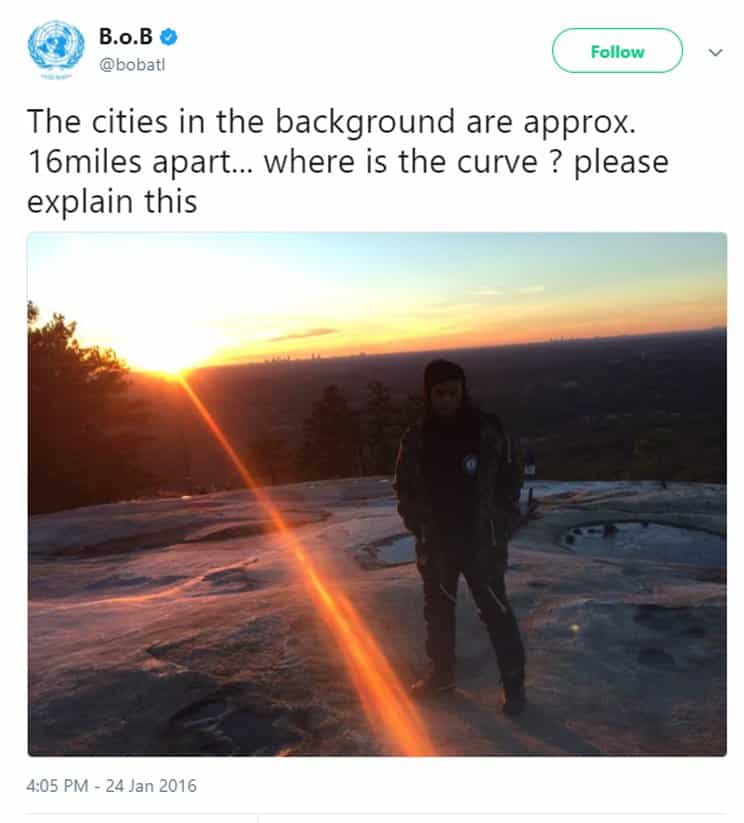 It goes without saying, but NASA astronauts are some of the busiest people on Earth. This is when you realize that it’s a really big deal when even they decide to drop whatever important thing they are doing just to spend some time to respond to your craziness.

And it’s a pretty big deal. B.o.B is trying to undermine countless of decades of Astronomical efforts.

Terry Virts began by simply confirming their case with his firsthand account from his stay at ISS. 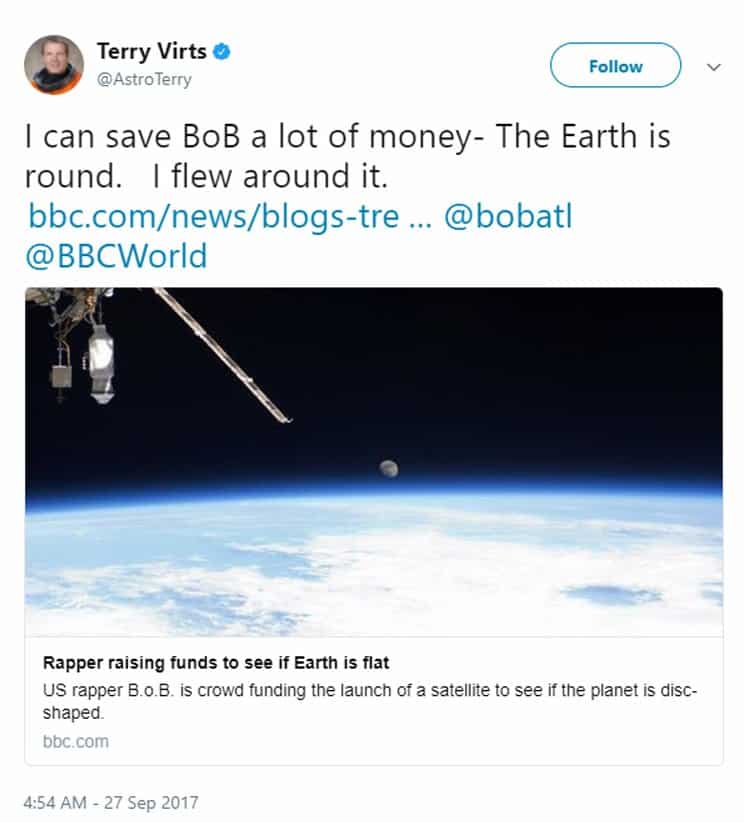 The second man on the moon Buzz Aldrin also decided to chime in. 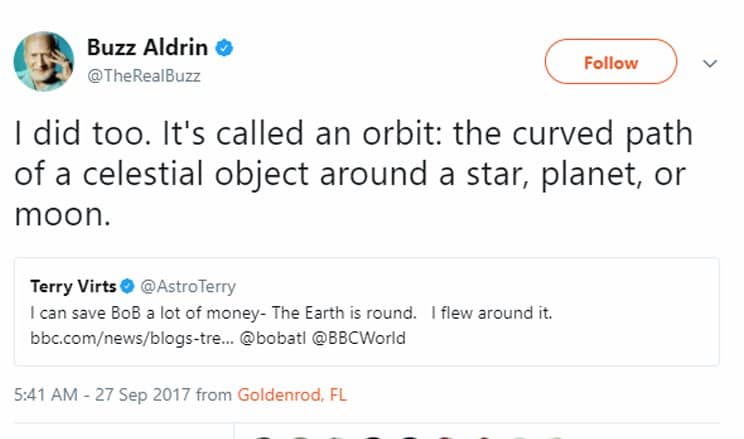 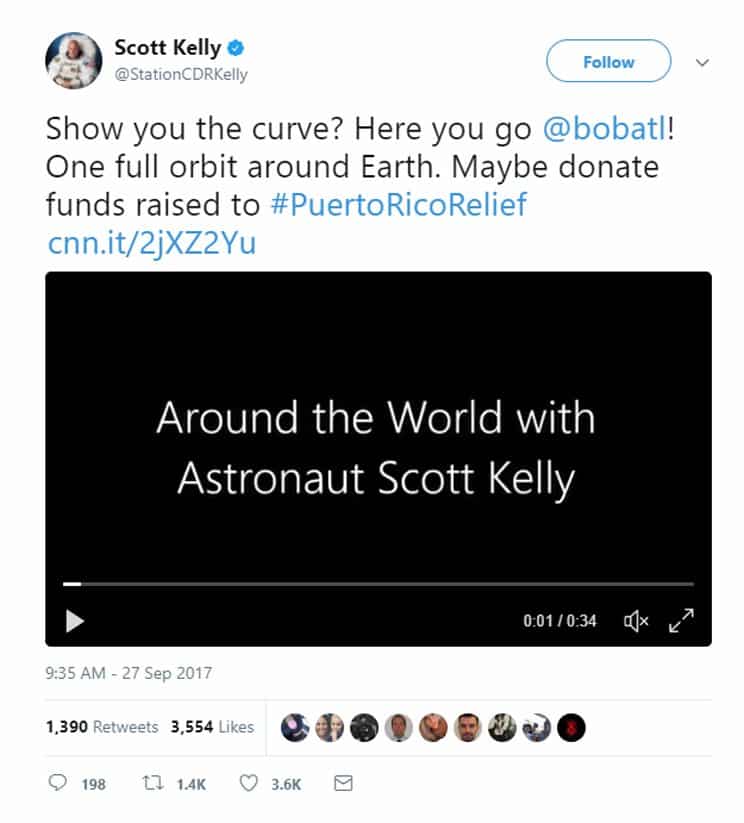 As if those weren’t enough, another one added more first-hand evidence for B.o.B. 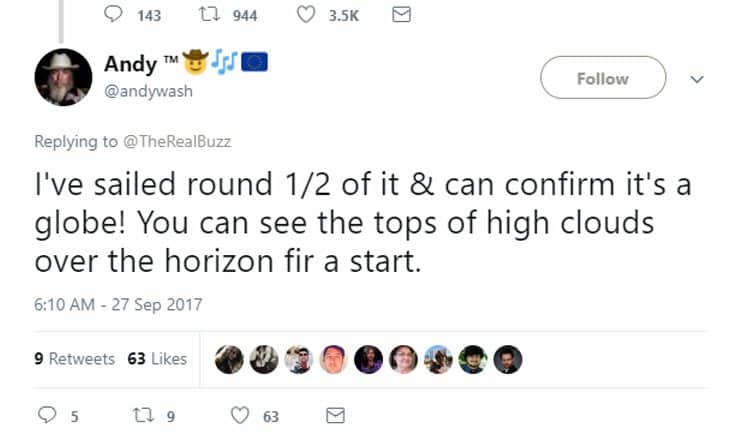 Unfortunately, the rapper took these tweets as a mere sign that he’s getting on to something. 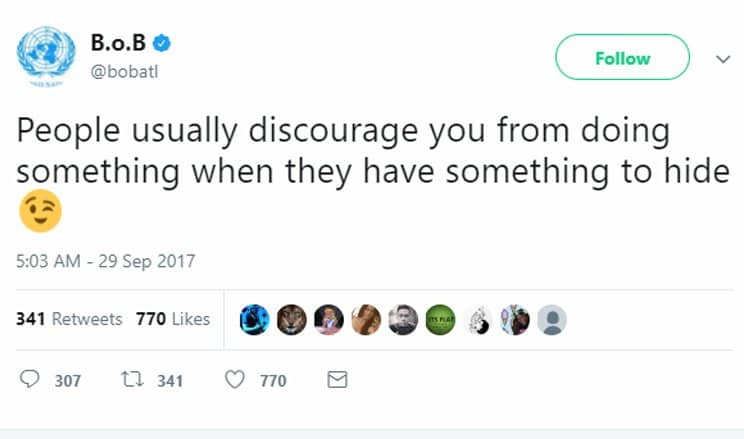 The good thing is, people are smarter than that. 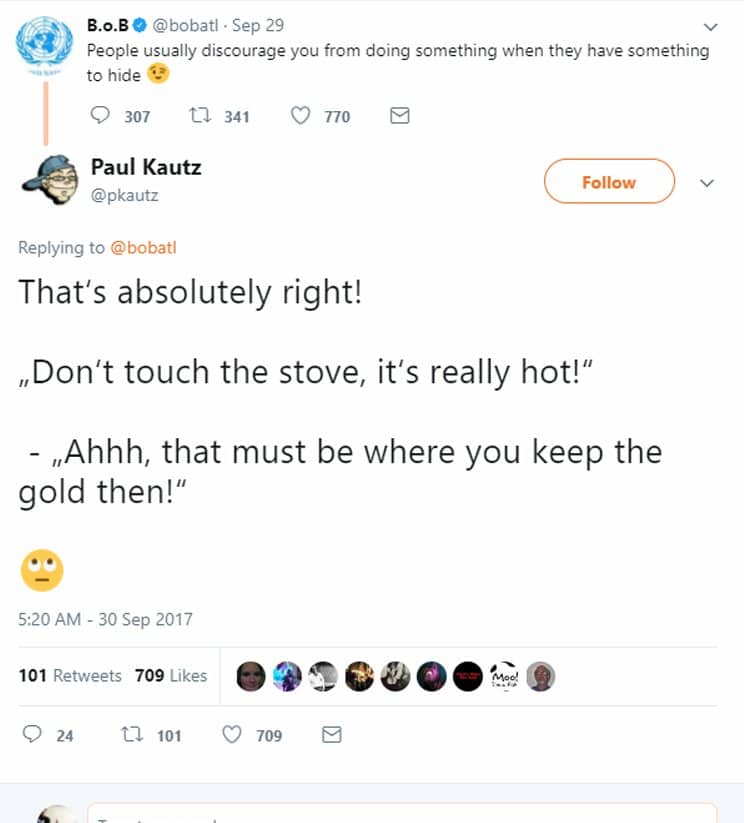 Well, if those things did not convince him, then it’s pretty safe to assume that nothing will. The man’s already made up his mind. Hell, he already set up a GoFundMe page to earn enough money for his futile plan to launch a satellite into space as far as possible in order to take a photo of Earth.

On the brighter note, despite the nasty criticisms B.o.B is currently receiving, you got to appreciate his unyielding personality. Go B.o.B, prove us all wrong!