Bitcoin has become increasingly more popular since it was first introduced in 2009. More people have decided to invest in the cryptocurrency since its value has gone up significantly. Still, it remains to be a mysterious financial phenomenon, and many more people have yet to know what it really is.

One of the mysteries of Bitcoin is its founder. Not much is known about the guy, except for his name — Satoshi Nakamoto. According to experts if Bitcoin’s value keeps on climbing, its mysterious founder could very well become the world’s first ever trillionaire.

Unfortunately, no one really knows much about the guy named Satoshi Nakamoto. 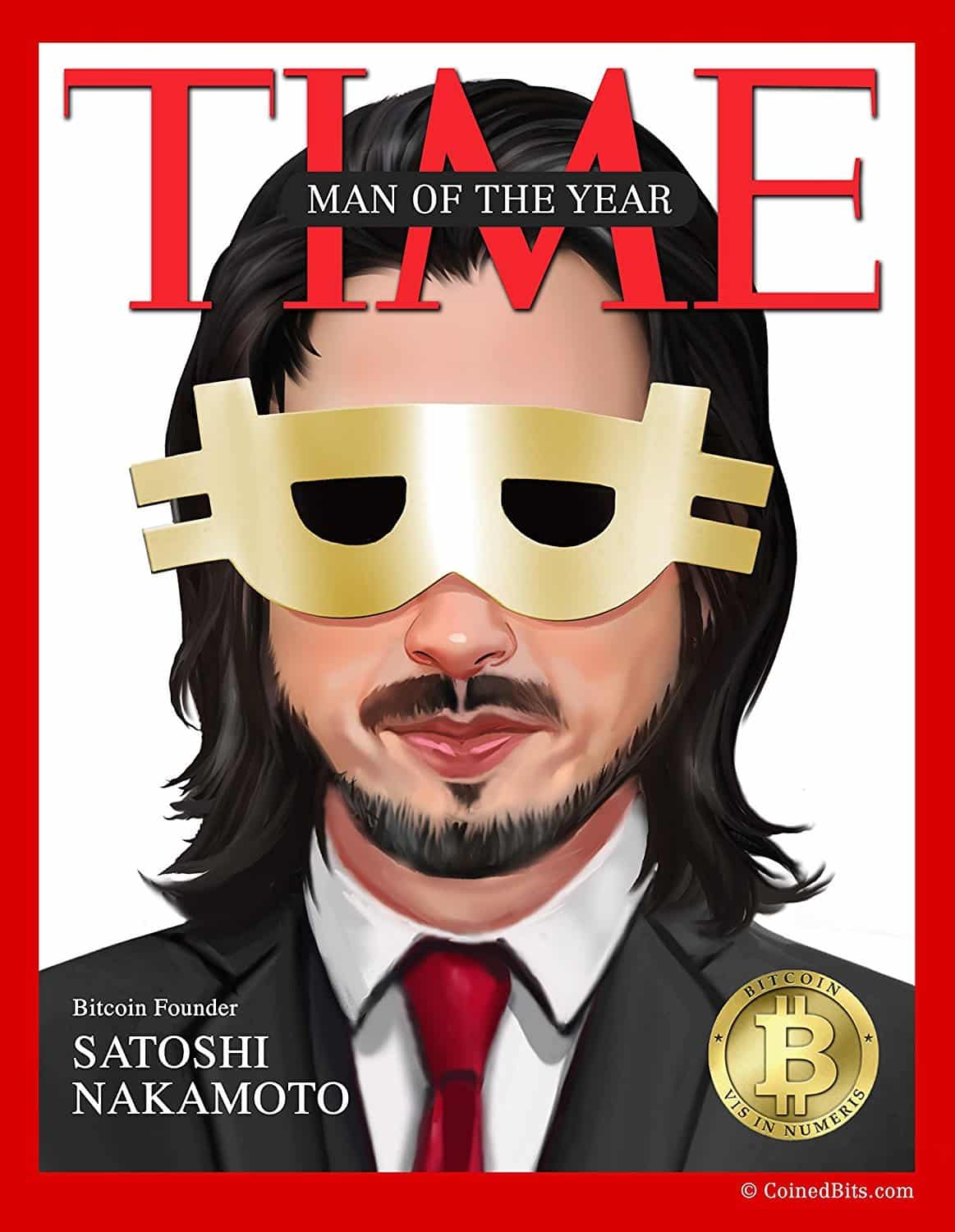 Bitcoin was first introduced in 2009 as the world’s first decentralized digital currency that works without a central repository or single administrator, and transactions take place between users directly through cryptography. Today, bitcoin is already widely accepted as a method of payment.

Satoshi invented Bitcoin as the first proper modern implementation of the Blockchain technology and in the process, was the first to solve the double spending problem for digital currency and thus a decentralized system was born. For starters, that’s a truly hard problem to solve in Computer Science and that is what caused previous digital currencies such as DigiCash to fail.

Miners are the backbone of the Bitcoin network. 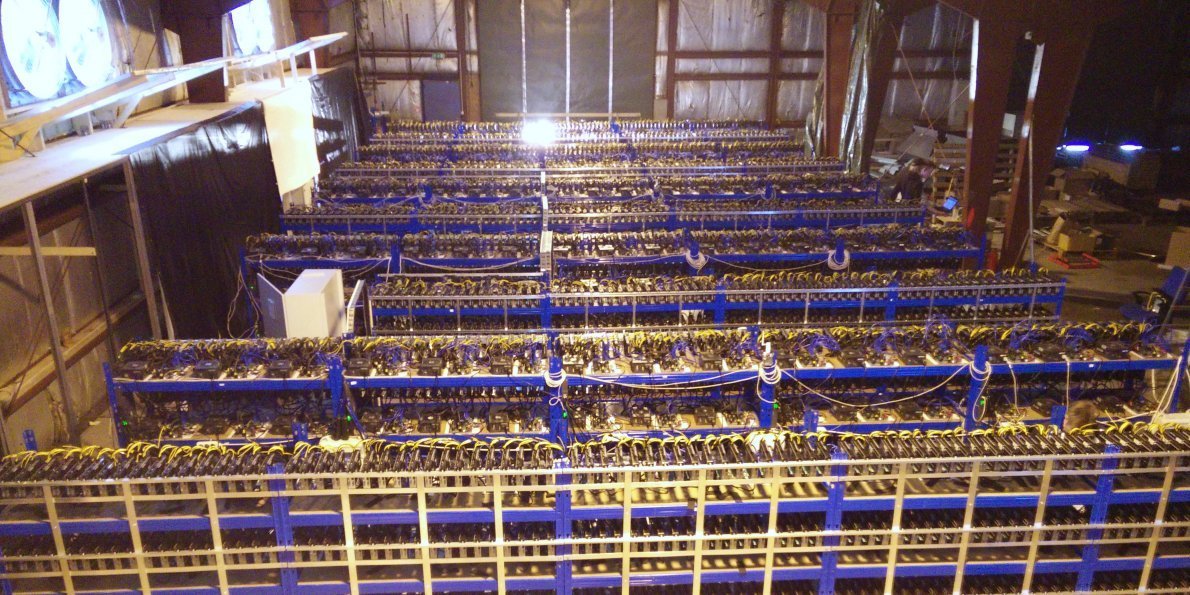 I’m sure you already heard the term Bitcoin mining, a process analogous to gold mining but it is actually a computer process by which transactions are verified and added to the public ledger, known as the block chain, and also the means through which new bitcoin are released.

Bitcoin mining is the backbone of the Bitcoin network. The role of miners is to secure the network and to process every Bitcoin transaction. Miners achieve this by solving a computational problem which allows them to chain together blocks of transactions (hence Bitcoin’s famous “blockchain”). For this service, miners are rewarded with newly-created Bitcoins and transaction fees.

Here’s a computer built to mine Bitcoins using 6 Video Cards. 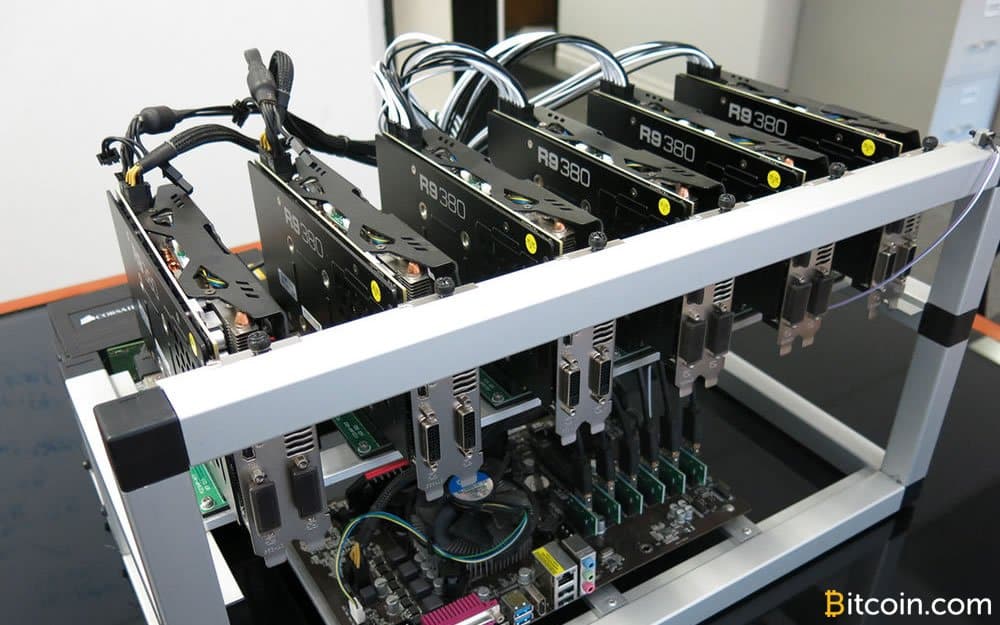 According to the Bitcoin protocol, a pre-defined amount of bitcoin is mined and released into the network every 10 mins. This amount is programmed to halve every 4 years. When Bitcoin started on January 3rd, 2009 the mining reward was 50 BTC which halved to 25 BTC after 4 years, which further halved to 12.5 BTC after another 4 years and remains the current amount at the moment. This will exponentially decrease, halving roughly every 4 years until 21 million bitcoins are released into the network.

If you recall your high-school math correctly, you’ll notice this is actually an infinite geometric series. And the property of such a series is that its sum is finite and converges to an actual value, which in this case is 21 million.

According to the Bitcoin protocol, the total amount of Bitcoin that will ever be in existence is 21 million and it should be reached by around the year 2140. Currently around 16.6 million bitcoins have been mined and 99% should be mined by around 2032.

Here’s how the Bitcoin economy works. 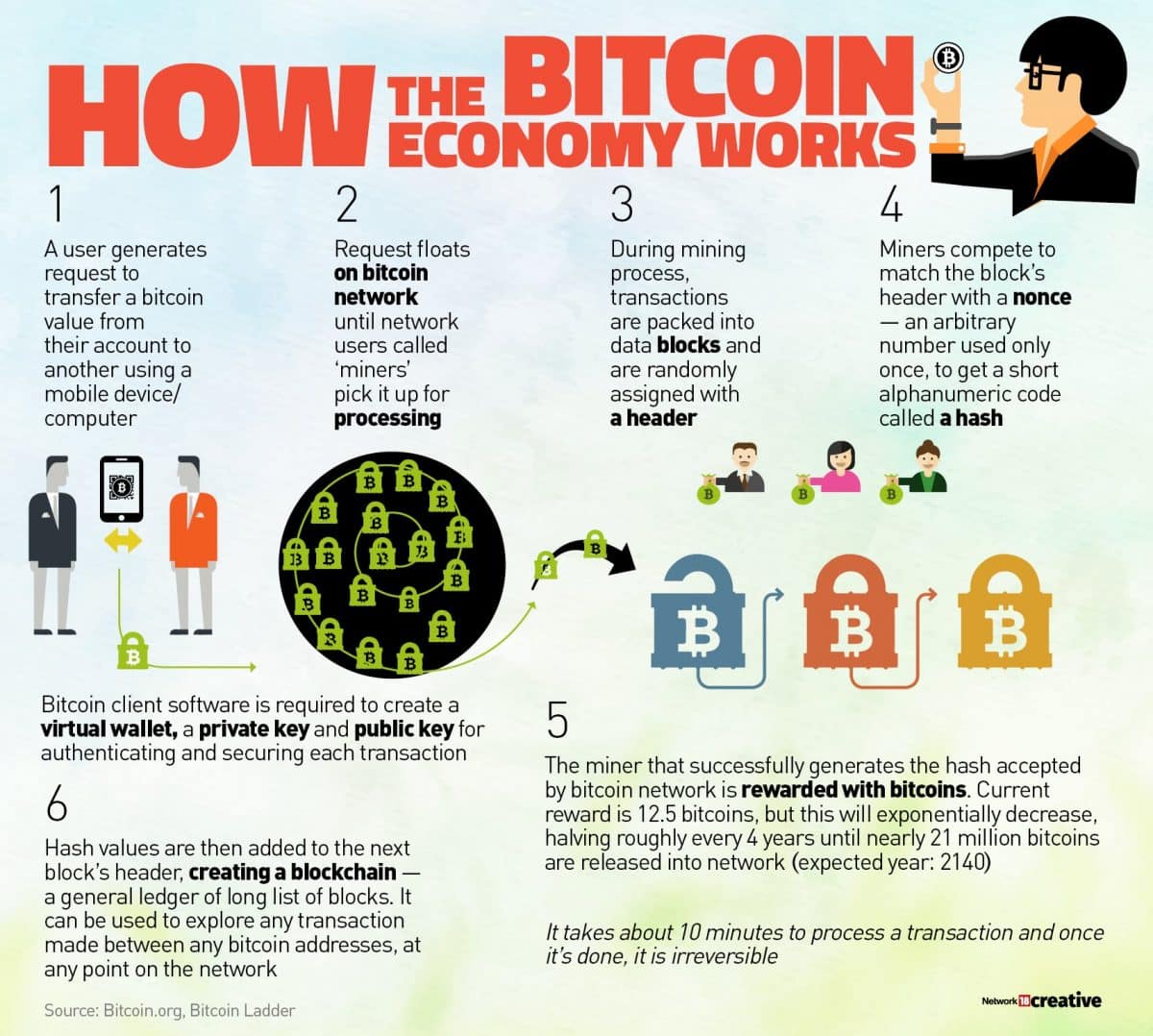 Bitcoin has the intrinsic properties of gold. Bitcoin is like gold in many ways. Like gold, Bitcoin cannot simply be created out of thin air. Gold must be mined out of the ground, and Bitcoin must be mined via digital means. Linked with this process is the stipulation set forth by Satoshi that, like gold, Bitcoin have a limited and finite supply. And there are only 21 million Bitcoins that can be mined in total.

By just using the basic ‘Supply and Demand’ curve that we’ve all learned in economics, the price of bitcoin should theoretically keep going up. With the rate of growth of Bitcoin that we are witnessing at the moment, a $1 million valuation per Bitcoin is not hard to imagine in the near future. Many are speculating that it could happen in the next 10–15 years.

So how will Satoshi become the world’s first trillionaire? 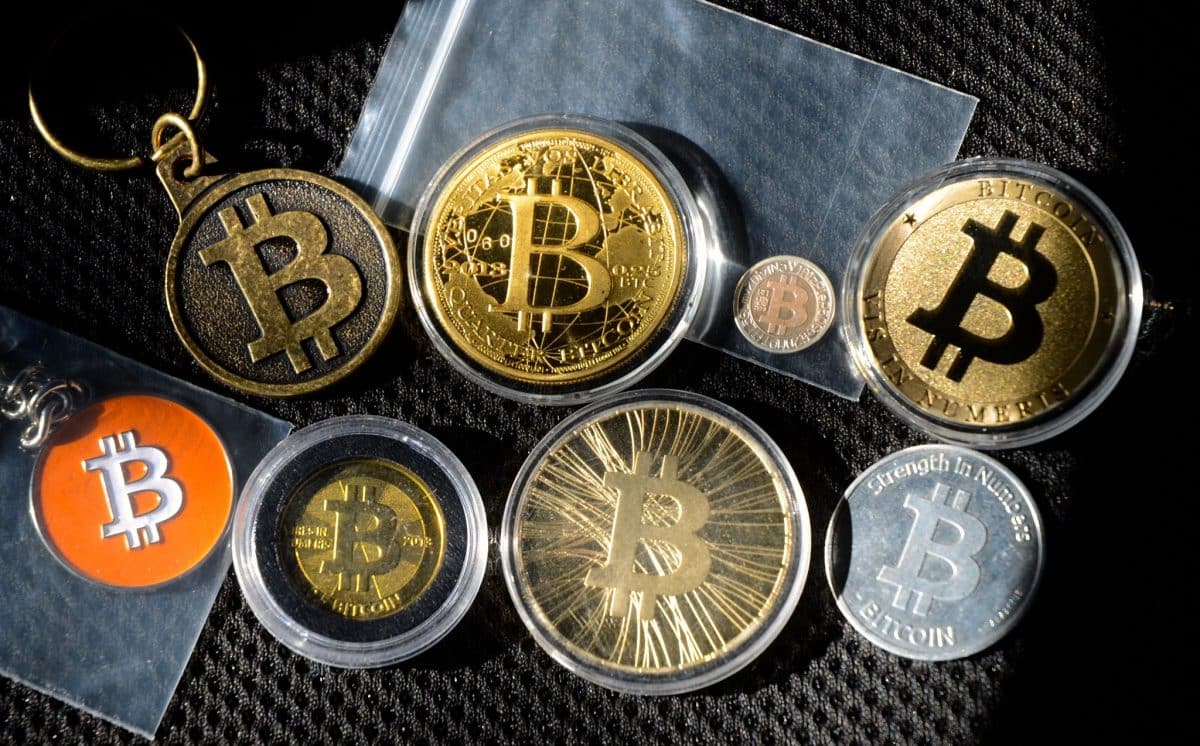 Now you might be wondering, how will Satoshi become a Trillionaire? What if I tell you Satoshi owns 1 million bitcoins that have been untouched and stored in multiple addresses to which only he knows the private key. That is similar to storing gold in multiple vaults to which only you have the key.

Apparently, Satoshi was the sole miner when Bitcoin started in 2009. 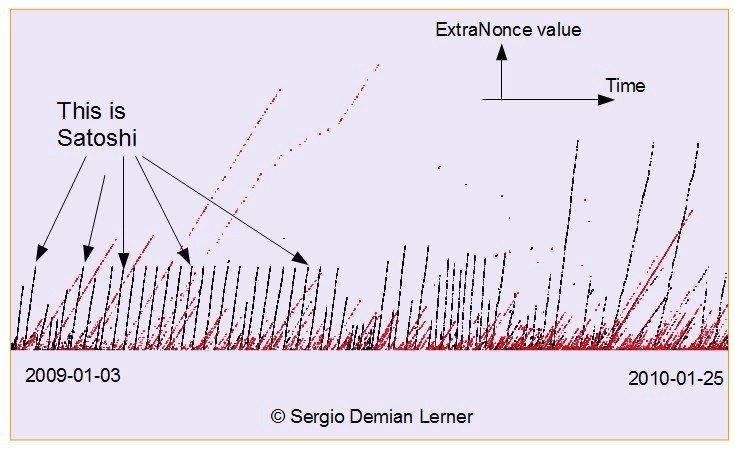 Yup, it’s true. He owns that much because he was the sole miner during the initial months of the Bitcoin System and owns all the addresses to which the system rewarded bitcoins.

A single computer solved most of the blocks during the early days of Bitcoin.

Unfortunately, the real identity of Satoshi Nakamato remains a mystery. The name Nakamoto happens to be a common name for a Japanese man. But since no one knows much about the person, he could also be a woman or a group. For all we know, Nakamoto could also be dead since no-one’s heard from the founder since his last email to former bitcoin developer Mike Hearn in 2011. What’s more bizarre is that even people who chatted with him through email and forum posts during the early days of Bitcoin do not know who he or she truly is. Satoshi had taken great care to keep his identity secret by employing the latest encryption and obfuscation methods in his communications. This factor adds to his mystery and the intrigue of Bitcoin.

Bitcoin’s growth these past two years has been so extraordinary that no prediction seems entirely impossible. And with every price jump, Satoshi’s possible fortune becomes more incredible — and more dangerous. Given the value of Bitcoin today, Nakamoto is currently the 52nd richest person, as per Forbes.

Nakamoto could be on his/her/its way to surpass Bill Gates. 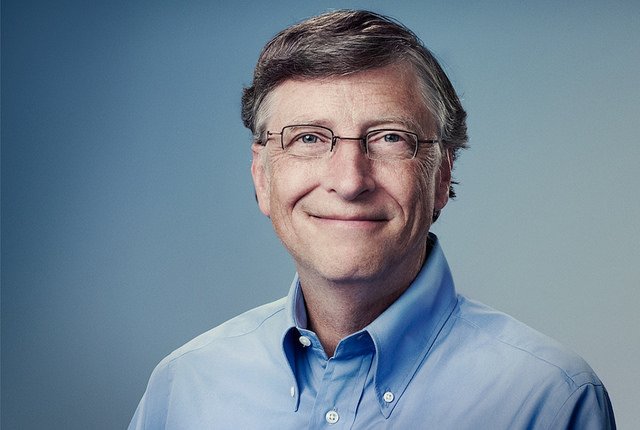 Microsoft founder Bill Gates has always been the one thought to be the world’s first person to have trillions of dollars. Experts have calculated that Gates would be that rich in 25 years. But now, it appears that Nakamoto is predicted to be that guy.

Nakamoto never spent his stash of 1 million Bitcoins. In his emails and participation in forums, it has been revealed that Nakamoto’s focus was on developing the cryptocurrency instead of talks of purchasing luxurious items. His last email was in April 2011 sent to Bitcoin developer Mike Hearn. No one has ever heard from Nakamoto since.

In 2016, Australian entrepreneur Craig Wright claimed to be Satoshi but this was not proven. There have already been theories and write-ups about Satoshi’s real identities but none have been conclusive. Different theories about this secretive guy arise each time — especially now that Bitcoin’s value has skyrocketed.’

Satoshi could become the next richest man but there’s a downside to it. Analysts agree that if he spends his fortune or if he sells his share of the Bitcoins, it could affect Bitcoin’s value significantly and could result in the downfall of the cryptocurrency. In other words, Satoshi cashing in could be extremely risky.