Brigitte Gabriel — a Christian who emigrated from Lebanon — is the president and founder of the group American Congress for Truth (ACT) for America. She is known for her tough stance against any Muslim who uses Islam as an excuse to commit terrorist acts. She is the author of Because They Hate: A Survivor of Islamic Terror Warns America.

Although Gabriel has been accused of being anti-Islam, she has repeatedly stated she recognizes there are peace-loving Muslims and they are the majority. However, she has also pointed out that there are those who have committed or attempted to commit terrorist acts.

Brigitte Gabriel was born in Lebanon to a Maronite Christian couple. 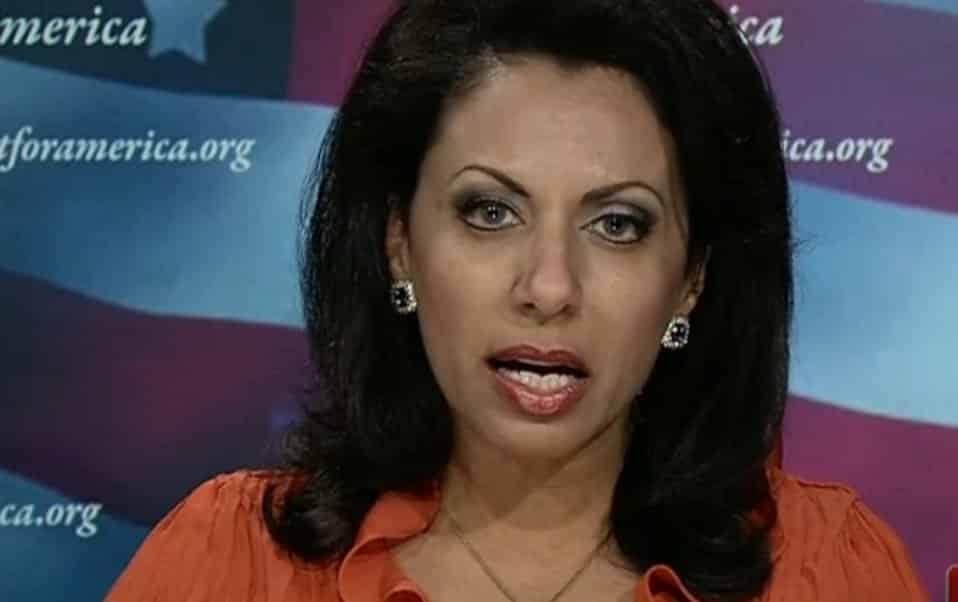 One of Gabriel’s most talked about speaking engagements happened on June 17, 2014. At that time, she was part of a four-person panel at the Benghazi Accountability Coalition hosted by the Heritage Foundation, which is tagged as “a conservative research think tank based in Washington DC.”

The Benghazi Accountability Coalition was spawned in the wake of the 2012 terrorist attack against two United States government facilities in Benghazi, Libya by members of the Islamic militant group Ansar al-Sharia.

At the 2014 event held at the Allison Auditorium in Washington DC, an American University law student named Saba Ahmed, who was Muslim, introduced herself and asked the following question.

Saba Ahmed pointed out that not all Muslims are “radicals.” 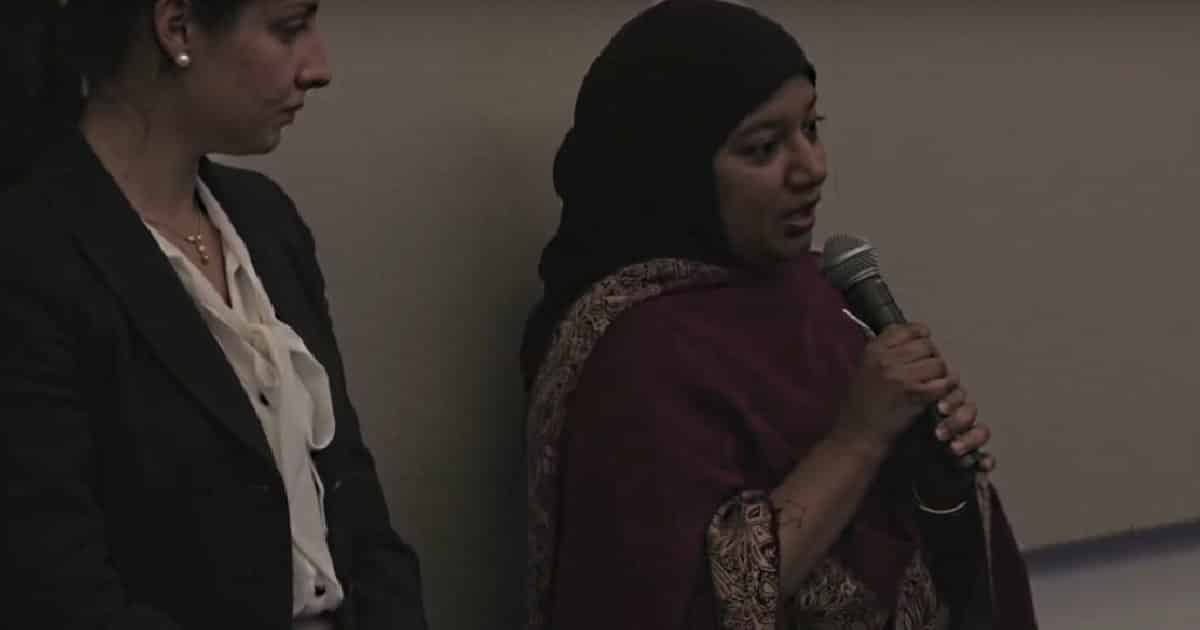 I know that we portray Islam and all Muslims as bad, but there [are] 1.8 billion Muslims followers of Islam. We have 8 million plus Muslim Americans in this country, and I don’t see them represented here. But my question is how can we fight an ideological war with weapons? How can we ever end this war? The jihadist ideology that you talk about — it’s an ideology. How can we ever end this thing if we don’t address it ideologically?”

Gabriel had a very detailed response to Ahmed’s question. We’ve provided the video and a transcription of her thought-provoking reply below.

What I find so amazing, is that since the beginning of this panel — we are here about the Benghazi attack on our people — not one person mentioned Muslims or [said that] we are here against Islam. We are here because four Americans died and what our government is doing.

We are not here to bash Muslims. You were the one who brought up the issue about ‘most Muslims’ — not us. But since you brought it up, allow me to elaborate with my answer.

There are 1.2 billion Muslims in the world today. Of course, not all of them are radicals. The majority of them are peaceful people. The radicals are estimated to be between 15 to 25% according to all intelligence services around the world.

That leaves 75% of [Muslims being] peaceful people. But when you look at 15-25% of the world’s Muslim population, you’re looking at 180 million to 300 million people dedicated to the destruction of Western civilization. That is as big as the United States. 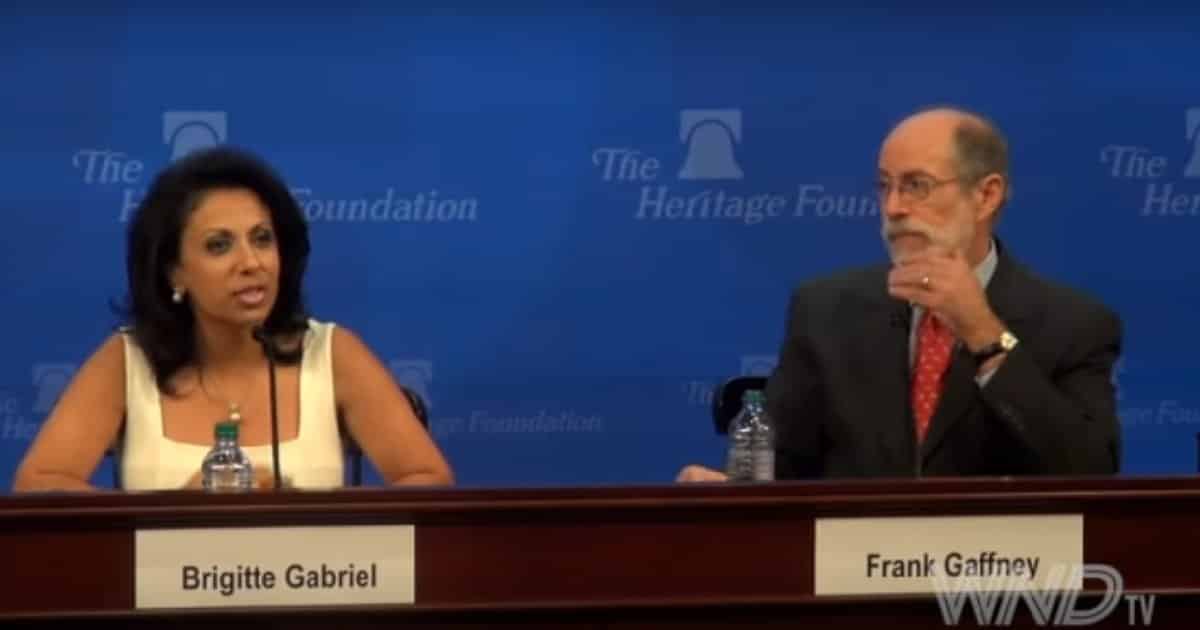 Gabriel continued her answer, citing examples from the history of other countries.

When you look throughout history, at the lessons of history, most Germans were peaceful. Yet the Nazis drove the agenda. And as a result, 60 million people died, almost 40 million in concentration camps. 6 million were Jews. The peaceful majority were irrelevant.

When you look at China for example, most Chinese were peaceful as well. Yet the Chinese were able to kill 70 million people. The peaceful majority were irrelevant.

When you look at Japan prior to World War II, most Japanese were peaceful people too. Yet, Japan was able to butcher its way across Southeast Asia, killing 12 million people, mostly killed by bayonets and shovels. The peaceful majority were irrelevant.

On September 11th [2001], we had 2.3 million Arab Muslims living in the United States. It took 19 hijackers — 19 radicals — to bring America to its knees, destroy the World Trade Center, attack the Pentagon and kill almost 3,000 Americans that day.

“So for all our power of reason, and for all us talking about moderate and peaceful Muslims, I’m glad you’re here. But where are the others speaking out?”

The people in attendance began to applaud.

Even her fellow panelists had their eyes on Gabriel.

Around 150 people who were in the auditorium applauded and gave Gabriel a standing ovation. When the applause died down a bit, Gabriel addressed Ahmed, saying,

“And since you are the only Muslim representative here, you took the limelight instead of speaking about why our government — I assume you’re an American [Ahmed responded yes.] As an American citizen, you sat in this room, and instead of asking a question about the four Americans that died [in Benghazi] and what our government is doing to correct the problem, you stood there to make a point about peaceful, moderate Muslims.”

“I wish you had brought ten with you so we could talk about how to hold our government responsible. It is time we take political correctness and throw it in the garbage where it belongs.”

Watch this, too: Muslim student Saba Ahmed also got applauded.

For her part, Ahmed stated,

“As a peaceful American Muslim, I’d like to think I’m not that irrelevant. I’m deeply saddened about the lives that were lost in Libya and I hope we will find justice for their families. But I don’t think this war can ever be won by just the military.”

Gabriel acknowledged the points that Ahmed raised. In fact, the audience also responded well to Ahmed.

The encounter between Gabriel and Ahmed shows us that we can all remain open-minded and respect other people’s opinions, even if they’re not necessarily compatible with our own sentiments.