It has been proven time and again that music is good for people. But did you know that angelic harmonies and ear-pleasing acoustics can also help heal sick people?

In fact, a nonprofit organization called “Musicians On-Call” used this as a foundation for their mission to provide the ill with a way to feel better mentally and emotionally. After all, healing starts in the mind. 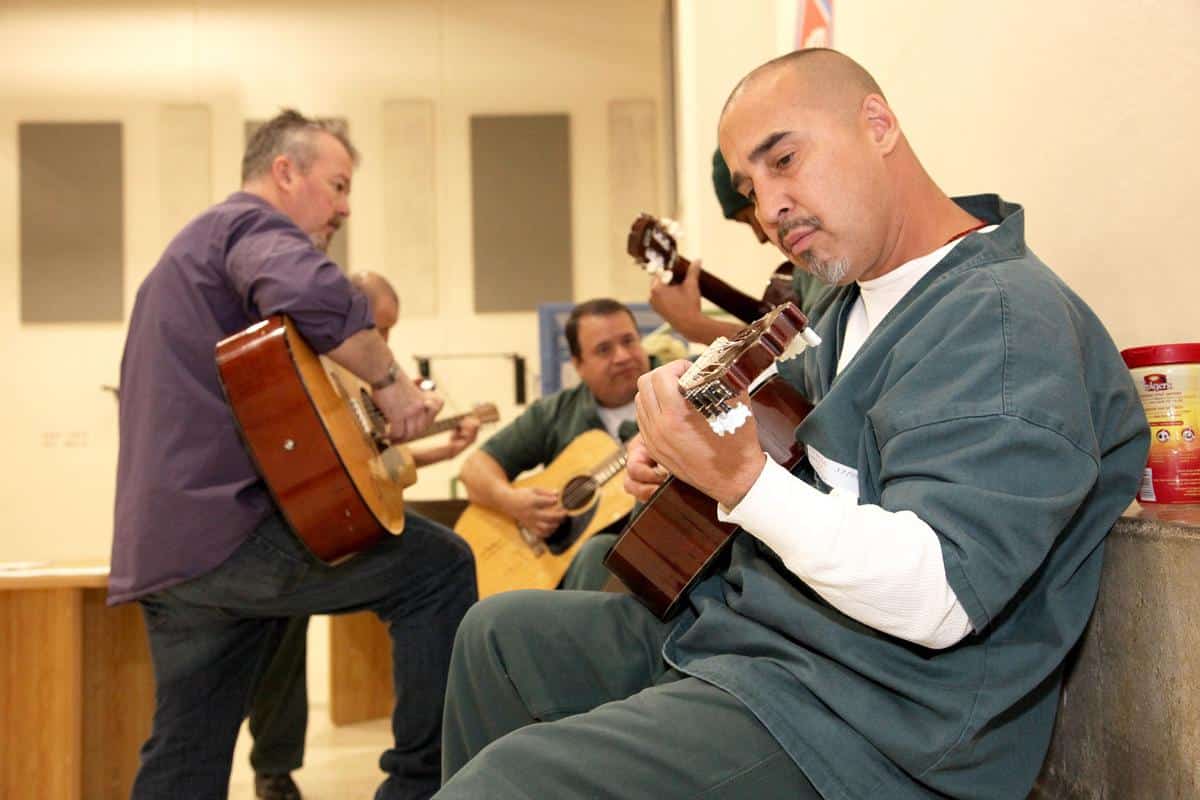 Source: Brad Kirby via The Chronicle

People who love music tend to be happier and healthier than most. This is because aside from being “good for the soul,” multiple studies have proven that music is good for one’s health as well.

One study published in 2016 revealed that reinforcing conventional treatment with music therapy helped improve the mental condition of people who have been imprisoned.

Inmates demonstrated boosted self-esteem that allowed them to function better as individuals. They also showed signs of improvement, particularly those with mental disorders like anxiety and depression. 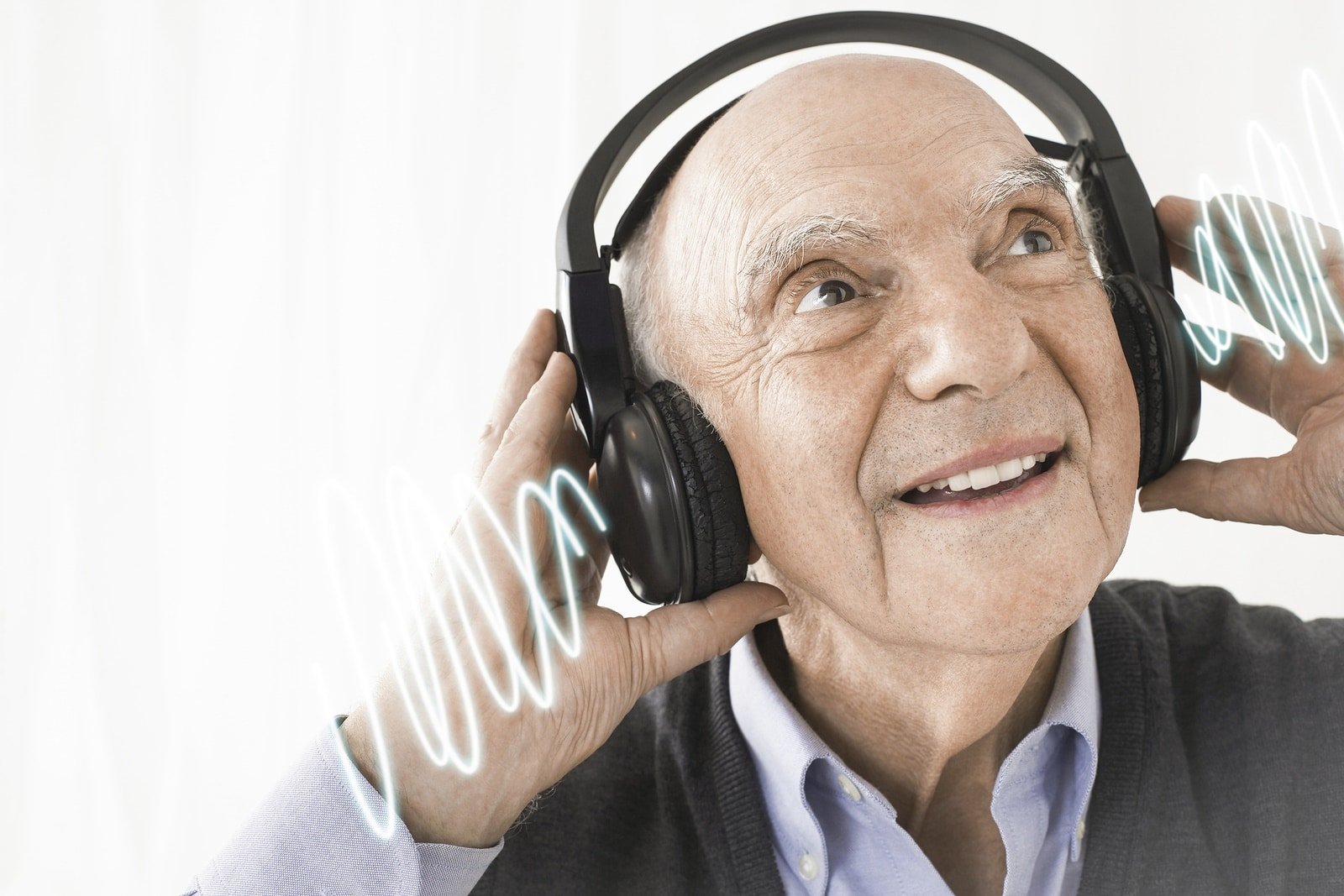 In 2017, a significant analysis of 34 studies conducted on older adults supported theories about the benefits of music therapy for those suffering from dementia. Based on the review, music can help alleviate disruptive behavior in the patients when combined with traditional treatment.

Musicians On Call provide private performances for patients who cannot attend their mini-concerts. 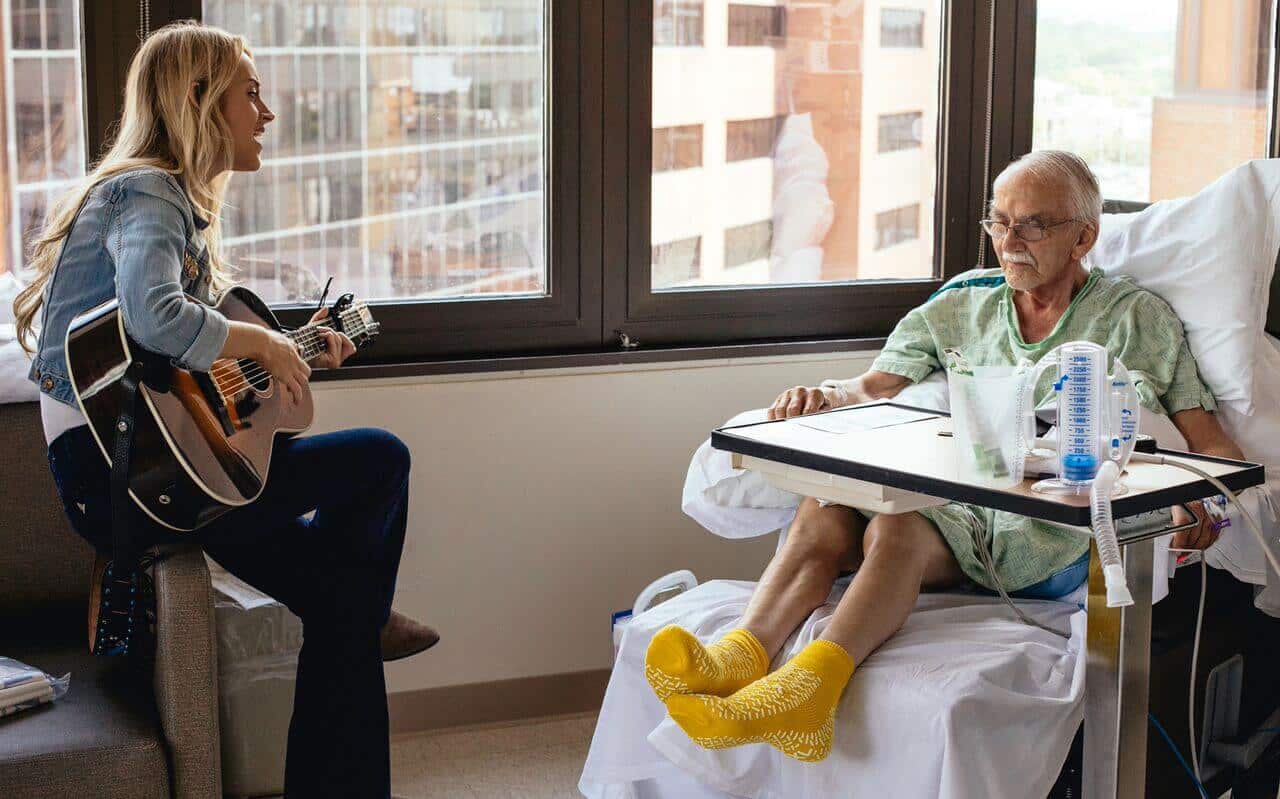 But even before its benefits were backed by science, Musicians On-Call have already seen the potential of music therapy. In fact, they have been using it for two decades to help the sick heal quicker than they would without it.

According to their official website, the organization’s founders, Vivek Tiwary and Michael Solomon, found that music had magical effects on the sick. In 1999, they started by organizing concerts in hospital common rooms to provide comfort for the patients at the Memorial Sloan-Kettering Cancer Center.

Keith Urban is another celeb artist involved in Musician On Call. 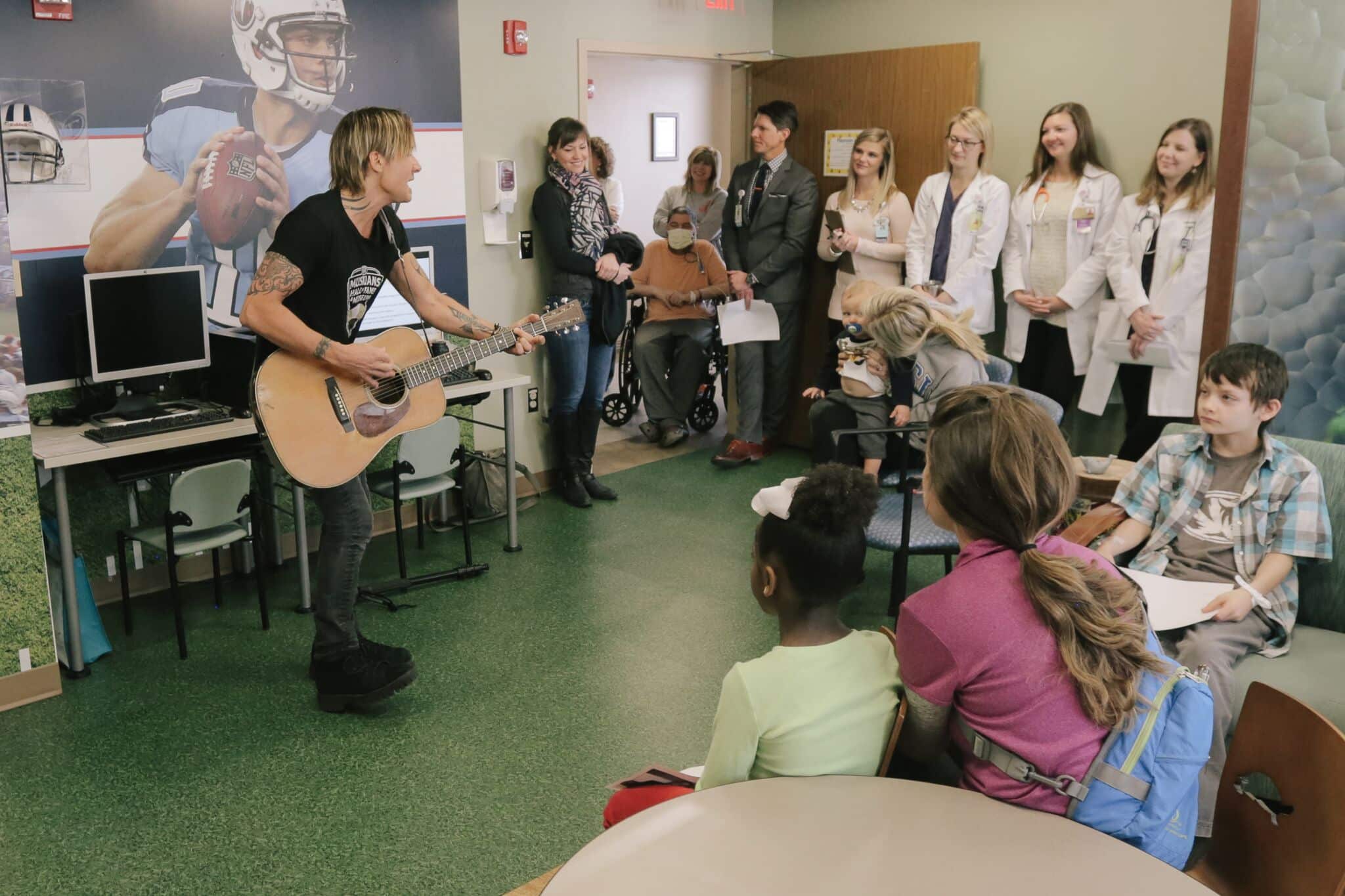 At the time, they heard nurses whisper their disappointment that some patients were too weak or too sick to witness the performances. Because of this, they decided to bring the music directly to hospital rooms so that even those who cannot attend concerts can benefit from their project.

From there, they are now conducting regular Bedside Performance Programs involving musicians from all over the country. As much as half a million patients were serenaded in 80 different hospitals across the United States. They even got to bring music to patients with the help of 55 celebrities, including renowned artists like American Idol alumnae Kelly Clarkson. 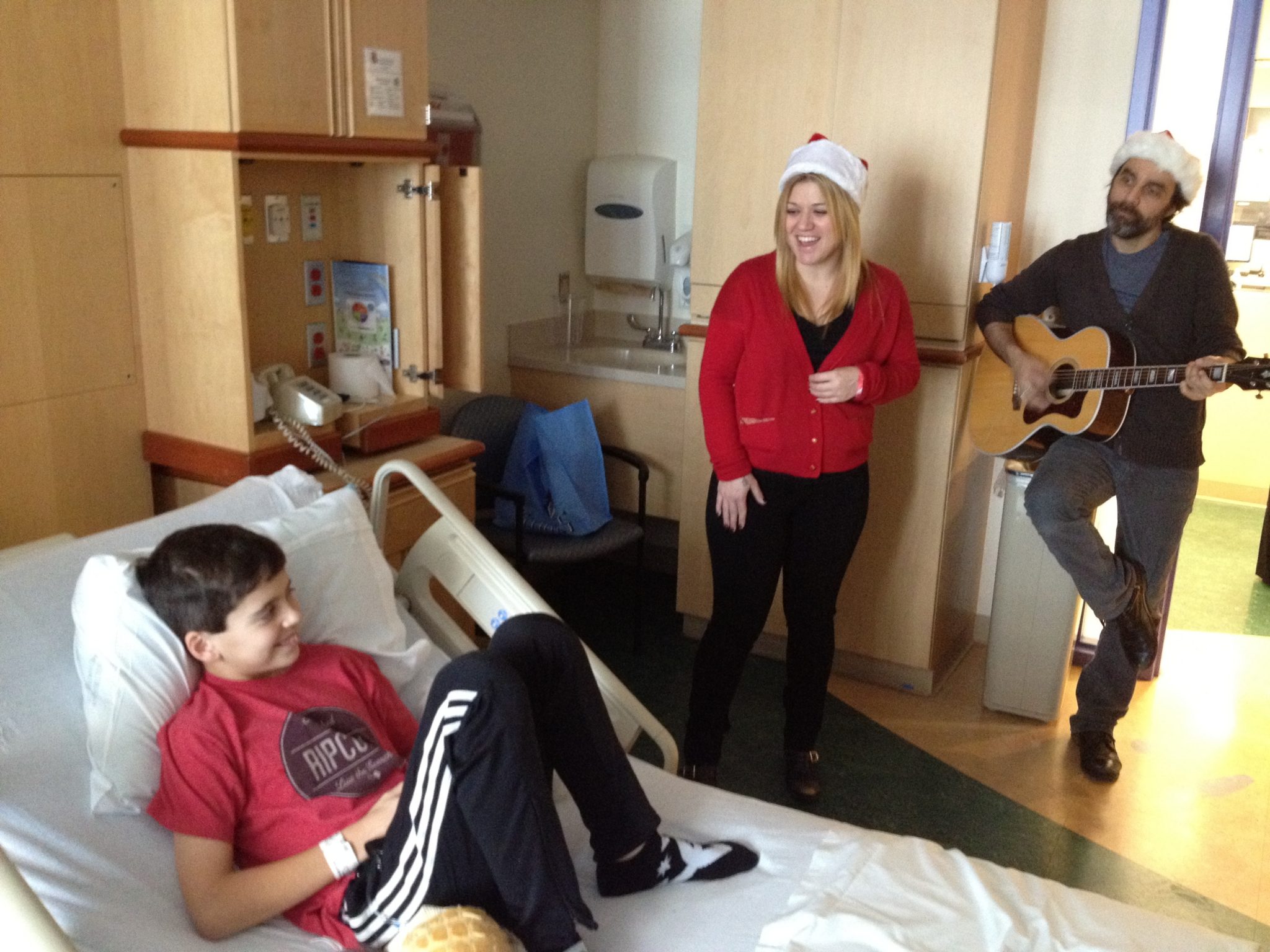 In an interview, the singer expressed her happiness at being part of a worthy musical cause. She said:

“Being involved with Musicians On Call has been one of the most rewarding experiences of my career. It is healing for us all and I can’t wait to do it again!”

You can make change happen by volunteering as a Musician On Call here.