A Polish man who identifies himself simply as “Pawel O” on his YouTube channel recently drove his motorcycle through London. To record his journey, he had his helmet camera on. As Pawel O cruised through Horsenden Lane North in Greenford, Greater London, he stopped because vehicles were caught in a gridlock.

After waiting for around 10 minutes on the road, Pawel O decided to see for himself what was causing the gridlock. Much to his shock, he saw a woman sitting in the middle of the road.

The kind-hearted motorcyclist was torn when he saw the woman.

Pawel O wondered out loud why nobody had approached the woman. He got off his motorcycle and then went to where she was.

The woman, whose face was initially not seen because she was sort of slumped over, wasn’t moving. Pawel O tried to get her attention by saying, “Hello! Excuse me. Are you alright? Are you OK?”

At this point, another man came over to help. He tried to move the woman, but Pawel O advised against it because he feared that she was injured. When he determined that the woman was breathing, it was then that he made her face up. That was when he saw that the woman had a piece of cord tied around her neck.

The woman was clearly in distress. 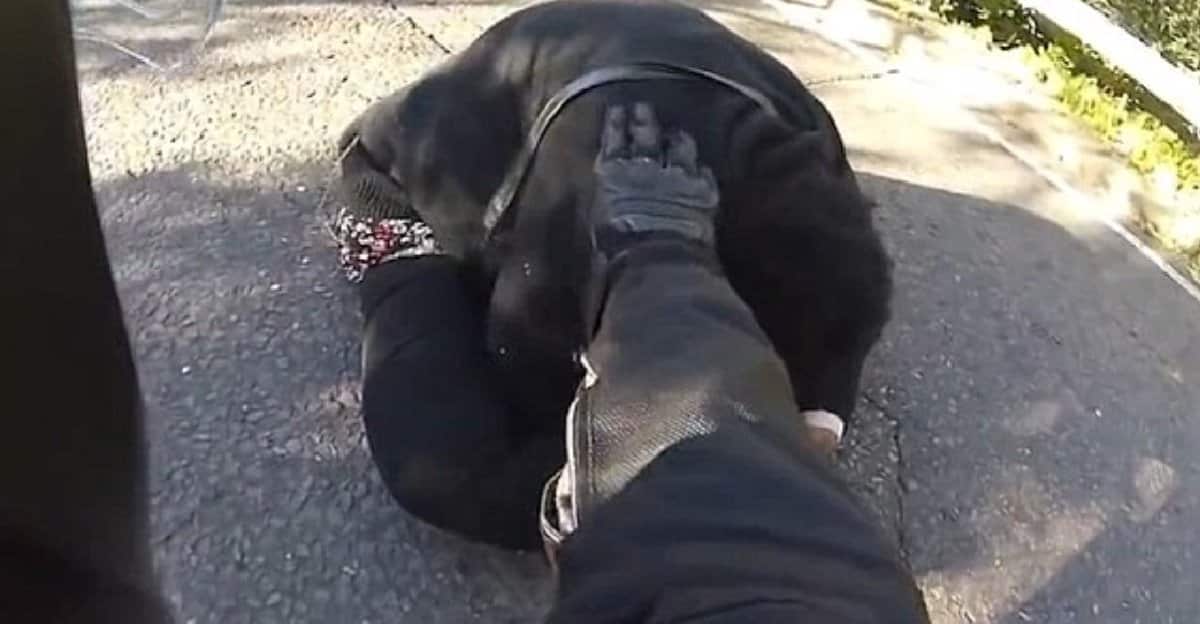 Pawel O and the other man hurriedly got the cord off the woman’s neck. The woman then let out an agonized sigh and said, “Let me die.” Pawel O and the others who had come to finally help her comforted her, telling her that she should not wish to die.

One guy did the right thing.

Later on, those who viewed Pawel O’s video remarked that the other drivers on the road had demonstrated the “bystander effect.” The term refers to the situation wherein people do not offer any means of help to a person in trouble when other people are present. This is because they think that there will be others who will make the move.

Fortunately, Pawel O did what was necessary to help the woman in distress.