With all the scary news we’ve been hearing, we, as parents, should make it our top priority to protect our children to the best of our abilities. We are indeed living in scary times and there are some really terrible people out there who would not think twice about victimizing our precious kids.

Recently, we heard this report about this alarmed mother who found out that a pedophile has been contacting and grooming her young daughter for his sexual satisfaction.

This mom, who lives in Florida and requested to remain unnamed, said her daughter received messages from a pedophile asking her to remove her shirt and bra.

Her daughter, who is merely 10 years of age, initially thought he was asking for selfies but the man eventually clarified “I really want some other kinds of pics. Like you’ll be in it…but not just your face.”

The messages came from a man who goes by the name Daniel Foreal. 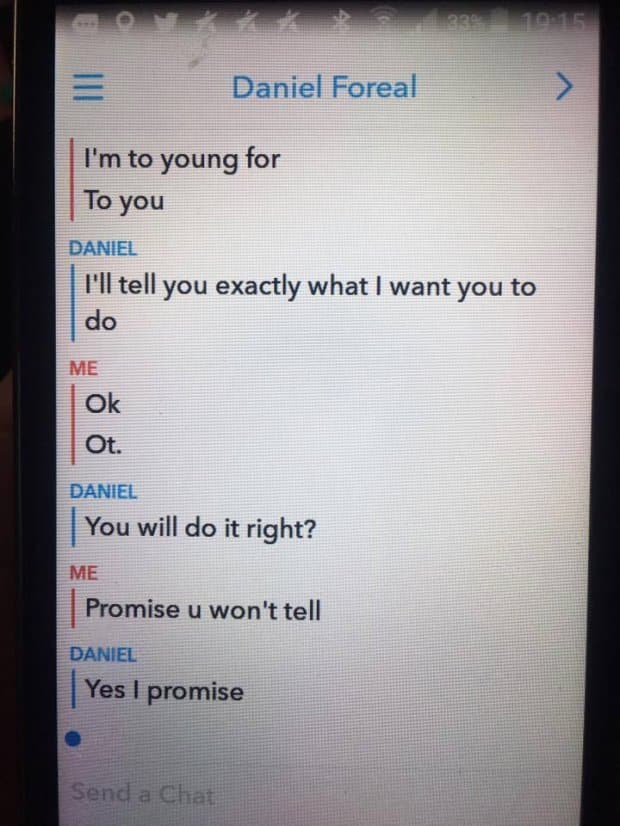 According to a Metro report, it is “not known if this is his real name and could not be independently verified.”

The girl told him her age and that she wouldn’t do such a thing but he was persistent and assured her that “it will be our secret.”

The shocked mother eventually discovered it and she posed as her daughter to exchange more messages with the pedophile. 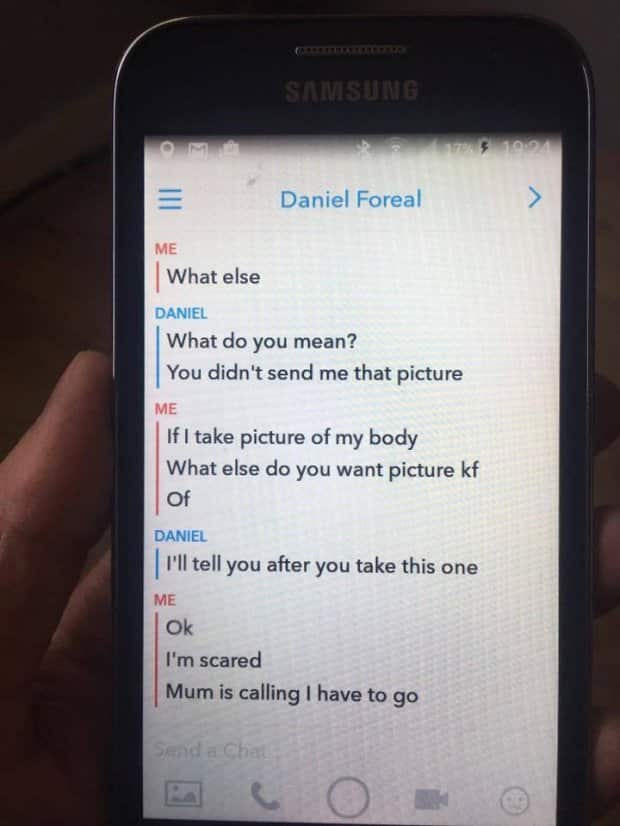 “I was horrified and I know my daughter will not have been the only one he has targeted.

“My daughter is really mature for her age and she knows to tell me if someone has contacted her.

“She has Facebook and other social media, because all her friends do and they play games together. We make sure that it is all on lockdown and if someone adds her, she tells me.”

She hopes by sharing the message, parents will be warned about the same danger. 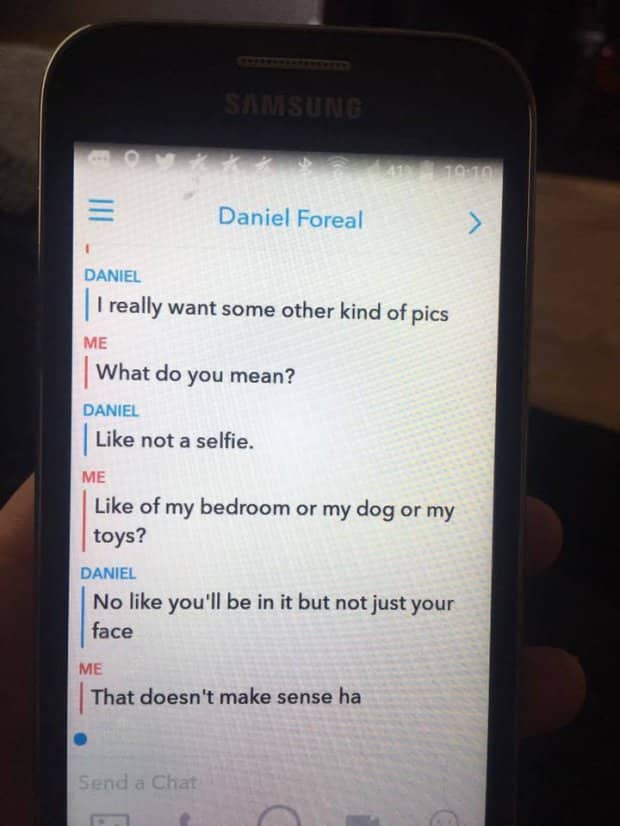 “I made this public to show what these people say to young girls and to make sure that “Daniel” does not do this to anyone else’s child. I check my daughter’s social media but some parents might not know who their child is speaking to.”

So she took it upon herself to post the screenshots along with the man’s social media profile and photo. 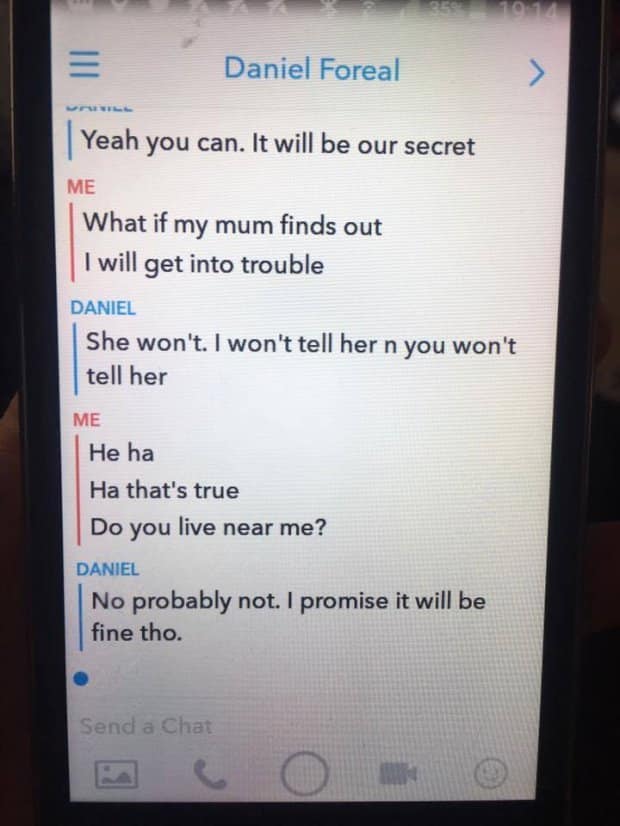 “So this dirty bastard thinks it is OK to message young girls asking for dirty pictures! NOT ON MY F**kIN WATCH! wrong momma to f**k with… sent a message to alllllll your friends list, the local sheriff in Florida, added to the Florida selling groups! I hope you get hung, drawn & f**kin quarted!

“Anybody wishing to message or add on Snapchat go right ahead, please share… I know he is in Florida but horrible dirty scum bag!

“BTW this is me messaging him pretending to be my girl.”

The mother has since reported the incident to the authorities and has filed a report to the Child Exploitation & Online Protection center.

We surely hope this horrible human being gets arrested soon!