Raising boys is never easy. It is especially difficult for mothers who may have a hard time talking about puberty with their kids. Luckily, one mom decided to share her story about dealing with growing pains. She awesomely described how her tween son’s brain would work during puberty.

It all started when an anonymous mother asked for advice on Quora on how to deal with her 11-year-old son. Although several people answered with great tips, it was the response from Jo Eberhardt that proved to be an eye-opener for anyone with tween sons dealing with puberty.

Is your tween son going through puberty? You might want to read this. 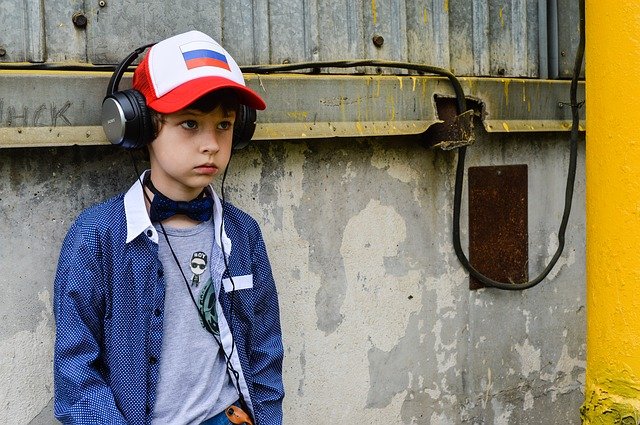 “How do I tell my wonderful 11-year-old son, (in a way that won’t tear him down), that the way he has started talking to me (disrespectfully) makes me not want to be around him (I’ve already told him the bad attitude is unacceptable)?”

Eberhardt, who is a writer and mother of two, immediately pointed out that the child was going through puberty. She revealed that she also had a young son of the same age and had already spoken to the tween about the situation.

“My first son is eleven and a half right now. (I’ve been informed that the half is important.) I don’t claim to know the best way to talk to your son about this — I’m only an expert on my own children — but I can tell you what I said to my son, and you can take from it anything that you feel is helpful.”

Eberhardt shared her conversation with her own tween son. Interestingly, it involves sabre tooth tigers and an awesome way to describe a young boy’s brain. 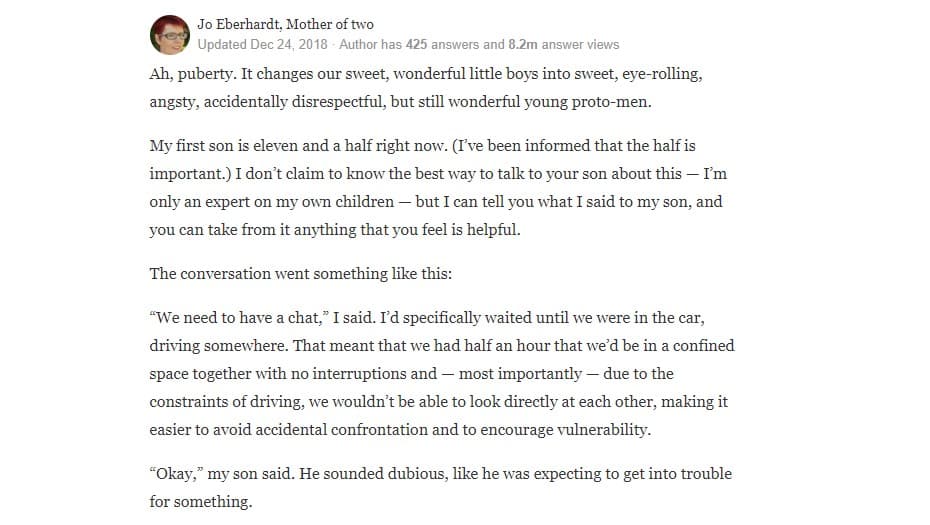 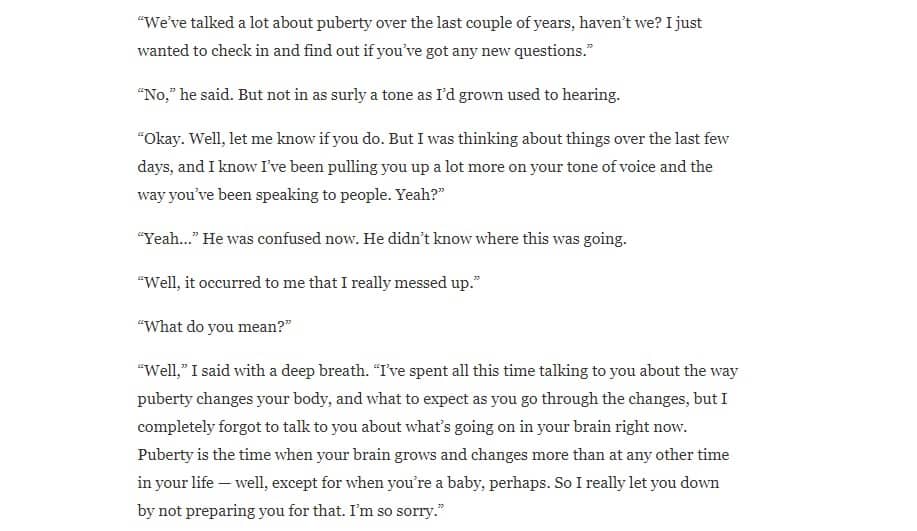 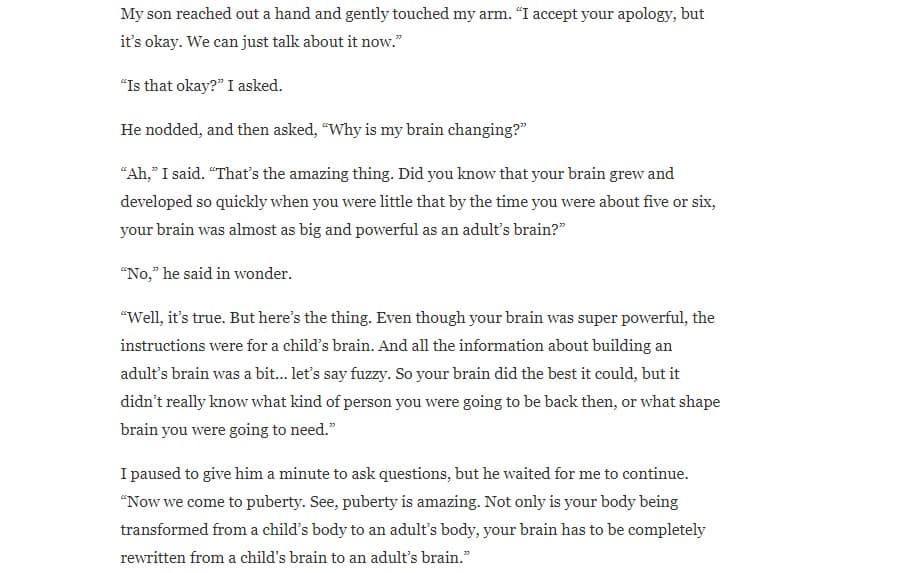 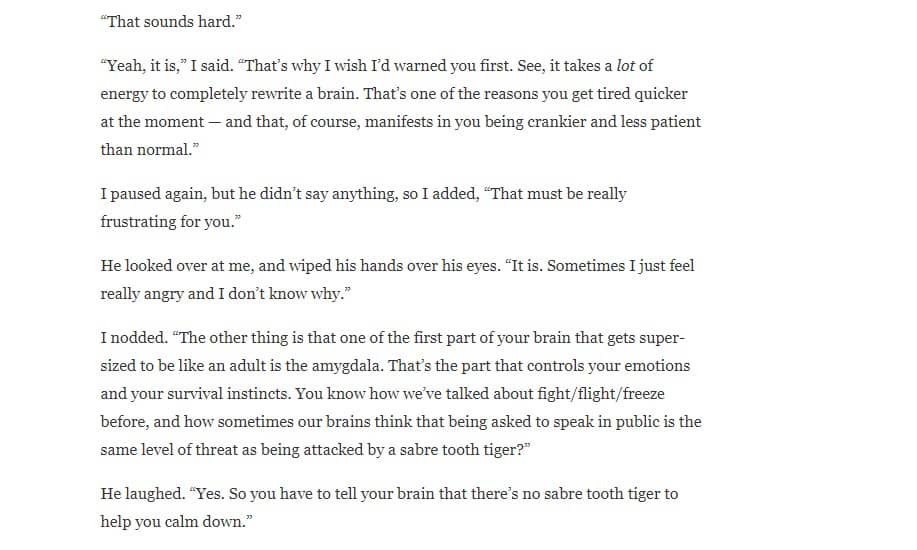 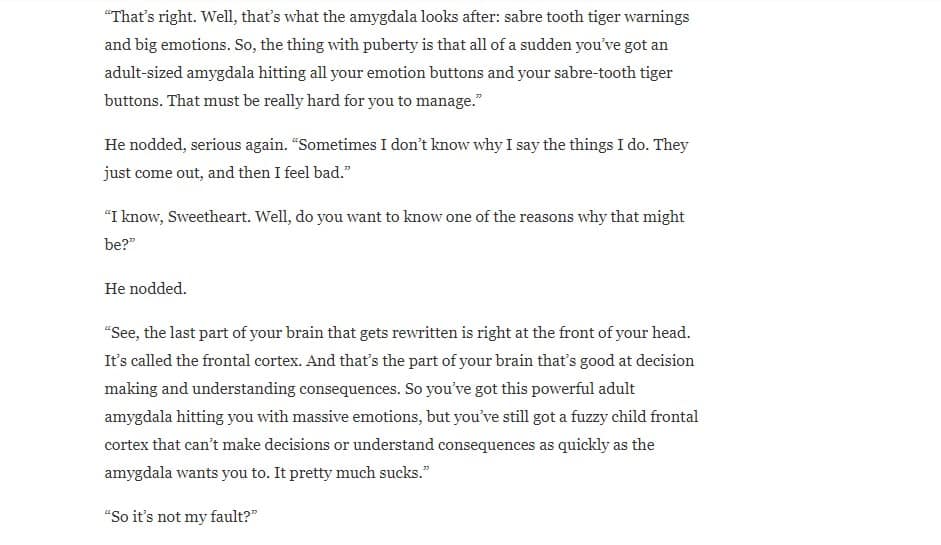 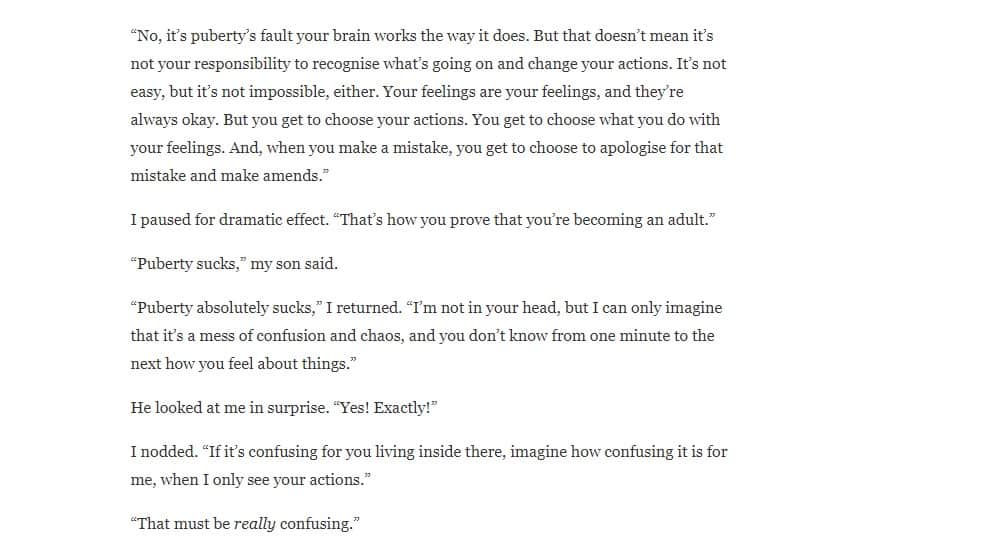 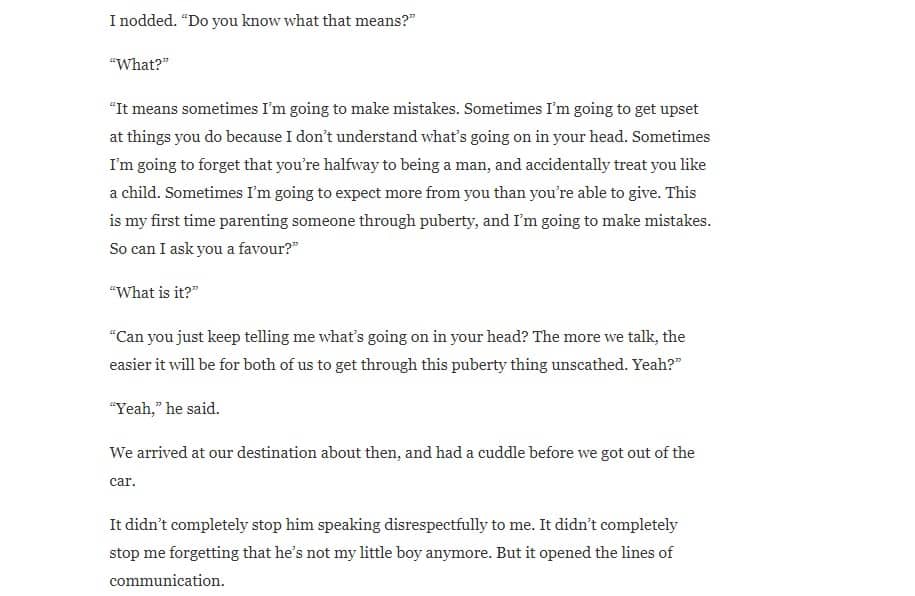 What do you think of Eberhardt’s description of a boy’s brain during puberty? Let us know in the comments below.