Being pregnant and undergoing the labor process may seem like a normal event for women. What people do not know is that such situations call for intricate attention as much as other serious medical conditions.

Doug and Melanie Pritchard can attest to this because Melanie almost died after delivering their daughter, Gabriella.

Melanie was then into labor, when she suddenly had convulsions. Doctors came to the rescue, but then the cardiac monitor soon showed a flat line, indicating that Melanie has no heart beat already. Turns out, Melanie had an amniotic fluid embolism. She was able to deliver her baby via C-section, but her condition only got worse.

The medical team announced Code Blue because she was clinically dead at that point.

“My wife was clinically dead when they delivered my daughter,” says Doug.

Doug went on an emotional rollercoaster, especially when the doctors asked the family to say their last goodbyes to Melanie. At that time, becoming a widower after three years of marriage was what prevailed inside his head.

When Doug had the chance to talk with Melanie, he asked her to fight whatever fight she had left within her.

Mom dies after delivery, came back to life 24 hours after of death declaration. 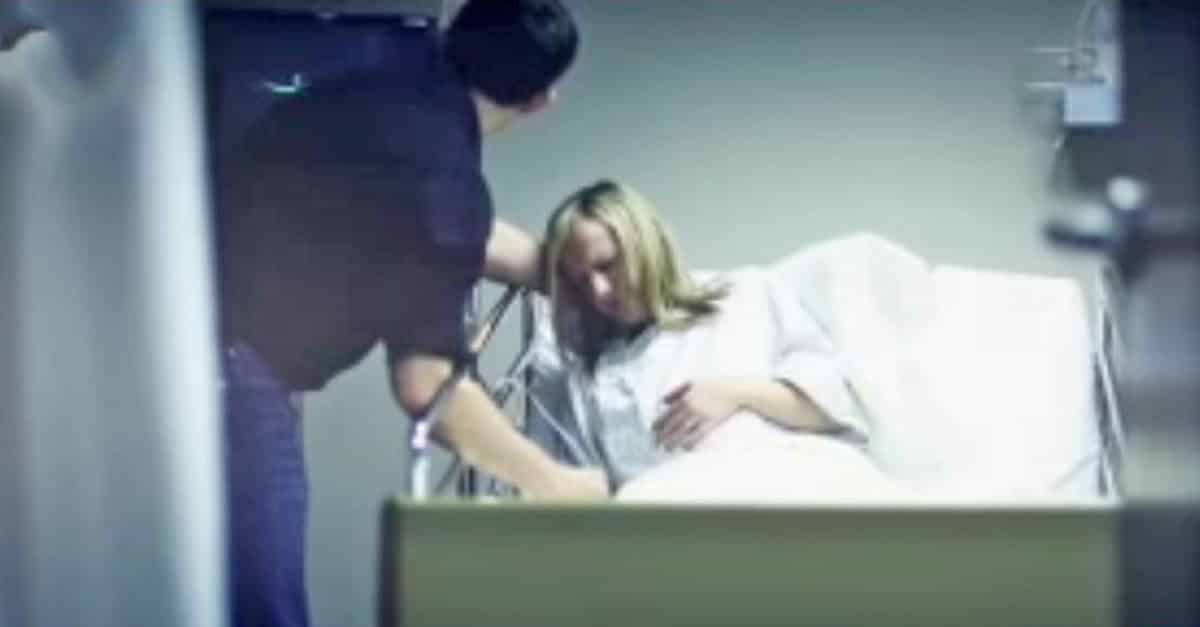 Eventually, the doctors were able to revive her. Melanie’s brother who is a cardio thoracic surgeon, then went to the hospital and reviewed his sister’s case. He found that Melanie’s critical condition is caused by an internal bleeding after her emergency C-section delivery. She was rushed to the operating room again, where doctors were able to obtain five liters of blood in her stomach! For comparison, an average-weight human adult has a total of five liters of blood throughout the entire body.

Less than 24 hours after the operation, Melanie finally woke up. She kept on asking about what had happened because she cannot recall every thing that occurred. Doug showed a picture of their newborn baby, who miraculously survived.

Despite this, the doctors still told the family that Melanie still needs a heart or lung transplant and that she will most likey suffer from neurological impairments once she wakes up completely. But hours later, Melanie started breathing on her own and did not need any medicines. After a week, she was discharged from the hospital without any complications.

“Her recovery’s a miracle. Her survival was a miracle,” says Doug. “I think it’s very clear that God answers prayers.”

The entire event was a great spiritual experience for their family and circle of friends. Doug recalled their family and friends coming to the hospital so they could pray together. They would post Facebook and Twitter updates, which reached Christian communities all around the world. At that time, everyone was praying for Melanie.