We’ve featured lots of fake products available in the market today. Fake rice, chocolate drink and all other edible stuff that reckless people make just to make money. The most shocking fake stuff featured are those that are edible because these are the food we eat — we put it inside our bodies for nutrition and health yet these may be the very reasons that can kill us.

It seems like people can fake everything because we found yet another consumer product that is being faked for we don’t know how many years now — condoms.

Fake condoms were made in a makeshift workshop in Shanghai. 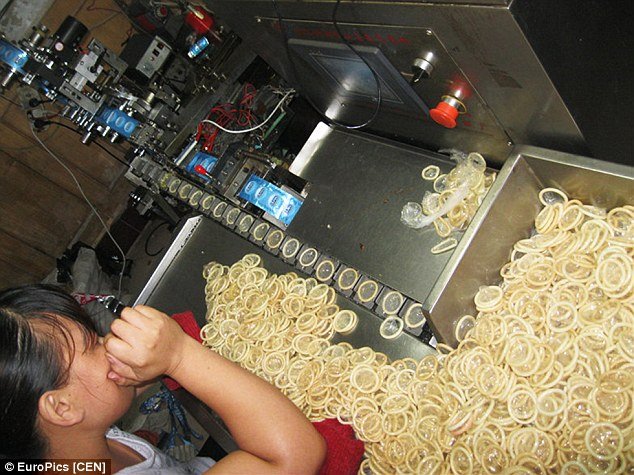 Police forces in China were able to confiscate 3 million fake condoms in multiple factories in Shanghai and Henan province. The cops busted dozens of workers who are busy on a production line, lubricating the condoms in a dimly lit room. The floor was piled high with the contraceptives, and according to police, the stench of the cheap oil lubricants was nauseating. 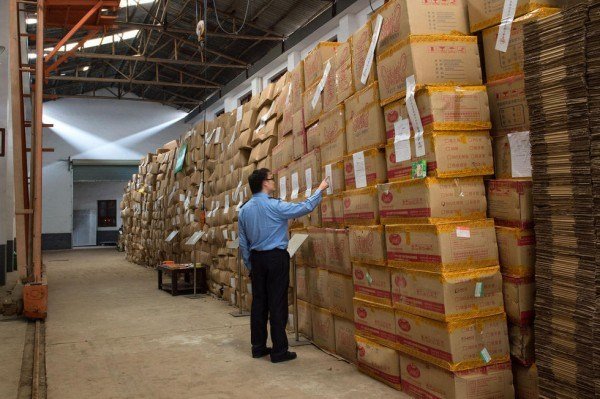 It is believed that these condoms were exported all over the world, including in Italy, where customs officials were able to detect a huge shipment of the counterfeit products. Although this may have happen a few months before, the reports have just come in recently and we think it is still worth sharing for everyone’s safety.

A total of three million condoms, thought to be worth £1.3 million, were seized by police. 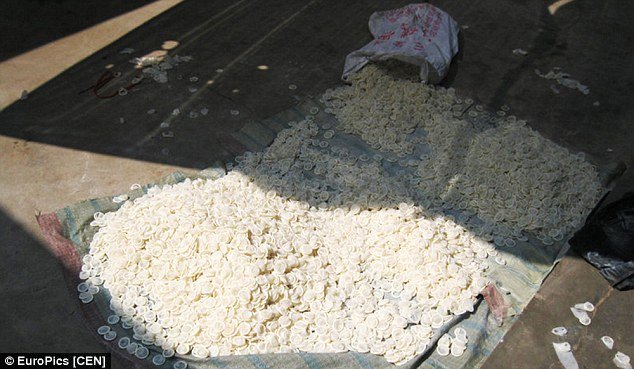 The fake condoms are almost the same as the legit ones but for people who were able to see the package insert, they can tell that something is not right because the standard of production indicated was that of 1999’s when current protocols must follow standards set from 2004 onwards. 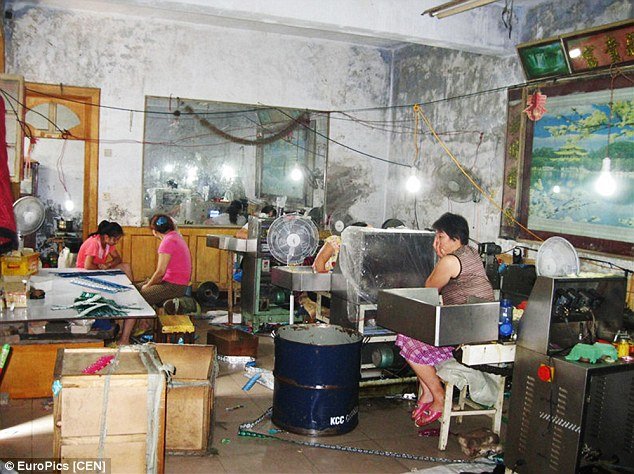 “We don’t know where the rubber comes from. Produced in underground factories, such condoms, with fragile rubber and poor flexibility, may lead to accidental pregnancies and bacterial infections,” says a medical doctor from Guangzhou. “We found consumers were unaware of how to distinguish these condoms.”

Wondering how a condom can be faked? Well, insiders say the manufacturers of the counterfeit products buy surplus supplies from the legit factories at a very low cost. They then enhance it with cheap silicon oil and pack them as if it were legit before they distribute it to wholesalers and retailers.

Lab tests reveals the counterfeit condoms contained toxic metals and unsafe to use. 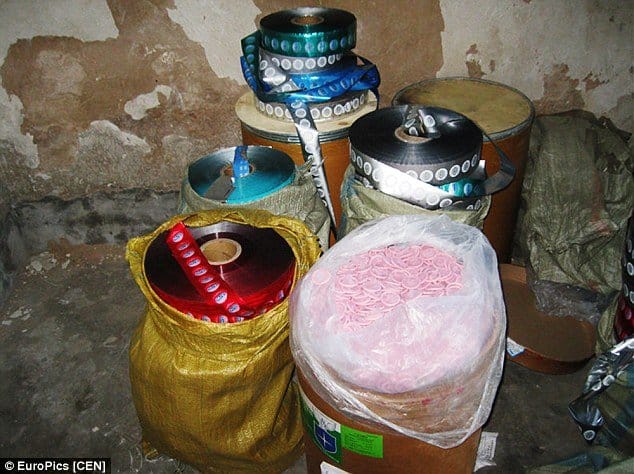 What’s more shocking is that some reports say that aside from surplus stocks, people also collate expired condoms and use them as their “raw” materials.

The fakes were packaged as popular brands like Durex in the sophisticated operation. 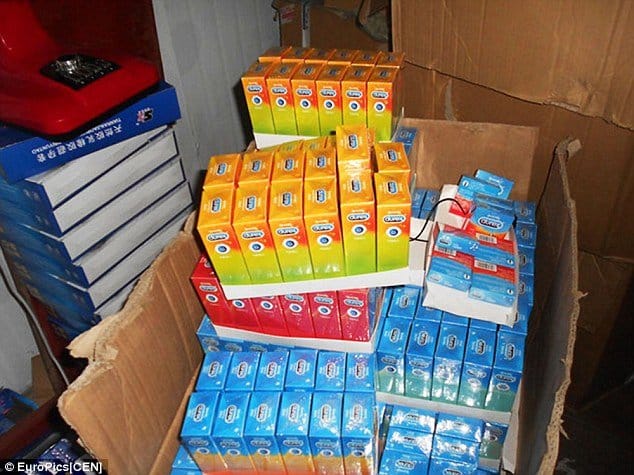 This disgusting process is indeed unfathomable as laboratory testing revealed that the condoms were made up of harmful chemicals and that they were not adequately sterilized. This is alarming because China is said to produce 10 billion condoms per year, comprising 25 percent of the total supplies in the world.

The police believed that the condoms produced in those workshops were exported all over the world, mostly sold on the internet, and through small vendors, supermarkets, pharmacies and rural stores.

The Guardian previously reported that Ghana was facing a major public health issue after condoms supplied to the country’s health service were found to contain holes and easily burst. The one million condoms, carrying the brand name “Be Safe” were all imported from China. 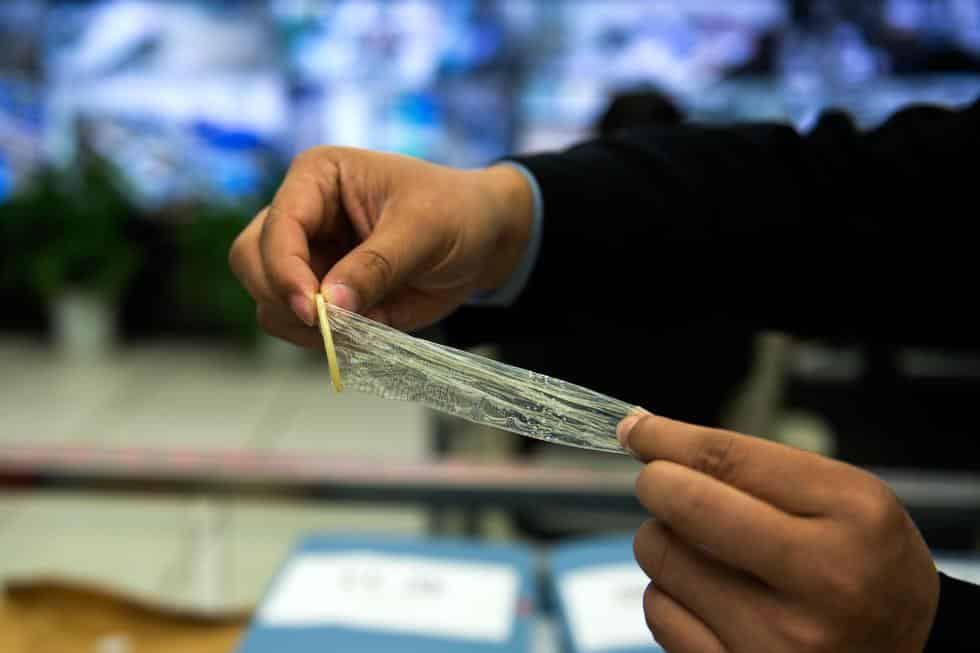 “When we tested those condoms, we found that they are poor quality, can burst in the course of sexual activity, and have holes which expose the users to unwanted pregnancy and sexually transmitted disease,” Thomas Amedzra, head of drug enforcement at the Ghanaian Food and Drug Authority (FDA) told the Guardian.

The FDA traced the condoms back to the original manufacturer, which was in Henan province in central China.

The police operation in Italy that busted the PRC nationals was able to collect 600,000 fake condoms. With this, we can’t help but wonder how many counterfeit products are displayed on store shelves all around the world. Such a dismay!