The First Lady definitely got the moves and she proved it during an appearance at the The Tonight Show starring Jimmy Fallon.

Mrs. Michelle Obama teamed up with Jimmy Fallon  and came up with a hilarious skit of “The Evolution Of Mom Dancing” in honor of the fifth anniversary of “Let’s Move”.

From “Shush and Tush” to “Getting a Bag from your Collection of Plastic Bags Under the Sink”, the dynamic duo dressed in matching cardigans wowed the audience with their killer moves.

The “Shush and Tush” 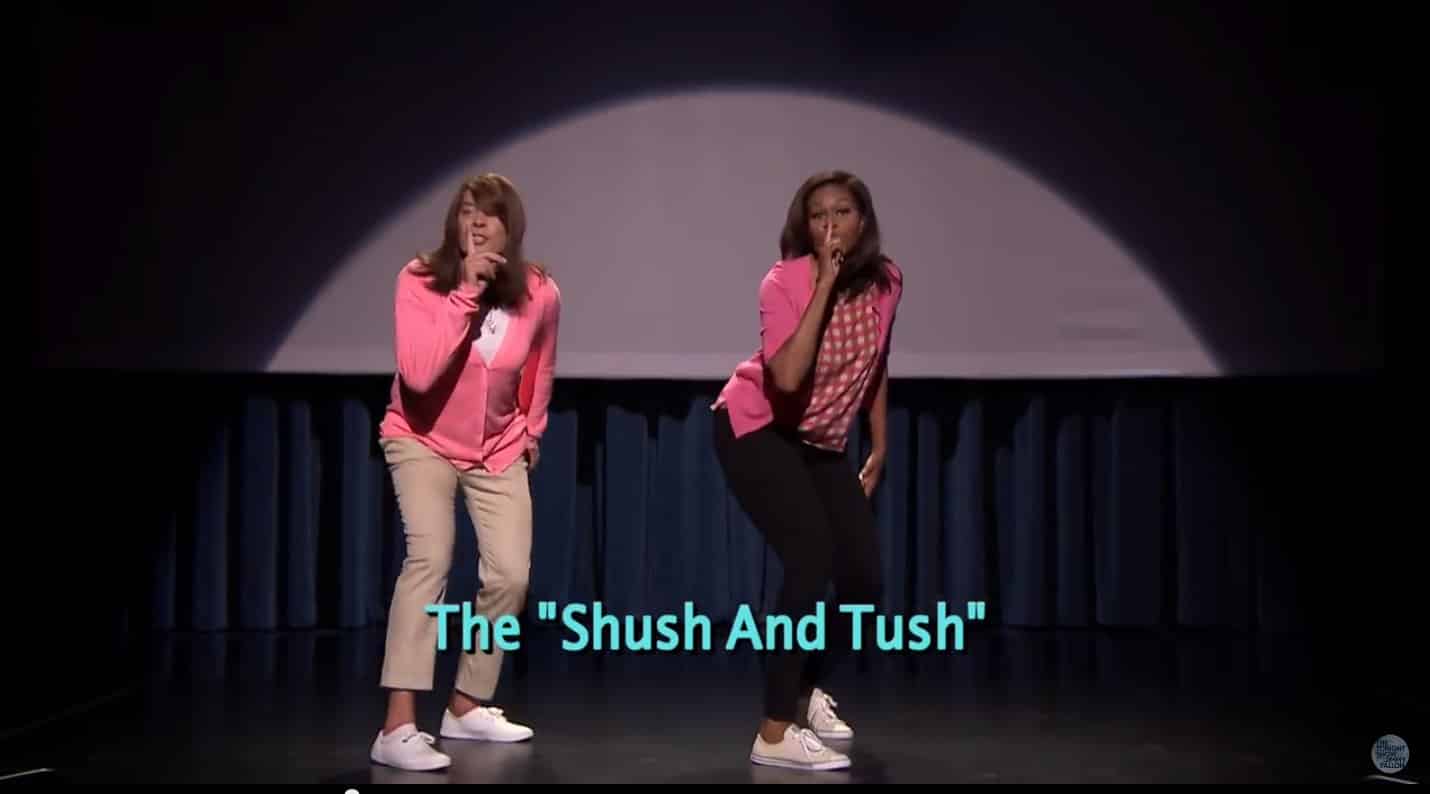 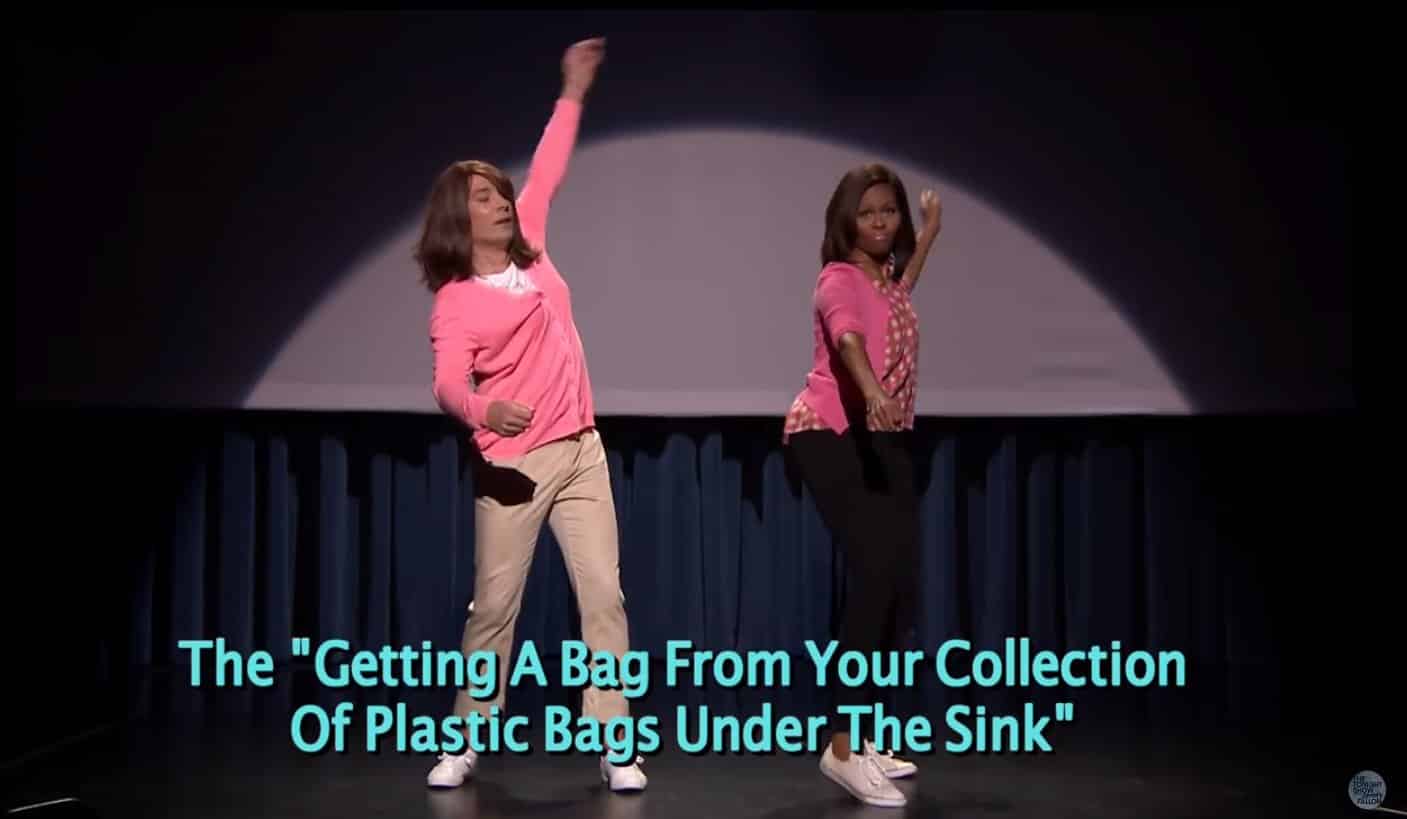 “Let’s Move”, an initiative launched by the First Lady herself aims to eliminate obesity among kids in America. As part of the initiative’s anniversary, Mrs. Obama challenged the funny host to showcase five new mom dances. In turn, Fallon challenged all moms across the US to share their mommy moves on social media with hashtags #MomDance and #GimmeFive.

So what’s the best part of the dance routine? You certainly need to see the “Barack Obama dance”. 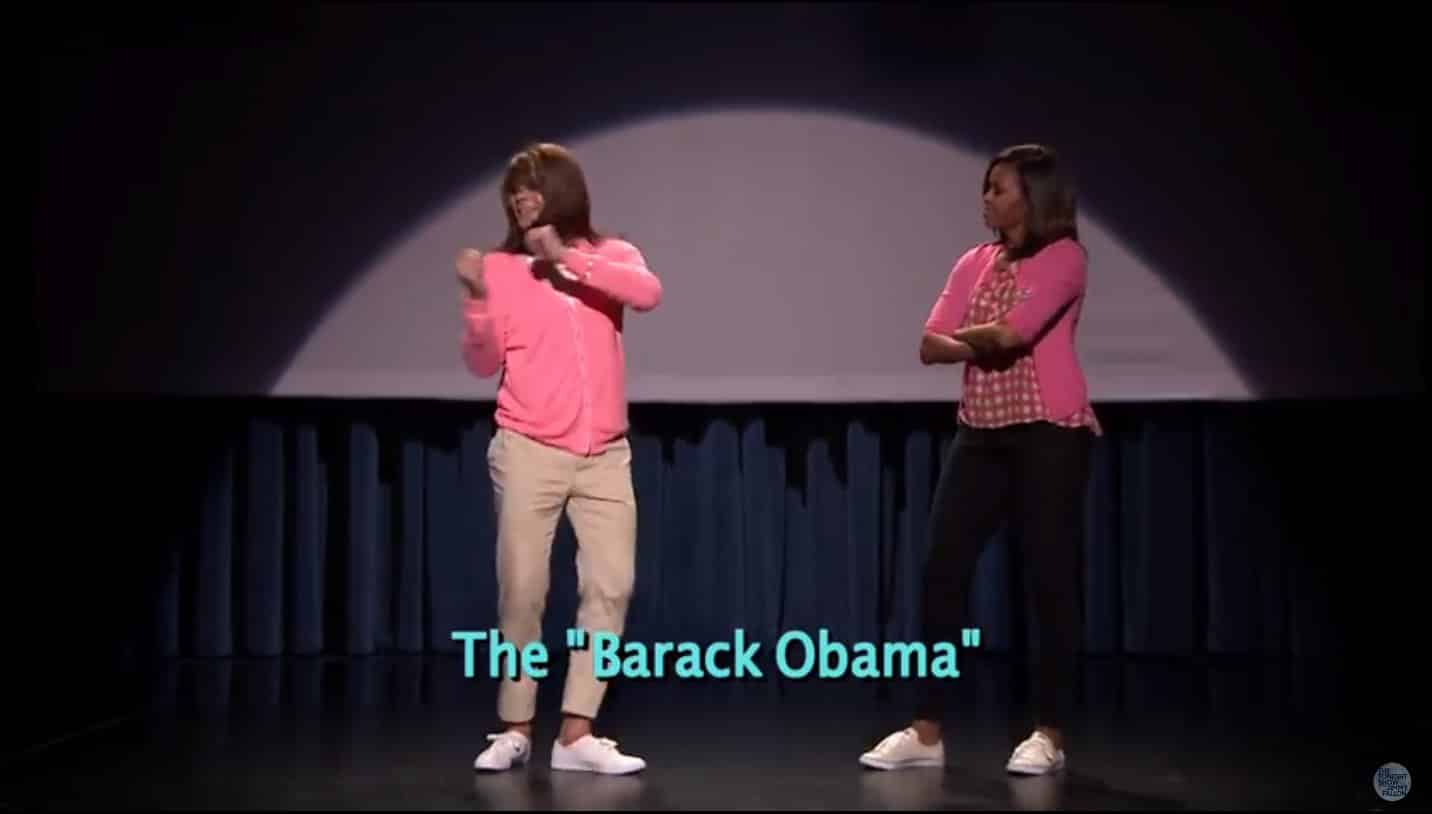